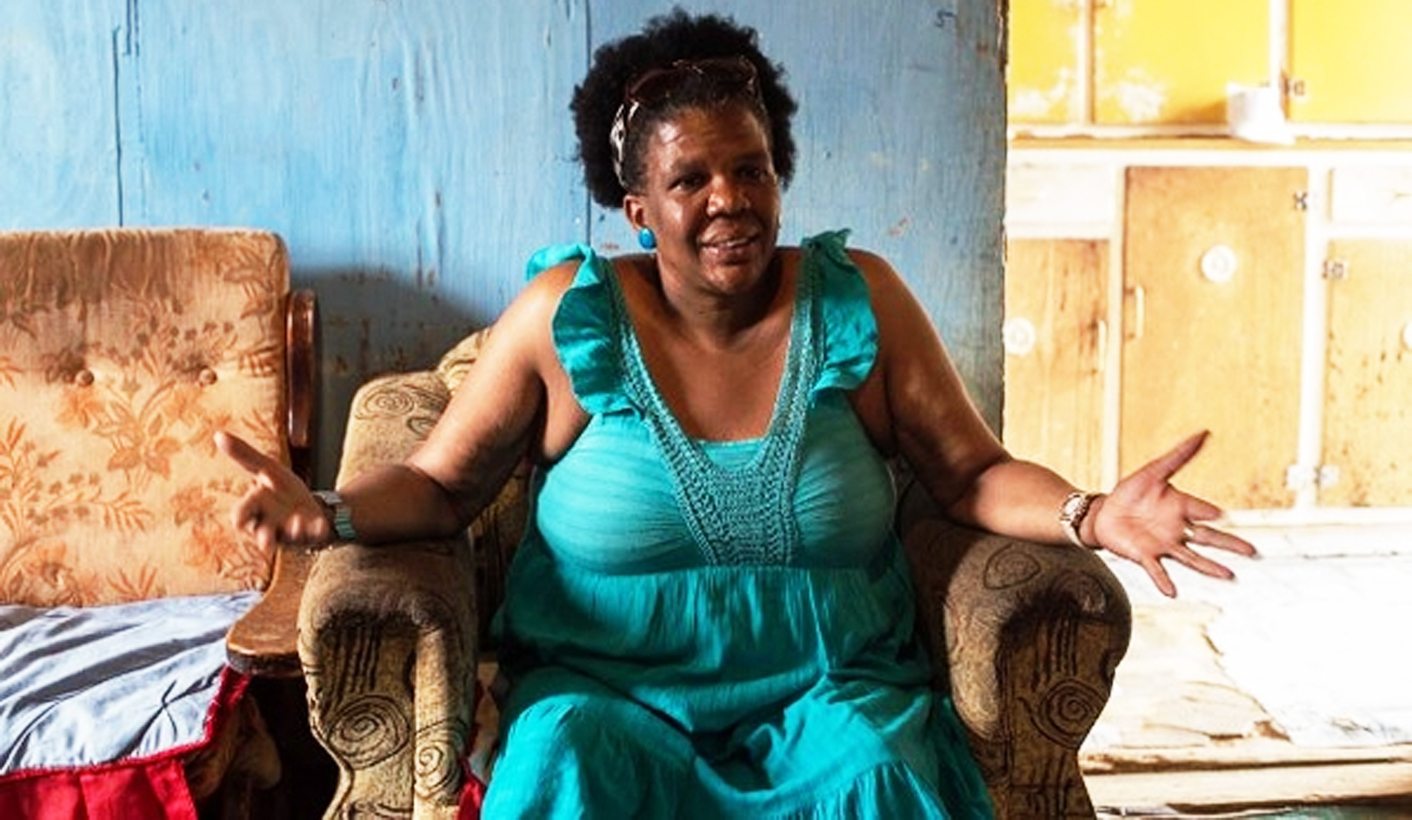 On Wednesday the National Union of Mineworkers announced that the five-week strike by workers at the Tormin mineral sand mine on the West Coast had been suspended. But the struggle of desperate workers is not over. By BARBARA MAREGELE for GROUNDUP.

Thembela Nkwalase, a single mother of five, has been employed as a cleaner at the Australian-owned Tormin mineral sand mine on the West Coast since December last year.

“In August, my salary was R1,200. What can I do with that? It’s only enough for food and electricity,” she said.

Nkwalase was one of nearly 200 Tormin employees, according to the union, who went on strike on 4 September over low wages and working hours after failing to reach an agreement with their employer at the Commission for Conciliation, Mediation and Arbitration.

On 10 September, clashes with police and security at the mine led to the arrest of 27 workers and Vredendal community members.

Mine management offered workers an 8% increase, but this was rejected by the National Union of Mineworkers (NUM) leadership.

This week, the NUM announced that the five-week strike was suspended on Wednesday. Nkwalase was among those who returned to work.

Nkwalase lives in the small township of Koekenaap, situated about 30 kilometres from Vredendal on the West Coast. She shares a two-bedroomed wendy house with her five children, aged between 10 and 26.

According to the Matzikama Municipality development plan, released in May 2014, Koekenaap has had “little to no economic growth” over the past few years.

In a community with high unemployment rates and very few job opportunities, the 41-year-old mother said she “jumped” at the opportunity to work at the new mine.

“When the mine first advertised jobs, I was excited to start somewhere new and to make more money. When I started in December, I earned R17 per hour and I worked a nine-hour day shift,” she said.

According to Nkwalase, growing tension between Tormin management and the workers flared after their wages had been cut without any consultation. “In April/May our wages were changed to new calculations,” she said. “The new arrangement worked out well for those of us who worked longer hours.”

“Then in July, my salary went from R3,500 to R3,200 and in August to R1,200. They [management] put up a notice that said they made a miscalculation. It said we would be paid for the hours worked with no overtime and not the basic salary we got before,” she said.

Nkwalase said she joined the strike as a “last resort” to resolve some of the issues raised by workers at the mine.

“We asked our supervisors and they couldn’t tell us what was going on or why we were now getting less money. This is when we decided to strike. I was put in jail for demanding my rights. I couldn’t take it anymore. All we want are answers,” she said.

Nkwalase made several allegations against Tormin and its manager Gary Thompson. However, when asked for comment, Tormin public relations consultant Anne Dunn refuted the allegations. She said: “There is no truth in these allegations.” [We have not listed the allegations at this stage because we have been unable to confirm them and they are potentially defamatory. – GroundUp Editor]

Dunn refused to comment further on the matter or provide GroundUp with information about Tormin.

“We weren’t allowed to bring our cellphones to work. As a mother, how will I contact my children during the day? What if there is an emergency, how will I know?” said Nkwalase.

“I’m struggling, but I’m still at home because we have to keep this fight going. I haven’t paid my accounts. People don’t understand how hard it is,” she said.

When GroundUp visited the community last week, tensions were high. Nearly half of the Tormin workers had decided to abandon the strike and return to work.

One of these workers, who asked to remain anonymous as he feared being victimised at work, said he could no longer afford to stay home.

“I have a family I need to take care of. I couldn’t sit at home anymore and wait for the union to get back to us about the negotiations. I need the money because I had nothing at the end of September,” he said.

The worker said he received a R1,900 Checkers food voucher the day he returned to work.

“When I went back, I was asked if I wanted to leave the union. I refused. Nothing happened to me. I just want to know how government could let a company operate like this?” he asked. DM

Main photo: Thembela Nkwalase is employed as a cleaner at Tormin. Picture by Juliette Garms.