Digital education: Getting the teachers on board 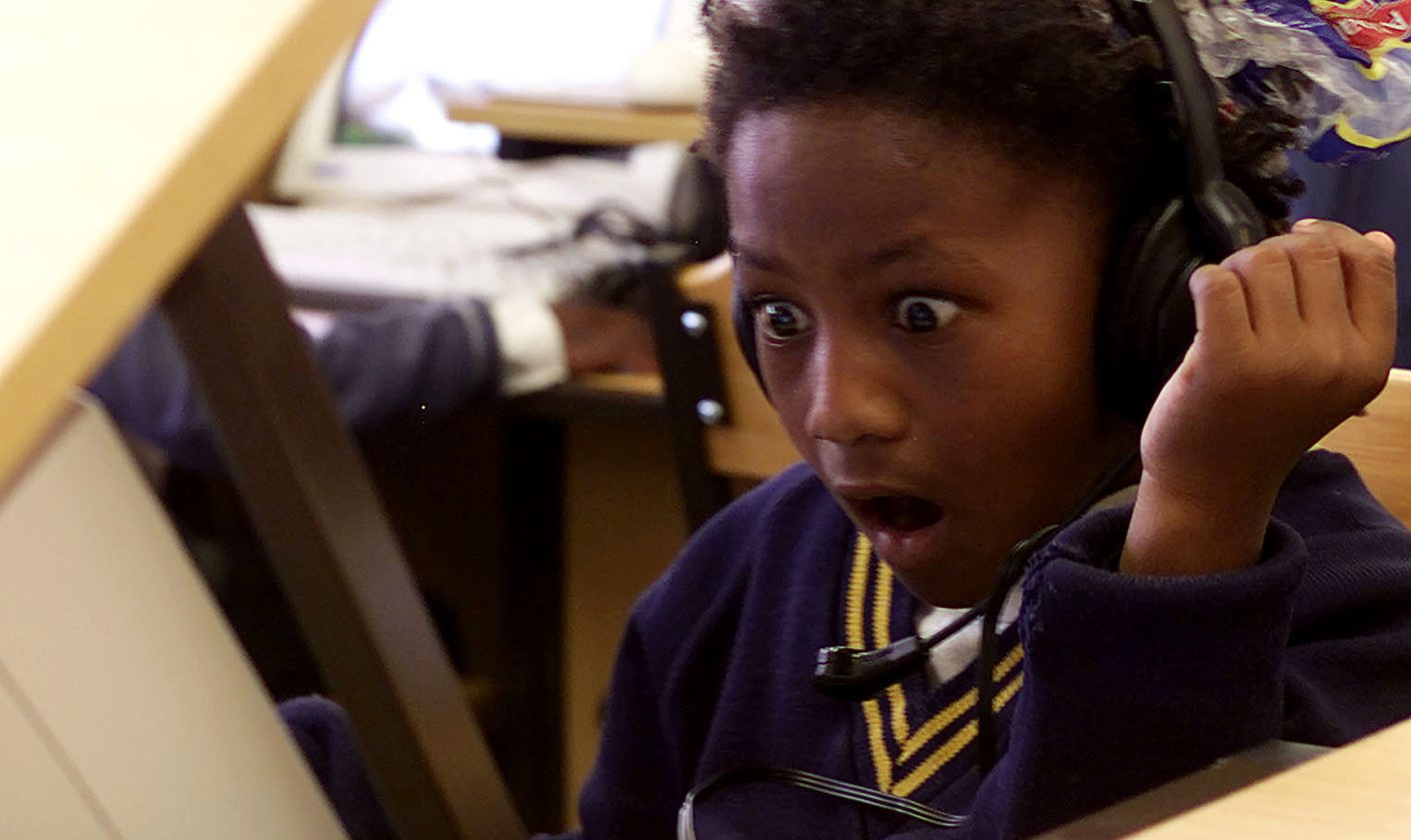 A partnership between the government, innovators and companies is finally ensuring that e-learning is taking its place in South Africa’s schools. But it remains challenging to implement, not least because many of the teachers required to facilitate it don’t know how to use it. The good news is that the government is largely receptive to investing in it as a tool to help repair the education system, and has signed on the dotted line with Via Afrika to start training teachers to use it. MARELISE VAN DER MERWE found out more.

With South Africa scoring an F in maths, science and literacy, it’s not difficult to see why companies, non-profit organisations and citizens are scrambling for solutions. In 2014, the World Economic Forum ranked South Africa bottom of a list of 148 countries in science and maths, while data from the national education evaluation and development unit revealed in 2013 that 13% of Grade 5 learners were illiterate, despite billions of rands’ worth of teacher training.

Certainly numerous innovators have designed e-learning solutions as one potential intervention. Daily Maverick previously reported on Slimkop, targeted at early childhood development, while a number of universities are also investing in digital learning centres. And it makes sense to go digital: South Africa, as many are aware, has one of the highest mobile penetrations in the world – the third-highest, according to Bizcommunity.com. Sources differ on the exact figures, but according to the Pew Research Center’s data, 89% of South African respondents owned a cellphone. According to the 2014 All Media Product Survey, 97% of the South African population could be reached by cellphone, with an average of 2.4 phones per household. Meanwhile, 34% of South Africans have a smartphone, and more than half have access to one. Tablet penetration, meanwhile, is on the increase, although currently a modest 5% of the population owns one.

So it’s hardly surprising that in a country where education is floundering, e-learning is something of a buzzword. In February 2015, the Western Cape Government announced that Helen Zille and education MEC Debbie Schafer had outlined the details of the e-learning project the provincial education department was rolling out – an initiative that will cost R1,2-billion over the next five years.

“This is a very exciting initiative that has taken years of planning and has the potential to make a major contribution towards improving the quality of teaching and learning in the province,” Schafer said.

The strategy includes various components, including the linking of schools through a high-speed, real-time wide area network as well as the provision of local area networks in schools; the refreshing of existing computer laboratories as well as the building of new ones; private sector and donor funding; and the development and expansion of online digital resources made available to all pupils, parents and teachers.

The plan is to be rolled out to Quintile 1, 2 and 3 schools, with the education department requesting donations for further assistance to Quintile 4 and 5 schools (wealthier schools). The SmartSchools project had the potential to “revolutionise” schooling in the province, said Zille.

But is e-learning the solution? No, says Christina Watson, CEO of Via Afrika, which has spearheaded a number of digital interventions across the country. It is a helpful tool when used correctly, but it is a mistake to view it as a panacea. The key, she says, lies with the teachers – and if you train them only to use the equipment without addressing the teaching methods, you’re wasting your time.

“The danger of e-learning is that people perceive it as a replacement,” Watson says. “You need to have digital content and a device. But it only becomes e-learning when the teachers are not using the device as a substitute, but really constructing a lesson where children don’t, for example, just write a paper on something; but go and do an interview that they support with music, or submit electronically to the rest of the class for input. Learning must be supported with technology, not replaced.”

The key difference, says Watson, is that e-learning – used properly – allows learners to progress at their own pace or, where an education system is damaged, gives struggling learners a chance to catch up once teachers have assessed them. “The major advantage of e-learning is that it enables you to give each learner individualised learning opportunities,” she says. “We [in South Africa] are teaching in class the way it happened in the 1800s. Now, with e-learning centres, we assess where each individual child is at, at a specific moment in time. On a device, you can take that specific child to where they are, and build them up from there. You have redefined the educational experience – when you have done that, then you can talk about e-learning.”

Via Afrika last week unveiled plans to launch their new Digital Learning Academy for teachers, in partnership with the Department of Education, through which teachers can also earn their required Professional Development Points through the Curriculum Assessment Policy Statements system. The academy will equip teachers not only to use digital devices, but also to understand social media as a teaching support; data management; using YouTube in the classroom; using slides, demonstrations and games; streamlining classes with Google forms; the use of various applications for teaching; gamification of lessons; learner evaluation; and finding information and tools online – in a nutshell, teaching more creatively.

It’s well-timed. Last year, a study revealed that while some 80% of South African schools had the infrastructure to support e-learning, the schools themselves were not ready for it. Teachers, the study showed, were simply not equipped to use it.

“There is overwhelming positivity towards the idea of e-learning, but most teachers aren’t equipped yet to use digital education tools,” content manager Micheal Goodman said at the time.

This, perhaps, is why the most crucial element of the Western Cape e-learning project is that it incorporates teacher training in information and communications technology and e-learning, although the government announcement did not go into detail regarding how much support teachers would receive.

Speaking to Daily Maverick, Watson explained that when Via Africa rolled out its pilot Via Afrika Digital Education Centres (VADEC) initiative, project leaders were insistent on one key thing: that teachers had to be involved at every level from the beginning, not just in learning to use the technology, but in the different teaching methods required in using e-learning. The issue learners were facing, Watson pointed out, was often a combination of factors: a lack of resources, lack of training, lack of engagement – and it happened that the VADEC project addressed all of these through the medium of e-learning. Over the period of a year, VADEC facilitators worked with the teachers regularly, covering all the bases necessary. “We started with the basics: how do you switch it on?” says Watson. “But we went all the way through to lesson plans. And we were amazed at how it was embraced.” The team also gave lessons to teachers in Cape Town via Skype.

The VADEC project is located at three rural schools: Ithemeleng Primary school in Reddersburg, Free State; Thabantsho Primary School in the village of Senwabarwana in Limpopo; and Sohlazane Primary School, located in the Tjakastad informal settlement in Badplaas, Mpumalanga. The team refurbished shipping containers and equipped them as digital education centres, supplying each with 15 first-tier Android tablet devices. The tablets were loaded with the latest educational apps and electronic textbooks developed by Via Afrika, and staff proceeded to open the centres not only to learners, but also to community members and teachers.

The response was significant. Preliminary testing showed that prior to the VADEC initiative, 17% of Grade 6 learners across the three schools were reaching the minimum level required to be promoted to the next grade in mathematics. However, after VADEC had been in place for six months, 51% attained that level. In Limpopo, students in Grade 5 attained a 22% increase in the average maths mark. Students across all age groups visited the digital education centres (DECs) in the holidays, working on practice test papers. “Who would do that if the test were on paper?” says Watson. “It engaged them because it was fun – it was a game. They wanted that gratification of getting the score immediately, getting the validation of doing well, the same way one does playing a game.”

This idea of digital engagement motivating learning is not unsubstantiated – a recent study in Ethiopia, for example, showed that a group of children who were given tablets but no teachers not only figured out – without instructions – how to use the devices, but began teaching themselves to read.

For the teachers, too, the training was a revelation. “Our best case was one elderly teacher who initially said, ‘Technology came after me; I can never do this’,” says Watson. “When we showed her that it could make her life so much easier – she didn’t have to make photocopies and hand out papers; it could simplify the marking process and keep learners more engaged and therefore more disciplined – she said it changed her life. She was one of the first to embrace it.”

According to Watson, the DECs further assisted learners with language and communication, simply because the use of the applications forced them to read constantly, as well as communicating with both teachers and Via Africa staff – which made them more proficient both in English and their mother tongues.

Having achieved significant success in the pilot phase, Via Africa has now pitched the VADEC formula both to the Department of Education and to companies for further funding, with the intention of rolling it out to other schools. “We can now go to corporates and say, ‘This is a tried and tested intervention; invest your CSI in this and we will run the whole project.’ We are launching our first corporate deck in January. It’s a fresh new thing and there’s a lot of interest in it. Corporates are looking for something that is accountable that and that shows there is improvement. It’s not cheap – it costs about R1-million for one. But it does deliver,” says Watson.

She adds that the Department of Education has been enthusiastic. “We had an extremely positive response from government,” Watson says. “I haven’t had a government official that wasn’t excited. Everybody feels that this is the way to go, and I think they were very grateful that we now have something tried and tested with the example of a positive result. They were keen to partner with us.

“We all expect the government to change and there’s so much criticism, but they are actually doing quite a lot – great things – it’s just such a daunting task. Really, it’s the responsibility of every single citizen to help. If you change the life of even one child in one of these schools, that’s something.” DM

Photo: Eight year old Jenni-Lee Mason stares in awe as she uses a computer for the first time at a township school in Cape Town, August 22, 2000. (Reuters)