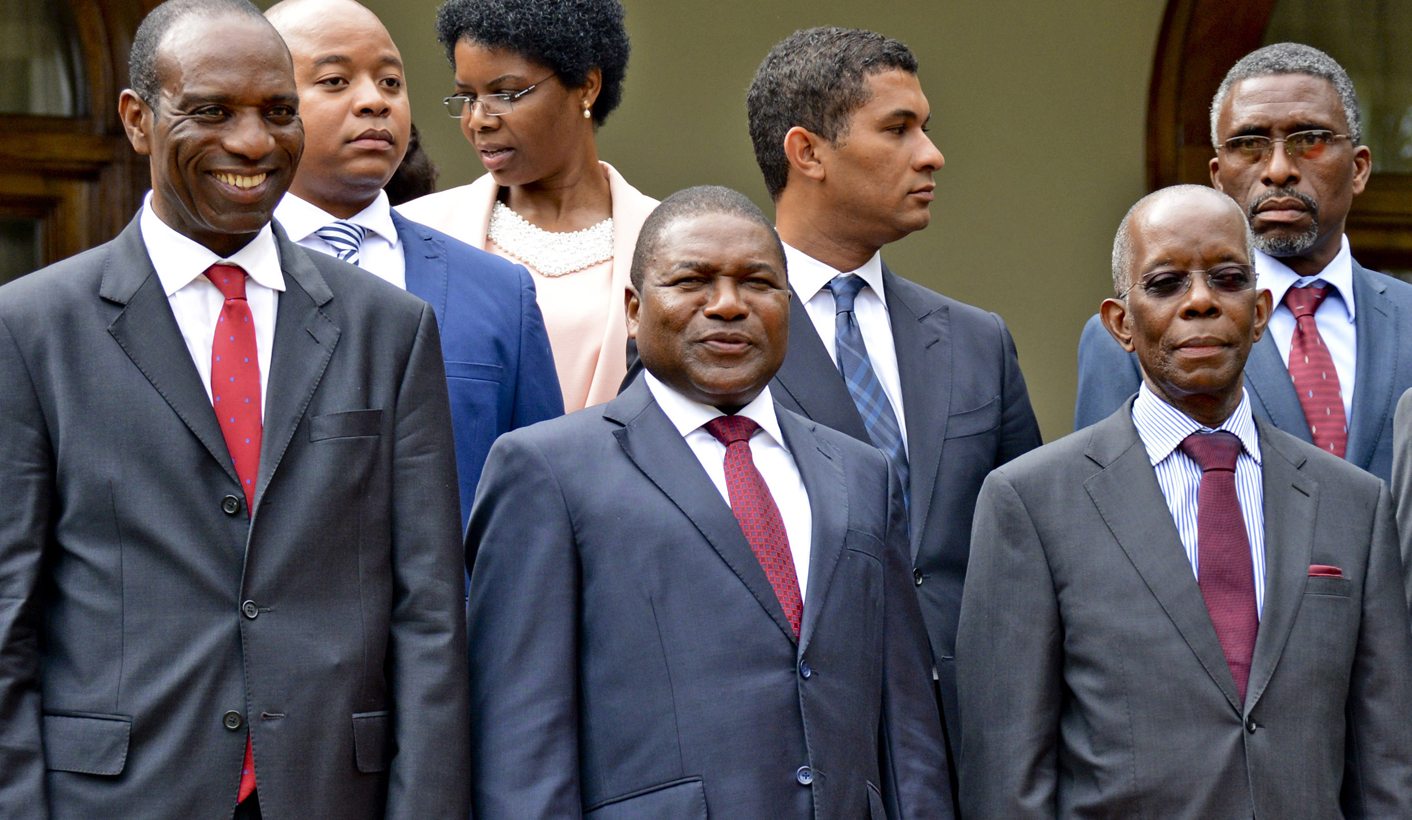 Following months of aggressive rhetoric and threats, Mozambique may be on the brink of yet another armed confrontation. After 15 years of civil war and 17 months of confrontations in 2013-2014, a renewal of fighting could further set back one of the world’s least developed countries, and both the government, led by the Frelimo party, and the opposition Renamo movement have their fair share of blame. By IAN SCHECHTMAN.

On September 12, the convoy of Renamo leader Afonso Dhlakama was shot at in Mozambique’s central Manica Province, and a journalist for a Portuguese newspaper present at the scene claimed the attackers were police agents. Less than two weeks later, on September 25, Dhlakama’s convoy was once again attacked in Manica. The opposition calls both incidents assassination attempts by the government, despite repeated denials.

Nevertheless, in a continent marked by persecution of opposition leaders and supporters, these incidents did not occur without provocation from Renamo – and they are a concerning sign that Mozambique may be backsliding into conflict.

Since the October 2014 elections, which Frelimo’s Filipe Nyusi won, Dhlakama has claimed that the vote was rigged and that he was the legitimate winner, despite international observers deeming the polls credible. After having demands for a transitional unity government rejected, the opposition leader called for autonomy for the central and northern provinces of Sofala, Manica, Tete, Zambezia, Nampula and Niassa. Renamo would govern these provinces as, according to the party, it received a majority of presidential votes in these locales. Unsurprisingly, Frelimo’s absolute majority in parliament shot down Renamo’s bill.

Rejecting this rejection, Renamo increased its threats of armed activity while reinforcing its political demands. Dhlakama tweaked his proposal to have, for all provinces, a governor selected by the respective provincial assemblies instead of by Nyusi, as is currently the case. In the meantime, renewed clashes were recorded in northern Tete province in June, July and August.

Making things worse, Dhlakama announced the interruption of the political dialogue with the government and – more worryingly – the creation of two new military headquarters in Zambezia and a parallel police force to secure Renamo-controlled provinces. This entire disputes-clashes-assassination attempt sequence seems a repetition of October 2013, when, after a number of Renamo attacks, government forces stormed the opposition’s Satunjira base where Dhlakama was living. Denouncing an assassination attempt, the movement announced the end of the 1992 Rome Peace Accords and intensified its armed activity.

The recent events could lead to a similar cancellation of the 2014 agreements and an intensification of already reported armed clashes. While Dhlakama minimised the September 12 and 25 incidents and promised not to retaliate, Renamo’s secretary-general claimed all means would be used to avenge the alleged assassination attempts ordered by Nyusi. If calm is now to follow, an understanding between the sides must be reached, satisfying intricate demands.

The most pressing issue for the government is the disarmament of Renamo’s “residual forces”. This was central in the 1992 and 2014 agreements, yet there has been little progress. In deadlocked talks spanning almost three years, the government demands a complete list of Renamo fighters so that positions in the military and police can be allocated. The opposition, on the other hand, demands shared control of the army and police prior to presenting the list of their fighters, ensuring a chicken-egg dilemma that neither side is willing to solve.

Renamo is justifiably concerned that such a list would allow its military wing to be neutralised. Nevertheless, the opposition simply seems unwilling to disarm, the reason being that, by sustaining the threat of armed conflict, Renamo and Dhlakama are able to maintain their political influence, which would be minimal otherwise since Frelimo dominates the parliament. Furthermore, Dhlakama, who has unsuccessfully disputed every presidential election since 1994, maintains his ambition to rule Mozambique.

The proposal for provincial autonomy – regardless of its merit – is part of this quest for power, and would compensate for the party’s electoral defeat. A crafty leader, Dhlakama has historically taken advantage of different events to proclaim the need for and justness of his every proposal, while escalating his rhetoric against the government and promising calm once his ever-changing demands are accepted. All the while, Renamo has slowly attempted to change the reality on the ground, as evidenced by efforts to establish a parallel police force and military headquarters.

In this context, Dhlakama’s promises of not retaliating cannot be taken at face value, as he has mastered the art of reinterpreting past statements in ambiguous ways that defend seemingly contradictory actions and affirmations. As mediation attempts have not yet gathered traction, Renamo will likely respond to the September shootings. This retaliation will probably be focused in the provinces of Manica, Nampula, Sofala, Tete and Zambezia, in attempts to weaken the government, consolidate the movement’s control of these regions and impose by force the autonomy it demands.

Additionally, the opposition may resort to its tested tactic of ambushing convoys along the EN1 road that links the country from north to south. While Maputo will remain safe, the economically important mining industry and the significant natural gas reserves the country intends to export are mainly located in the central and northern provinces. The use of this modus operandi, which was threatened by Dhlakama in June, could thus significantly disrupt business activities in Mozambique.

Meanwhile, Dhlakama will continue to announce a willingness to meet the president and end hostilities, as long as he receives reassurances that his proposals will be accepted. However, Frelimo, enjoying and exerting unmatched control over the country’s politics, has not shown significant willingness for concessions, making an agreed political solution to the current crisis unlikely. This leaves Renamo with its historical path for retaining relevance: the threat and use of violence.

While hope remains that peace will prevail, perhaps it is time to start drafting the third peace agreement between Frelimo and Renamo. DM

Ian Schechtman is a senior intelligence analyst at Max Security Solutions, a geopolitical risk consulting firm based in the Middle East.