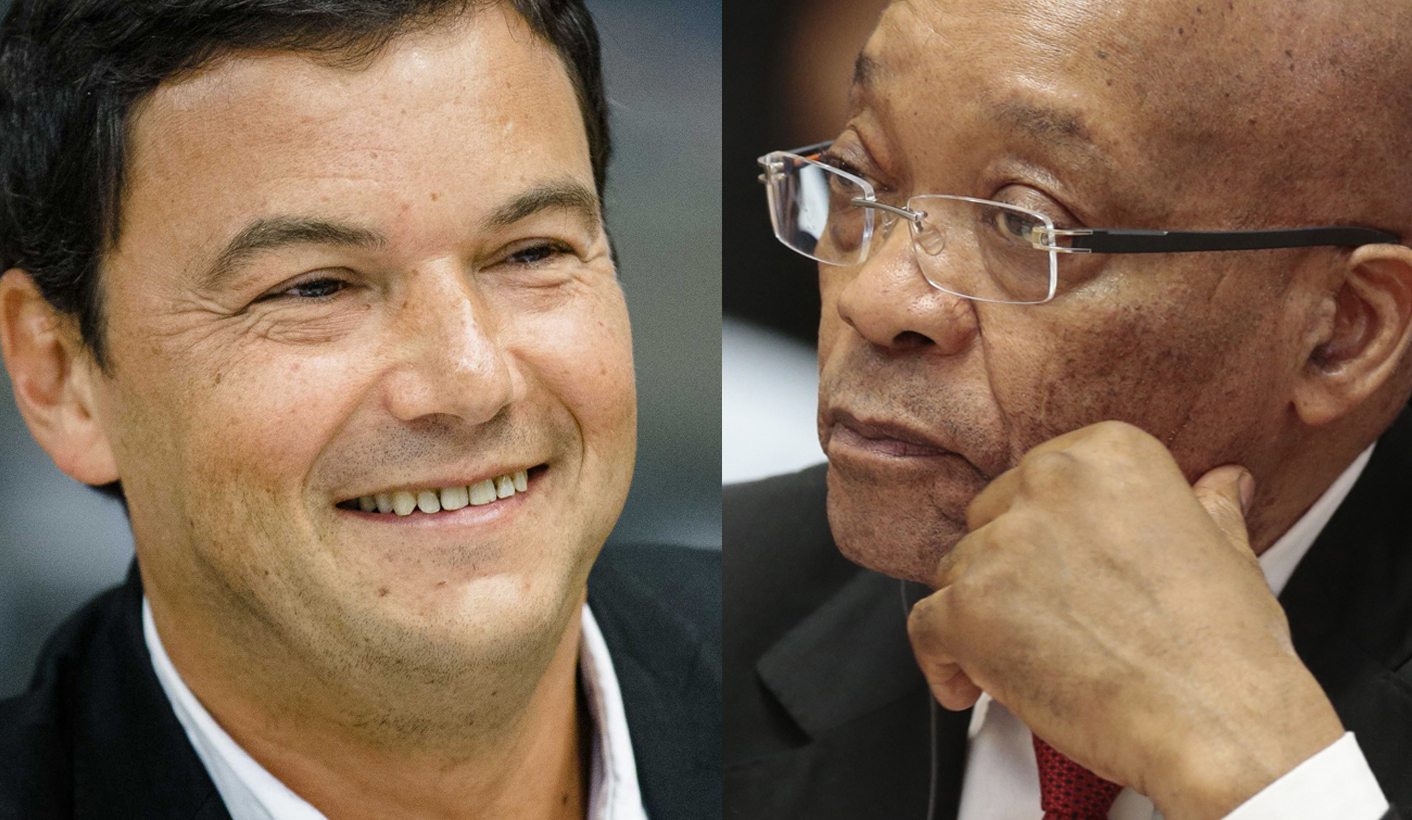 Emerging from the African National Congress’s national general council, the news that the ruling party is considering implementing a ‘wealth tax’ is certain to set some moneyed hearts a-flutter. It’s not a new idea, but it seems it might be being taken more seriously now than previously. REBECCA DAVIS considers the notion with some help from financial minds.

Was it ‘rock star economist’ Thomas Piketty’s recent trip to South Africa that pushed the idea of a ‘wealth tax’ up the African National Congress’s (ANC’s) agenda?

The suggestion has, in fact, been out there since the transition to democracy – though at points it has been envisaged as applying only to white South Africans. Such a tax was broached during the process of the Truth and Reconciliation Commission, but it was proposed as a once-off levy. Archbishop Desmond Tutu reiterated the call in 2011, saying he hoped white South Africans would themselves “agitate” for a wealth tax to be imposed on them.

Much more recently, the ANC Youth League passed a resolution early last month calling for the introduction of a “wealthy tax targeting the super-rich, in order to raise additional revenue to finance the development-oriented programmes like the National Health Insurance fund, [and] the NSFAS (National Student Financial Aid Scheme)”. The league was due to present this and other economic policy proposals to the ANC’s national general council meeting last weekend.

Alliance partners the Congress of South African Trade Unions, meanwhile, included a wealth tax on the memorandum of demands it submitted to the government during its march last week. “We want [government] to tax the people who live in Clifton and Sea Point,” Western Cape general secretary Tony Ehrenreich told union members in Cape Town.

While the idea has been in the ether for a while, no doubt Piketty’s recent words on the matter didn’t hurt. Speaking at the Nelson Mandela Foundation lecture in Johannesburg, Piketty pointed to South Africa’s inequality levels – whereby the top 10% of the population earns between 60% and 65% of the pie – and suggested that a wealth tax and a minimum wage could provide a way forward in levelling the playing field.

While this wealth redistribution would have positive effects on its own, Piketty said there was another bonus to the plan. As a result of the asset declaration, the government would be able to build up a clearer picture about who owns what in South Africa, and target future inequality measures accordingly.

The ANC hasn’t indicated what form its mooted wealth tax would take: whether the party would follow Piketty’s model, or initiate something quite different. All ANC economic transformation head Enoch Godongwana would say on the matter was that “consideration must be given to explore its feasibility and applicability”.

If we hypothesise that a South African wealth tax might look something like the one proposed by Piketty, though, what would financial experts make of it?

“Let’s be clear about what his proposal means,” financial analyst Stuart Theobald told the Daily Maverick.

Theobald points out that entrepreneurship inevitably entails initial loss-making years in which most cash flow is invested in growing the business. As a result, entrepreneurs might lack the liquidity to settle an additional tax bill.

“Taxes on assets therefore imply the possibility of losing control of an asset, which couldn’t be a bigger disincentive to entrepreneurship,” Theobald says.

“Piketty’s focus on inherited wealth means his book is rather silent on entrepreneurship and what stimulates it. He also has little to say on the economic impact of entrepreneurs. But it seems to me that if you are a country that is in serious need of entrepreneurs, a wealth tax is not a good way to stimulate them.”

“The motivation for a wealth tax is sound, with wealth in South Africa being highly unequally distributed,” says economist Gilad Isaacs. “We do, however, need much more detailed research into the distribution of wealth in South Africa. One thing which makes such research difficult is the lack of disclosure, and forcing openness is one reason why Thomas Piketty advocates such a tax. With or without the tax, this must be taken forward.”

Both Theobald and Isaacs agree, though, that the implementation of a wealth tax will present practical difficulties.

“How do you value assets in order to levy a wealth tax?” asks Theobald. “If it’s a portfolio of listed shares, it’s easy enough, but if it is a hard-to-value company, like your chain of petrol stations, it becomes very difficult. The value of something is only what someone else is willing to pay for it, and if it has never been sold, that price is invisible. Financial analysts can estimate values, but this is far more art than science.”

Isaacs acknowledges that the valuation problem is tricky, pointing out that “the value of assets is in constant flux”.

Theobald also asks what would happen if the value of your assets suddenly falls. “It is interesting that those on the Forbes billionaires list change so regularly – indicating that fortunes are destroyed as well as made,” he says. “Will you get a tax credit if your wealth declines? Or will you continue to pay a percentage of it regardless of what happened to its value during the course of the year?”

There are, Isaacs believes, a number of other taxation possibilities which might be easier to implement than a wealth tax in the short term.

“These include: steeply progressive and higher income tax, restricting legal and illegal capital flight and tax evasion and avoidance, higher capital gains taxes, higher property taxes on expensive homes, and a tax on financial transactions,” Isaacs says. “Many of these ideally need international cooperation to implement. All of these, as well as a wealth tax, need careful study.”

In Theobald’s view, South Africa already has a wealth tax in place: the capital gains tax.

“It is infinitely more practical – instead of a blunt annual tax levied on all wealth, you instead levy a tax on capital gains, which occur on specified taxable events. Such events are on the sale of the asset, or the death of the owner,” Theobald says.

“The bottom line with respect to the ANC’s idea is this: a wealth tax is likely to damage entrepreneurship and therefore economic growth, and it will be considerably less practical to impose than our existing capital gains tax regime, which achieves pretty much the same outcome using far more practical tools.” DM