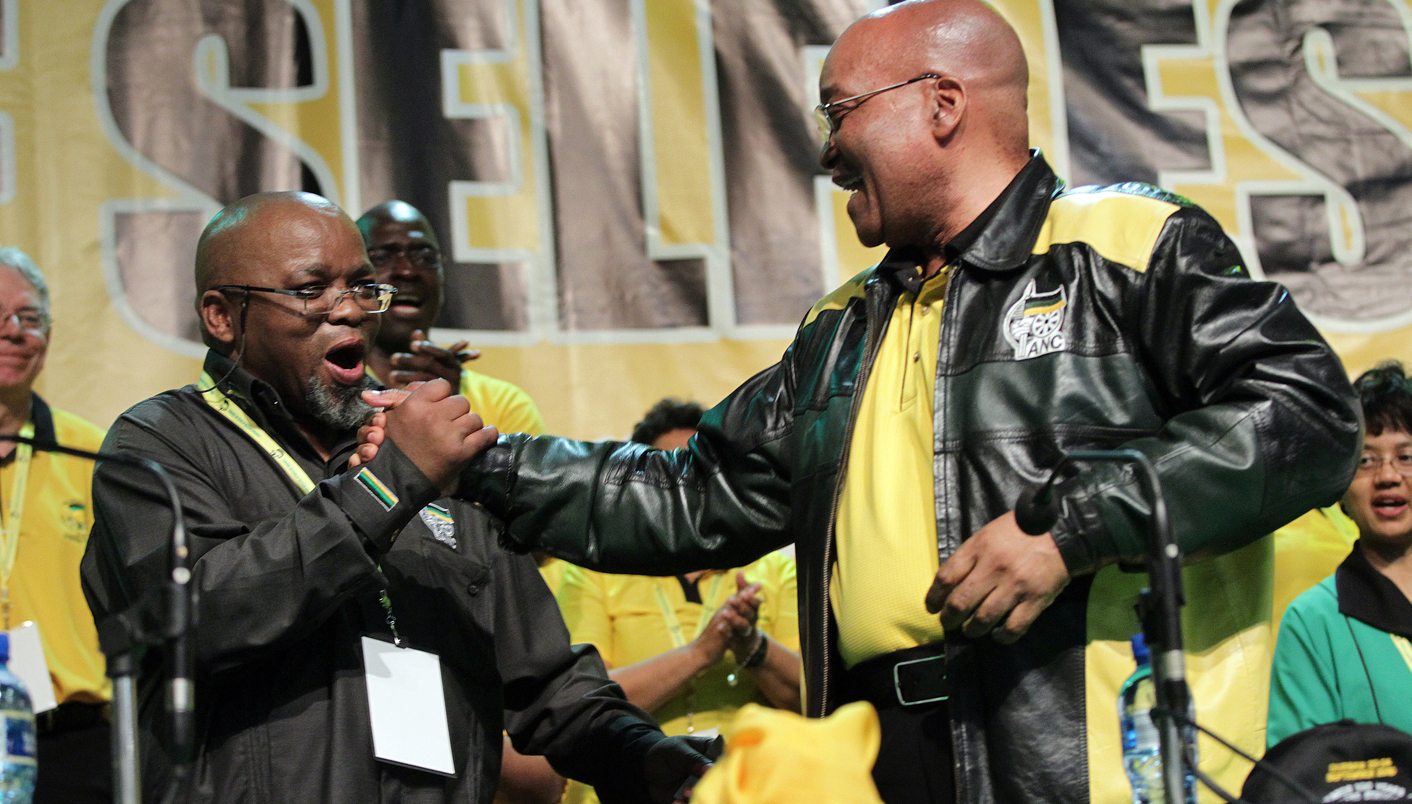 The ruling party has recorded a massive and unprecedented plummet in membership. President Jacob Zuma told the opening of the ANC’s national general council (NGC) in Midrand on Friday that a frank assessment was needed as the party’s traditional support base were unhappy and choosing to abstain during elections. The president revealed that the ANC’s membership had dropped to 769,870, a drop of 450,187 members. In his organisational report, secretary general Gwede Mantashe told delegates that ANC branches were “polluted” by factional politics and the party was at risk of “being sold to the highest bidder”. By RANJENI MUNUSAMY.

A day before the start of the ANC NGC, Gwede Mantashe told journalists that President Jacob Zuma’s political report might be closed to the media. It was later decided that the president’s assessment of the country and the organisation would be open. It is now clear why there was consideration given to keeping to keeping the report secret.

Both Zuma’s political report and Mantashe’s organisational report, which was presented during a closed session on Friday afternoon, paint a dire picture of the state of the ANC. The president lashed out at those who are ill-disciplined, engage in factionalism and act as “kingmakers” in the ANC. His comments on kingmakers comes in response to widespread reports of the existence of a “premier league” that is exerting influence on ANC structures to determine the outcome of leadership elections.

Zuma said the ANC needed to acknowledge the fact that its majority has not been growing during each election.

“Some of our traditional voters have in recent years become dissatisfied and some have chosen to abstain during elections, demonstrating their displeasure while still remaining loyal to the ANC. We must not take this support and loyalty for granted nor think it will be there forever.

“The NGC needs to undertake a frank assessment of the state of the organisation and identify those issues that make our traditional support base unhappy,” Zuma said.

“One of the complaints raised by our people is the impression of lack of discipline within the organisation and that people do as they please and undermine the authority of the ANC with impunity. The ANC must not tolerate ill-discipline, hooliganism, violence and other negative behaviour,” Zuma said.

Zuma also slammed manipulation, gate keeping or the bulk buying of membership with ANC members being “used as voting fodder or to rubber stamp decisions of those who control the affected branches”.

Zuma lashed out at factionalism, saying it was “a serious cancer that needs eradication in our movement”.

“Some of these factions are not based on ideological differences. They exist because of greed and the hunger for power, which, once obtained, is abused to take control of state resources and to further business interests. The existence of factions and other tendencies tends to intensify in periods leading up to elective conferences.”

The president also said there was no such thing as “kingmakers” in the ANC. “There is no structure or league of the ANC that has been accorded the status of being a kingmaker,” he said. “This notion undermines the internal democracy and authority and centrality of the branches of the ANC.”

Zuma said while the ANC “does not discourage healthy competition for positions of leadership and responsibility”, such competition must not take away the fundamental right of branches to decide who they want as leaders.

In his organisational report Mantashe said ANC branches were “polluted by factional politics, which are fast becoming the norm”. He said factions were not about ideology but about spoils.

“Fundamentally they support a particular line-up to conferences with an expectation to be favoured and serviced for the whole term of that line-up, by being given tenders and contracts or getting deployment ahead of deserving cadres of the movement,” Mantashe said.

He said the ANC had also observed the “corporate capture” of the party at all levels where businesspeople fund individual leaders, their campaigns to popularise them and spend “huge resources throwing dirt at imaginary enemies in the organisation”.

These businesspeople get contracts and tenders in return, even when they have no capacity. They thus weaken the capacity of government to deliver, Mantashe said. “The NEC has decided that this must be confronted and culprits named publicly,” he said.

“The risk is that of the ANC being sold to the highest bidder, with leadership structures becoming gatherings of various business interests. This poses a threat to the ANC, that of losing the essence of what it stands for and have its image dented in the eyes of the public,” Mantashe said.

Zuma and Mantashe’s reports are expected to provoke robust discussions at the NGC, all of which will be closed to the media. But a clear message has now been sent out by the top leadership – the ANC, for the first time in post democracy is in serious trouble. DM