ANC NGC, Day One: Kingmakers, falling membership and the security services under spotlight 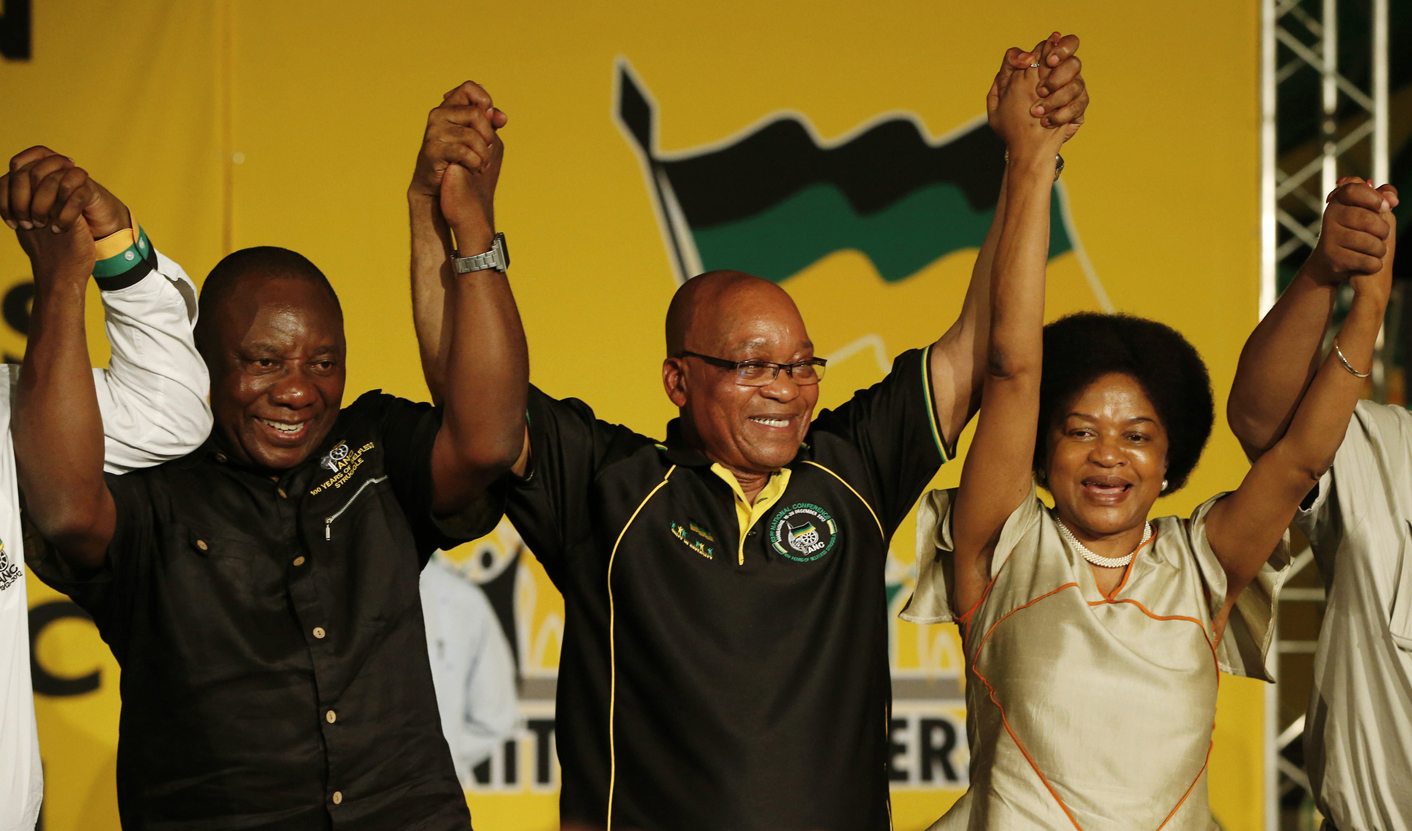 On Friday both President Jacob Zuma and ANC secretary general Gwede Mantashe outlined some of the major problems facing the ANC. Issues around gate-keeping, the loss of members, the rise of the "Premier League", all of them confronted, with the kind of honesty that the party often displays during its conferences. But, talking about the problems isn't going to necessarily fix them. The real problem facing the ANC now is one of structure, and the problem of a party that has its origins in a racial struggle. By STEPHEN GROOTES.

Perhaps the sound byte that received the most airtime in the radio and TV bulletins on Friday afternoon was Zuma’s claim that there are “kingmakers”, or people who think they are kingmakers in the party.

“There is no structure or league that has been accorded the status of being a kingmaker” was the money-quote.

It has been widely, and probably correctly, been seen as a dip at what is now becoming called the “Premier League” of three provincial leaders in the Free State, the North West and Mpumalanga, Ace Magashule, Supra Mahumapelo and David Mabuza. The comments have accompanied the usual public concern about the use of “slates”, or groups of leaders running together, that accompanies these conferences. On Friday morning, ANC Treasurer Zweli Mkhize told the Midday Report that dealing with this issue was very difficult because of the “self-interest” involved.

While many may praise Zuma for these comments, the problem really is that he has not provided any solutions. There are some who are so cynical by now about his own interests and intentions, that they may even believe he is only saying this about the “Premier League” because he has to, when in fact his own personal interests are aligned with the interests of the “Premier League”. That would lead to a much more interesting question about why he feels he must say this; is it a sign that he and they are actually facing strong opposition in the party that he must appease?

It is also interesting to examine what Zuma is saying now, that he is the incumbent coming to the end of his term. When Thabo Mbeki was in the same position in 2007, the ANC Youth League under the Washington Post’s favourite tweeter claimed it was a king-maker. And Zuma did not appear to take issue too strongly with that.

And of course, do we need to remind anyone that he himself came to power on a ‘slate’?

It is also not the first time an ANC leader has talked about the manipulation of branches; we’ve had this problem for a long time, and it is very very difficult to stop, simply because it is a system that leads to power. If you have money, you can buy a branch, you then land a government contract, and you have more money. It is, for a certain kind of person, a virtuous circle. And once you make enough money, you are able to stop any kind of move to change this situation. Exhibit A, the NEC, you might say.

The issue of membership loss is also grabbing headlines, but possibly for the wrong reasons.

Both Zuma, and Mantashe appear to bemoan the loss of members over the last few years. The party had over a 1.22 million members in 2012, it now has just under 770,000. It may seem heresy to say this, but so what? The original massive figure was inflated anyway, as it happened just before the ANC’s 2012 Mangaung Conference. It is sometimes forgotten now, but many of the branches of the ANC battled to get a quorum of their members to actually vote on their preference. And if someone joins the ANC but can’t be bothered to make it to the most important meeting of their branch in a five year period, the one time when one person can make a real difference to the future of their party, then surely they were a member in card only.

It also seems to be unquestioned that big is better when it comes to party size. It is simply not true that a bigger party only has advantages. In a real world, it has many many disadvantages, including making it harder to make any form of policy. There are plenty of countries where smallish parties have performed better at the ballot box than parties with more members. The Labour Party in the UK has more members than it’s ever had, and doesn’t appear to be threatening the Conservatives in any way.

One of the more interesting, and quite unexpected, comments in Mantashe’s organisational report has to do with the police. It says this:

“The apparent infighting at the leadership level of the SAPS in particular, and the Security Services in general is not helpful either, as it tends to confuse society. When there is confusion at that level, criminals become more confident and begin to target law enforcement officers for attack”.

This is surely a reference to the repeated and on-going disputes involving the head of the Hawks, Berneng Ntlemeza, the head of the Independent Police Investigative Directorate Robert Macbride, and of course, the National Police commissioner General Riah Phiyega. It is a long and complicated saga, but they all seem to be fighting with each other over various issues, while Phiyega of course has Marikana literally hanging around her neck. It is also an echo of what the Gauteng ANC said this week, when it called for stability in the criminal justice cluster.

What is not mentioned in the organisational report at all is that this situation is surely created by people appointed by Zuma, like the Police Minister Nkosinathi Nhleko, who appointed Ntlemeza, despite the fact he has been found to be a liar by a judge. Zuma has refused to suspend Phiyega at this point, despite strong evidence that she should go.

To be more blunt, if the ANC is not able to call its leader to account over these issues, how can it have any hope at all that things will actually improve. It is surely, as it always is, about real power. Zuma has it at the moment, and the people bewailing this situation do not. But it is interesting that clearly some in the ANC are now getting deeply worried about what is happening in the police and security clusters. Still, it seems unlikely that they have the support to take on Zuma over these issues.

Overall, if one goes through the organisational report, and listens to Zuma speak, one could be stuck in the texture of it all that seems uniquely South African. But in fact, this is really a process that is to be expected. It could be that the ANC is really just beginning to see the beginning of class struggle within, where some of the factions may represent people of similar interests. In other words, different classes in the ANC are beginning to assert themselves, which will lead to further tension and conflict.

And that is very difficult to manage indeed. DM