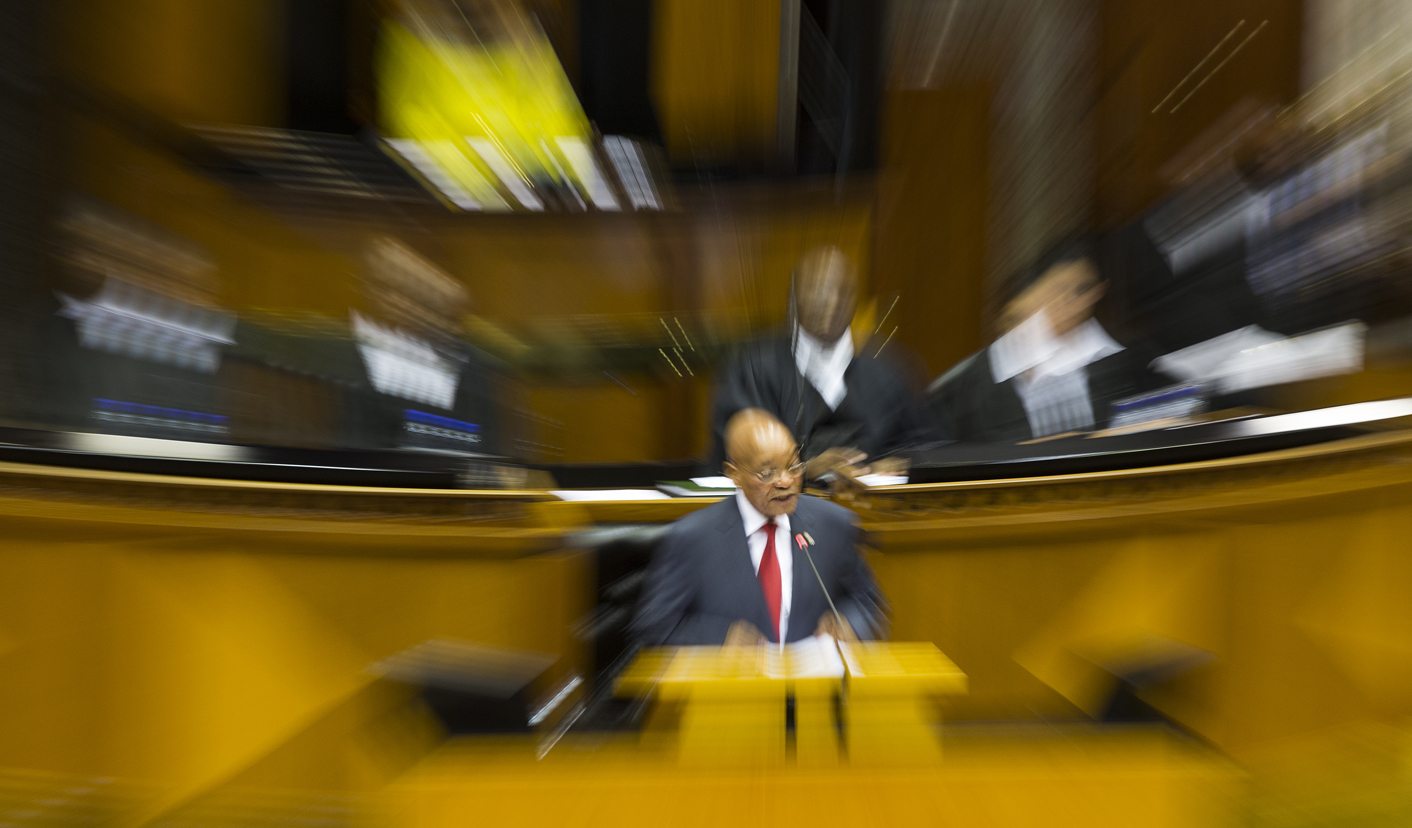 There’s a sense that we’ve reached something of a tipping-point in this fifth Parliament, with the majority of political parties bent on losing the more carnival-esque elements of recent proceedings and putting noses to grindstones. Rule changes are being mooted in several important respects, while the Democratic Alliance has now come forward to claim the procedure for asking questions of the executive is being tampered with. By REBECCA DAVIS.

Now, however, the Democratic Alliance (DA) claims its wings are being clipped by the way Parliament is handling the questions the party submits. It is, chief whip John Steenhuisen told journalists on Wednesday, one more example of “the executive trying to pull the teeth out of Parliament”.

It’s a big deal for the DA because sometimes the answers to both oral and written questions from government departments can elicit gold for the opposition. The DA has on multiple occasions in the past used the question format to obtain information about abuse of state resources, for instance, in the form of the number of flights or cost of accommodation used by government ministers.

What is happening now, however, is that questions are being sent in advance to government departments during the editing process.

“Subsequently, as a direct result of departmental feedback following this ‘advance notice’, edits have been made to our MPs’ questions, which means that the executive arm of the state is vetting and shaping the questions posed to it by MPs,” says the DA.

The party provided journalists with documentation to prove that the relevant government departments are being sent questions in advance.

“Please be advised that advance notices are always sent to departments”, reads one e-mail from the Questions Office to a DA staffer.

The DA says that some edits are being made to questions under the guise of ensuring greater clarity, but which actually serve to “substantively alter their tone and intent”.

Shadow finance minister David Maynier, for instance, was instructed by the Questions Office on behalf of the finance ministry to combine three questions into one. The questions had to do with belt-tightening measures implemented by the Treasury, and were, in fairness, slightly headache-inducing. Nonetheless, Steenhuisen suggested that requiring Maynier to edit the questions down into one “completely undermined” the purpose of the line of questioning.

On other occasions, questions from MPs have been rejected in advance by officials from government departments who claim another department is better positioned to answer them. Steenhuisen’s chief-of-staff, Colin Wardle, explained to journalists: “Once the question is transferred, we never get an answer, and the question is allowed to lapse.”

Steenhuisen suggested that the Department of Cooperative Governance and Traditional Affairs was a particularly bad offender when it came to handing off questions it was actually mandated to answer.

Okay, having your questions tampered with or ignored sounds irritating, but aren’t there more important issues for the DA to worry about? “I fundamentally disagree,” says Steenhuisen. He believes the matter goes to the heart of a “healthy and functioning Parliament”, and that “this is actually a critical issue for South Africans to be concerned about”.

Steenhuisen acknowledges, though, that part of the problem is less political conspiracy than it is an issue of under-capacity on the side of the Questions Office, which he described as “chronically understaffed”. He has no sympathy, however, for the argument that answering complex opposition questions chews up valuable time for government departments.

“Ag shame,” Steenhuisen told journalists. “If they need to get more capacity, so be it. That’s their responsibility.”

The DA is asking Parliament’s officials to carry out an investigation into the matter.

Parliament is on recess until 12 October, but that doesn’t mean it’s an action-free zone – even if some of the related activity is taking place outside the parliamentary precinct.

On Wednesday, the Western Cape High Court dismissed an application by small opposition parties to have National Assembly Speaker Baleka Mbete removed from her position. Agang launched the court application after Mbete refused to recuse herself from a debate considering a motion of no confidence in President Jacob Zuma. The United Democratic Movement and the Congress of the People (Cope) joined Agang in the court action.

“History will record that Baleka Mbete was the most discreditable [sic] and loathed speaker of democratic South Africa,” Cope announced dramatically on Monday. But the Western Cape High Court didn’t feel it was its place to take a view on that. In its judgment, the bench stated that the removal of the speaker would be a “quintessentially political act” into which the judiciary had no business poking its nose.

Mete survives to fight another day – and looks set to have her powers entrenched in a new draft of the parliamentary rules. On Monday it was reported that the latest incarnation of the rules seems likely to continue to vest in Mbete the authority to decide whether a motion of no confidence in the president be debated.

The Economic Freedom Fighters (EFF) weren’t thrilled about this proposal, but the Fighters rarely see eye to eye with the ANC on matters pertaining to parliamentary rules. No agreement has yet been reached on the issue of what constitutes appropriate parliamentary dress, for instance.

Another pressure point at the moment is that the temporary measure introduced in July to empower presiding officers to remove MPs from the House if they refuse to leave now looks set to be made permanent. The most recent application of the new Rule 53a was to the detriment of EFF leader Julius Malema. The EFF’s commander-in-chief was ejected by security in September after refusing to retract a statement calling Deputy President Cyril Ramaphosa a murderer.

The EFF has equated the rule with the ANC’s desire to “bring back a culture of violence” through the “militarisation of Parliament”. The rules sub-committee, which is playing host to these robust discussions, continues its wrestling all week. DM