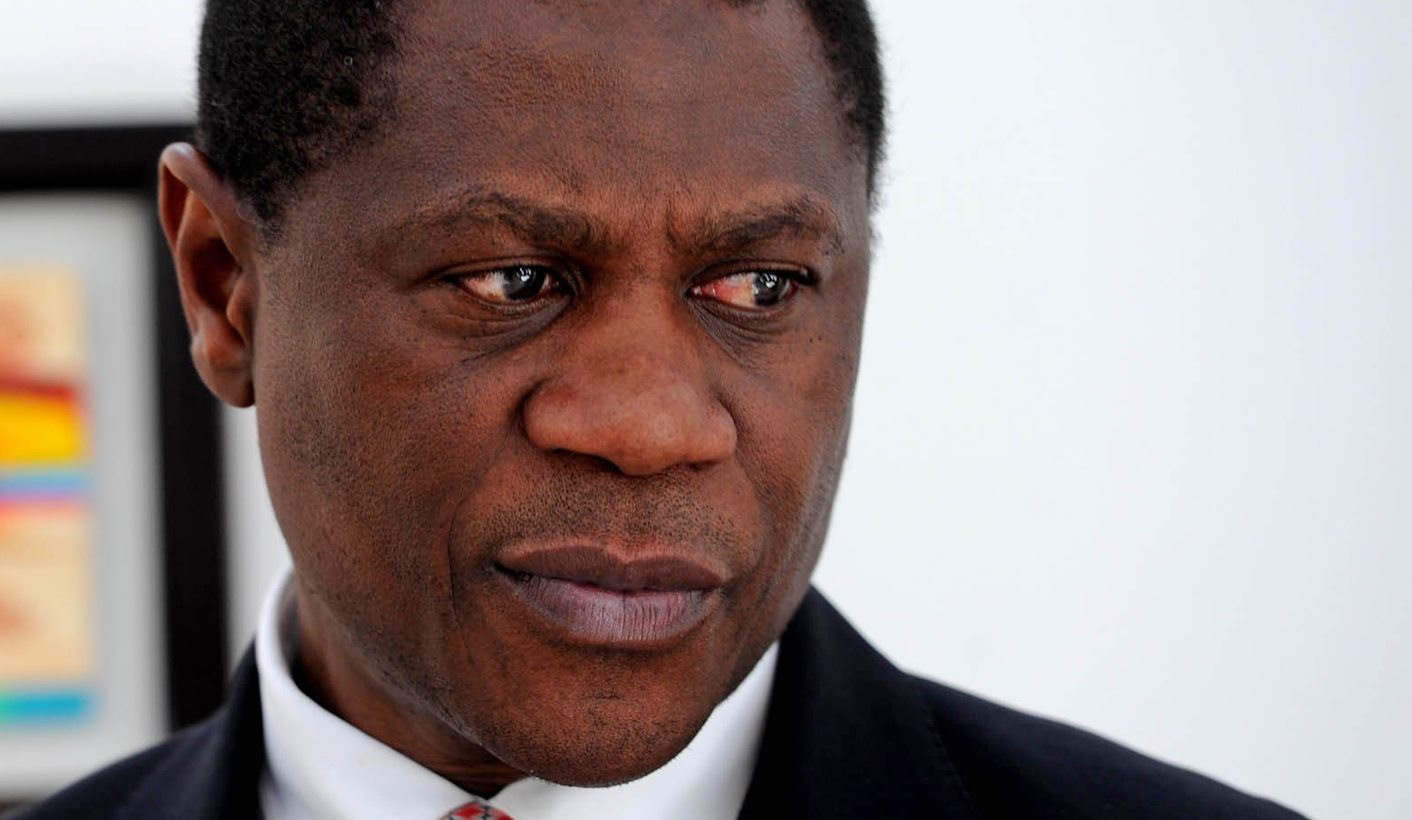 The ANC national general council (NGC) takes place this weekend and while succession is not on the agenda, it looms large. The ANC in Gauteng is taking some fresh ideas to the NGC, such as investing retirement funds into the economy, and sticking to its guns on old issues such as e-tolls. Gauteng ANC chairperson Paul Mashatile also wants a forum of provincial leaders to replace the “premier league” and believes that instead of another bruising leadership battle, the ANC structures should elect its leaders by consensus. In a candid interview with RANJENI MUNUSAMY, Mashatile said Gauteng was “open to persuasion” on the next presidential candidate.

The Gauteng ANC is known for rattling cages and swimming against the tide. From playing a central role in the botched campaign to replace President Jacob Zuma at the ANC’s 2012 national conference in Mangaung to digging in its heels on e-tolls, the Gauteng ANC has a tendency to stir things up. In Mangaung, this proved to be a costly approach, with the Gauteng leadership and its allies from other provinces shafted. But this has not prompted the Gauteng ANC to toe the line.

In June, provincial chairperson Paul Mashatile defied the ANC line of march on the Nkandla issue and said at Daily Maverick’s The Gathering that the ANC had not approved Police Minister Nkosinathi Nhleko’s report on the security upgrades, nor had the organisation endorsed any more funds being spent on the project. At an alliance summit a few weeks later, Mashatile was mauled for talking about these matters publicly.

The Gauteng ANC met on Monday to prepare for discussions at the NGC, the party’s midterm review conference on policy implementation. The province said in a statement that that both the ANC and the state institutions “need to pay urgent attention to the pace and capacity to implement and execute radical policies and programmes”.

In an interview with Daily Maverick, Mashatile said Gauteng delegates were concerned by slow and poor implementation of policies and ANC resolutions in government. He said while the NGC was not about leadership issues, Gauteng delegates believed they should be forthright about areas of weakness.

“We should be critical with the implementation of policy. We will criticise where we think there are weaknesses,” Mashatile said. “We are not going to evaluate individuals per se but should adopt a posture that is self-critical. We don’t want to go there and say ‘Hey, you guys are not doing enough’… It should be a self-critical approach rather than a blame game.”

Amongst the proposals the province is taking to the NGC is that the office of the ANC secretary general be enhanced with greater monitoring and evaluation capacity over policy implementation. Gauteng says there should also be an annual report on the execution of national conference resolutions and national executive committee (NEC) decisions.

“We shouldn’t have to wait for two years to assess progress. If we do yearly evaluations we can act much faster when things are not happening,” Mashatile said.

It was not just Gwede Mantashe’s office that needed to be beefed up. Mashatile said there was general weakness in oversight in the ANC. The Mangaung conference had discussed strengthening the capacity of Luthuli House and having more people working full-time at the ANC headquarters. In order to act as the strategic centre of power and monitor whether government was implementing policy, the party’s head office should be strengthened, Mashatile said.

With regard to the economy, the Gauteng ANC says South Africa needs to invest in industrial infrastructure and skills to facilitate mineral beneficiation locally. In line with the provincial government’s focus on the township economy, the ANC in Gauteng wants more support and incentives for township enterprises. They have also proposed that the Preferential Procurement Act be amended to set aside a greater proportion of national, provincial and local government procurement to empower village and township enterprises.

Mashatile said a proposal they wanted to sponsor at the NGC was the investment of retirement funds in the economy. He said the South African retirement industry was projected to be worth R7 trillion and these funds were not being used adequately to stimulate the South African economy.

“Pensions funds are being invested and risks are being taken anyway but not in our own economy.” Mashatile said the province was proposing that government look into investing some of these funds in areas such as energy and infrastructure.

Mashatile said he and Gauteng Premier David Makhura had engaged the retirement industry and Johannesburg Stock Exchange on the issue and the proposal had been “received positively”. There was however caution raised that there should not be reckless investments. Mashatile said if the NGC responded positively to this proposal, the ANC need not wait for a new policy to be developed in 2017 to investigate it.

How the ANC handles the issue of e-tolls at the NGC will be interesting. The Gauteng ANC said its delegates reaffirmed the position they took at their provincial conference last year that “e-tolls in their current form are not acceptable”.

Mashatile explained that Gauteng would not force a discussion on e-tolls but if it were to be raised by some other structure (such as the ANC Youth League which wants it scrapped), the Gauteng ANC would “fall back on our conference resolution”. He said following the inquiry instituted by Makhura, government had come up with concessions. “But since then, nothing much has happened,” he said.

The big elephant in the room at the NGC will be leadership and succession. There is likely to be firm control from the podium to shut down attempts to introduce any such discussions.

The Gauteng ANC declared the following: “Any attempt to use the NGC to divide the national officials of our movement will be resisted and dismissed with all the contempt it deserves.” Mashatile said this was prompted by rumours that there would be an attempt to remove Zuma and a push to pass a vote of no confidence in Mantashe.

“We think that is wrong. The NGC is not for that. It is wrong to isolate leaders when you do a midterm review and say the SG (secretary general) is to blame or the president is to blame. We support the whole top six and believe they should finish their term. None of our delegates will be drawn into discussions where any particular leaders are criticised,” Mashatile said.

Asked about the influence of the “premier league” on structures and debates, Mashatile said nobody in the ANC supported the concept of a lobby of premiers. He said when the matter was raised at a recent NEC meeting, the group denied such a lobby existed and said they simply had common interests in what they were doing in government.

He said a preferred structure was a forum of provincial ANC chairpersons to discuss issues and lobby positions. He said this structure existed in the past and there was nothing conspiratorial about it. Such a structure could even discuss issues of leadership as they had done in the past, Mashatile said.

There were also formal meetings between provinces. He said the Gauteng leadership would be meeting their KwaZulu-Natal counterparts soon to discuss a broad range of issues, including leadership. They had held a similar meeting ahead of the Mangaung conference and “agreed to differ”.

“This is a better way of doing things rather than things happening underground. If leaders engage more, there will be a no-go zone for faceless people and it will cut down complaints about delegates being bought and so on,” Mashatile said.

After the NGC, focus should be on the 2016 local government elections, Mashatile said. He said people should resist diving straight into the succession debate. But with regard to choosing the next set of leaders in the ANC, Mashatile has a novel idea to prevent another brutal and divisive leadership contest.

“My view as we go towards the conference is that the whole of the ANC should try to bring together a leadership that we can agree on. This is not to say there should be no contestation. But it would be preferable if we could try and reach agreement on the top six,” he said.

Mashatile said Gauteng has not settled on any candidate for president as yet. “Our view is that we shouldn’t close doors for anybody. Previously we said if the deputy president is capable, he or she should not be overlooked. That does not mean nobody should contest them. We are open to be persuaded. We decided let’s not take a position now.”

Once again, Gauteng is rolling the dice and trying to play the role of game changers. This has not always worked for them in the past but the stakes are much higher now with control of major municipalities on the line in next year’s elections.

Yes the NGC will be about reviewing policy but it will also be a test of mettle and influence. Over the next few days, the game might indeed change. This might not be a defining conference of the ruling party but it will be the place where people position where they stand. And that is precisely what Mashatile and his province are doing. DM

Photo: Paul Mashatile, then Minister of Arts and Culture, is taken through an African art exhibition called “Made in Africa – Towards Cultural Liberation” in Johannesburg on Africa Day, Friday, 25 May 2012. Picture: Werner Beukes/SAPA