ANC National General Council: Feel it, it is here 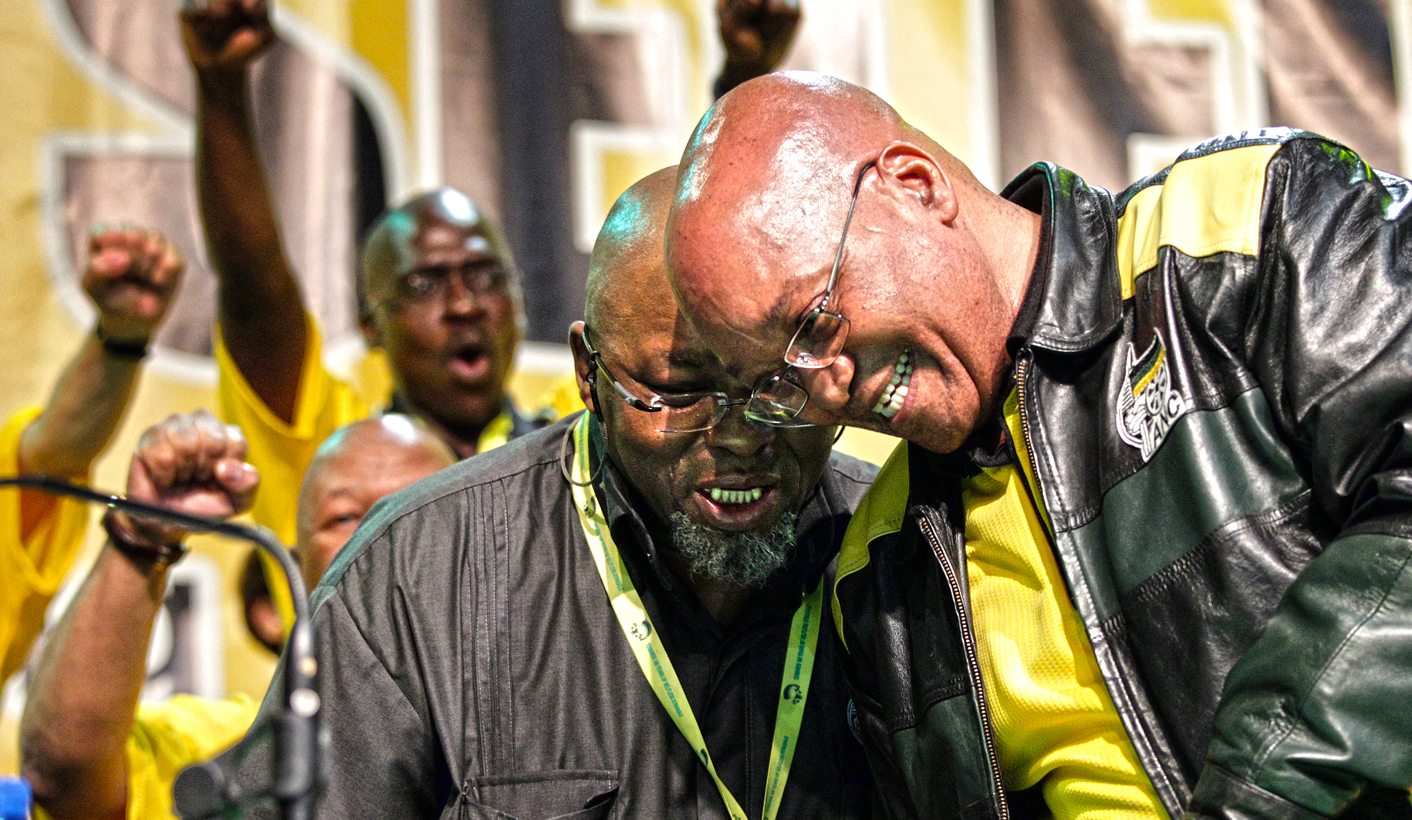 As the African National Congress starts is national general council (NGC) on Friday morning, a strange air of the unpredictable has arrived to break the baking Gauteng heat. What just two days ago looked like a pretty boring event has suddenly taken on a strange twist, which just may turn out to be a significant one. At the same time, it appears that at least one party veteran is worried enough to confirm in public that he has produced a document showing what the party should do to regain the trust of South Africans, and to avoid losing elections. And Gauteng province is being troublesome. Suddenly this NGC is looking just a little more interesting. By STEPHEN GROOTES.

There is a structure to African National Congress (ANC) events that follows a hallowed tradition. Whether it be a national conference, a provincial gathering or even an ANC Women’s League event, it starts with a speech by the leader. Think Thabo Mbeki’s disrupted three hours of tortured oratory at Polokwane, or President Jacob Zuma’s use of his opening address at Mangaung to kick-start the adoption of the National Development Plan. That opening speech is always, well, open to the media. As a result, it allows the leader of the organisation to set the tone for the event; if you fail to use that opportunity, as Mbeki did in 2007, you could lose control of the conference.

Which is why it’s so odd that just a day before the event started, Gwede Mantashe told a press conference that whether this speech would be open to the media would “depend on the sensitivities to be discussed”. He also said that the party wanted an opportunity to be frank with itself. What makes this even odder is that three weeks ago an ANC official told this reporter, as part of a planning conversation, that both the presidential political report, and Mantashe’s organisational report would be open. That was in itself odd because the organisational report has been closed in the past (although, at the 2010 NGC, it started to leak almost immediately as Mantashe started speaking; in the end everyone was given a copy).

Strangely, there seems to be no realisation of the fact that information nowadays is impossible to control, one of the consequences of speaking is that you will be heard. You can’t make people unhear something. And it happens incredibly quickly. The only way to stop it would be to remove the cellphones of every single member.

Or, to bring in a device that could jam cellphone signals. But this party would surely never do that, now would it …

There is also a strange choice of phrase by Mantashe, “in negotiations with the Presidency”. Huh? At the last NGC he and Zuma were in lock-step; where Zuma’s speech ended, Mantashe’s began. It was a demonstration of the two acting as a single political unit in their quest to rid the party of Julius Malema (if you’ve forgotten, they won). This could be the biggest sign yet that he and Zuma are not exactly getting on.

That could mean that the ANC starts its NGC with its top leaders already divided. Not a great place to begin.

In the meantime, another dynamic has been on the slow-boil, and is beginning to build up a head of steam. Last Sunday the City Press splashed a document drawn up by former Mbeki Presidency director-general Frank Chikane, in which the good reverend explained his fears for the future of the party. He predicted that the ANC could soon lose an election if it didn’t mend its ways. On Thursday, just before the NGC started, he issued a statement in which he publicly clarified his position on all of this.

He refused to make his document public but said he had been “on a journey to Luthuli House” for the last nine months, and this report was the result of that gestation. He then confirmed everything the City Press had written by saying the report was called “Saving the Soul of the ANC”. As a political comment, it’s deft, we now all know what Chikane is saying, that he believes the party is in deep trouble.

All of that said, it is of no surprise whatsoever that Chikane has been given the cold shoulder by Luthuli House. Mantashe was the man who told the world that Mbeki was being recalled back in 2008, Chikane has written not one, but two books, in which he has strongly criticised that decision. This is a man who was nearly killed by the apartheid regime, a man who still tends to his religious flock every weekend, but he does not enter this issue with what the lawyers call “clean hands”. When Mbeki suspended National Prosecuting Authority head Advocate Vusi Pikoli in 2007, Chikane came out of his office to the Union Buildings, and met a pack of reporters just above the parking lot. There he kept repeating that there was nothing wrong with this suspension, and nothing political about it. We know now that was not true, that it was all political, and about protecting Jackie Selebi.

There is a very slim chance that Chikane’s proposals are going to be taken seriously by this NGC.

The last 48 hours have also seen another strange, and possibly critically important issue suddenly being brought to the fore. On Wednesday evening the Gauteng ANC issued a statement, after a meeting of its delegates attending the NGC. The statement included: “Our criminal justice cluster must be stabilised and strengthened in order to effectively deal with the unacceptably high levels of crime, particularly in Gauteng.”

This must surely be the first time, anywhere, that a body of the ANC has made any reference whatsoever to the problems in this sector. In just the the last six months we’ve seen Mxolisi Nxasana leaving the NPA, collecting R17-million and being replaced by Shaun Abrahams. The Hawks have been given a boss whom a judge has found to be a liar, and, on Thursday, the head of the Independent Police Investigative Directorate, Robert McBride, claimed he was the victim of a plot to oust him. All of this has appeared to be the work of Zuma himself, or his proxies.

It is surely difficult to interpret the Gauteng ANC’s comment any other way than as a criticism of what’s been allowed to happen here. As they like to say in the best-ever science fiction novel, “ten out of ten for style, but minus several millions for good thinking, huh”. Because surely they’re just going to be slapped down. However, the fact that they’re still fighting is, in itself, important.

All in all, this NGC suddenly has a slight frisson of excitement about it. As we know from experience, when there are that many ANC delegates in one room, almost anything can happen. Feel it, it is indeed here. DM