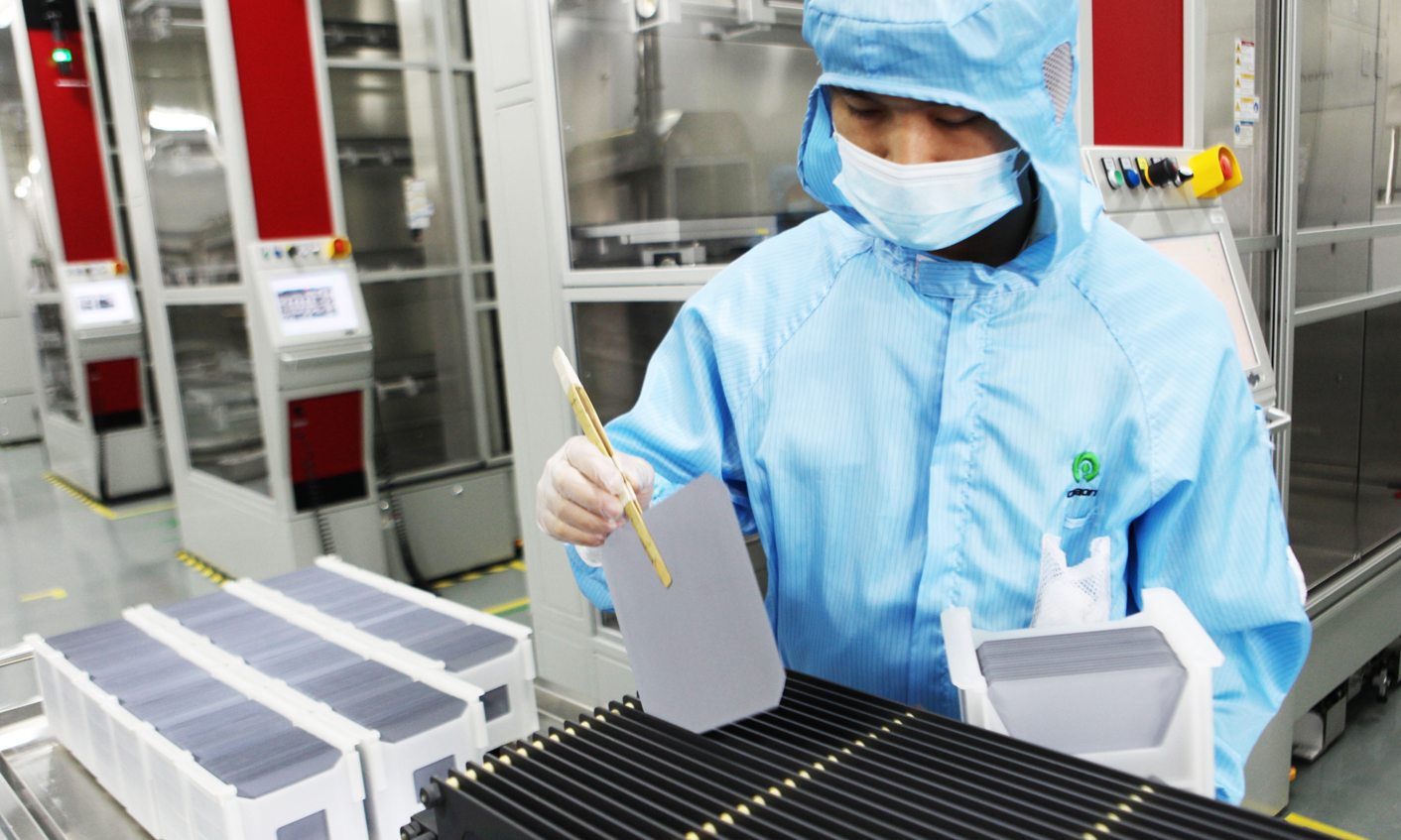 As the South African International Renewable Energy Conference takes place in Cape Town from 4 to 6 October, STEPHAN SINGER says the tide is turning in favour of renewable energy, particularly in the global South.

The World Wildlife Fund (WWF) has been campaigning actively worldwide to boost renewable energy as a key component of sustainable development and climate protection. Our rallying cry has been a call for a world powered by 100% renewable energy by 2050.

This is no pipe dream; it is economically and technically possible and each year the prospects for renewables become brighter as the technologies become cheaper, more widely available, more efficient and more reliable.

As I write, I have heard that Germany’s projected wind power output at the end of 2015 might go up to about 15% of all power produced in the country over the year, adding another 25% growth for this clean technology, because the engine runs and runs and runs … And each kilowatt-hour more wind is one less for coal.

We are convinced that the success of renewables in the last few years will contribute substantially to a good outcome for COP21, the important climate conference to be held in Paris this December where the ‘who’, ‘what’ and ‘how’ of future global greenhouse gas emissions reductions for 2030 and beyond will be decided.

The clean energy revolution is already in the system. We have witnessed the rapid decline of renewable energy manufacturing costs by about 80% for solar photovoltaic in the past five years and new developments in more efficient and larger wind turbines and geothermal energy.

Renewable energy growth has hit double digits over the past few years and investments have grown seven-fold in the last decade. At the same time, major multi-lateral development banks, such as the World Bank and the European Investment Bank, and major financial institutions, like the $1-trillion Norwegian Sovereign Wealth Fund, have begun to effectively reduce or phase out the funding for fossil fuels, particularly coal. Consequently, the performance and share values of the dirtiest fossil fuel are declining on the capital markets by the minute.

Solar power has grown by a factor of 70 and wind power by a factor of eight since 2004. By the end of 2014, 164 countries, almost four times as many as a decade ago, had set specific renewable energy policy targets.

In terms of per capita installations of solar and wind in particular, the European countries of Denmark, Sweden, Germany, Spain, Ireland and Portugal are still leading globally, but the picture looks very different when looking into recent actions.

This leadership is challenged. Since 2011, renewable energy investments of developing countries are close to those of developed countries which have been in decline in the past two years, mainly in US and the European Union, while cash flow in Japan for new solar has grown tremendously.

In the case of China, where there had been hardly any solar and wind development a decade ago, today it is the largest investor globally, employing the most people in the biggest renewable energy fleet of any country. Last year, China updated its already ambitious 2015 targets to 330 gigawatts (GW) hydro, 150 GW wind and 70 GW solar for 2017. That’s in a period of just two years!

Specifically for solar and wind, there are considerations for further elevation to probably up to 400 GW by 2020. Renewable wind and solar power in 2020 might grow to 40% of today’s coal capacity in the country, reducing the need for that dirty fuel.

Last year, Mexico agreed to double its renewable power generation by 2018 (presently 15%) to 25% of all electricity produced, mainly through wind power.

Similarly, the Indian government has released its gigantic 175 GW solar and wind target for 2022 – in just seven years coming from a comparably low level presently – and is even discussing moving to up to 40% renewables by 2030, as a climate commitment for the Paris negotiations. This would be the death knell for much of the existing and planned new coal in that country.

In 2013, Morocco legislated that by 2020, strong energy efficiency should reduce overall energy consumption by 12% and renewable energy sources should grow to 40% of its electricity supply.

Similarly, the Philippines agreed to double renewable power to about 50% by 2030. And in 2014 China achieved a world record in improving its annual energy intensity (energy use per gross domestic product, GDP) by an astonishing 8%, about four times the world average.

Even the largest oil country, Saudi Arabia, which has no renewable energy capacity so far, has apparently put aside $150-billion to build more than 50 GW (mainly solar and wind) by 2032, which is the size of its present electricity generation capacity.

Indonesia’s recent legislation aims to grow the present renewable electricity share of 5% to 25% by 2023.

Even without any binding renewable energy targets, but based on a very conducive domestic framework that ensures investment security, Brazil commissioned new wind power capacity in the order of magnitude of about 5% of its total energy supply during this past year.

Based on economic capabilities (investments per GDP and not total national investments), the countries that led in renewable energy source investments in 2013 were all from the global South, namely Uruguay, Mauritius, Costa Rica, South Africa and Nicaragua. These five countries spend about 0.8% to 1.6% of their GDP on renewables. And most of these countries have already very ambitious short-term targets of 6% to 100% renewables in the power sector by between 2015 and 2025.

That dwarfs any targets by Organisation for Economic Cooperation and Development nations.

Similarly in 2014, Burundi, Kenya, Honduras, Jordan and Uruguay were the largest investors per national GDP. Poor, developing countries are increasingly taking the lead on renewables. This is not a rich man’s privilege anymore. And that is good.

So, why is this happening? There are several reasons.

There have been significant cost reductions in renewables. They offer three to five times more employment per unit energy generated than fossil fuels do. Renewables overcome erratic, unpredictable ,and often high, fuel costs, which is useful for oil and gas-importing nations.

In addition, renewables consume less water compared to coal, nuclear and shale gas, which is an important driver for drier and water-stressed nations. They do not emit conventional air pollution and thus create better ambient air conditions (aside from the traditional and inefficient biomass use for cooking) and there is no toxic waste or ash associated with nuclear or coal.

Last but not least, renewables generally do not generate global warming gases.

So, renewables are increasingly a fixed component for sustainable development in all nations way beyond just offering carbon reductions.

South Africa is poised to overtake Germany and Italy soon with its very successful domestic solar power programme. It had been estimated that by the end of 2015, South Africa will have solar power on 5-million rooftops, almost every third roof in the country.

For 2012 and 2013, the country has had the largest renewable energy investments per GDP of close to 1% among its peers in the most powerful Group of 20 nations. However, the recently discussed building of eight nuclear reactors might torpedo this clean development in South Africa.

But there are many more nations in Africa — from Madagascar, Ethiopia and Kenya to Tunisia and oil-rich Algeria — that have taken up ambitious renewable energy targets for the future. These countries can now lead the technology development, the cost reductions, research and development.

Clean renewable energy deployment is no longer a luxurious, costly, ineffective tool of the rich. The opposite is true. Renewable energies are increasingly becoming the ‘ownership’ of the South but we also need the large centres of energy consumption in the North to switch quickly to renewables, too.

Let’s see who is learning from whom, which direction the trade flows take in the future. The fact is that global change is already under way.

The overall question remains not as to “whether” but as to “how fast” this is happening. And here massive political interventions by the entire clean energy community are needed. Can we achieve 100% renewables by mid-century? Yes, we can! DM

Dr Stephan Singer is director of global energy policy for WWF’s Global Climate and Energy Initiative. He is based in Brussels, Belgium.

Probiotics and the case for a balanced diet