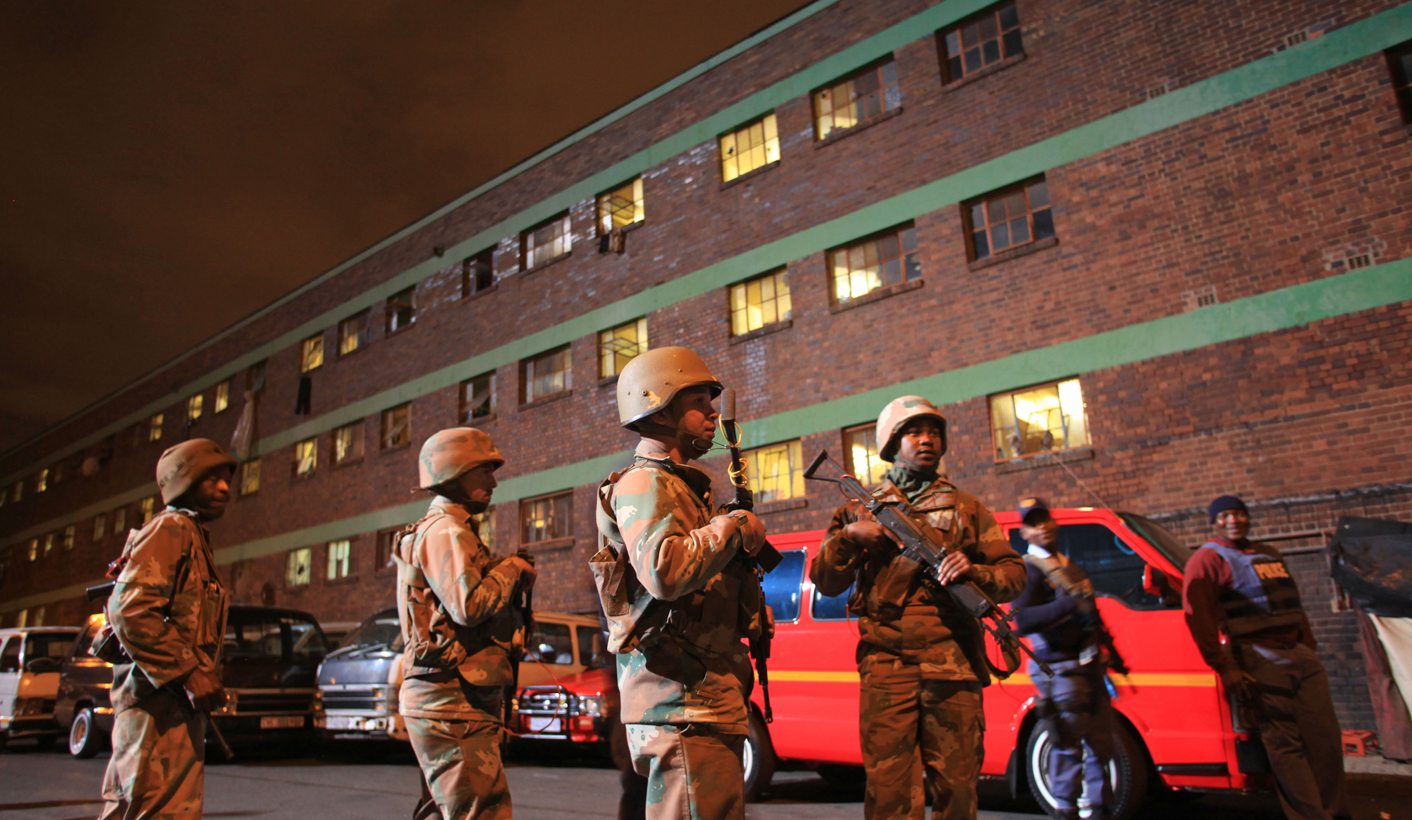 Claims by the police minister and the police commissioner that foreigners are a major source of criminality not only risk increasing anti-migrant sentiment in a country where xenophobic violence is rife, they prevent us from identifying and addressing the real sources of insecurity. And, in fact, the recently released crime statistics do not show that immigrants are disproportionately responsible for crime. By ALEXANDRA HIROPOULOS and LOREN B LANDAU.

Crime is a thing in South Africa. A big thing. It shapes where we live, how we work, and to whom we talk. Those committed to a more equitable, free and prosperous society must applaud any effort to make the country’s residents safer and more secure. For this very reason, we should feel deep unease at the police minister and police commissioner’s recent statements to Parliament regarding safety and criminality. Yet it’s hard to know what about the police officials’ statements should worry us more. Is it that they wilfully misled the public and politicians about immigrants’ role in crime based on faulty, biased statistics? Or is that that the officials responsible for our safety honestly believe this is what their statistics tell them? Claims that foreigners are a major source of criminality not only risk increasing anti-migrant sentiment in a country where xenophobic violence is rife, they prevent us from identifying and addressing the real sources of insecurity. Even those unconcerned with immigrants’ welfare should worry that the police are ill-equipped or unprepared to protect us.

Let’s get this out of the way: yes, some foreigners undertake activities classified as criminal. These people should be arrested and prosecuted in line with the law. In this regard, new policies to prosecute them rather than summarily deport them are a step forward. But that is not the point here.

The bigger question is whether immigrants are disproportionately responsible for crime. They may be, but you wouldn’t – and couldn’t – know it from the crime statistics. The statistics the South African Police Service (SAPS) provided only include raw figures of crimes in each police precinct in the country and no information is provided on the victims and perpetrators of crime (such as their age, gender or nationality). While the minister and commissioner repeatedly referred to foreign nationals’ involvement in crime, such statements are meaningless without comparative figures of citizens’ involvement in crime.

Police Minister Nathi Nhleko’s comments on the “influx of undocumented foreign nationals” and a spike in certain crimes in areas where there is a large number of these individuals greatly distort the crime figures. There may be a correlation between high-crime areas and foreign nationals, but there is no evidence of causation. Even if areas occupied by foreigners have higher crime rates – something the SAPS has not demonstrated – it is likely that many poor immigrants (and others) end up there because that is where they can afford to live. Proximity is not guilt and we should avoid blaming any group, be it a class, tribe, race, or nationality, simply because they live nearby.

And now to that influx problem. According to the police minister, it remains a serious issue in South Africa. But just how serious is it, really? Realistic estimates based on triangulation from a variety of data sources indicate that around 2-million to 3-million non-nationals live in the country (including documented and undocumented migrants, naturalised citizens, South Africans born in exile, as well as refugees and asylum seekers). This accounts for around 4% of the population. Moreover, these numbers have only been rising slowly over the past two decades with no evidence of a massive spike or ‘human tsunami’. But while these numbers have been relatively stable, serious crime has increased substantially for the third year running. Given the small percentage of the population that is foreign born, there would need to be a large number of super-criminals to account for a significant percentage of the country’s crime. Some may fit that bill, but global research suggests first-generation immigrants participate in crime far less than ‘native born’ citizens. There is no reason to believe that South Africa bucks this trend.

Lastly, let us consider how the police generated the statistics ostensibly showing foreigners are up to no good. Following April’s ‘xenophobic violence’, the SAPS launched Operation Fiela, supposedly as a broad, anti-crime drive. While few would dispute the need for enhanced interventions to make South Africa safe, Operation Fiela has been rightly criticised for disproportionately targeting foreigners. Lawyers for Human Rights has even taken the SAPS to court on the matter, questioning Operation Fiela’s constitutionality. The results of mass arrests made during the police’s operation include significant distortions in the crime statistics to which the police minister referred. If the police explicitly targeted any group – women, the disabled, the poor – arrest statistics for that group would greatly increase. As a result, the data confirms the police’s own biases.

While the minister and commissioner focused on the criminality of foreign nationals in South Africa, they neglected to mention that foreigners are regularly subjected to violence and victimisation in the country. Apart from the large-scale outbursts of violence against foreign nationals in 2008 and 2015, research conducted by the African Centre for Migration & Society shows indiscriminate mob violence continues to occur in particular areas across the country, as do isolated attacks on individuals and small groups of foreign nationals. On a daily basis, foreigners are less safe on the street than citizens. The government and the SAPS choose not to officially record crimes targeting foreign nationals and there is, therefore, no official data on the extent of ‘xenophobic’ violence in the country or what groups face the greatest risk. To develop effective crime prevention strategies, there is an urgent need for more reliable crime data, including on anti-foreigner violence.

In this light, the only way to read claims that arresting and deporting immigrants will reduce crime is that the police are currently scrambling to explain South Africa’s serious crime problem and are playing to politicians’ and the public’s basest, most populist xenophobic instincts. In doing so, they detract public and political attention from broader structural and institutional problems. Serious violent and organised crime in South Africa continue to increase. Since last year, murder has increased by 4.6%, aggravated robbery by 8.5%, house robberies by 5% and vehicle hijackings by 14%. These are worrying figures and need to be addressed. Unfortunately, the police appear to lack effective strategies to reduce them. Instead, they are scapegoating foreigners, letting them take the blame for problems they did not create. DM

Alexandra Hiropoulos is a postdoctoral research fellow at the African Centre for Migration and Society at the University of the Witwatersrand. Her research focuses on anti-foreigner violence in South Africa.

Loren Landau is South African research chairperson in mobility and the politics of difference at the African Centre for Migration & Society at the University of the Witwatersrand.

Photo:Members of the South African Defence Force mobilize outside the Jeppe Hostel in Johannesburg, South Africa, on 21 April 2015. EPA/KEVIN SUTHERLAND.