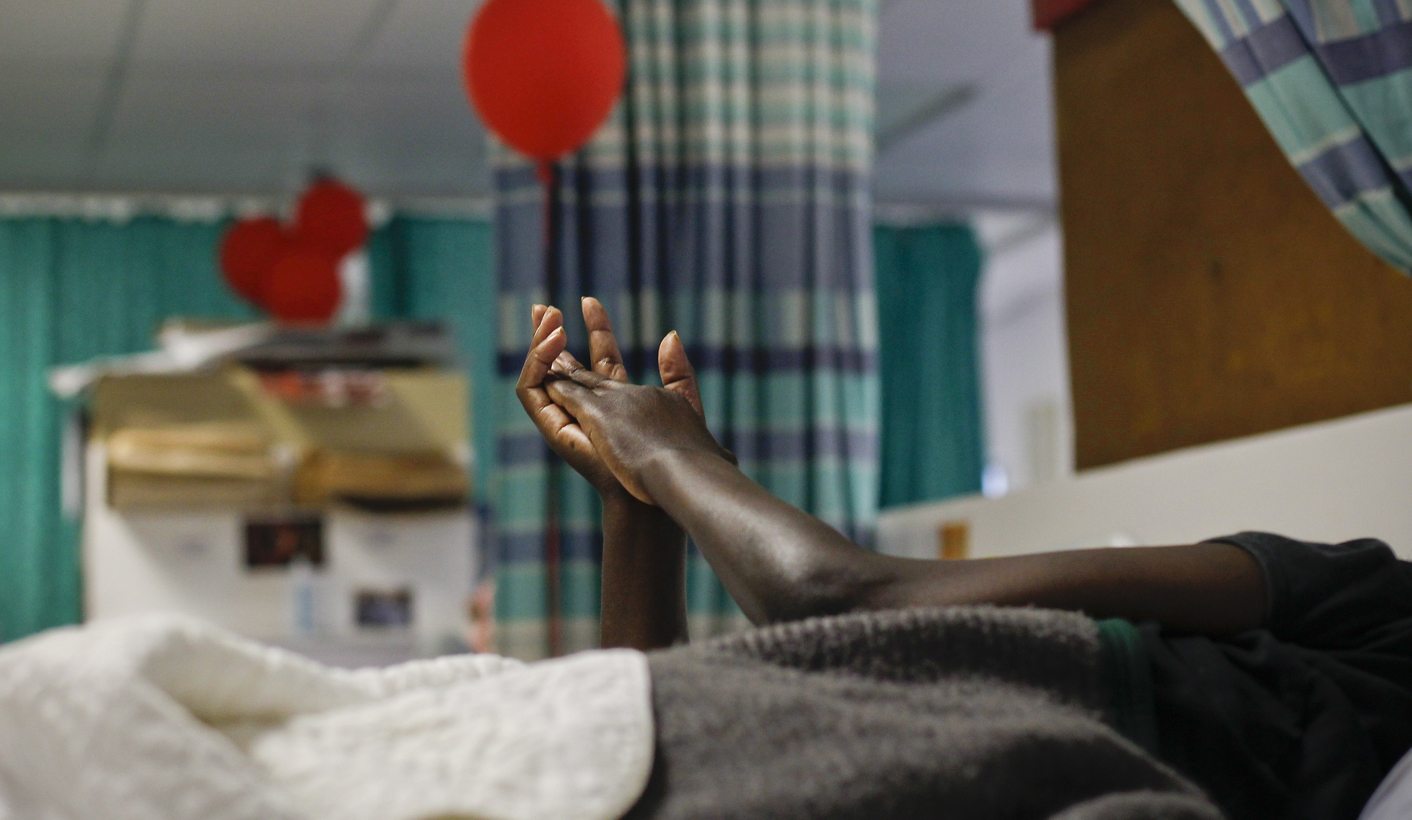 The World Health Organisation updated its treatment guidelines for HIV on Wednesday, which could – theoretically – make the United Nations development goal to eradicate the disease by 2030 a reality. How likely are they to work? MARELISE VAN DER MERWE went in search of answers.

Anyone infected with HIV should begin antiretroviral treatment as soon after diagnosis as possible, the World Health Organisation (WHO) said on Wednesday. Additionally, pre-exposure prophylaxis (PrEP) should be given to at-risk groups.

This was the groundbreaking announcement the WHO made in Geneva in the morning, explaining that “(t)he expanded use of antiretroviral treatment is supported by recent findings from clinical trials confirming that early use of ART (antiretroviral treatment) keeps people living with HIV alive, healthier and reduces the risk of transmitting the virus to partners”.

“With its ‘treat-all’ recommendation, WHO removes all limitations on eligibility for antiretroviral therapy among people living with HIV; all populations and age groups are now eligible for treatment,” the organisation said in a statement.

This is particularly significant in view of data released earlier this year which revealed that starting antiretroviral treatment earlier considerably lowered the risk of patients developing full-blown Aids and other complications.

The WHO is also recommending that people at “substantial” risk of contracting HIV should be offered preventative treatment, a combination of antiretroviral drugs known as PrEP. In 2014, WHO guidelines allowed PrEP to be offered to men who have sex with men; the new guidelines broaden this recommendation to include other population groups with a high risk of contracting HIV. According to the WHO, the number of people eligible for antiretroviral treatment now increases from 28-million to 37-million.

“PrEP should be seen as an additional prevention choice based on a comprehensive package of services, including HIV testing, counselling and support, and access to condoms and safe injection equipment,” the statement added.

The current guideline is an early release – the full publication is set to be released later in the year.

Responding to the announcement, Doctors Without Borders (MSF) applauded the decision but cautioned that implementation would have some limitations and face significant challenges, particularly in South Africa.

“MSF applauds the World Health Organisation’s updated treatment guidelines for HIV, in particular two key recommendations that could have major implications for countries affected by HIV,” the organisation said in a statement.

“However, MSF has also warned that turning these recommendations into reality will require significantly increased donor and government support, especially within HIV-impacted communities.”

Speaking to Daily Maverick, MSF’s HIV/Aids specialist and HIV/tuberculosis unit coordinator at the Southern Africa Medical Unit, Dr Eric Goemaere, pointed out that the new guidelines would not be a magic bullet and that socioeconomic factors in South Africa would significantly affect implementation.

“In South Africa, we are overwhelmed with the number of people that are infected that we need to treat,” he said. “So, of course, for the National Health Department this raises an equity issue. Should you start to give this pill [PrEP] when we cannot even treat all the infected ones?”

Achieving buy-in from patients could also be a significant challenge, he warned, adding that the effectiveness level of prophylactic treatment was high, but depended on sticking to the prescription. “It’s linked to adherence. If people are religiously adherent it works almost 100%. Recent studies in France show very good results. If people are willing to go for it and understand the principle, it is good. If they are forced to take it, it’s not going to work.”

The good news is that a generic preparation of PrEP is available and South Africa has access to “one of the best prices in the world”, says Goemaere, which means patients can be treated for between $6 and $10 per month. However, this does not take into account implementation costs, which could be significantly further-reaching.

Discussions are under way to introduce PrEP in South Africa, Goemaere confirmed, but in line with the WHO’s guidelines, it would only be available to a minority. The WHO’s guideline defines the criteria as population groups with an incidence rate of 3%; this includes a number of demographic groups in South Africa and even substantial areas of some provinces, such as KwaZulu-Natal. “That’s a substantial incidence rate, but not exceptional,” Goemaere said. However, this is not to say that PrEP would be available to all groups with an incidence rate of 3%. Goemaere said PrEP was likely to be available to a “very limited” sector of the population.

According to Goemaere, it is premature to say which groups would qualify for PrEP, but it is likely that patients would require a prescription. It is also unclear whether the medication would be partially or fully subsidised, or not at all. “We cannot yet speak about those kinds of details,” he said.

Regarding the ‘Test and Treat’ guideline, which would make antiretroviral treatment available to all HIV-positive patients upon diagnosis, Goemaere said that unfortunately, such a change would likely make little difference in the lives of South Africans.

“It’s important to understand that when we talk about Test and Treat, it’s regardless of CD4 count,” he said. “A huge number of people are not symptomatic. So unless you go out of your facility to seek those people and do outreach testing – community-based testing at taxi ranks or door-to-door – you are not going to find those people. So to announce Test and Treat will not make a huge difference.”

The people Test and Treat would affect would be those known as “pre-ART”, Goemaere explained. These are patients who are HIV-positive but asymptomatic, and who nonetheless visit clinics regularly for check-ups. Such people are a small minority in South Africa, says Goemaere – which means a far greater difference would be made by rolling out a major testing outreach programme and encouraging regular clinic visits in asymptomatic patients.

“There are not many of them [pre-ART patients]; less than 10%. What’s going to make a difference is whether the Department [of Health] intends to introduce large-scale testing,” Goemaere told Daily Maverick. “With Test and Treat everybody becomes eligible. But it would only make a difference if we increase substantiHally the detection rate of people living with HIV. Forty percent of people living in South Africa do not know [if] they are positive.”

In order to introduce the new guidelines, Goemaere identified three key starting points that would have to be accomplished. For PrEP, he pointed out, the key discussion would be around eligibility. How the medication would be subsidised would also be a practical consideration.

Then, he said, there would need to be an outreach programme if Test and Treat were to be viable in the long term. “For Test and Treat, the first step is very practical and easy to do: simply include all the ones who are in pre-ART,” he said. “Then it would be necessary to define testing strategies, what I would call smart-targeted testing strategies. We have done that – large-scale testing campaigns – and the yield is poor. We don’t have the resources in South Africa. It is a pity, but it is a reality.