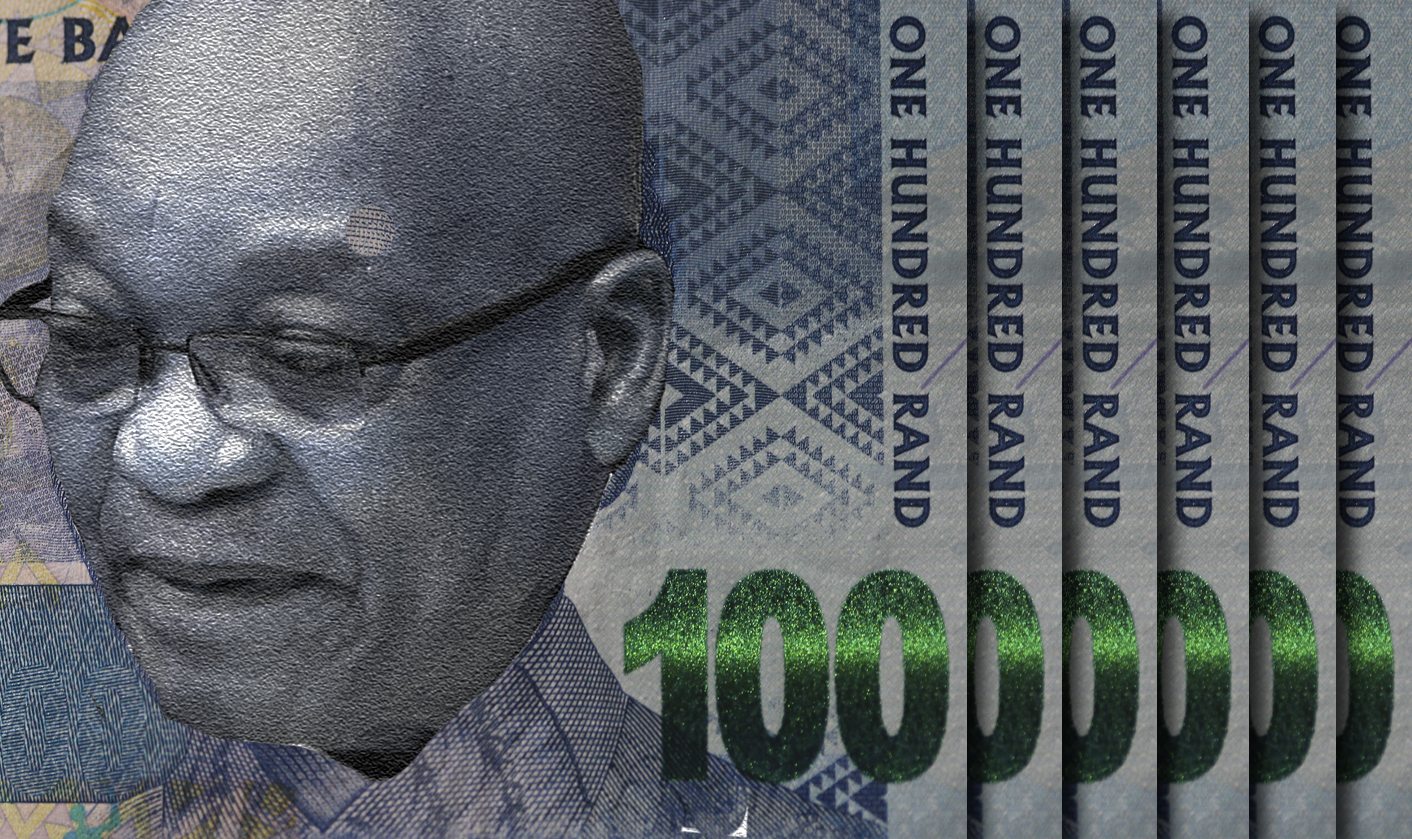 South Africa seems permanently inured to the stench of scandal and impunity that hangs over it, but there are moments when one hopes for some kind of magic wand that can take away the cause with just one wave. There were hopes in some quarters that the Constitutional Court's verdict in a case about the funding of political parties could provide such a whiff of fairy dust. Unfortunately, it is not to be. And probably, and sadly, for exactly the right reasons. By STEPHEN GROOTES.

The NGO My Vote Counts managed to cobble together a coalition of interested people to bring a case on the funding of political parties to the Constitutional Court. Essentially, they argued that Parliament had a duty, under the Constitution, to pass legislation that would force parties to reveal where their money came from; in other words, who their donors were. The case was heard in February, leading to some speculation that a possible disagreement between the judges might be responsible for the delay in handing down the judgment.

But in the end, the timing of the release of their decision could not have been better. On Monday night US regulators announced that Hitachi had agreed to pay a $19 million settlement because of illegal payments it had made to Chancellor House, generally seen as the investment arm of the African National Congress (ANC). In its charge sheet, the Securities and Exchange Commission went pretty far in saying that Hitachi knew Chancellor House was part of the ANC, and sold it shares specifically because of its political influence with the party, in its successful quest to land Eskom contracts.

On Tuesday, former Eskom chairman, and former ANC national executive council member (and back in the day, constitutional development minister) Valli Moosa said this entire issue emphasised the need for transparency in political party funding. He went as far as saying it was the one issue left over from the writing of the Constitution, and that the Constitution was incomplete without it.

So the Constitutional Court’s pending decision was seen as a ray of hope by the activists. In the end, it was not to be: the judges were split, with seven of them providing the majority ruling against the application. Four jurists sided with a judgment written by Judge Edwin Cameron, saying Parliament should enact this legislation.

In this judgment, the minority ruling is published first, as it explains the facts of the case.

To read just the dissent is to be convinced almost from its starting point that this is the view that should have prevailed. Cameron explains that political parties are public entities and serve a public purpose. He points out how in our proportional representation system, parties can decide who is deployed as public representative, that is, as an MP or even a Cabinet minister. He goes on to say: “Private contributions to a political party are not made thoughtlessly, or without motive. They are made in the anticipation that the party will advance a particular social interest, policy or viewpoint.”

It’s strong stuff. Basically, we all know that people donate money to political parties because they want something in return. Cameron goes on to say that “the identity of these contributors, and what they contribute, provides important information about the party’s likely behaviour”. Perhaps the most telling point, the one that is the most simple to grasp is: “The applicant submitted that the right to vote is a right to cast an informed vote. This must be correct.”

This would seem pretty unarguable, if one is to cast a vote, then surely, one must know what one is voting for. As Cameron already pointed out, where a party gets its money from will influence its future behaviour. Surely, one follows the other.

Cameron also examines the current situation under the Promotion of Access to Information Act (Paia). He says the Act is clearly flawed. Firstly, it requires someone to ask, under the Act, for certain information. Cameron believes it would be impossible for millions of voters to make that kind of request of a few dozen political parties. Thus, some sort of proper system is needed, a regular disclosure. And there are flaws. The Act does not require organisations to actually keep full records of all of their financial transactions. As he points out, it would be possible for a political party to create a system that actually deletes, deliberately, information about its funding sources, and still stay within the law.

For all of these reasons, he believes this application should have been granted.

So far, so persuasive.

However the majority judgment, the one that eventually matters, sees things differently. Here seven judges make the important point that they believe My Vote Counts is trying to prescribe to Parliament exactly how it must behave, and which laws it must make. They say it is only up to Parliament. The court can only become involved if Parliament behaves irrationally (that’s legally speaking, not a political comment, don’t get excited) or if it acts in an unconstitutional manner. They also say that the “applicant wants information on the private funding of political parties to be made available in a manner preferred by it”, adding: “It may well be that this is ideal; who knows?” In other words, it’s not up to the applicant to dictate matters here.

There is also a strong rebuttal to dissent. The majority judges point out that even if the information about political party funding was already in the public domain, “some people would not have recourse to it before exercising their right to vote”. It’s an excellent point. Surely most, perhaps almost all, South Africans would not care who their preferred choice is getting their money from, they’ll happily, like voters everywhere, simply tick the box of the party they prefer.

In the end, the majority say this has to start in the High Court, with a challenge to the Paia itself, before it all comes back to Constitution Hill.

For those who were hoping the judges would pull a rabbit out of a hat, and thus fix some of our problems, disappointment clearly looms. But Ivor Sarakinsky at the Wits School of Governance isn’t one of them. He’s cynical enough to have pointed out before the ruling was handed down that transparency in political party funding wouldn’t have done anything anyway. He says there are plenty of examples around the world of parties being forced to disclose who funds them, without much consequence. Firstly, businesses shy away from funding smaller parties, because they don’t want to antagonise the party in government – imagine what would happen here, should say First National Bank (FNB) decide to give a huge amount of money to the Democratic Alliance, bearing in mind the way the ANC treated FNB after it tried to take on the government and corruption in an advertising campaign.

Then, people look for ways around the problem. In the US Political Action Committees, ‘PACs’, raise hundreds of millions with few, if any, restrictions. Sarakinsky says the similar development happened in the UK. When donations to parties were capped, suddenly a strange animal called the ‘non-repayable loan’ came into being. He says the only systems that have worked are systems devised and agreed to by the political parties themselves. Something they all agree on.

Considering relations between Zuma and Mmusi Maimane and Julius Malema at the moment, one would be right in thinking that the chances of that happening are about the same as all of our troubles disappearing in a puff of magic. DM