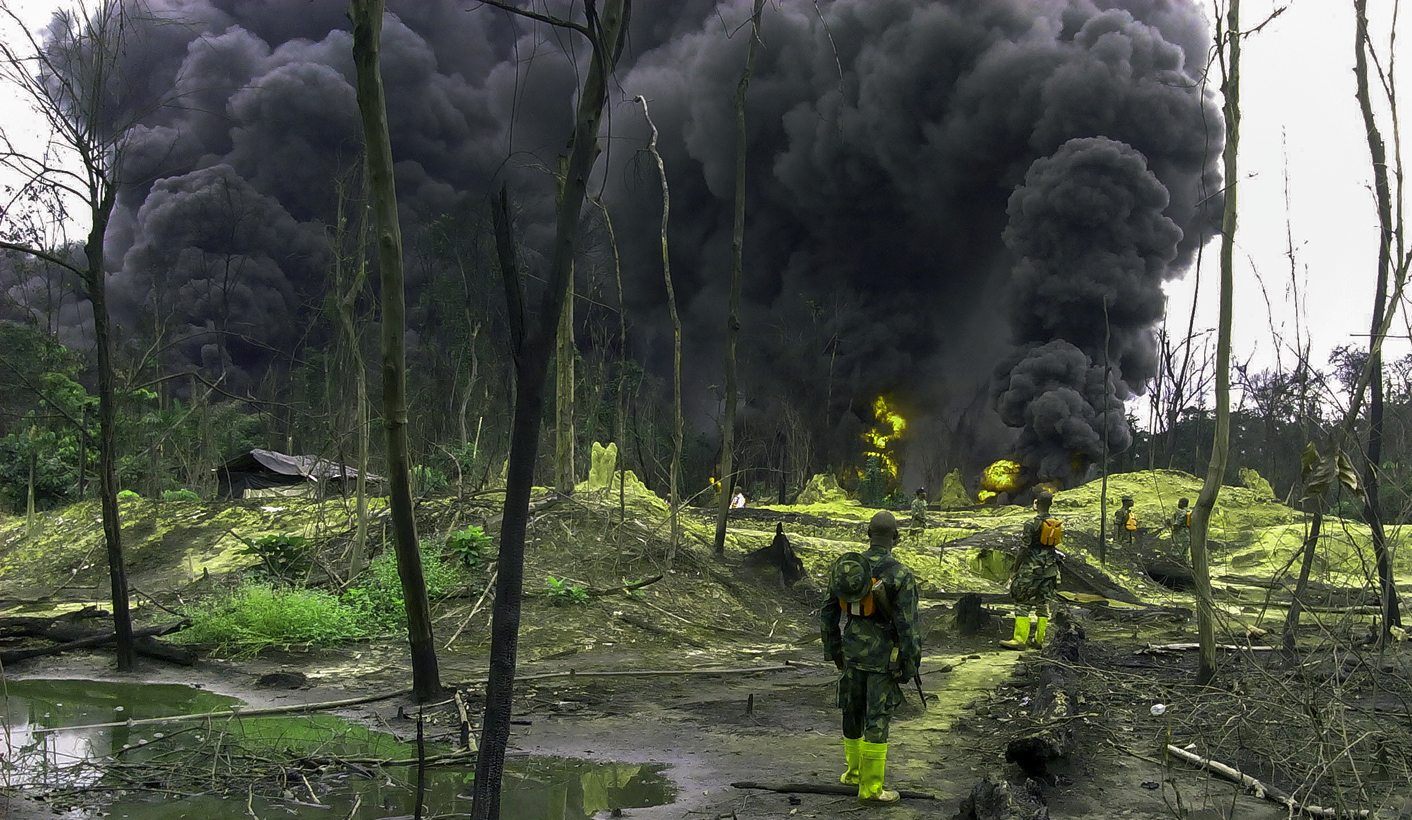 Violence in the Niger Delta may soon increase unless the Nigerian government acts quickly and decisively to address long-simmering grievances. With the costly Presidential Amnesty Programme for former insurgents due to end in a few months, there are increasingly bitter complaints in the region that chronic poverty and catastrophic oil pollution, which fuelled the earlier rebellion, remain largely unaddressed. By the INTERNATIONAL CRISIS GROUP.

Since Goodluck Jonathan, the first Nigerian president from the Delta, lost out on re-election in March, some activists have resumed agitation for greater resource control and self-determination, and a number of ex-militant leaders are threatening to resume fighting (“return to the creeks”). While the Boko Haram insurgency in the North-Eastern Region is the paramount security challenge, President Muhammadu Buhari rightly identifies the Delta as a priority. He needs to act firmly but carefully to wind down the amnesty programme gradually, revamp development and environmental programmes, facilitate the passage of the long-stalled Petroleum Industry Bill (PIB) and improve security and the rule of law across the region.

The Technical Committee on the Niger Delta, a special body mandated in 2008 to advance solutions to the region’s multiple problems, proposed the amnesty programme, whose implementation since 2009, coupled with concessions to former militant leaders, brought a semblance of peace and enabled oil production to regain pre-insurgency levels. However, the government has largely failed to carry out other recommendations that addressed the insurgency’s root causes, including inadequate infrastructure, environmental pollution, local demands for a bigger share of oil revenues, widespread poverty and youth unemployment.

Two agencies established to drive development, the Niger Delta Development Commission (NDDC) and the Ministry of Niger Delta Affairs (MNDA), have floundered. Two others mandated to restore the oil-polluted environment (particularly in Ogoni Land) and curb or manage hundreds of oil spills yearly, the Hydrocarbon Pollution Restoration Project (Hyprep) and the National Oil Spills Detection and Response Agency (Nosdra), have been largely ineffective. The PIB, intended to improve oil and gas industry governance and possibly also create special funds for communities in petroleum-producing areas, has been stuck in the National Assembly (federal parliament) since 2009. To sum up, seven years after the technical committee’s report, the conditions that sparked the insurgency could easily trigger a new phase of violent conflict.

The outcome of the presidential election has also heightened tensions. While most people in the region acknowledge that Jonathan lost, some former militant leaders and groups accept Buhari only conditionally. For instance, the Niger Delta People’s Salvation Front, the civil successor to the militant Niger Delta People’s Volunteer Force, claims Jonathan’s ouster was the product of a conspiracy by northerners and the Yoruba from the South-West against the Delta peoples and the South-East. Apparently influenced by that view, some groups are resuming old demands, hardly heard during the Jonathan presidency, for regional autonomy or ‘self-determination’.

Policy and institutional changes are necessary but, if not prepared and implemented inclusively and transparently, could themselves trigger conflict. Buhari has declared that the amnesty programme, which costs more than $500-million a year, is due to end in December. He has terminated petroleum pipeline protection contracts Jonathan awarded to companies owned by ex-militant leaders and the Yoruba ethnic militia the O’odua People’s Congress, and may streamline the Delta’s inefficient development-intervention agencies. He may also withdraw the PIB from parliament for revision. Some of this is desirable, even inevitable, but a number of former militant leaders and other entrenched interests threaten resistance and a possible return to violence. A perception that the government’s actions are reversing the Delta’s gains could aggravate local grievances and precipitate armed violence.

At its peak in 2009, the insurgency in the Niger Delta was claiming an estimated 1,000 lives a year, had cut Nigeria’s oil output by more than 50% and was costing the government close to 4-billion naira (nearly $19-million) a day in counter-insurgency operations. A resurgence of violence and increased oil-related crime in the Delta could seriously undermine national security and economic stability, which is already weighed down by the Boko Haram insurgency and dwindling oil revenues.

To prevent a relapse into conflict and to build durable peace in the Niger Delta:

1. Visit the Delta at the earliest opportunity to underscore commitment to the region and lay out a comprehensive plan for its security and development.


To the federal government of Nigeria:

2. Wind down the amnesty programme gradually, while ensuring that ex-militants already registered complete the promised training, but also demand greater transparency and accountability in the programme’s management.

4. Streamline regional development responsibilities, particularly by winding down the MNDA and reforming the NDDC to make it a more accountable and effective agency and thereafter ensuring it is well-resourced.

a) reviving Hyprep as a statutory entity, independent from the petroleum ministry, and directing it to commence clean-up arrangements and operations in Ogoni Land and other adversely affected areas quickly;

b) strengthening the ability of Nosdra to respond to oil spills rapidly and effectively; and

c) discouraging the environmentally damaging proliferation of artisanal refineries by improving the availability of properly-refined petroleum products and creating long-proposed modular refineries across the region.

6. Strengthen security and the rule of law, including by encouraging partnerships between security agencies and local communities in place of the pipeline protection contracts awarded to ex-militant leaders and ethnic militia groups.

7. Work closely with the National Assembly to ensure the speedy passage of the long-stalled PIB this legislative year, on the basis of compromise between Delta interests and those of other areas.

8. Prosecute those responsible for electoral violence and fraud, but also encourage communal and inter-party reconciliation, especially in Rivers State.

To the international community, particularly the European Union and the US and UK governments:

9. Sustain and where possible increase support for existing programmes, including those of civil society organisations, for conflict prevention, peace building, good governance, rule of law and development in the Niger Delta.

10. Offer technical, logistical and other capacity-building assistance to agencies promoting development, safeguarding and restoring the environment and curbing corruption, particularly the NDDC, Hyprep, Nosdra and the Economic and Financial Crimes Commission.

11. Strengthen collaboration with the government and other international partners in fighting oil theft, including by tracking the proceeds of illicit enterprises.

To major oil companies, including Shell and ENI (the Nigerian Agip Oil Company):