Op-Ed: Abortion – it happens all the time 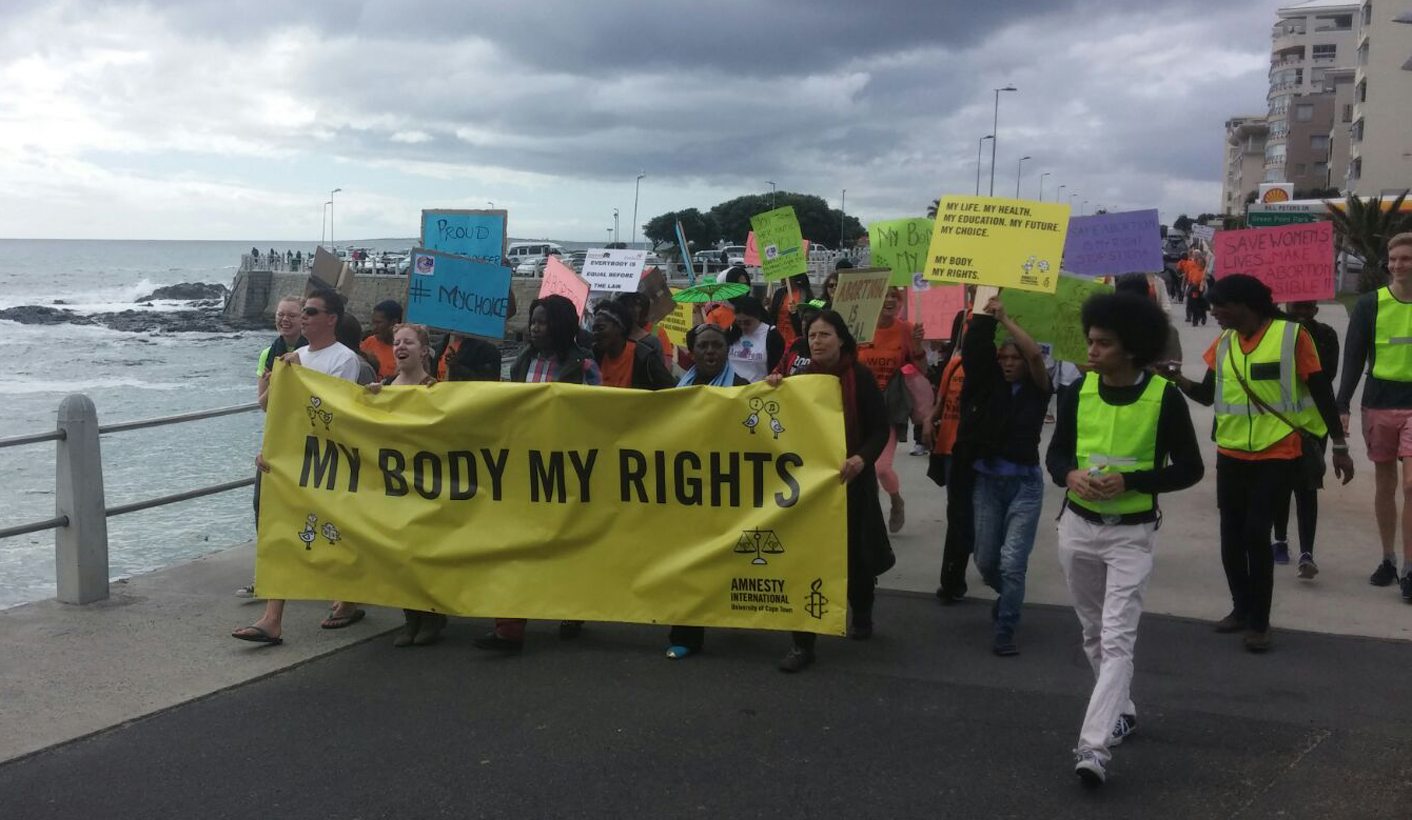 Why is it that rather than public, safe spaces to access essential information on abortion to make informed decisions, women in South Africa are reduced to whispered phone calls to friends-of-friends for a non-judgemental voice that provides accurate information? Why is it that we have reduced women to such despair for wishing to exercise autonomy over their own bodies and their own lives? By MARION STEVENS and RISHITA NANDAGIRI.

It happens all the time – a phone call, an SMS, a facebook message from close friends and sometimes people you haven’t spoken with in years, and at times people one does not know. It almost always starts out the same way: pleasantries, snippets of life updates, and then, “Do you have a bit of time to talk? I need help”.

There are two things that strike you immediately: the desperation tinged with dread in their voice, and the utter lack of accurate knowledge and information about what an abortion involves, the different options available, how to access these services whether in the public or private sector, and what to expect. And there is the one question you know is coming: is it safe?

It’s the desperation that gets me, equal parts heart-breaking and rage-inducing. Why is it that abortion is such a scarce resource? Why is it that rather than public, safe spaces to access essential information to make informed decisions, women are reduced to whispered phone calls to friends-of-friends for a non-judgemental voice that provides accurate information? Why is it that we have reduced women to such despair for wishing to exercise autonomy over their own bodies and their own lives?

In South Africa, abortion has followed the legal parameters of colonial law. In 1974, abortion was provided for under the Abortion and Sterilization Act but it’s approximated that only 1,000 white women were granted access if they could prove they had been raped or were suicidal. Black women were forced to turn to illegal abortions and about 429 women died every year. White women – even if within limited parameters – got access; black women died.

In 1996, we liberalised our law to ensure abortion was available to all on request. Globally, our legal provisions on abortion are viewed as progressive. Our law is clear that trained nurses and midwives can perform abortions in the first trimester, and currently 70% of first-trimester abortions are done by nurses and midwives. Yet, our Department of Health has had no information campaigns to inform women about abortion services and disseminate accurate information. In fact, research suggests many women in urban poor settings believe the notices from illegal providers that litter public transport areas are legitimate. In the resourced Western Cape, some 30% of women seeking second-trimester abortions first started out at illegal providers to obtain services. In 2015, 9.5% of maternal deaths in South Africa result from pregnancy sepsis – a result of septic and illegal abortions. Black women still die from lack of access to safe abortion in South Africa.

We have more women seeking abortions than our current health services can provide, there is a dire need for more trained providers and the Department of Health does not offer training to ensure we have cadres of providers to support women’s decisions and ensure their safety, and illegal providers continue to flourish. Is it any wonder that the desperate calls still come asking for help?

Recently, women’s rights researchers, feminists, and activists have gained traction in pinpointing ‘abortion stigma’ as contributing towards the dire reality that makes abortion so difficult to access. Our Department of Health contributes to the perpetuation of abortion stigma when it does not provide clear information about available services or prioritise abortion training for health workers. This is in addition to having a leader in the form of the health minister who repeatedly suggests that teenagers use abortion as a form of contraception with no evidence to back this up outside the odd anecdote. If a teenager needs to resort to repeat abortions, it is the failure of the Department of Health to provide comprehensive sexuality education for young people to decide which contraception would best suit them and ensure they have access to this without any judgement. Abortions have never been the problem – the problem has always been the legal, societal, cultural, and religious restrictions imposed upon people’s autonomy that continues to strip them of their rights.

Our South African experience is not unique – 28 September, the Global Day of Action for Access to Safe and Legal Abortion, is celebrated with groups mobilising internationally. The day has its origins in Latin America and the Caribbean, where women’s groups have been mobilising around 28 September for the last two decades to demand that their governments decriminalise abortion, provide access to safe and affordable abortion services, and end the stigma and discrimination towards women who decide to have an abortion. The date – 28 September – was chosen in commemoration of the abolition of slavery in Brazil which is now remembered as the day of the ‘free womb’, demanding safe and legal abortion for all women.

The time has come for the global movement for sexual and reproductive rights, for all women to stand together and make one clear demand – access to affordable, safe and legal abortion now! We’re well past the time when information is restricted, where services are only available to the rich, and where desperate women are forced to put their lives at stake. It’s time to make the call – stand up for the rights of women and girls in South Africa, and across the world: challenge stigma, #shoutyourabortionstory instead of whispering it, bust the myths, and claim the rights that are guaranteed in our hallowed Constitution.

For detailed information on September 28, to access resources and take action, visit http://www.september28.org. In South Africa, a march was scheduled as an initiative to end abortion stigma on 27 September in Greenpoint, Cape Town, and on Monday 28 September the Medical Students’ Association of South Africa are holding a workshop to address safe and legal abortion.

Besides that, it is up to you. You and the women you love shouldn’t have to be desperate in 2015 to realise reproductive justice, end the stigma. DM

Photo: The march to end abortion stigma in Cape Town on Sunday 27 September 2015, by Marion Stevens.