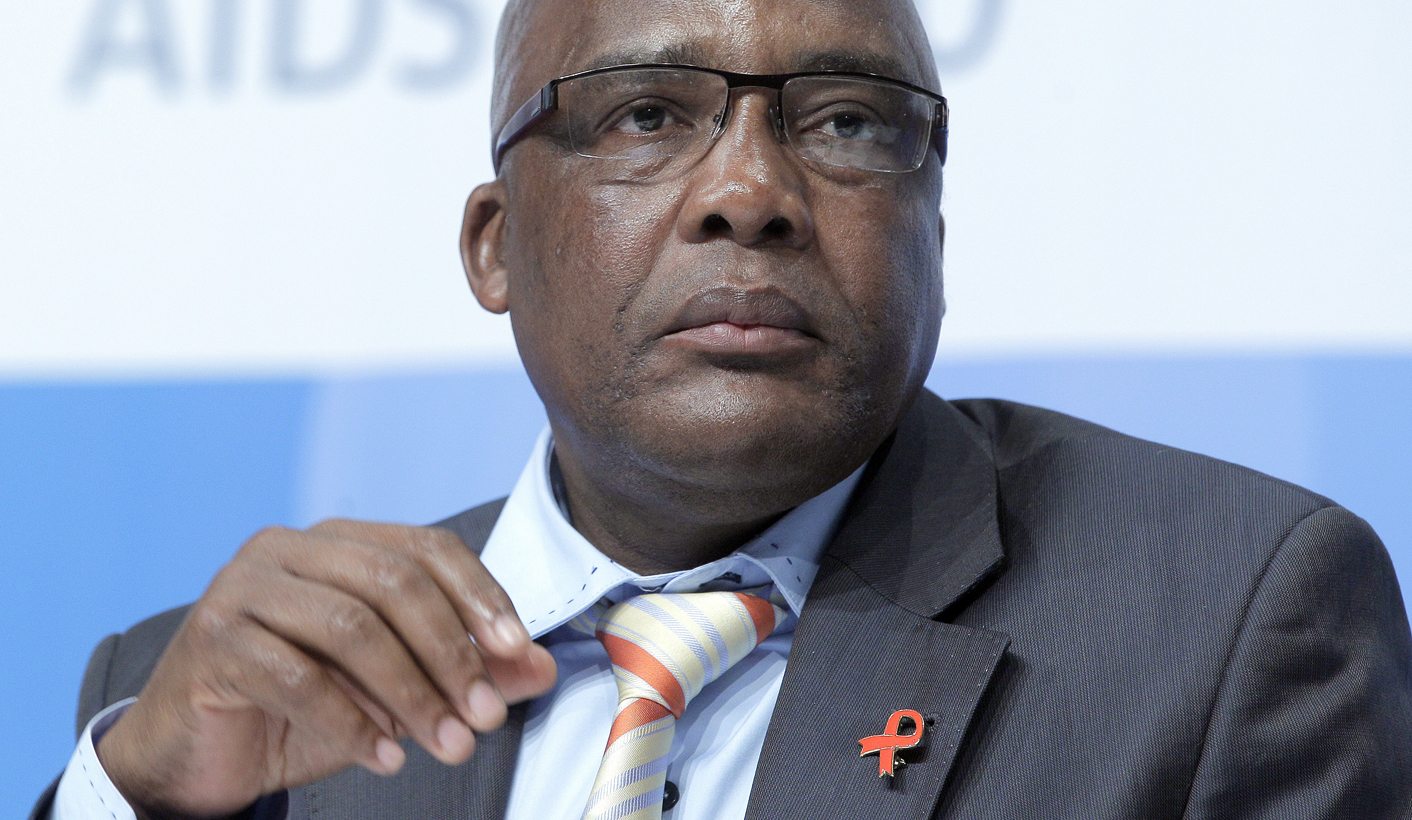 The world’s latest vision of our global future lies buried beneath a litany of numbers and words in 17 goals and nearly 170 targets. For the next 15 years, these new Sustainable Development Goals will guide what donors fund and what countries push – and the world may take a page from Africa’s play book as it moves towards healthcare for all, writes LAURA LOPEZ GONZALEZ for HEALTH-E NEWS.

Born in Springs on Johannesburg’s East Rand, Matshidiso Moeti grew up watching her doctor parents tend wounds and set bones in nearby KwaThema. The little girl destined for big things learned early that injustice and inequity were their own sorts of plagues.

“My parents were doctors in the township and ran a practice … so one was aware of the struggles of families in the community,” she said. “Even by the time I was seven or eight years old, I remember reading The Post newspaper and being very much aware of the political system in place, aware of what was essentially an unjust society … this influenced me a lot.”

When Moeti’s parents moved to Botswana, her father took to the bush conducting small pox eradication campaigns. Her mother took a post at the Botswana health ministry, which led her to what is now Kazakhstan for a work meeting in 1978.

When Moeti’s mother returned home, she had been a part of history. Her meeting had adopted the Alma-Ata Declaration, which made the case for universal health coverage. It would also shape her daughter’s destiny.

Universal health coverage is one of the 169 targets and 17 goals comprising the Sustainable Development Goals (SDGs) adopted by the United Nations on Friday (25 September). They take over from the eight Millenium Development Goals adopted 15 years ago.

The product of hard negotiations and almost 100 international consultations, the SDGs are sufficiently vague as to read like a Utopian laundry list. The real meat likely to guide governments’ and donors’ money is hidden in the SDG’s targets, which include the roll-out of universal health coverage.

But what the world committed to in New York this weekend, Africa has been slowly mulling over for the last decade as more countries including South Africa turn to universal health coverage as a way of improving health outcomes and stamping out deadly inequalities.

From Nigeria to Rwanda, African countries are carving out new ways of doling out – and paying for – healthcare.

Until recently, the world had two brands of universal healthcare both of which were developed in the early 1900s. The British variety uses general taxes to fund publicly provided healthcare, while its German equivalent relies on household premiums, payroll taxes and private healthcare providers. Countries like Japan, Canada and France all implemented variations on these tunes.

However, in about the last decade developing countries from Latin America, Asia and Africa have begun to create new models of universal health coverage.

Ghana increased value-added taxes by about 3% in 2003 to domestically fund its universal health coverage programme. Nigeria used revenue freed up by debt relief to fund pilot universal coverage programmes for expecting mums and children. Likewise, Sierra Leone removed user fees for mothers and young children in 2010 and saw a 60% decline in maternal mortality, according to the United Nations Children’s Fund. Mali, Kenya and Rwanda relied on a mix of international and domestic funding to kick-start moves to universal health coverage.

Dr Matshidiso Moeti, the little girl from Springs, is the first woman to lead the World Health Organisation’s (WHO’s) Africa office as the continent’s health systems seem poised for a revolution – the seeds of which her mother helped to sow decades ago.

Moeti took the reigns in February after being grilled alongside fellow candidates at a meeting of African health ministers in Benin. The meeting included South African Health Minister Aaron Motsoaledi, who put tough questions on universal health coverage to Moeti and others.

“He made a very impassioned plea in his style for the WHO to re-allocate our own internal budget,” Moeti said.

What Motsoaledi asked was that the WHO prioritise universal healthcare.

“We even asked that the WHO Africa region must change its direction,” said Motsoaledi, recalling his encounter with Moeti. “In the past, (the WHO) concentrated on vertical disease programmes. We said they must focus on strengthening health systems to implement universal health coverage.”

It was an easy sell to Moeti, whose agenda for health in Africa includes universal health coverage, underpinned by a commitment to equity in access to healthcare that she inherited from her doctor parents all those years ago.

The WHO Africa office recently saw an almost 30% increase in its universal health coverage budget, which Moeti says is a good start.

But the SDGs have already drawn criticism from experts and countries alike, most markedly because there are so many of them, which may threaten to divide countries’ focuses and money.

In a brief released Friday, international humanitarian organisation Medicines Sans Frontières (MSF) expressed concern over what it said could become a bigger gap between international donor commitments and professed goals as shrinking international aid funding stretches to meet more, rather than fewer, demands. Shrinking aid has already led some African health ministries to push the burden of funding healthcare onto patients.

“The recent resurgence of proven harmful mechanisms such as ‘user fees’ or out-of-pocket payments in the corridors of some ministries of health in Africa is to compensate for dwindling international aid for health,” said MSF, adding that the language of sustainability underlying the new goals hints at an increased push for countries to foot their own bills and could jeopardise health in poor countries. “This is totally contradictory to the concept of universal healthcare, and a major cause for concern.”

In regard to South Africa, both Motsoaledi and Moeti have separately said that they are confident we have the money for universal healthcare.

“We believe there is enough money,” Motsoaledi said at a recent United Nations consultation in Johannesburg. “The WHO recommends that countries must spend five percent of their GDP (gross domestic product) on health. We are at more than 8%, which is equivalent to the average in Europe.”

But much of this money is tied up in the private sector. The National Health Insurance will have to unlock that money and those resources.

“The picture here in (South Africa) is very much complicated by the fact that you have a very big private healthcare sector and you have pricing that is very variable and in the private sector, extremely costly,” admitted Moeti. “I think the reality is that the country will always have a private healthcare sector but it is about how it is rationalised in a country like this that is going to make all the difference.

It is a challenge that other Brics (Brazil, Russia, India, China and South Africa) countries have already had to face. In India, for example, the introduction of universal health coverage led the government to allow private health insurers to bid to implement state health coverage. It is also why the current market inquiry into the private healthcare sector is so important.

“The healthcare system is unaffordable,” Motsoaledi said recently. He went on to describe a case of triplets reported in the media. “Those three kids were 10 days old but they had already run a bill of R790,000.

“I am not going to start believing that there is a market force or some other natural process that, without any procedure, a child 10 days old can run a R790,000 bill,” he said.

According to Department of Health officials, the minister has developed a penchant for the writings of Paul Farmer and quotes the Harvard University professor of global health and social medicine in discussions. Interested in understanding how social and economic conditions affect health, Farmer has made a name for himself by pioneering new community-based models of healthcare in low-resource settings.

In a recent New England Journal of Medicine article, public health experts identified five factors that had influenced the adoption of universal health coverage in six countries, including transformative leadership, economic growth and – the hardest to measure – social solidarity or citizens’ willingness to expand a welfare state.

The authors mention that qualitative studies have shown that social cohesion has led to lower levels of income inequality, crime and corruption as well as rising rates of per-capita GDP historically.

In a country like South Africa, social solidarity may be the one ingredient for a national health insurance that no one has measured but everyone should care about. If you asked a little girl in the East Rand many years ago, she would probably say she already knew that. DM