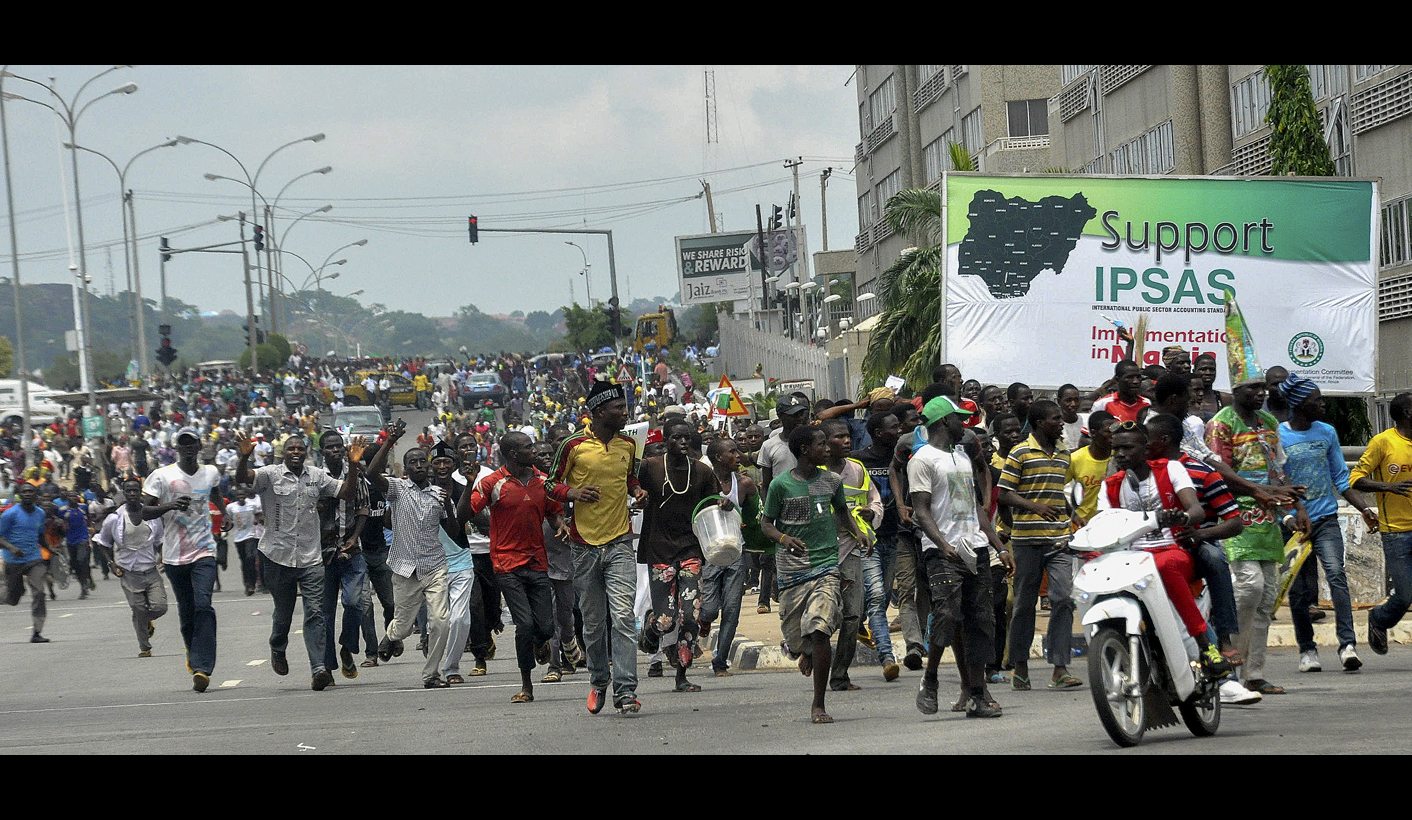 Overall, it is estimated by the UN that Nigeria’s population will expand from 180-million today to more than 400-million by 2050, making it the world’s third most populous country. Properly trained and harnessed, this upsurge in the country's population could offer a demographic dividend. But that will require doing things differently. By GREG MILLS and DICKIE DAVIS.

Kaduna and, 200 kilometres to its south, the capital city, Abuja, illustrate the Nigeria of yesterday and tomorrow. Both were carefully laid out by town planners: Kaduna 100 years ago by the colonial authorities as a centrepiece of Lord Frederick Lugard’s mission to amalgamate the two Nigerian protectorates into one colony.

Despite (or perhaps because of) Lugard’s forcing function, acute differences remained between the north and south of the country, and indeed were only amplified by colonial policies. These still play out in Kaduna, the contemporary site of violent sectarian tensions, especially following the implementation of Sharia law in 2001. Today the city has become partially segregated, increasingly so as a result of the violence; with Muslims living mainly to the city’s north and Christians ensconced in the south.

Located in the centre of the country, Abuja was conceived as a symbol of national unity and neutrality. Designed by an international consortium and constructed largely in the 1980s, it replaced Lagos as Nigeria’s capital in December 1991. Laid out in the style of Brasilia, with a combination of wide roads and occasional bizarre 1970s architectural apparitions (famously, the defence ministry resembles a ship), it is relatively antiseptic albeit functional, at least by the standards of Lagos. It has, however. not been able to entirely escape the religious tensions that have bedevilled Kaduna. In 2011 the United Nations (UN) headquarters in Abuja were targeted with a car bomb and two bombings there by Boko Haram in 2014 killed more than 90 people. Little wonder then that regular roadblocks and police flashlights in the face are now a feature of life in the capital.

Both cities illustrate the promise and challenge of Nigeria: in a word, people. Kaduna is estimated to have more than doubled in the last 10 years to touch 2-million residents, while Abuja has increased perhaps threefold.

Overall, it is estimated by the UN that Nigeria’s population will expand from 180-million today to more than 400-million by 2050, making it the world’s third most populous country, during which time Africa’s overall population is expected to double to 2.5-billion.

Properly trained and harnessed, this upsurge could offer a demographic dividend. But that will require doing things differently. Until now it is said that in Nigeria less that things fall apart, in the words of Chinua Achebe, but that they “collapse into place”.

Former president Olusegun Obasanjo has said, in response to the origins of Boko Haram, that “the fundamental issue is social and economic development, a lack of opportunity” which has caused its followers literally “to reject Western education because it has given them so little”. He added that “its origins are from the absence of employment” and stressed that this is related to education. Obasanjo said that in the south-east the literacy rate is 78%, “and in the southwest it’s 79%. But in the northeast (where Boko Haram is concentrated) it is 19%”.

The road to Kaduna offers plenty of evidence of the scale of the challenge. Stores line the highway, selling plastic bottles of red palm oil, guinea fowl eggs, corn and soil-encrusted yams. In one of the ‘tanker towns’, more than 100 fuel-tankers take refreshments, says my friend, “of various sorts”. The roadside scenes remind one both of the strength of the human spirit and the costs of weak governance, and of Shakespeare’s comment: “Hell is empty, and all the devils are here.”

Despite the potential, the rich soils and plentiful rainfall, Nigeria is a net food importer. Even though agriculture employs two-thirds of the labour force, the UN’s Food and Agriculture Organisation calculates that over the past 20 years, value-added per capita in agriculture has risen by less than 1% annually. It estimates that Nigeria has forfeited $10-billion in annual export opportunities from groundnuts, palm oil, cocoa and cotton alone. Nigeria consumes 5-million tonnes of rice a year, at least 3-million of which is imported. Though it is the largest producer of cassava in the world, the average yield is estimated at just under 14 tonnes per hectare against a potential yield of up to 40 tonnes. Equally, productivity on other cereals remains low, around 1.2 tons per hectare compared, for example, to South African farms which average three times.

The reasons for the poor performance include high interest rates, the lack of large-scale commercial plantations, scant use of fertilisers, and an absence of extension services. But the underlying issue has been the dominance of crude oil as a source of national revenue and the lack of will to diversify as long as the price was high.

Indeed, Nigerians do not expect much from the government, which is focused largely on distributing its oil income, responsible for 90% of exports and 70% of government revenue. Oil rents – which are the difference between the value of crude oil production at world prices and total costs of production – account for some 15% of gross domestic product.

While this system might satisfy the needs of a ‘rentier’ elite, Nigeria’s Oga’s (big men), what of the rest of the population?

Without a manufacturing sector in a country that “virtually imports everything”, says one official, the alternative to agriculture is in services. But there the majority is, at least so far, trading in the informal sector; selling on the side of the road and at intersections, in subsistence rather than wage-earning services.

With Nigeria accounting for 20% of sub-Saharan Africa’s population, the country currently accounts for just 3% ($3.5-billion) of the region’s manufactured exports (South Africa is at 6% and 38%, respectively).

Thus the country, says leading local economist Afeikhena Jerome, “needs policies to bring in manufacturing, for which Nigeria requires improved infrastructure efficiencies and better skills”. For this, greater and more reliable power is needed, to which end the country has to wean itself off of a redistribution and subsidy economic culture to free up money for spending on capital projects. As Jerome notes, MTN Nigeria, the country’s leading cellphone provider, spends more than $5.5-million each month on diesel for its 6,000 generators across the country.

In part, this environment, he reminds us, also reflects the high cost of tariffs for services, indicating both a lack of competition and, again, a lack of infrastructure investment.

Change will require a tough-minded government intent on transforming the pattern of political behaviour, possessing the necessary will and capability to move quickly through the stages of security stabilisation to instilling better governance and pursuing economic development. There is little alternative, save a more desperate outcome. The rise of Boko Haram points to the dangers of business as usual. DM

Dr Greg Mills directs the Johannesburg-based Brenthurst Foundation; Major-General (retired) Dickie Davis is an associate with the foundation. Both have recently been in Nigeria.