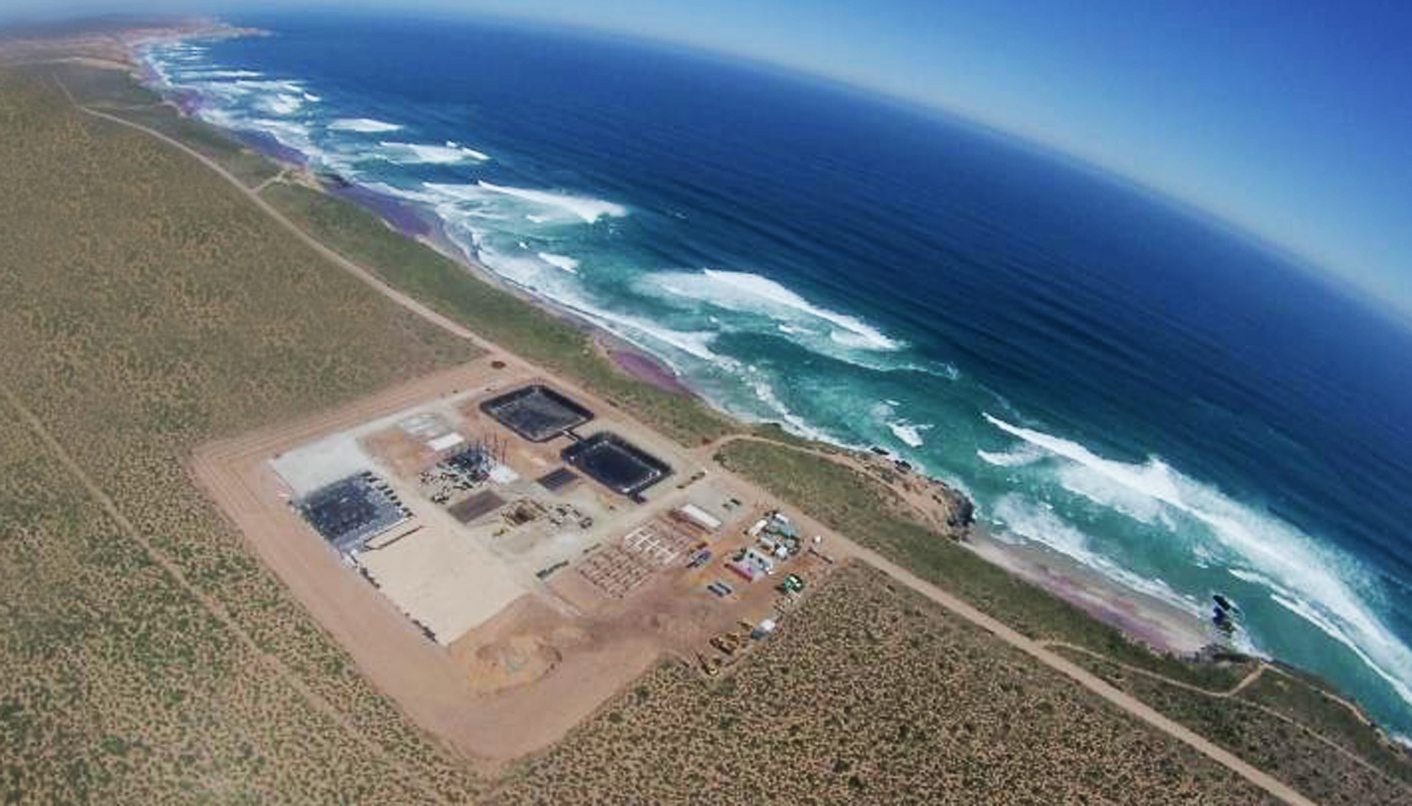 Workers at Australian-owned Tormin mine on the west coast are still on strike after a protest two weeks ago in which a police officer and a worker were injured, and 27 people were arrested. By Mary-Anne Gontsana for GROUNDUP.

Tormin mine, opened in March 2014, extracts zircon and other minerals from sand on the west coast near Vredendal, about 400 kilometres north of Cape Town. It is owned by Australia’s Mineral Commodities (MRC) group, which also owns the Xolobeni titanium project in the Eastern Cape, which is being opposed by residents of the area. Tormin employs about 250 people.

After failed negotiations at the Commission for Conciliation, Mediation and Arbitration (CCMA), Tormin employees went on strike on 4 September over wages and working hours. On 10 September, about 27 miners and Vredendal community members were arrested after taking part in a demonstration outside the mine. They appeared in the Vredendal Magistrate’s Court on 11 September, charged with public violence, and were released on R500 bail.

One of those arrested was Frans Bam, Lutzville ward councillor and executive member of the Vredendal council. Bam says he was not part of the demonstration but went to the mine as a member of the National Union of Mineworkers, after receiving a call from one of the other members alerting him to what was going on outside the gates of the mine.

NUM claims membership of up to 80% at the mine.

Bam said wages had been cut without consultation and workers also complained of racism and unfair dismissals. Employees’ anger at mine management had spilled over into the community, he said.

“The demonstration on the 10th started at around 3am. Demonstrators started early because they wanted to stop vehicles from entering the mine. At around 6:30am I received a call telling me what was going on. I rushed to the site and when I arrived I saw a number of policemen standing by the gate. Some had rifles. Out of the blue I saw demonstrators running in different directions, and I saw teargas being thrown by police.”

Bam said he asked police officers why teargas was being used since the strike was protected, and was told the workers were picketing in areas where they were not allowed to.

He said when he left in his car he saw people running and one of the protesters was knocked down by a bakkie driven “by one of the managers”.

“An ambulance came and took the man to the hospital.”

The injured man, Isac Luveve, was discharged from hospital last Monday. He did not want to speak to GroundUp.

Bam and three miners to whom he had given a lift were arrested.

“At the moment the strike is still ongoing and NUM and the mining company are still in dispute,” said Bam.

One of the striking workers, Abubakah Fredericks, who is also NUM provincial regional organiser, said mine management had now offered workers an 8% increase but they would not accept it. Management and the NUM were due to meet again today, he said.

Police spokesman Frederick Van Wyk confirmed the arrests. “On 4 September workers of NUM had a strike at MSR Tormin Mine, Koekenaap, Lutzville and it continued during the following week. The entrance to the mine was blocked by strikers. On 10 September strikers still refused to clear the entrance to the mine. Tyres were burnt at the entrance gate, vehicles were damaged and one SAPS member was injured. During the strike SAPS members arrested 27 strikers, 19 males and eight females, between the ages of 20 and 50. They appeared in the Vredendal Magistrate’s Court on charges of public violence.”

PR consultant for Tormin, Anne Dunn, said the workers’ allegations against mine manager Gary Thompson were “inaccurate and groundless”.

“The company prefers to deal with the matter pertaining to the strike internally and doesn’t want to get media involved,” she said.

The 27 miners and community members will appear in court again on 8 October. DM

Photo: Aerial view of Tormin mine on the west coast. Photo from Tormin promotional video.