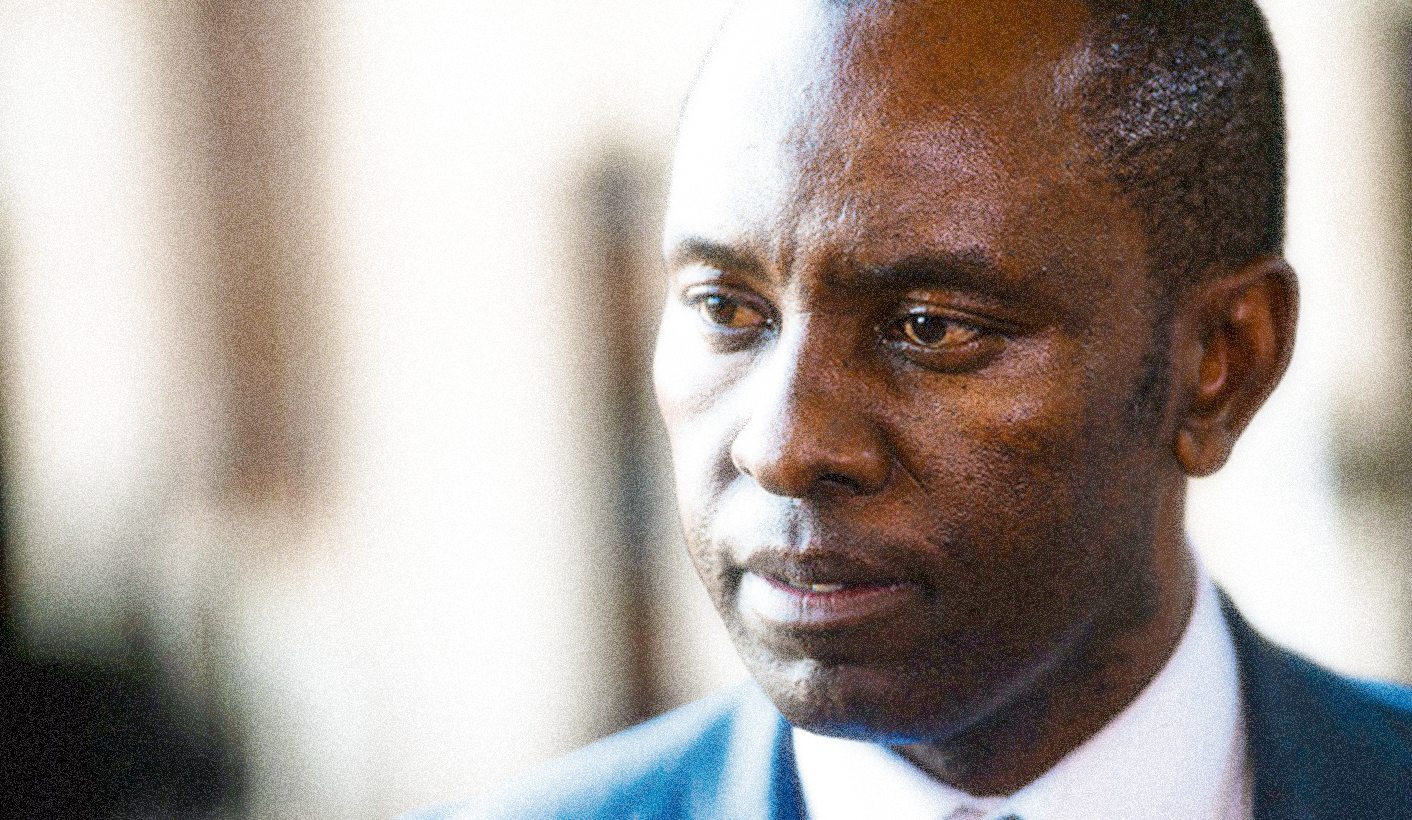 On Tuesday night President Jacob Zuma announced a strange mini-reshuffle of his cabinet: Ngoako Ramatlhodi was moving to Public Service and Administration, and a complete newcomer Mosebenzi Zwane was now in charge of Mineral Resources. Immediately, the search started for a motive: Why move Ramatlhodi? And what is it about this move that seems odd? And why would Zuma make such a move at this particular time? The conspiracy theorists immediately blamed the Guptas. They could well be right. By STEPHEN GROOTES.

Several moons ago, when the economy was still growing, and mining was a viable industry (so, just two years ago, then – Ed), a spin doctor called Mac Maharaj released a statement, following a reshuffle of the Cabinet by President Jacob Zuma. In that statement he “wished to remind opinion makers” that Zuma did not have to provide reasons for his decisions when it came to cabinet appointments. As always with Maharaj, on the facts he was absolutely right. But politics is not always about facts; it is often about personalities and perceptions, and it is always about context. If someone is not going to explain their reasons for a decision, then tea-leaves will have to be read, because there is no other option. As lawyers like to point out, if no proper version is put up by the defence, then the prosecution case has to be accepted as the truth.

So, in this case we must examine the context.

That South African mining is in crisis is almost certainly common cause, but Ramatlhodi was getting to grips with the problems. As someone who can be alternately tremendously charming, and sometimes a little hardline (I well remember coming away from a long interview with him some years ago thinking that he was actually quite funny, but Glencore will remember him less fondly for his handling of the Optimum Coal Mine), he had started a series of processes aimed at solving at least some of the problems. After a long period of dispute with the mining industry, he and managers had agreed to ask a judge for a declaratory order on the “once empowered, always empowered” dispute over what happens when someone sells BEE shares. It seemed that he and the industry were starting to understand each other.

Now, someone who is completely new to the scene, who has played no role on the national stage and was only sworn in as an MP two weeks ago, is in charge of this critically important department, just when the industry doesn’t have the time for someone new to start by learning on the job.

Zwane’s backstory seemed to be linked, in strange ways, to the Gupta family. It was the Mail and Guardian that reported, back in 2013, how the Free State Agricultural department, on his watch, sent a formal invitation to a provincial minister in India. That invitation was then used as the reason that the delegation this minister headed was allowed to land at Waterkloof. Their end destination; a wedding for a member of the Gupta family.

But wait, says the man, there’s more. The same paper has also reported that Zwane was in charge of that same provincial department, when a curious project began, that would see the Guptas involved in a massive dairy farm. In the end the partnership did not go ahead. (The Guptas have denied any proper involvement in that project.)

Up until this point, claims that the Gupta family had the power to appoint a cabinet minister seemed far-fetched. But then, not so long ago, it also seemed impossible to think for the Chair of the Jacob Zuma Foundation, to have that same power, and yet it has now been claimed in court papers that indeed Dudu Myeni was responsible for the removal of Malusi Gigaba from Public Enterprises. And thus his movement to Home Affairs where he has become the darling of the tourism industry for his heroism in fighting child trafficking. Kidding, of course.

Now, those who make the ‘expendable ministers’ claim can’t be laughed off so easily.

But for those who prefer a Gupta-lite flavour of conspiracy, there is indeed another possibility that we must consider. The Sunday Independent has reported that Bridgette Radebe, aspirant mine-owner, was furious with Ramatlhodi over a BEE deal that she wanted to benefit from. She is firstly, a BEE beneficiary, a sister of both Patrice Motsepe and Cyril Ramphosa’s wife Tshepo Motsepe, and of course, wife of Minister in Presidency Jeff Radebe, someone who is related to power through birth, marriage and politics.

One presumes she would not be kept on hold for too long on the Presidential Hotline.

This could well indicate that actually this was all a fight for money, and Ramatlhodi was simply standing in the way.

No matter what the reason, there are one or two things that cannot be argued against. The Mineral Resources Ministry, as a regulatory ministry, controls mining licenses. This means the scope for patronage, or sheer corruption if you prefer, is massive. Several years ago it appeared that a corrupt official in this department allowed a company owned partly by Duduzane Zuma to copy an application from another company for a prospecting right, in a mine that could have come to be worth over a billion rand. That case eventually led to the suspension of Glynnis Breytenbach from the National Prosecuting Authority. More recently, a firm that just happens to be owned by the Chinese government, spent over a R150 million prospecting on a piece of land in the Northern Cape. But when it sought to actually start mining what it had found, that mining right was handed to a company that happens to be owned by the governments of Zambia, Zimbabwe, and wait for it, South Africa. Can you imagine spending that amount of money and having it taken from you just like that?

It’s just an illustration of the power Zwane now has in his new position.

As a general rule of thumb, when someone who has never been a national player is plucked from relative obscurity by Zuma, they tend to do whatever he wants. Think of Nkosinathi Nhleko and his operatic defence of the “firepool“, or Riah Phiyega, or Hlaudi Motsoneng. There of course exceptions, but they are few and far between.