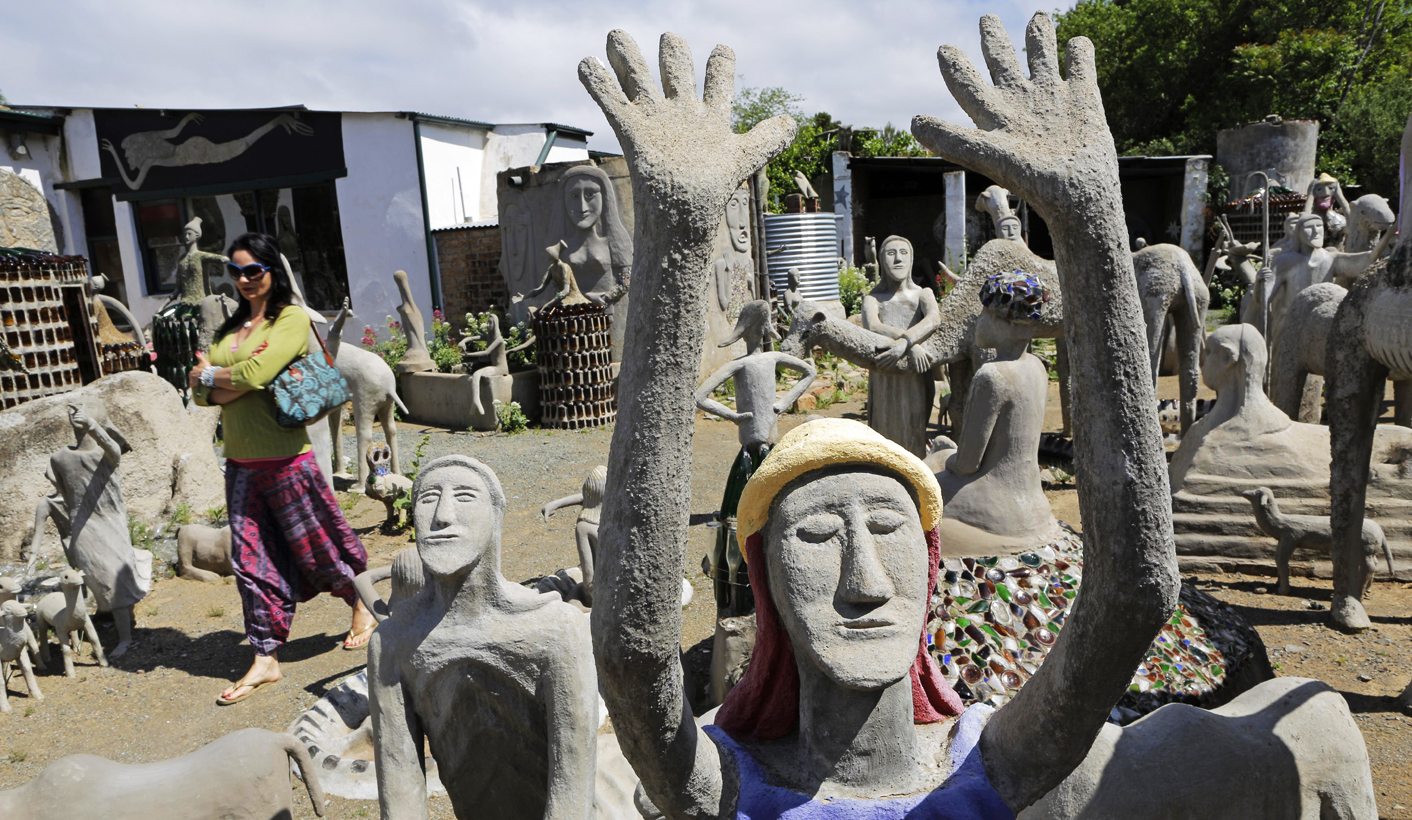 In the run-up to the world’s most significant climate change conference, COP 21, Parliament is hearing submissions from the South African public on the topic of climate change and the country's proposals for managing it. Early on, a pattern has emerged: frustration that the government is still so reliant on coal-based energy. By REBECCA DAVIS.

South Africa’s official stance on climate change, one activist pointed out to Parliament on Tuesday, is not denialist. The South African government is very much on board with the principle that the global climate is changing, and that the effects are being felt in South Africa already. The Department of Environmental Affairs’ Maesela Kekana showed pictures of flooding in Soweto and droughts in other provinces.

“We never had this before,” he said. And, repeatedly: “We are the most vulnerable ones.”

So what is South Africa planning to do about it? Kekana told Parliament that the Intended Nationally Determined Contributions (INDC) – the plan the country will take to COP 21 in Paris in December – was put together by a negotiating team which involved almost all government departments.

There are two significant aspects to the plan: mitigation and adaptation. Mitigation refers to the commitments South Africa will make to reduce its own emissions, as the biggest emitter of greenhouse gases in Africa. Adaptation refers to the need to integrate climate change responses into policy end economic objectives, as well as building the country’s resilience to climate change risk.

“South Africa is firmly committed to working with others to ensure temperature increases are kept well below 2°C above pre-industrial levels,” the INDC states, noting: “Climate change is already having an impact on South Africa with marked temperature increases, rainfall variations and rising sea levels”. The plan stresses the need for rich countries to step up, given that “poor countries and communities are least responsible for the problem of global climate change but are the most vulnerable to its impacts”.

For South Africa to carry through its plans, “we need finance”, Kekana said: as well as support, technology and capacity-building in terms of both adaptation and mitigation. The government’s view is that the 2015 agreement to come out of Paris must provide climate finance from developed countries to developing countries.

The government has previously stated that it wants to ensure that “the voices of our people from all walks of life are heard and captured in our country’s position”. Climate activists aren’t convinced. Desmond D’Sa, of the South Durban Environmental Alliance, told Parliament South Africa’s INDC had been drawn up without proper consultation or public participation. A representative from the Soweto Electricity Crisis Committee echoed the same complaint.

That’s what Parliament’s two days of public hearings are aimed at, however, and the first day saw committee chairman Jackson Mthembu jovially presiding over a room so packed there was barely a seat to be had anywhere. Representatives drawn from churches, community groups and environmental justice nongovernmental organisations took it in turns to make submissions.

One of the first to address the meeting, a Reverend G Shayi from Gugulethu, began by noting that climate change was foretold in the Bible, and proceeded to sternly warn that there was “no debate left in the scientific community about climate change”. He concluded with a prayer that the Lord would sort it all out smoothly, although he’d previously also urged the curbing of greenhouse gases.

Groundwork director Bobby Peek was the first, but not the last, to directly finger Eskom as a major problem in South Africa’s efforts to combat its own emissions. He said local studies showed a direct impact on people’s health due to coal-fired pollution from Eskom. The majority of South Africa’s hospital admissions as a result of respiratory problems are “because we burn all this coal”.

Peek said it was essential that South Africa pull back from coal, instead of which the country seemed to be bent on building new coal-fired power stations.

Peek also accused the Department of Environmental Affairs of “fiddling with the numbers” when it came to South Africa’s carbon emissions. At COP 15 in Copenhagen in 2009, he said South Africa committed to lowering its emissions to 506-million tons of carbon. But realising we would “overshoot that quite heavily”, the government “suddenly produced a new figure”, more than 100-million tons above the original commitment.

A representative from the Highveld Environmental Justice Alliance also slammed the government’s focus on coal as a source of power, saying coal plants increased water scarcity.

Earth Life Africa’s Chris Taylor put it bluntly: “Our biggest problem is with two entities. Eskom and Sasol.” Another representative from Sasolburg shared a similar sentiment: “When we talk about pollution, there is Sasol,” he said.

Other calls were made for the government and the mining industry to deal with the problem of acid mine drainage, and to rehabilitate mine dumps. More pressure was needed on the local industry to conform to air quality regulations, it was also suggested.

But the World Wildlife Fund’s Louise Naude also noted that the government was under “enormous pressure” from the business lobby to permit higher levels of emissions. “They present as business, as if all business in South Africa shares one perspective. But this is the fossil fuel industry, which has brought behind it some other business,” Naude said.

While noting that it was impossible to switch off South Africa’s dependence on coal and oil tomorrow, and that it would likely take some decades for the country to shift to renewable energy, Naude appealed to the government not to allow the vested interests of business to dominate. She paid tribute to the proposed INDC, however, saying that its adaptation component displayed “world leadership”.

Her colleague Tasneem Essop suggested that after 2050, fossil fuels should be a thing of the past. She called on South Africa’s negotiators in Paris to take a strong position on behalf of developing countries, while acknowledging that developing countries are also part of the global climate crisis and need to contribute to dealing with it. Developed countries are not fulfilling their obligations when it comes to climate finance, she said.

“We believe outcomes in Paris must be based both on science and equity,” Essop said. DM

Photo: Artworks Helen Martins, are seen in the garden of her Owl house in the tiny Karoo town of Nieu-Bethesda, South Africa, 10 November 2014. EPA/KIM LUDBROOK