Analysis: Can South Africa win a seat on the UN Security Council? 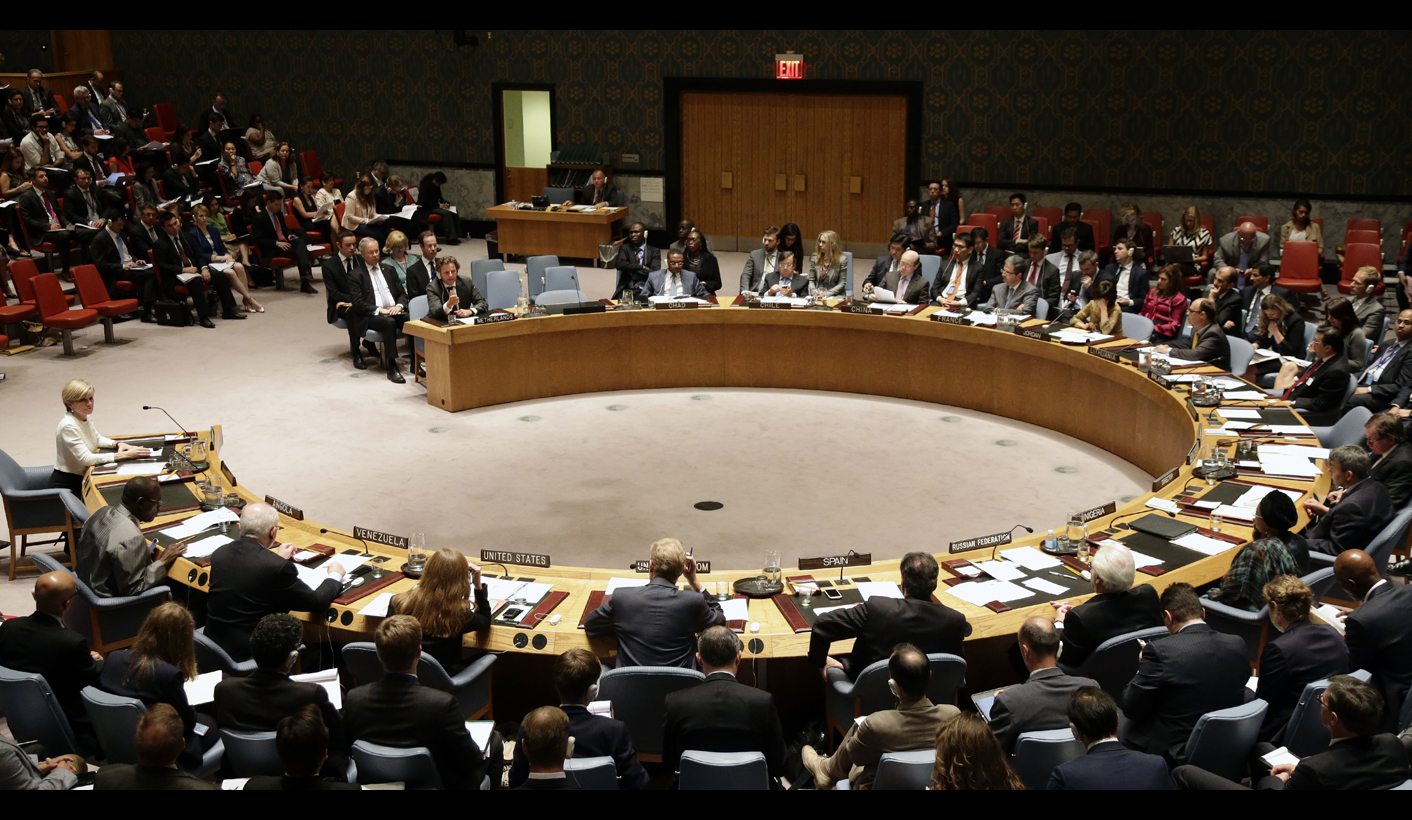 South Africa has made it clear for some years that it aspires to become a permanent member of the United Nations (UN) Security Council. With the UN's General Assembly coming up on Friday, the issue of the council’s reform will be on the agenda. The African National Congress says China and Russia support South Africa’s bid – but it’s highly unlikely to be smooth sailing. By REBECCA DAVIS.

In the build-up to the UN’s forthcoming General Assembly, senior figures in the African National Congress (ANC) have stated repeatedly that South Africa wants to see the organisation’s Security Council made more inclusive.

Here’s President Jacob Zuma last week: “South Africa will use its participation in the 70th session to continue our relentless work to achieve the reform of the UN, especially of the Security Council which has a key role to play in promoting world peace and security.” The ANC’s latest discussion document on international relations stresses that the reform of the Security Council must be a “key focus”.

It’s understandable that the ANC sees a permanent seat on the Security Council as not just a prize, but an issue of fundamental global justice. No African country currently has a permanent seat, despite the fact that the continent is home to more than 1-billion people.

The referral of cases by the Security Council to the International Criminal Court (ICC) has doubtless increased the ANC’s desire for African seats on the council, particularly in the wake of the Omar al-Bashir controversy.

The national general council discussion document states: “South Africa notes that even permanent members of the Security Council which are not signatories to the Rome Statute on the International Criminal Court may participate fully in discussions on the ICC and referrals by the Security Council of a situation in a country to the ICC.”

Most significantly, only the permanent members of the Security Council have veto power – allowing them to block council resolutions. There are currently only five permanent members: China, Russia, France, Britain and the US.

The ANC endorses the agreement arrived at by the African Union (AU) called the Ezulwini Consensus, which seeks two permanent seats for African countries, with veto power.

ANC head of international relations Obed Bapela told journalists on Monday that the ANC would be supported by China and Russia in their bid to ensure African representation on the council.

But there are a number of reasons why they are unlikely to get their way – at least immediately.

One is that it’s not just African countries which are lobbying for a permanent seat on the Security Council. India wants a seat. Brazil and Japan want a seat. Germany occasionally hints at a seat – particularly given that it pays more than 7% of the UN budget, compared with Britain and France’s 6%.

Another is that the question of UN Security Council reform and expansion has been a vexed issue for over three decades. Over the years, various alternatives have been proposed instead of offering more countries full permanent membership. In 2005, for instance, erstwhile UN secretary-general Kofi Annan suggested a system of dividing renewable four-year memberships among regional groups.

By 2011, UN head Ban Ki-moon was warning that reform of the council was “too long overdue” given the shifts in geopolitics since the council’s establishment in the wake of World War II.

This year, progress has been evident in the fact that the UN General Assembly has adopted a negotiating text to kickstart discussions on reform. But there are already indications that the UN superpowers are still reluctant to open the door too widely.

Ahead of the General Assembly, US ambassador to the UN Samantha Power has said the US is opposed to any expansion of the veto power, though it is open “in principle” to a “modest” expansion of Security Council members.

Despite Bapela’s confident words about Russia’s support, Russia Today reported last week that the country would only support the expansion of the Security Council if such a move was backed by more than two-thirds of UN member states. Russia’s Deputy Foreign Minister Gennady Gatilov also said that the all-important veto should be reserved for the current five permanent members.

Other UN members, such as Pakistan, want to see UN structural reform but oppose the introduction of new permanent members to the Security Council. Individual nations have a beef with the aspirant members’ ambitions: Pakistan with India, and China with Japan, for instance.

Then there’s another thorny issue: if only one permanent seat on the Security Council were to be made available to Africa, would it go to South Africa – or Nigeria?

President Jacob Zuma and former Nigerian president Goodluck Jonathan have previously denied that the two countries are in competition for such a position, but the nations have had power struggles in the past over issues like the leadership of the AU.

Nigerian Vice-President Yemi Osinbajo recently announced that if one country were to permanently represent Africa on the council it should be Nigeria.

“We take the position based on our peacekeeping role in the United Nations, the size of our economy, and the fact that we have the largest population in the continent to say that Nigeria deserves a permanent status in the Security Council,” Osinbajo said.

If you listen to Zimbabwean President Robert Mugabe, neither South Africa nor Nigeria are worthy of the position. At the AU summit in June, Mugabe was reported as having said that Africa could never back the two countries because they had betrayed the continent for voting for the Security Council resolution which saw military action taken against Libyan dictator Muammar Gaddafi.

Those hoping to see any substantive reform emerge from this year’s General Assembly will probably return home disappointed. As the Institute for Security Studies’ Jakkie Cilliers wrote in May this year: “Thus far, every effort at reform has fallen foul of power politics. It would seem that all countries are in favour of reform until it gets to the detail. Then, after much lobbying, numerous meetings and increasingly convoluted proposals, the status quo is eventually retained. Bruised diplomats retreat to their respective national corners to contemplate a next round, and so the charade continues.” DM

Photo: General view of the United Nations Security Council (UNSC) during a vote on the situation in the Ukraine and Malaysia Airlines Flight 17 at the UN headquarters in New York, USA, 29 July 2015. EPA/JASON SZENES