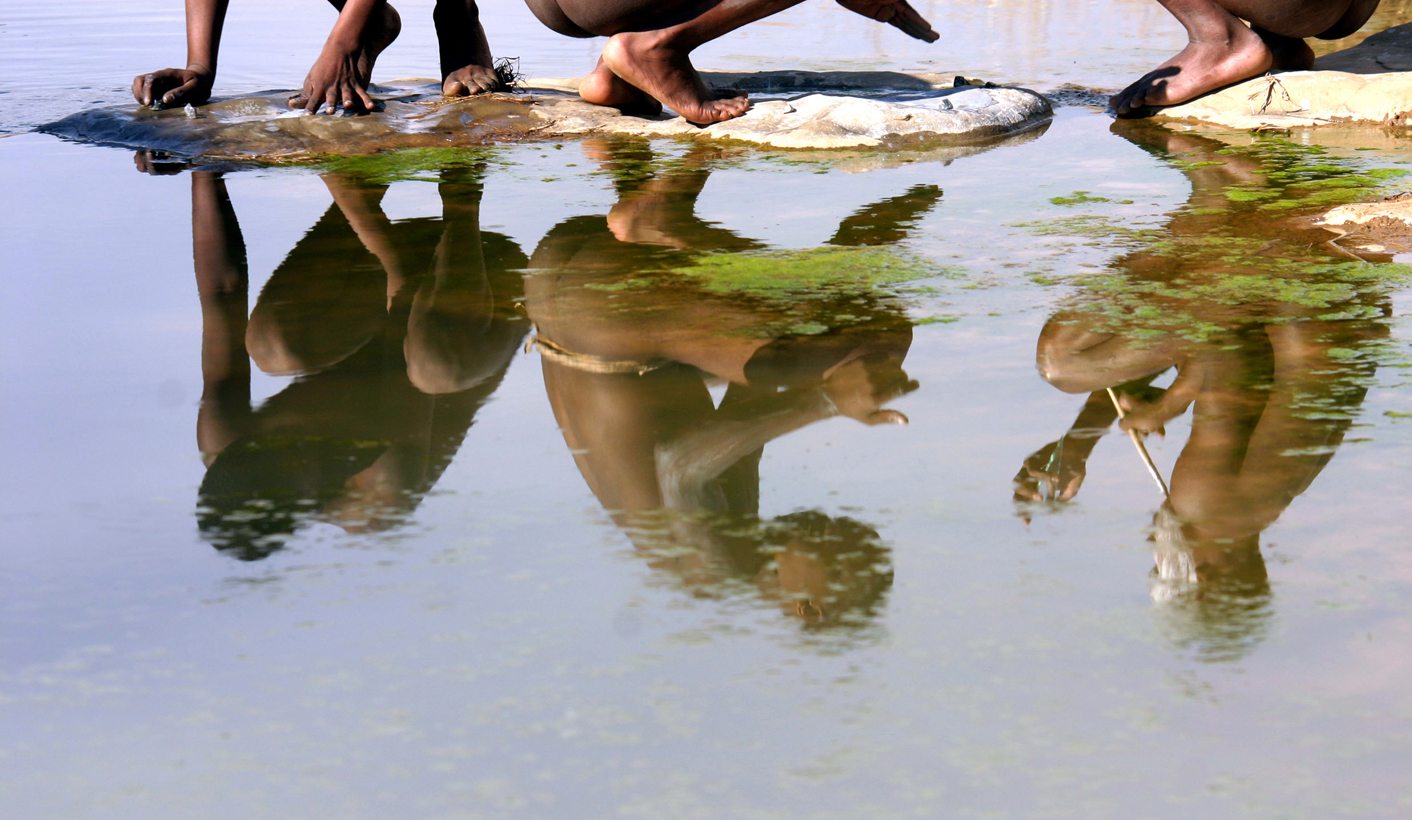 When 23 boys who had been kidnapped and taken to a dodgy initiation school in Soweto were rescued, it should have been a positive story. Yet this is the story of two parents whose children continue to face constant threats even after they had been saved. By GREG NICOLSON.

‘Rescue’ is a tricky label. During the winter initiation season, Cooperative Governance Deputy Minister Obed Bapela and Gauteng social development MEC Faith Mazibuko closed an initiation school in Meadowlands, Soweto, where 23 boys were found malnourished and dehydrated weeks after they had been kidnapped from Orange Farm. Some had been whipped with sjamboks and others burnt. Headlines said they had been rescued, but they were not saved from harm.

The state and the National House of Traditional Leaders have responded to the dozens of fatalities and hundreds of injuries at initiation schools with plans to combat botched circumcisions, crack down on illegal schools, and address issues of negligence and assault.

The Orange Farm case, however, shows just how complicated the challenges are, how much more work has to be done at a community level.

Tom Mothopeng points to the hill opposite the Orange Farm Eyethu Mall. It is covered in scrub, except for a wide stairway rising to the peak. In June, thugs herded 23 boys into the bushes, forcing them to crouch until nightfall before they were taken on the train to a mine dump in Meadowlands. There the kidnapped boys were kept under a reign of terror. For weeks their parents didn’t know where they were.

Mothopeng’s 14-year-old son was one of the 23 kidnapped boys. “You can imagine not seeing your child in three weeks. You don’t know if he’s washing, if he’s eating,” he says looking towards the hill. “They just took your child like a dog.” During the three weeks of stress and searching, the father lost so much weight his trouser size dropped from 40 to 32, he says.

Anna Khumalo’s 15-year-old was also kidnapped. Two weeks after he was taken men came to her house demanding almost R1,000 for his return. She could only afford R450 and provided some groceries they demanded to feed her son. She struggles to describe what it was like in the three weeks during which her son was missing.

Meadowlands locals initially thought the group were illegal miners but once they realised what was going on they alerted the police who closed the school. When Bapela and Mazibuko visited the site with the media in tow, they found pangas and glue the thugs had been sniffing.

There’s no national legislation allowing organisers of illegal schools to be prosecuted. Some provinces are introducing laws to criminalise illegal schools. National draft regulations on initiation schools could become law next year allowing for the prosecution of those organising illegal schools. There’s also talk of the Criminal Procedures Act being amended this year to fill the gap.

But these 23 boys had been mistreated and assaulted. Khumalo and Mothopeng say they first saw the boys again boys in hospital, some on drips, others with cigarette burns and wounds from being whipped. Khumalo says her son was so hungry he was eating like a pig. Describing the moment he was reunited with his son, Mothopeng walks away, returns, and apologises for crying.

A group abducted the boys, but only one person was arrested. He was later released do to a lack of evidence and no one else has been charged.

After the boys were recovered, their parents say they were promised they would be taken to a place of safety to protect them from their kidnappers. There they were supposed to receive counselling. Once back in the community they thought the community policing forum (CPF) and police would ensure they were safe. None of that happened, they say.

Days after the boys were found, the parents were shocked to receive phone calls telling them their sons had been taken back to Orange Farm and were waiting outside the local police station to be collected. Now they are subjected to regular threats from the same people who abducted their kids. Mothopeng sees them on the street and knows where they hang out. She claims two of the abductors even go to school with his son.

“They were told to their face they will kill you if you let the secret out,” says Mothopeng. The kidnappers want money and with school closing soon they are threatening to take the boys again.

“Last week I heard from my son the very same thugs came to him and asked him, ‘If you are not going to go with us when the school closes this coming Monday you have to choose – we’re going to beat you or we’re going to kill you.’” says Mothopeng. “They go to the school. They wait outside the gate. That’s when the threats are happening.” He says he can’t walk his son to and from school every day and if it’s dangerous he wants the boy to stay home.

One of the thugs visited Khumalo and said that if they see her son they will cut off his head. Despite living on a government grant and being a single parent, Khumalo is now paying for her son to live near Pretoria to keep him safe. Out of fear, many of the boys took weeks off school once they were back in Orange Farm and two have not returned.

“As this is happening we’re going to the police, we’re going everywhere, to the government’s door, asking for help,” says Mothopeng.

“No help,” says Mothopeng. They have no idea when their sons will be safe again and have heard threats that the same thugs are preparing to do exactly the same thing to other youth.

To combat the problem the parents have been outspoken and formed a non-profit organisation. While officials have appeared sympathetic, their problems have worsened as they try to engage the police, the CPF, the South African National Civic Organisation, the Congress of National Traditional Leaders of South Africa, and provincial government departments. Meetings to resolve the issues are repeatedly delayed, the police are hostile, and the parents now feel threatened as they’re consistently told “you talk too much” by the leaders they hoped would help them find solutions.

Rather than being rescued, the boys and their families are still at risk. Mothopeng is desperate. Khumalo has had to send her son away. Mothopeng would move if he didn’t own property in Orange Farm.

“What must I do? Where must I go?” he asks. It’s not rhetorical. He’s still trying to save his son’s life and doesn’t know how. DM

Photo: Initiates are reflected in the water as they wash off ikota (white lime stone) in the Eastern Cape, South Africa, July 20, 2006. REUTERS/Siphiwe Sibeko.