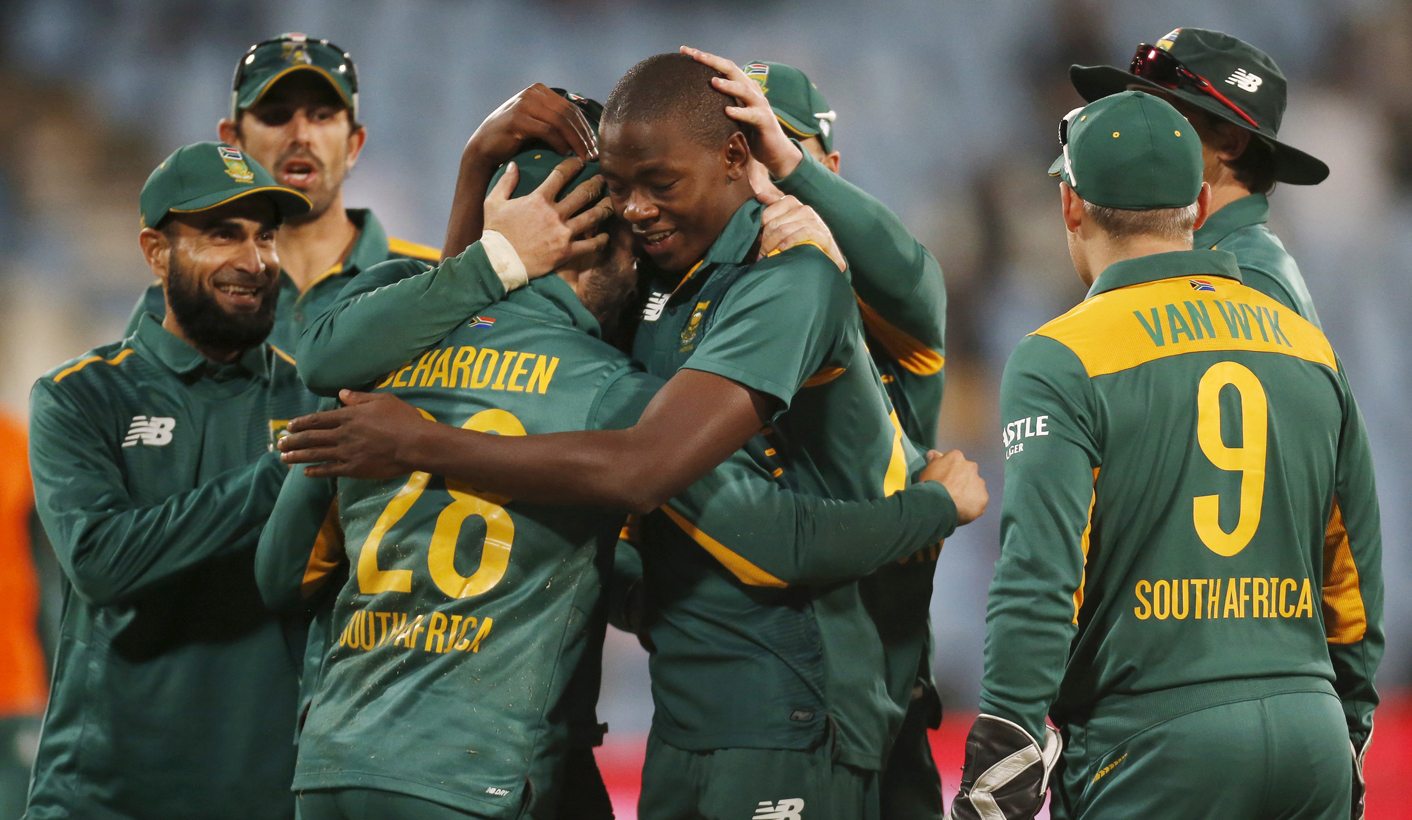 While the Springboks are putting the final touches to preparations for the World Cup where some don’t expect them to go further than the quarterfinals, the Proteas are preparing for one of the toughest challenges in recent times. South Africa will set off for India next week in a tour that will stretch over 70 days for the players who are part of all three formats.

The tour, comprising two Twenty20s, five one-day internationals and four Tests, will be one of South Africa’s toughest assignments in recent years and will see them trying to defend their record of not having lost a Test series away from home since 2006. While the limited-overs matches offer fun, distraction and the possibility to test out a few combinations ahead of the World Twenty20 next year, the Test series is serious business.

The current crop of South African players – even without Graeme Smith and Jacques Kallis – have forged a reputation as one of the best Test teams ever, but India is always seen as the final frontier to greatness. They have toured the country just once in the last nine years and that ended in a draw. No doubt South Africa will be looking for a win now, and to do so they will be looking for the right combinations.

South Africa have opted to take three spinners on the tour, Imran Tahir, Dane Piedt and incumbent Simon Harmer. While doubts remain over Tahir’s ability in Tests, he does offer variation. On India’s low and slow tracks, South Africa might very well be tempted into playing three spinners, but it’s the quicks where most will be keeping a beady eye. Rising star Kagiso Rabada is also part of the Test playing mix, but bowling coach Charl Langeveldt admits it might be some time yet before the lanky paceman makes his Test debut.

“We’re winning Test matches at the moment, so it’s going to be hard for Kagiso to get into the Test side,” said Langeveldt

“India is probably going to be even harder because we might play two spinners. We’ve got three seam bowlers that have done well for South Africa for a number of years. If an injury comes along then you never know. You always make sure the player is prepared if the opportunity does come his way. I can’t say when he’s going to play, all I control is whether or not he will be ready.”

While Dale Steyn, Vernon Philander and Morné Morkel make up the pace attack in the Test side, Langveldt believes there is a fair bit of competition in the limited-overs side and that it can only be a good thing.

“I think it’s (competition for spots) already happening, and that’s what you want. You want an armoury of bowlers that are competing. When you have guys competing for the same spot, everyone will lift their game. The senior guy will even lift his game. You have to earn your right to play for South Africa.”

After South Africa’s bumper tour to India, they will host England in another lengthy tour. There are just 21 days between South Africa finishing their Test series in India and the Test series against England starting on home soil. If a Test debut is on the cards for young Kagiso Rabada, it is far more likely that it will come on his home turf.

“Generally the wickets are much flatter in India and on the subcontinent, and readjusting to the home series in South Africa at the end of the year may prove difficult.

“Our bowlers won’t change their approach too much from the subcontinent to playing back in South Africa. Steyn’s stock delivery is still fourth stump going away, and in India he will maybe be just on off-stump. It’s not a big adjustment.

“Vernon is the same type of bowler as he bowls in the same areas. The biggest change will be from Morné from India to here because of his extra bounce.”

Of course, injury too could mean Rabada is thrown into the lion’s den in India, while fatigue could also strike. For Langeveldt and the rest of South Africa’s management, it is key to ensure that he is fit and ready when the opportunity does knock. DM