Burkina Faso: The sting in the tail of the counter-revolution 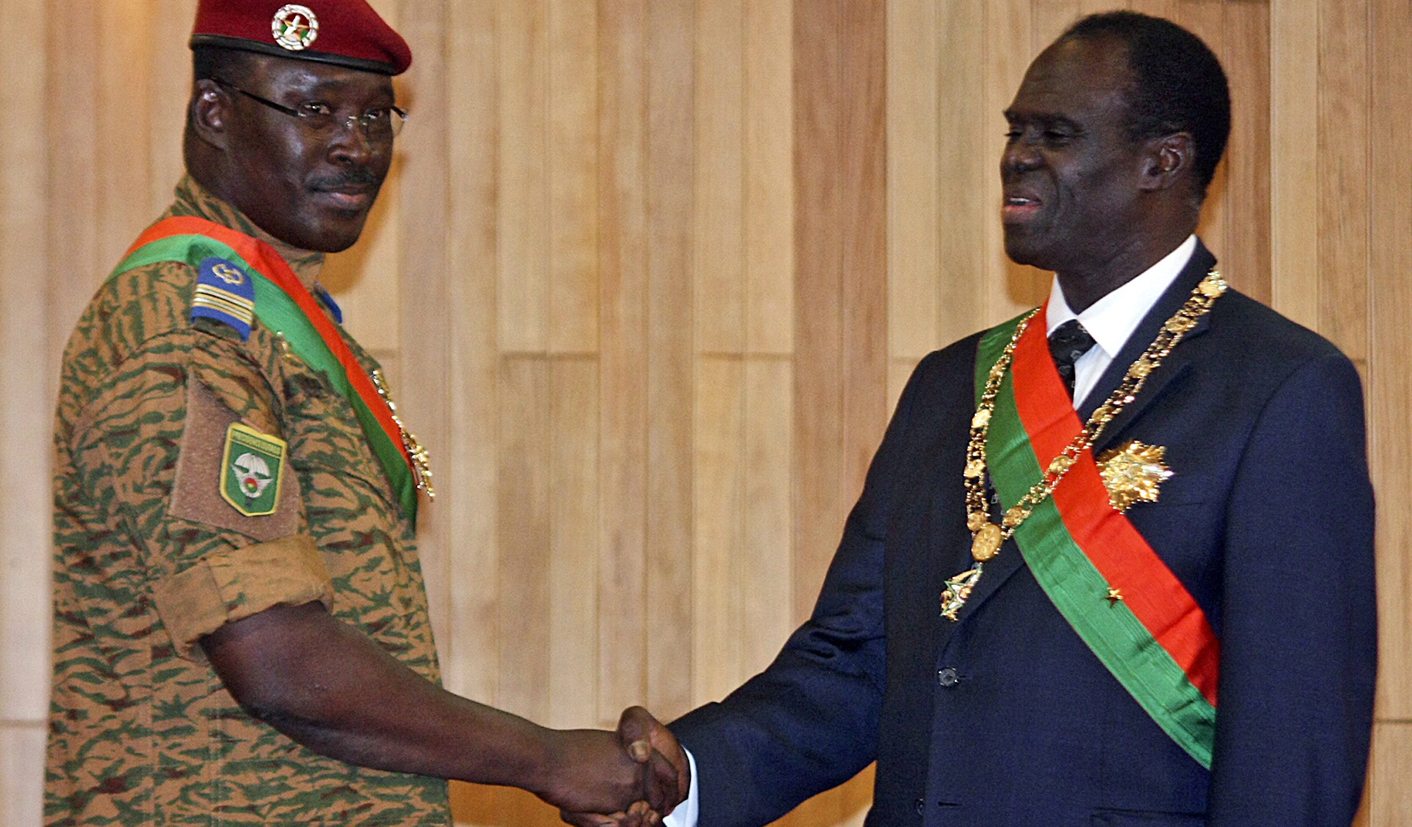 When the much-feared Presidential Guard stormed into a cabinet meeting to arrest Burkina Faso’s interim President and Prime Minister, we should not have been surprised. Until now, the country’s revolution has been – superficially at least – a little too clean, a little too orderly. In hindsight, another setback was always inevitable. By SIMON ALLISON.

As revolutions go, Burkina Faso’s was relatively tidy. President Blaise Compaoré chose not to fight to the death, scurrying into exile instead; and while violence was used to disperse popular protests, the casualty count remained in the single digits.

But as always, things behind the scenes were a lot more complicated. While interim President Michel Kafando was a civilian, his Prime Minister, Lieutenant Colonel Zida, was drawn from the upper echelons of the elite presidential guard (the Régiment de sécurité présidentielle, or RSP), the primary enforcers of the Compaoré regime. The army, meanwhile, continued to play a major role in political affairs ahead of the general election scheduled for 11 October.

Compaoré may have disappeared, but the state he created remained alive and well – and violently resistant to change.

These tensions exploded into the open on Wednesday, when members of the presidential guard stormed a cabinet meeting and arrested both President Kafando and Prime Minister Zida. State television and radio were taken off air. Nervous citizens stayed at home in anticipation of more trouble, and shops have closed their doors.

On Thursday, the RSP confirmed everyone’s worst fears: this was more than just intimidation tactics. This was a coup. In a public address, a military official said that the interim government had been disbanded, to be replaced with “a national democracy council tasked with organising democratic and inclusive elections” – whatever that means.

Two things prompted this sudden escalation in hostilities. First was the government’s decision to exclude members of the Compaore regime from contesting the upcoming elections. In the statement, the military said that this was not inclusive or democratic and therefore provided legitimate grounds for a coup. It is likely that Compaore’s former party, the Congress for Democracy and Progress, either supported or played a role in orchestrating the coup (tellingly, its leaders have refused to condemn the coup).

Second, and probably more pertinent, was the recommendation by the national Truth and Reconciliation Commission to disband the RSP. This represented an existential threat to the very institution that has now seized power.

“The presidential guard has always been the backbone of power, and within the new political dispensation the new political authorities have made it clear they want to reduce the influence of that unit within the army, if not suppress it completely,” said David Zounmenou, a senior researcher at the Institute for Security Studies.

Leading the campaign against the RSP was Prime Minister Zida, who went from the unit’s second-in-command to its most vociferous opponent. It is likely that personal animosity between Zida and General Gilbert Diendéré, the head of the unit, is also a factor in the current unrest. Although General Diendéré tends to avoid the spotlight, he was often described as Compaore’s right-hand man, or the power behind the throne.

Attention turns now to what comes next. Will the military really organise new elections? Who will take charge in the meantime? And will the people of Burkina Faso – who have already removed one leader through popular protests – accept the takeover?

“Unconfirmed rumours are that General Diendéré would be the new man in power, even if behind the scenes,” said Eloïse Bertrand, a researcher with the University of Warwick and an expert on Burkinabé politics. “The population, however, seems ready to resist this new coup, and I really think there is a wide consensus against the RSP. I think there is a real possibility that things will become violent as the coup leaders seem to have nothing to lose, and would probably repress violently massive protests.” Already, Reuters reported that soldiers fired warning shots to disperse a crowd of more than 100 people gathered in Ouagadougou’s Independence Square on Thursday morning.

Another important question concerns Compaoré himself. If his allies are calling the shots, is the exiled leader likely to return?

“While the RSP is definitely linked to the Compaoré regime, I would be very shocked to see a return of Compaoré himself. History demonstrates that once a military leader has taken power, he is unlikely to hand it to another leader. Therefore, while this is possibly a counter-revolution – or as I would prefer, a ‘counter-coup’ – in that it has returned power to the bloc that previously ruled the country, I do not foresee the return of Compaoré, or the return of democracy,” said Frank Charnas, Daily Maverick contributor and CEO of risk analysis firm Afrique Consulting.

Charnas added: “This coup places the international community in a precarious position. Kafando and Zida were not democratically elected, and while they were set to hold elections in the near future, their mandate was no more legitimate than that of the coup leaders. As was demonstrated following the overthrow of Compaoré, the international community is unlikely to take any concrete action beyond public denouncement of the coup.” DM

Photo: A file picture dated 18 November 2014 shows Michel Kafando (R) shaking hands with Lieutenant-Colonel Isaac Zida (L) after being sworn in as the country’s transitional president in Ouagadougou, Burkina Faso. Members of Burkina Faso’s presidential guard on 17 September 2015 announced the dissolution of the government on national television, saying President Michel Kafando had been ousted amid demonstrations against the coup. EPA/HERVE TAOKO.