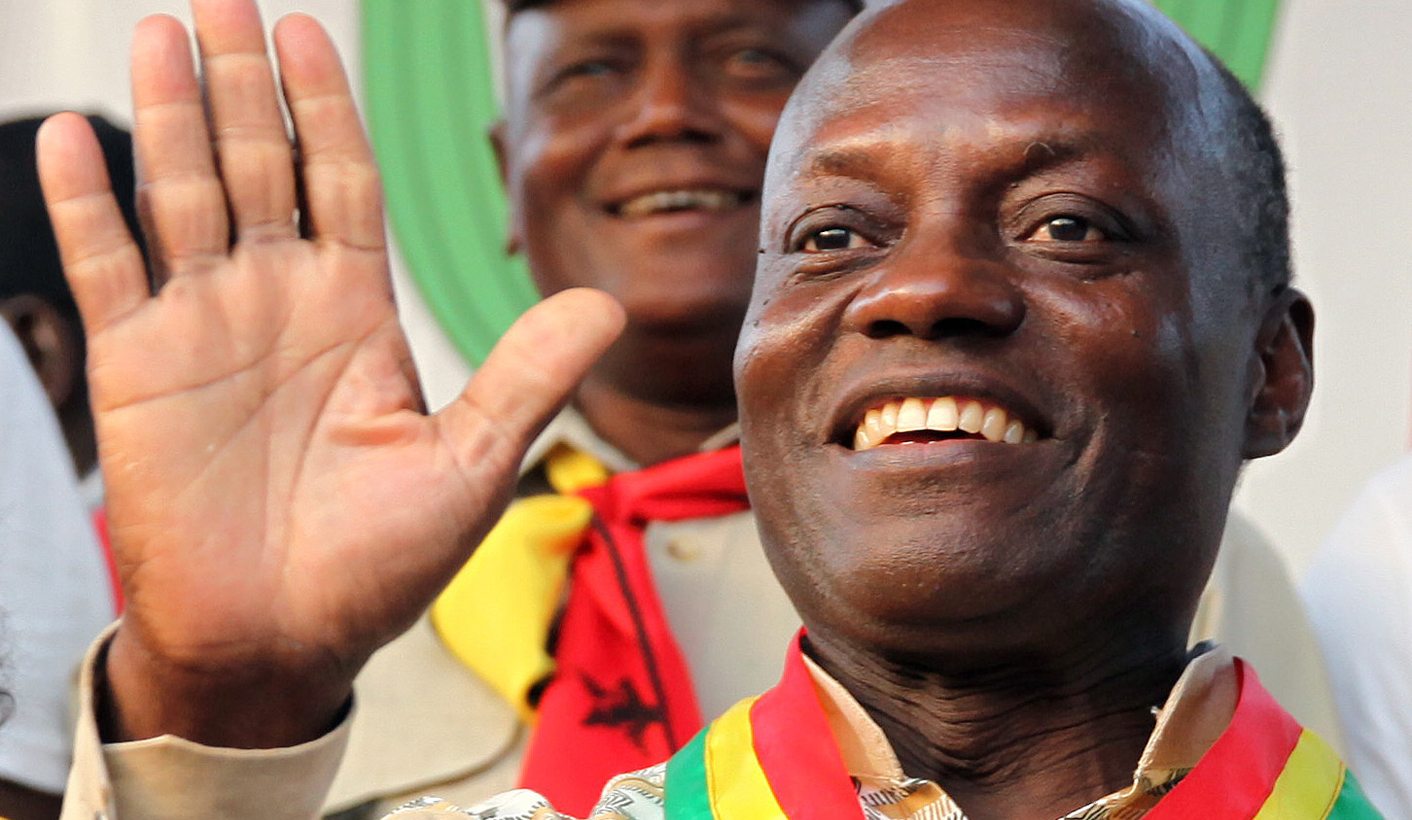 Yet again, tiny Guinea Bissau is in political crisis – which is to say that, in this West African country, politics and crisis are practically synonymous. But while serious, this crisis is different. It might just offer a glimpse of better things to come. By SIMON ALLISON.

If there’s one statistic that tells you everything you need to know about Guinea Bissau, that explains more than any other why the tiny west African country is in a state of perennial turmoil, it is this one: no president has completed a full five-year term in office since 1974. For more than four decades, the government has lurched from one crisis to the next, failing utterly to provide even the basics of good governance.

It is therefore with a sense of weary resignation that observers greet the news that the government is embroiled in yet another fiasco. Last month, President Jose Mario Vaz sacked Prime Minister Domingos Simoes Pereira and his cabinet over concerns that the Prime minister was becoming too popular and powerful. His replacement, Baciro Dja, was appointed against the wishes of the ruling party – of which both Vaz and Pereira are members – and lasted just 20 days in office before he too was out, forced to resign after the Supreme Court deemed his appointment unconstitutional. Dja’s two day-old cabinet was dissolved too.

It was supposed to be different, this time. Vaz and Pereira came to power in 2014, in fraught elections organised by mediators and designed to put an end to the infighting. With a convincing popular mandate, the two were supposed to concentrate on reforming Guinea Bissau’s rotten institutions, reining in corruption and combating the rampant drug trafficking which earned the country its reputation as the world’s first narco-state.

For a while, things seemed to be going well. Pereira was credited with getting basic services up and running again, while Vaz tried to modernise the military (paying soldiers via their bank accounts rather than using sacks of cash, for instance). The international community has led the fight against drug traffickers, and has claimed major successes.

But tensions were never far from the surface. Guinea Bissau’s constitution, inspired by Portugal, is vague on the exact relationship between the president and the prime minister: neither is a figurehead, so who gets to control what? And lurking in the background, always presumed to be plotting yet another coup, is the army.

For once, the army has stayed in its barracks, but the relationship between the two politicians has frayed, seemingly beyond repair. Vaz and Pereira could not agree on reforms, and battled over government appointments, with Vaz accusing Pereira of appointing his own supporters. The president was also losing control of the ruling party, which increasingly answered to Pereira.

“Guinea Bissau is very good at holding post-conflict elections. It’s not so good at what comes next,” David Zounmenou, senior researcher at the Institute for Security Studies, observed at a briefing.

For Zounmenou, the current instability – which has left Guinea Bissau without a credible prime minister or cabinet for the last month – goes beyond a mere clash of egos and personalities. He argues that the failure to meaningfully reform the country’s institutions makes these political crises inevitable, and that the international community should perhaps have put as much effort into institution-building as it did into the war on drugs.

Above all, Zounmenou argues that the structure of the state needs to be rethought. Dividing executive functions between the president and prime minister has, historically and today, been a recipe for instability in Guinea-Bissau. “Semi-presidential systems cause problems everywhere we see them in Africa. Is this the right arrangement for Guinea Bissau at this time? It’s time to reconsider.”

Attention now turns to the impact of this particular political crisis. Will Vaz bow to international pressure to reappoint Pereira? Will the army step in?

Oddly enough, despite this bleak picture, there are a couple of encouraging signs that tentatively – very tentatively – suggest that Guinea Bissau may emerge from this in better shape than usual.

The first, and most significant, is that the army shows no signs of getting involved. This is most unusual, but things have changed: there is huge international pressure on the army to stay out of politics. This includes sanctions on top military officials, and the presence of a peacekeeping force from the Economic Community of West African States (Ecowas). These measures are clearly making a difference, for now, and it’s no coincidence that on Sunday Ecowas renewed its mandate in Guinea Bissau for another six months. It helps that soldiers have continued to receive their pay, removing a major source of discontent.

The second is the role played by the Supreme Court. Typically, the judiciary in Guinea Bissau has had little independence and even less influence, but its decision to invalidate the appointment of the most recent prime minister shows that it can stand up to power – and Dja’s decision to resign as a result shows that its decisions carry serious weight.

For the last four decades, Guinea Bissau has been synonymous with political instability. Fixing this is a long-term project. In the short term, if that instability can be moderated and controlled – if the army stays out of things, and if it doesn’t translate into political violence – then the country can, cautiously, claim to have made progress. Who knows: if Vaz navigates this particular crisis successfully, he may yet become the first president in four decades to serve a full term in office. DM