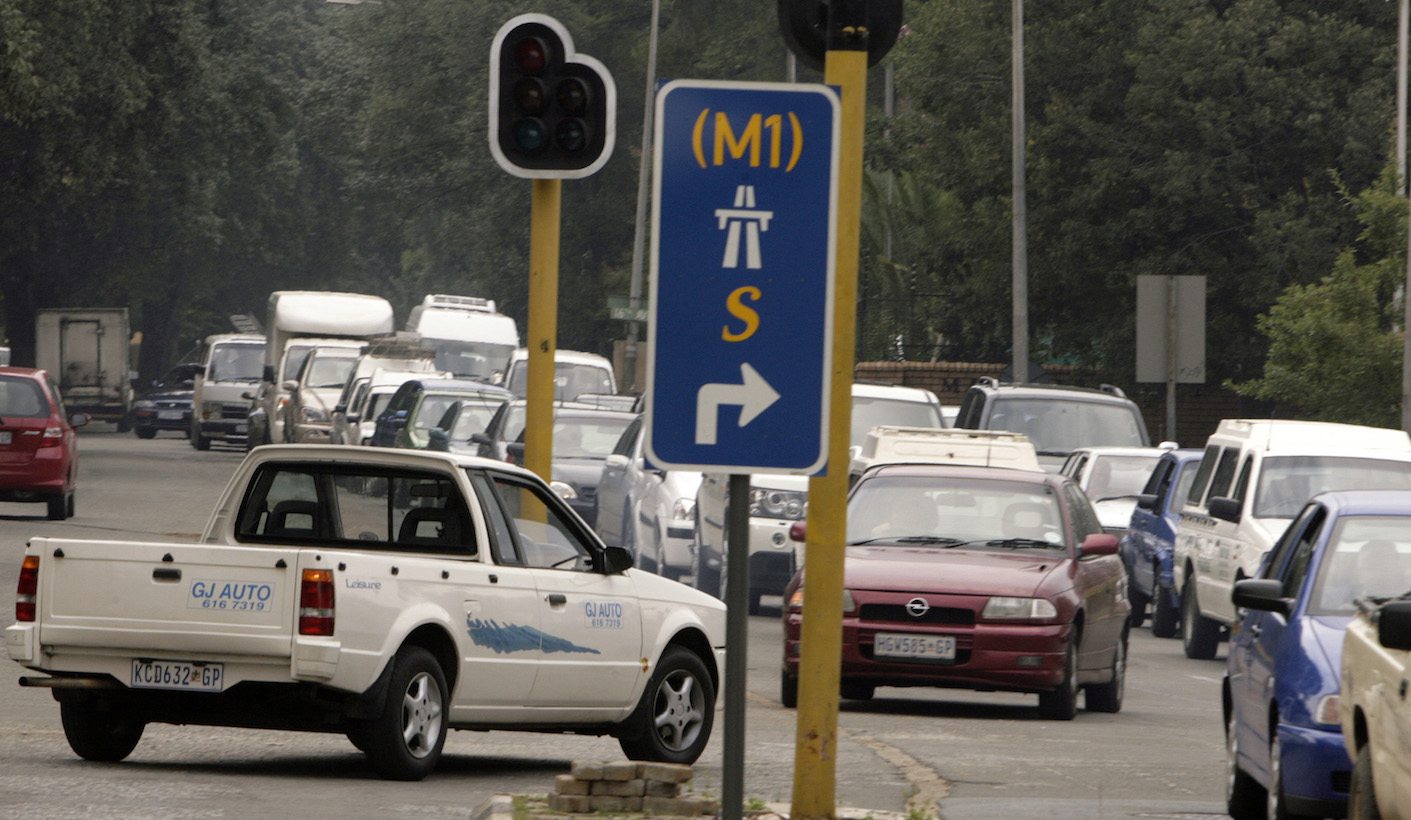 One of the big changes in South African middle-class life over the last five years has been the huge increase in the amount of time people are spending stuck in traffic. There are many more cars on the roads in all the major centres than there used to be, while roads themselves are pretty much the same size. The City of Johannesburg is now beginning to try to find ways around this, with a plan to close some lanes to cars in Sandton next month. At the same time, there are some pretty simple and cheap common sense ideas that should be tried. And it seems that cycling is slowly becoming more of an option in some areas. More change is on the way. By STEPHEN GROOTES.

When the little green people from the planet Zog finally land, and after they ask us to explain why people are treated differently because of how they look and where they were born, they’ll probably ask why so many of us spend so much time in our own little tin cans every day. I cycle to work most days of the week and it usually takes me around 10 minutes to get out of Sandton during rush hour. But often the only people moving are fellow cyclists, or pedestrians. The cars are all sitting still, the smell of burning clutches filling the air.

In one sense, this is really an issue about space and control. Roads can only be so wide, and they fill up with cars quite quickly. Those cars need to be controlled so they don’t crash into each other. But each lone motorist is occupying a car’s worth of space by themselves.

Think of it like this, Sandton’s Grayston Avenue could certainly accommodate many more people walking at any one time than it can people in cars. And we’re not talking huge distances here; generally almost anyone would be able to easily walk down the main roads, if they were guaranteed safe transport to their home afterwards. And they would walk more quickly than they are driving now.

The city has been doing some thinking about all of this. And there is pressure on it to act. Gauteng transport MEC Ismail Vadi has pointed out several times that Sandton is probably only a year away from permanent gridlock during the morning and afternoon peak period.

So there is now a plan in place to block off certain lanes in Sandton for the month of October. This has been met with an almost unanimous chorus of groans from those who drive to work. All they can see is longer delays. They’re not wrong. But the real push is surely to try to get those people out of their cars and onto public transport. And this is where the main problem has been. Places like London could easily institute a congestion charge for cars, because it’s so easy to get anywhere in that city on the Tube or on a bus. And as the majority of people in the city centre were using the bus anyway, when those services improved because there was less traffic, the politicians happily counted their votes. Cities like London are also much safer for cyclists and motorbikes; the fear of being mown down by some psychopath in a minibus taxi is simply not present.

Here, of course, things are different. There is no real viable alternative for motorists. There is the Gautrain bus system, but it tends to be stuck in the same traffic as everyone else. Which is why the city is going to try to push people onto the Gautrain buses by making services easier to access, and giving the buses dedicated lanes. It is also going to create some sort of park and ride system so that people will be able to get relatively close to Sandton, then park their cars and take a bus. And there will be cycle lanes for Lycra-clad morons like me.

All of this is clever stuff. And the city has a very easy response to the naysayers. It simply needs to point out that something has to be done, and ask what other options there are. It will be met with silence at that point.

That said, there are still some major issues. While the city has spoken to the businesses in the affected areas, there doesn’t seem to be one central point where people can get all the information they need. The best Google comes up with – http://www.ecomobilityfestival.org/transport-management-plan/ – is actually part of a site about the EcoMobility Festival which is being held at the same time. It’s useful, but it’s hardly the first place most people would look. What is needed is a huge site with all the possible information someone could need. And it needs to be the first result when you punch ‘Sandton traffic’ into your browser. And it needs to go live now, because people need to plan.

This is one of those situations where the communication is almost as important as what you are actually doing in the first place.

There are also other quick and cheap things the city could do. The people who run the 94.7 cycle race have a huge database of phone numbers of people who ride for fun, so why not ask them to promote cycling to work, or to at least ask people why they aren’t cycling to work?

And this month of October is also a good time to introduce another quick strategy. At the moment the Outsurance pointsmen (they should really be pointspeople; most of them are women) are used at certain intersections every day, and at major intersections when the traffic lights go out. But they often manage to get the traffic flowing more easily than the traffic lights. So why are we not training hundreds of people to do this every day during peak periods? They could easily be linked to each through walkie talkies, and that should help traffic move more quickly. This seems to happen fairly often to get traffic out of the Johannesburg central business district during rush hour. Once again, it’s about space and control; humans, coordinating with each other will almost always control traffic better than pre-programmed robots. It may be the opposite of science fiction, but it will create proper sustainable and worthwhile jobs.

There are some people, in fact many people, who are going to find that these kind of plans – which will be instituted beyond Sandton at some point – make their lives more complicated. The hundreds of thousands of people who drop children off at school or pick them up will find it almost impossible to do so without using a car. Many others may be too elderly or infirm, or just not confident enough, to walk or take the bus. The real aim should not be to force people never to drive. It should be about giving people different options, so that they chose not to drive, not all the time, but most of the time.

Traffic is a funny thing. If you can reduce the number of cars by just 20% on any given day, the difference can feel much bigger than that. That is all that really needs to happen. Get 29% of motorists out of their cars on any given day and there’ll be a huge difference. But it’s going to take much more direct communication, more planning, and careful management.

The stakes are actually pretty high. There is, after all, a local government election next year. DM