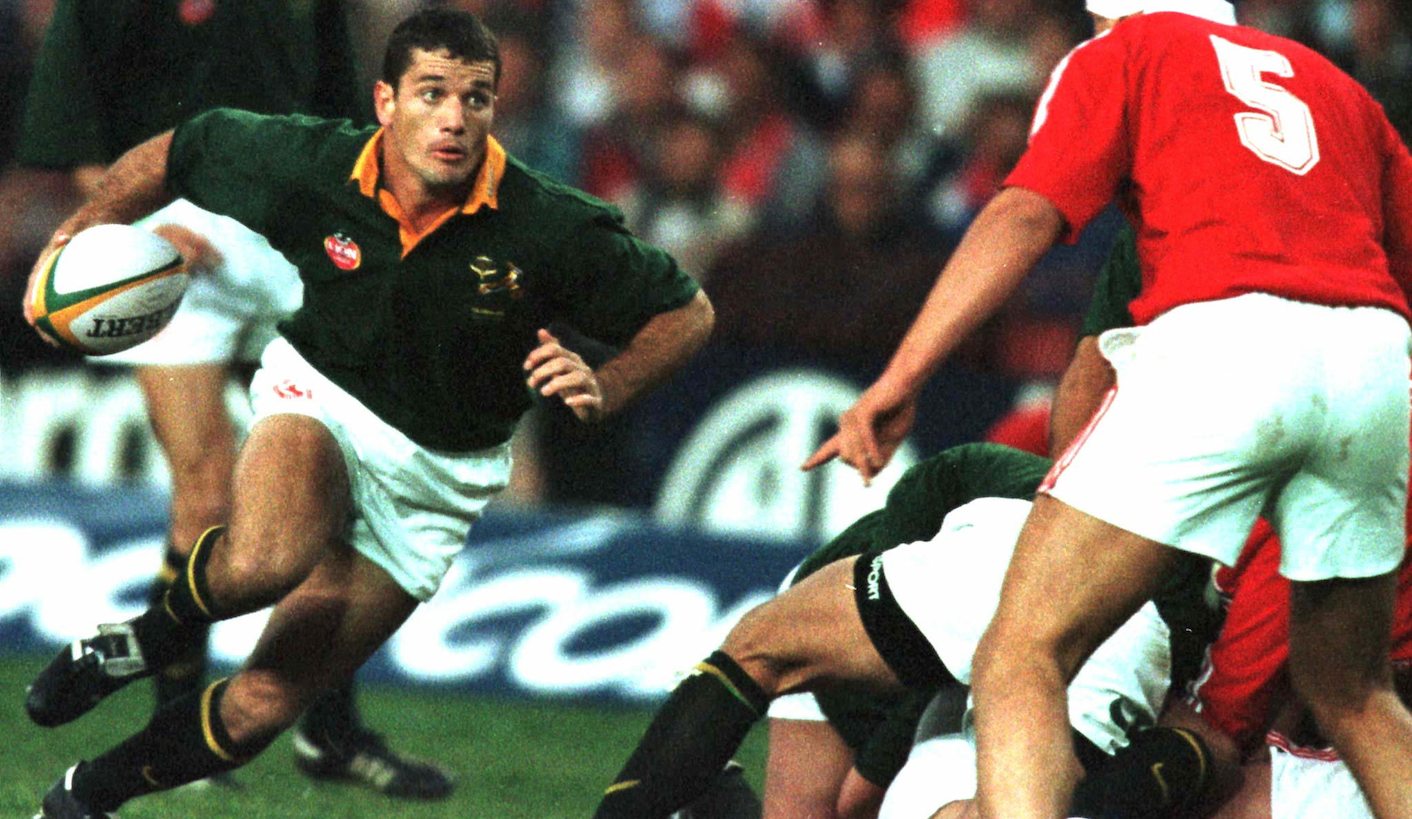 The documentary ‘Glory Game’, which tells the story of Joost van der Westhuizen’s battle with motor neuron disease has the potential to have a profound impact on how the illness is viewed and understood not just in South Africa, but around the world. By ANTOINETTE MULLER.

“Why me? It is simple. Why not me? If I have to go through this to help future generations, why not me?”

Those few, simple words will most likely come to define how Joost van der Westhuizen will be remembered and it is also the key motif of the documentary Glory Game, which is currently available on DStv’s Box Office.

The documentary, directed by Odette Schwegler, follows Van der Westhuizen’s journey from the day he celebrates his 42nd birthday, something a few thought might not be possible, to going to the US to undergo hours of scans that will, in future, assist with research. What makes the documentary and Van der Westhuizen’s journey so incredible is his humour and humility, despite being confined to a wheelchair and trapped in his own body.

It is unfathomable to try to comprehend what Van der Westhuizen and his family might be going through, even if you have had someone close to you eaten alive by a disease. For the general public, those who saw the mercurial blue-eyed boy rise to the top of world rugby, seeing Van der Westhuizen confined to a wheelchair is difficult. For his family, it must be unbearable. But he is not one to go down without a fight and the documentary brilliantly captures his spirit on a journey that must be immensely frustrating for someone who was once upon a time the epitome of physical health.

But Van der Westhuizen has made mistakes in his life, too, and while the film does not gloss over these, they are not the main focus. Much of its focus is the work Van der Westhuizen is doing with his J9 foundation. While he might no longer be a fleet-footed scrumhalf who can stop even Jonah Lomu in his tracks, he is doing what he can to remain a team player and help others also suffering from the disease.

Because here’s the most important part: it’s one thing to be Joost van der Westhuizen and have a degenerative disease, with money and endless support. It’s a different thing entirely to have a disease nobody understands, as Lucky Manganje, from Ga-Rankuwa, a young man you get to know in the documentary, discovered.

Luckily, no pun intended, Van der Westhuizen has recognised this and used his position of influence to make a difference. Lucky had become an outcast in his community because his illness is not understood and many had decided he had Aids or had been bewitched. He’d become withdrawn and depressed, on top of suffering from a terrible disease. In an interview with the Star, Van der Westhuizen explains that through his disease he has learned that these kinds of attitudes are common with such a rare disease, but he wants to help change that.

“Before I was sick I never knew about this disorder. Now that I have MND (motor neuron disease) I’ve realised how often people are misdiagnosed. The problem, especially in the townships, is that people believe something is wrong with you. That someone has bewitched you. They leave you to die. Moreover, medical aid doesn’t cover MND. As it is, we are trying to place pressure on schemes to add it to their dread disease list. It is a fight,” he said.

And it’s a fight that the Springbok legend will not be taking lightly. In the film, Van der Westhuizen and Lucky spend time together watching the Bulls against the Sharks with a surprise meeting with Tendai ‘Beast’ Mtawarira thrown into the mix to help Lucky not only felt normal, but came out of his shell. Since the movie, the youngster has become less withdrawn and is currently doing awareness work himself within his community. He continues to defy the odds, just like Van der Westhuizen.

But meeting with people and engaging with them is just one small part of what the J9 foundation is trying to do. Medical research, through partners and alone, as well as preparations for a new centre for South African MND are all in the pipeline.

If Van der Westhuizen had decided to simply retreat into his shell to see out his days, nobody would have begrudged him that. That he has taken it upon himself not only to help others and raise awareness, but to become actively involved in research that could help with finding a treatment is the mark of a truly remarkable person.

The film tugs at your heart strings, but doesn’t put too much gloss on the harsh reality of the disease and how it affects ordinary people. It puts into context just how little is known about it and just how much of a struggle it can be for a person to be diagnosed with it. But the film also inspires hope and it will play a critical role in helping the cause for research funding to find a treatment and ultimately a cure for a disease that holds its victims hostage. DM