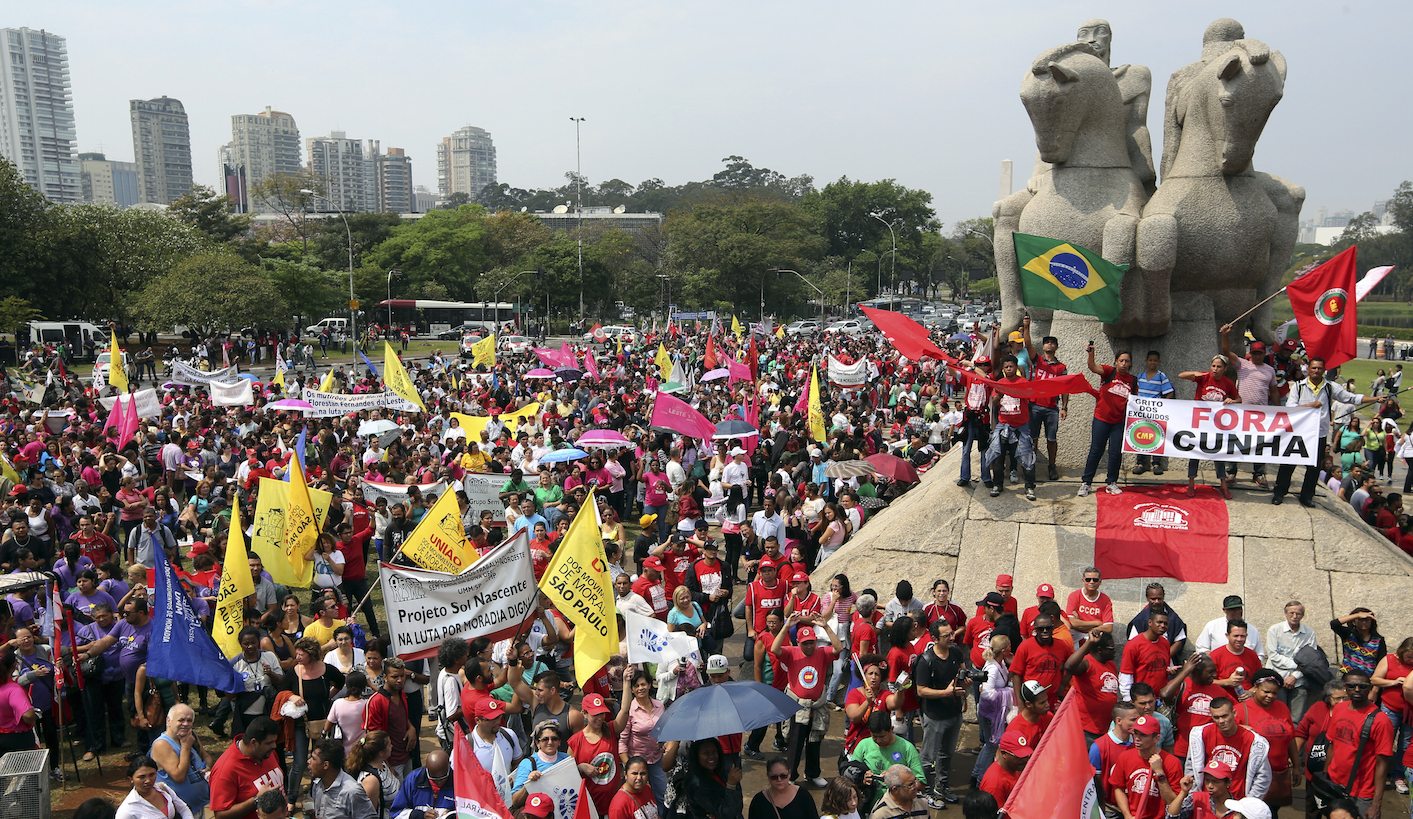 This week was the commemoration of the 23rd anniversary of the Bisho massacre, when 80,000 people gathered in protest against former Ciskei military leader Oupa Gqozo. Twenty-eight African National Congress supporters and one soldier died when the Ciskei Defence Force opened fire on the marchers. Mass marches used to be a popular form of protest against Apartheid and for 80,000 people to gather was not unique. Now it is. Perhaps South Africans have grown lazy or complacent. Or perhaps there is no issue big enough to invoke mass action, as the organisers of the mass march against corruption are discovering. By RANJENI MUNUSAMY.

When the mass march against corruption was announced in June, there was much excitement about the initiative to unite society against a problem that has become endemic in the country. The march to the Union Buildings was initially scheduled for 19 August. It was postponed to 23 September as the organisers said they needed more time to arrange an event of such magnitude. They reported that popular personalities and civil society and faith-based organisations were rallying to join the initiative, branded as Unite Against Corruption.

Since then, the issue has fallen off the media agenda and there is little public discussion on the matter. In order for the march to draw mass support, it has to build momentum. And in order to have momentum, there needs to be thousands of people who feel passionately about the issue of corruption. The march has been postponed once again to 30 September as the earlier date coincided with Muslim and Jewish religious festivals.

One of the key figures behind the Unite Against Corruption campaign, former Congress of South African Trade Unions (Cosatu) general secretary Zwelinzima Vavi, said he was concerned that the march was no longer receiving media attention. He said that while there was mobilisation on the ground, there was no momentum in the media.

The march has drawn support from unions and federations that met in Johannesburg this week. The meeting, which included the Federation of Unions of South Africa and the National Council of Trade Unions, was held to discuss the prospect of a new united federation and common national campaigns. The initiative to form a new federation arose from the split in Cosatu and the expulsion of Vavi and the National Union of Metalworkers of South Africa. The meeting this week agreed to establish a steering committee to plan for a workers’ summit next month.

Vavi said that while the unions had to go back to their constituencies to get a mandate on the new federation and the workers’ summit, the march against corruption was a programme they had agreed to work on together.

He said the march was not only against a corrupt elite but against South Africans who had become accustomed to corruption abuse. “South Africans have become resigned. They are complaining everywhere but there is no real activism. That is a great concern, that people are happy to do nothing when corruption has reached the levels it has in our society,” Vavi said.

“This march is a great test, whether people are willing to go beyond complaining endlessly. The most dangerous thing for any society is to feel powerless,” he said.

Vavi said one of the intentions of the march was to remind ordinary people of the power they have. “People are actually not helpless. They shouldn’t feel they cannot influence the politics of South Africa.”

He said concerns had been expressed that the march could not achieve much. “People say those who are corrupt will be watching us through the windows and laughing, and then do the same things after the march has ended,” Vavi said. But the march had the ability to demonstrate mass power and a united voice against corrupt practices, he said.

The organisers of the march are obviously trying to reignite the activism that fired up the Mass Democratic Movement (MDM) against Apartheid. The MDM was an alliance between the United Democratic Front, Cosatu, and religious, sports, cultural, professional, educational, community and media organisations that used mass-based campaigns to increase pressure against the Apartheid state.

The organisers of United Against Corruption say the initiative is apolitical and is targeted against corruption across society, not just in the government.

While South Africans are perhaps becoming accustomed to corruption being a way of life and doing business, this is not so in other parts of the world. The president of Guatemala resigned last week under public pressure after being accused of taking bribes and customs fraud. A Guatemalan judge has now ordered that the former president Otto Pérez Molina stand trial on charges related to the graft scandal.

In Brazil there have been three nationwide days of protests this year calling for President Dilma Rousseff to step down. Rousseff is under pressure for corruption and the economic woes besetting the country, which is on the brink of a recession. In August, protests were held in 200 cities and towns around Brazil, organisers of the demonstrations said.

Similar mass anti-corruption protests have been shaking the governments of Honduras, Mexico and Chile this year.

While South Africa’s democracy was born out of a spirit of activism, it seems the citizenry is weary and scandal fatigued. The country still has a large number of service delivery protests but these are normally centred around local community issues and usually last just a few days. The #RhodesMustFall campaign that began at the University of Cape Town earlier this year sparked a ripple effect in other campuses around the country. Although the campaign to expose racism on campuses is being kept alive, it lost momentum once the statue of Cecil Rhodes was toppled.

Perhaps South Africans have a short attention span. Perhaps venting in the comments section of online news sites and on radio talk shows give people an adequate outlet and they feel no need to act on their complaints. Maybe South Africans are just lazy.

A few months ago, outrage over the Nkandla security upgrades and load-shedding had provoked anger across society. Many people felt the country was at a tipping point and action needed to be taken.

But now that Eskom has kept the lights on and the Nkandla matter has been buried by Parliament, complacency has returned. In three weeks, we will be able to gauge whether South Africa still has its activist mojo or not. DM

Photo:      People from various social movements attend a demonstration in support of human rights and democracy, on Brazil’s Independence Day, in Sao Paulo, Brazil September 7, 2015. The banner on right reads, “Cunha Out”, in a reference to Eduardo Cunha, president of Brazil’s lower house of Congress, the Chamber of Deputies, who was recently charged in a kickback scandal at Brazil’s state-run oil company Petrobras. (REUTERS/Paulo Whitaker)