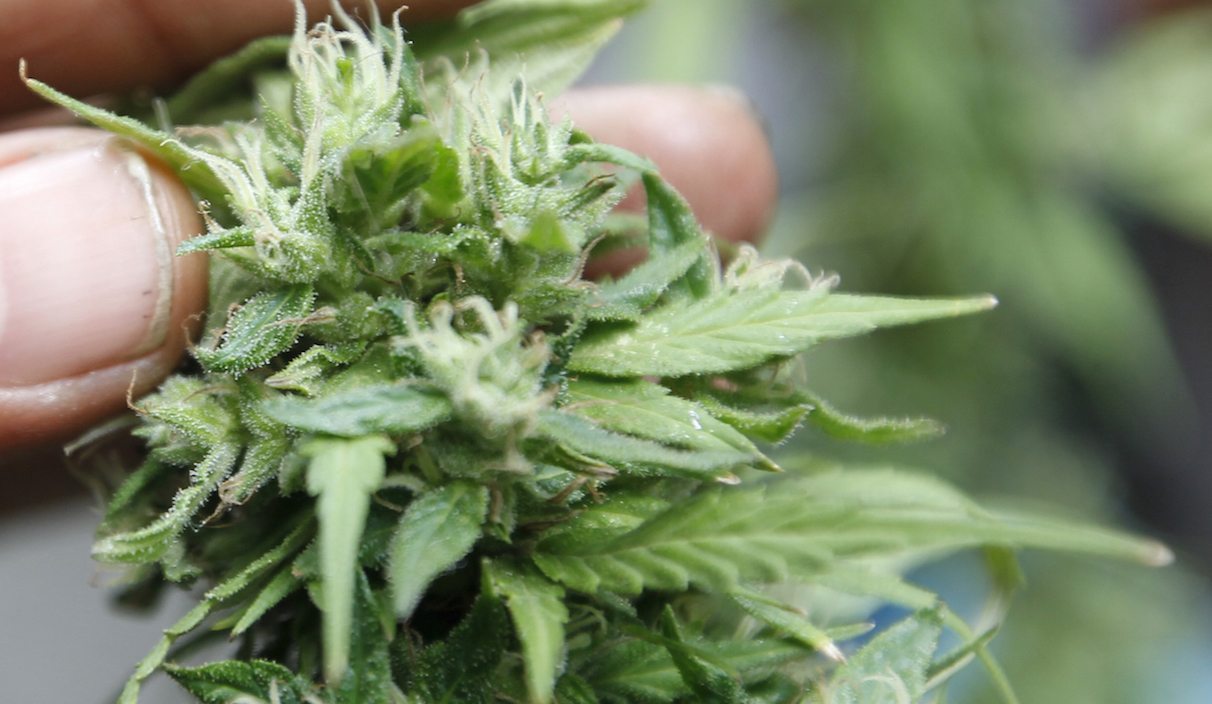 In March 2016, South Africa will bear witness to a historical court case that seeks to have one of the oldest and most draconian anti-cannabis laws in the world overturned. In the first of a series of articles leading up to the case, KEVIN BLOOM looks at some of the lesser-known characters in the drama, from the Khoi to Connie Mulder.

They have a sort of hemp growing in this country (Scythia), very like flax, except in thickness and height; in this respect the hemp is far superior: it grows both spontaneously and from cultivation …

There are a number of paths – some unsettling, some surprising, all in the end illuminating – that one can travel to get from the above observation by antiquity’s most famous historian to the piece of legislation that outlaws the sale and use of cannabis in modern-day South Africa.

One can, for instance, take a roundabout route further back in time to Emperor Shen Nung of 2700 BC China, who taught the cultivation of hemp for fibre, and from whom the Scythians, via the Indians, received the tradition and brought it to Europe in 700 BC.

One can follow the ‘New Manifesto’ scent of psychonaut-scientist Terence McKenna, and seek out precedents in the kunubu of the Assyrians, the potamaugis of the classical Romans, the beng of the 14th and 15th century Arabian traders. One can even take a detour through the customs and lore of our own lost-to-the-ages Khoi, pointing out that their dagga was often dropped as a healing agent into the teacups of 18th century churchgoing Boers.

But however one chooses to get there, however exotic or indigenous the trail, one must ultimately arrive, to doff one’s hat, at the grave of Petrus Cornelius ‘Connie’ Mulder. Yes, the very same. The man behind that unforgettable slice of apartheid theatre referred to by some of us as the ‘Info Scandal’ and by others as ‘Muldergate’. The man who, in 1978, was pushed from his perch as information minister in BJ Vorster’s Cabinet following revelations that he had spent millions of taxpayer Rands on the establishment of a pro-government newspaper, The Citizen, to counter the liberalist tendencies of the Rand Daily Mail (Vorster himself pleaded ignorance). The very man who reemerged in the late 1980s as chief mascot of the neo-fascist Conservative Party, and who, it transpires, had given Stellenbosch-based media mogul Koos Bekker his start in life (another tangent entirely, albeit not unconnected to the aforesaid Broederbond media intrigues).

“I was the only MP in 1971 who voted against the so-called ‘harshest drugs law in the world,’” recalled Helen Suzman, leader of South Africa’s apartheid-era political opposition, in the months before her death. “[It was] introduced by the then-minister of welfare Connie Mulder … The mandatory sentence was two years’ imprisonment for possession of cannabis, or ‘dagga,’ and five years for being deemed a peddler. You were deemed a peddler if you had 115 grams in your possession.”

Suzman’s words were incorporated a few weeks ago into a short online video campaign by a local outfit called the Cannabis Acceptance Legalisation Movement (Calm). The segment opens with a written statement asserting that the initial outlawing of cannabis in South Africa, back in 1870, was “inherently racist, aimed at controlling indentured Indian labour and black mine workers”.

Clearly, Calm intended for the viewers of its video to be anything but – insisting that South Africa’s criminal justice system “cannot cope with serious crime let alone prosecuting cannabis use”, and acknowledging that there were no statistics available from the government on either drug user arrests or the cost of the war on drugs but nonetheless estimating that taxpayers coughed up around R284-million to arrest and process 9% of those caught in a 2013 Drug Watch crackdown in Gauteng.

Which begged a few questions. Like, how many tik dealers were in that figure? Or peddlers of crack to kids? Or suburban merchants guilty of the unpardonable sin of cutting clean Peruvian coke with household detergents from aisle six in the Randburg Pick n Pay? Calm, it appeared, was coming across as a little bit shrill.

Still, for a self-professed “growing group of individuals who believe in an abundance of the universe and the benefits of living within the natural order”, they did draw attention to the cosmically ironic Connie Mulder link, and they did end off with these words: “Recent cannabis crop spraying in the Eastern Cape is a health hazard that contaminates water sources, destroys livelihoods and [ruins] domestic food crops of the rural poor.”

On that score, if anything, Calm was understating the issue. In February this year the South African Police Service took to their helicopters to spray 500 hectares of cannabis fields in the Wild Coast region with a herbicide called Kilo Max. The police claimed the dose was harmless and minimal, but eyewitness reports by journalists and other interested parties claimed otherwise: maize crops destroyed, locals falling ill, goats having miscarriages after drinking contaminated water.

Speaking to Daily Maverick last week, one of South Africa’s leading authorities on the cannabis plant, Tony Budden of the hemp retail chain Hemporium, said: “The spraying is paid for by the United Nations. It’s foreign aid, part of our commitment to the war on drugs. We are being dictated to, go have a look at where this glyphosate comes from.”

I did. Glyphosate, the active ingredient in Kilo Max, was developed by Monsanto as a ‘weed killer’ for use on its genetically modified crops. Further, a) the scientists funded by companies linked to Monsanto have reams of data to prove that glyphosate is as safe as houses, and b) Brazil, Sri Lanka, Holland and France have banned the product, with a growing list of countries expected to follow suit.

Depending on who you work for, and contingent on your ability to spot an artful paradox, it would appear that Budden had a point. But the powerful and their potential losses was only half of his point — the other half was the powerless and their potential gains. “We know the industrial value of hemp,” he said, “many governments across the world have proved what a boost it can be to their economies. We started this business in 1996, and we never dreamed that 20 years later we would still be importing fabric from China, twine from Germany, paper from Spain, ‘hempcrete’ from the UK.”

The list went on. Why did Budden not expect to be importing his wares in 2015? Because the South African government had held hemp in the ‘research phase’ for almost as long as he had been in business, he said, and because it had been demonstrated time and again that the tetrahydrocannabinol (the principal psychoactive ingredient in cannabis) content was well below the legal limit in the species under investigation. Why was South Africa in general, and the Eastern Cape in particular, in such a perfect position to benefit? “The closer you get to the equator,” he said, “the longer cannabis takes to mature. The Malawi variants are awesome, but they take eight months to mature. The Eastern Cape plants, with the added benefit of summer rainfall, take between five and six months.”

In other words, even where cultivation of the marijuana plant was not for recreational or medicinal purposes, South Africa remained exceptional due to one overriding factor: its climate. And right where the police were spraying herbicides developed by Monsanto – and paid for, most generously, by the international community – was where the country had an unemployment rate of over 30 percent.

As opposed, added Budden, to the state of Colorado in the US, which legalised marijuana use in 2014, and which by March this year had generated $15-million in tax revenue for its public schools. Or the nation of Canada, which exported $48-million worth of hemp seeds in 2014, and which is currently on the verge of moving into the equally lucrative (and employment friendly) fibre-making game.

The arguments, test cases and, yes, counter-arguments for the legalisation of the cannabis plant are legion. In this introductory article we have not so much as touched on the medicinal qualities of the plant, nor its capacities for psychological harm. Neither have we addressed the status of the Medical Innovation Bill Inkatha Freedom Party MP Mario Oriani-Ambrosini proposed before he succumbed to cancer last year. In the months ahead, as we move towards the court case set for 10 March 2016 in the North Gauteng High Court—the case that will seek to have South Africa’s apartheid-era, Connie Mulder-backed, anti-cannabis legislation repealed — the Daily Maverick will be reporting on all of these issues and more.

As a taster, here’s what attorney Paul-Michael Keichel of the legal firm Schindlers, which is handling the matter, had to say: “All of the pleadings are in. At this point we are working very hard on securing our expert witnesses. We have just secured Dr Donald Abrams.”

“Who?” Keichel duly sent through Abrams’s CV. He’s the professor of clinical medicine at the University of California San Francisco Osher Center for Integrative Medicine. The CV runs to 30 pages, and includes a list of 148 articles in peer-reviewed medical journals with titles like ‘Medical cannabis: Rational guidelines for dosing’.

The fight, it seems, is on its way. DM