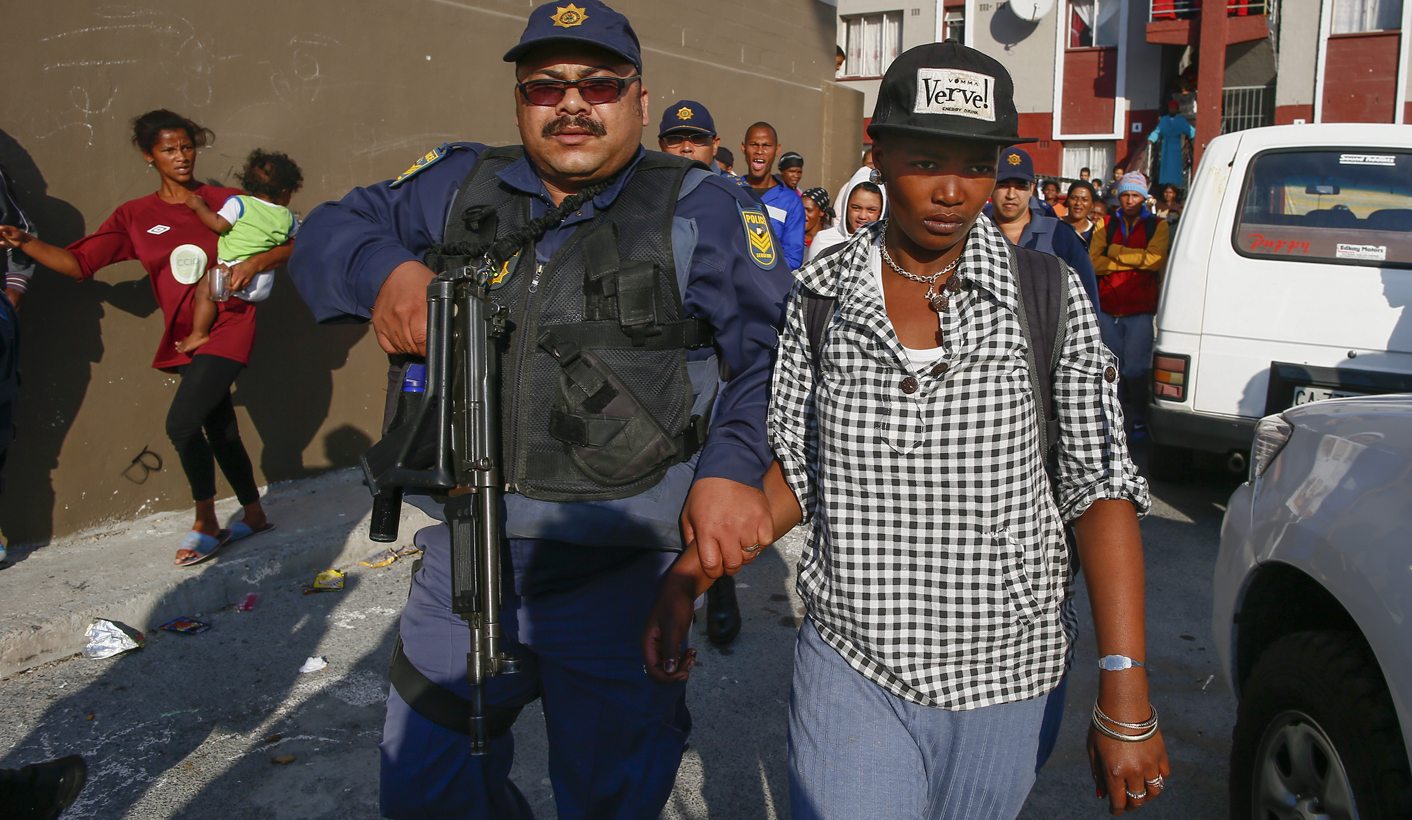 Despite its launch as an anti-xenophobia initiative, Operation Fiela-Reclaim has morphed into an all-encompassing effort against crime. On Monday, Minister in the Presidency Jeff Radebe offered the latest numbers on arrests. But the initiative's effectiveness is still in doubt. By GREG NICOLSON.

Initially a response to attacks on foreigners in Johannesburg and Durban, Operation Fiela-Reclaim is run by the South African Police Service’s National Joint Operations and Intelligence Structure and continues to fall under the Inter-Ministerial Committee on Migration (IMC). Since its launch in April, it has morphed into an initiative against crime in general.

On Monday, Radebe detailed the results of the mission, which seems to include anything and everything a raiding team of cops or a roadblock can catch.

Of the 9,968 arrests by the end of June, 3,064 were in Gauteng, 1,314 in Limpopo, 1,264 in the Western Cape, 1,225 in Mpumalanga. All other provinces recorded less than 1,000 arrests, the lowest being the Free State with 283 arrests. The largest operations occurred across the country in the last two days of July, with 2,908 people arrested. The most common arrests in those two days were for undocumented migrants, followed by drug possession. It also included 10 people wanted for murder, seven for sexual offences, and four kidnapping cases. There were large confiscations of dagga, khat, and liquor.

There has even been an operation comprised of “teams of women officials” honouring the 1956 march to the Union Buildings. “As part of the operations, held under the theme ‘Operation Basadi Ba Fiela’, the women-led teams conducted roadblocks, vehicle searches, person searches, business compliance inspections and visits to taverns,” said Radebe’s statement.

In Parliament, the police minister has offered an indication of the effectiveness of the arrests. On 6 July, Police Minister Nkosinathi Nhleko said that of 3,820 arrests, 558 convictions had been secured, with 2,795 cases on the court roll and 284 suspects released without charges being pressed.

Operation Fiela was initially launched to combat attacks on foreigners and has been criticised for then targeting foreigners and rushing their deportations. Between April and July, 15,396 people were deported for being in the country illegally, said Radebe. In the same period, 6,781 foreigners awaiting deportation had been screened. Of those, 1,694 have warrants for arrest or are due to appear in court. Radebe didn’t have figures for the number of foreigners who were repatriated voluntarily against those who have been forced to leave.

According to the minister, the reintegration of foreigners displaced during the violence has been completed after the government worked with the United Nations and civil society groups. The last refugee camp in Chatsworth closed at the end of June. There have been community dialogues in eThekwini which have “successfully contributed to the peaceful reintegration of all those families that were displaced in April”, said Radebe.

But for 138 foreigners, re-integration isn’t an option. After the camps in Durban closed in June, asylum seekers from Burundi and the Democratic Republic of Congo spent two nights camping outside before the adults were arrested. They were released once Andrew and Rae Wartnaby allowed them to stay on their private property, Hope Farm. On Monday Andrew Wartnaby said the migrants are still at the farm and after suffering violence in their home countries, witnessing the 2008 attacks and this year’s xenophobia, they don’t feel safe in South Africa. The group is working with lawyers to try to facilitate settlement in a third country.

Following on from the issues raised during the attacks on foreigners, Radebe said: “The IMC is also directing medium-term work in reviewing the regulations that impact directly on the issues that triggered the tensions between South Africans and the foreign nationals. Some of the issues being looked at are our by-laws that regulate businesses, the immigration regulations that address the economic migrants that are in the country.”

The operation, which has always been loosely defined, has strayed far from issues regarding foreigners. Now, it appears to be an attempt by the state to address wide concerns regarding crime.

Even the City of Cape Town appreciates its success with the city’s Wilfred Solomons-Johannes saying last week: “We have seen, as a result of Operation Fiela, many illegal activities have been highlighted, many illegal immigrants that are here, that are not even documented are being dealt with through the necessary process.”

But Gareth Newham from the Institute of Security Studies is sceptical about its impact. The only way to assess its success is to independently evaluate what was achieved against specific indicators in set areas, which is rare amongst police.

“I would be surprised if Operation Fiela yields notable results against crime generally, or any form of relatively organised crimes such as armed robberies. The reason is that large-scale operations that have been implemented in the past (eg Operation Crackdown launched in 2000, and Operation Iron Fist in Gauteng from July to December 2006) have yielded very limited results in reducing most categories of crime,” Newham said.

“Typically, there may be a limited period where certain crime categories decrease in a particular location following the operation. For example, there may be a reduction in some types of crimes such as theft, driving under the influence, and drug related arrests in an area following an operation. However, these results are generally not sustainable for a number of reasons. These include that the operations do not address the root causes of these crimes, and while these operations tend to result in many arrests, it is less clear that they result in many convictions.”

Newham noted the lack of information on those arrested for aggravated robbery, the key challenge in the increase of violent crime. “Since Operation Fiela is unlikely to have any impact on the gangs who commit robberies or the syndicates who purchase and trade in good stolen in these robberies, our streets, homes and businesses are unlikely to be any safer as a result,” he said. On Sunday, President Jacob Zuma warned the public against buying stolen goods.

“Nevertheless,” Newham continued, “such operations are favoured by politicians and many police officers because they are highly visible and result in high arrests rates which make it seem as if something is being done. But we know that the types of strategies that bring down robberies for example are very focused and are largely driven by crime intelligence and detectives with forensic support. They do not require police visibility which generally displaces these crime types rather than yielding sustainable reductions. Currently, there is no police strategy in place to tackle aggravated robberies across the country and therefore we are likely to see increases in these crimes.” DM