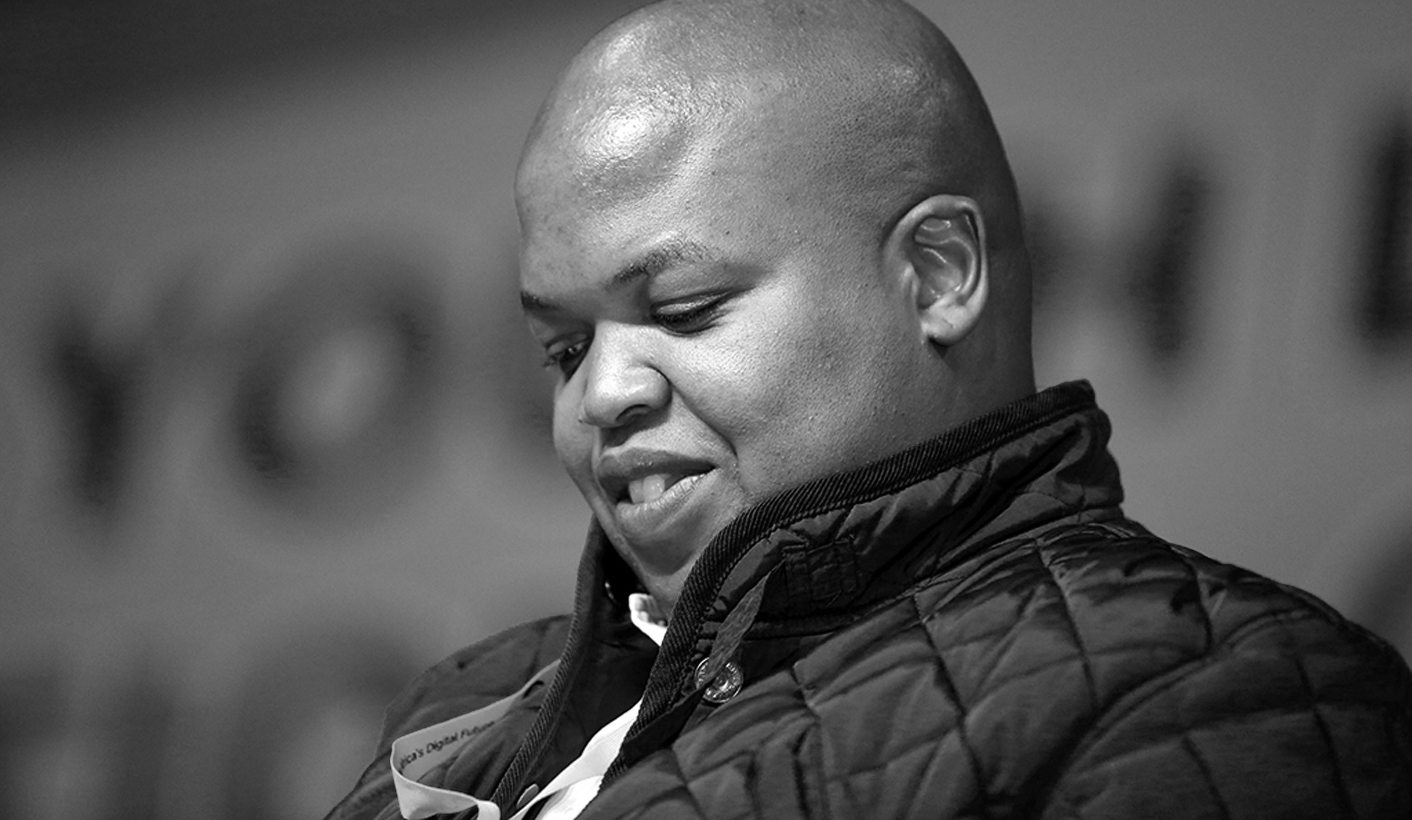 There is almost nothing in Collen Maine’s past that makes for colourful Googling. No doubt that’s part of Maine’s appeal for those at the top, compared to one youth league predecessor in particular. There is one aspect of his political history in dispute, however. Did Maine defect from the Congress of the People (COPE) at one stage? Maine says he was never a COPE member, but the party disagrees. By REBECCA DAVIS.

“I have never been a member of COPE,” newly-elected ANC Youth League leader Collen Maine told the SABC’s Ayanda Allie-Paine on Morning Live.

He delivered this clarification after Allie-Paine suggested that some detractors were citing a movement he made to COPE in the past as evidence that he was unfit for his new position.

“There’s nothing in the EFF (Economic Freedom Fighters) that says that if you have been to EFF or NFP (National Freedom Party), when you come back to the ANC (African National Congress) you will not be elected, because you are equally a member of the ANC and you enjoy the same constitutional right as any other member,” Maine said in response.

COPE, however, has a slightly different story.

“We have ascertained from Mr S [Sipho] Plaatjie, who is COPE North West provincial leader, that Collen Maine had indeed joined COPE and was a member till 2009,” COPE’s research head Farouk Cassim told the Daily Maverick by e-mail on Monday. But there is no paper trail of these events.

“As the party had only formed at that stage and had no formal structure, there were no records that were kept. He defected from COPE after the 2009 elections. Our structures only began to come into existence thereafter,” Cassim wrote.

There doesn’t seem to be any reference online to Maine’s alleged COPE membership. Researching Maine, in fact, gives one very little sense of the new ANC Youth League leader’s character in general. Critics say he is media shy, which might explain the paucity of information. In his most high-profile career positions – as an ANC MP in the National Council of Provinces (NCOP), and latterly MEC of local government in North West province, he has clearly not been one to push himself into the spotlight more than necessary.

When it comes to his personal life, it appears that Maine’s copybook has been blotted just once. The Daily Sun reported in December last year that Maine had been caught having sex with his mistress and had subsequently been beaten by his wife.

Maine referred the matter to the press ombudsman, which dismissed his complaint because the tabloid’s story had been corroborated by three sources and Maine’s wife did not deny the allegations. A subsequent appeal by Maine to the Press Council also failed to award him the retraction of the claims.

Maine appears to have at one stage cultivated business interests which he has now apparently shed. The 2009 register of members’ interests – the document which records the business interests of MPs and gifts received – listed him as having an involvement in four companies. By 2013, however, he had “nothing to disclose” in any category on the register.

Hansard – the record of what is said in Parliament – reveals Maine to have made relatively few pronouncements while serving in the NCOP. Perhaps revealingly, however, in 2010 he proposed a “motion without notice” taking a dig at COPE.

On that occasion, Maine drew the attention of NCOP to the fact that “embattled COPE sunk into deeper water” the previous day with the suspension of deputy leader Mbhazima Shilowa. Maine wanted to use the opportunity, he said, to “make a clarion call to all those who left the ANC to come back home where they belong”.

Maine’s mother describes him as “respectful”. In television appearances he is reticent and impassive, and cannot be said to radiate charisma. To ANC elders, this is likely no bad thing. Loose lips sink ships: the last ANC Youth League leader to radiate charisma was a young man called Julius Malema, and we all know how that ended. Better a stolid, dependable cadre – even one who is less than a month away from being technically too old for the youth league.

In public pronouncements since his appointment, Maine has made it clear that the youth league’s primary purpose under his leadership will be to rally youth support for the ANC, rather than to promote the interests of the youth. He has said that unwavering support for President Jacob Zuma is necessary. “An attack on President Zuma is an attack on the ANC and all of us,” Maine told delegates at the congress at which he was elected, while Zuma himself warned delegates that “autonomy” was not a possibility for the league.

Within Maine’s league, it appears that little dissent will be tolerated. He has already indicated that the members causing a stink over the league’s electoral process – which saw Maine voted in unopposed – will be expelled.

If this has a whiff of the autocratic – and it does, no question – consider the magnitude of the task faced by Maine. He has to pull the league together after the dissolution of its leadership structures two years ago. Since the departure of Malema, the ANC Youth League has been a laughing stock. Maine is clearly bent on sending out a message of discipline and rigour. He needs his troops marshalled and well-ordered before the battle for the 2016 local government elections begins in earnest.

Maine has already sought to put clear blue water between the ANC Youth League’s new dispensation and its Malema-era ways. He has apologised for the mistakes of the past and even accused the EFF of having stolen concepts like “economic freedom” from the youth league.

Maine may have more in common with the EFF than might seem apparent at first glance. In previous speeches he has quoted the EFF’s hero Thomas Sankara, the iconic leader of Burkina Faso.

Like the EFF, he draws on the rhetoric of black consciousness. In his budget address in May, Maine told his audience: “At some point in our history, we were taught, sometimes in a very positive way, to despise ourselves and our ways of life. We were made to believe that we had no past to speak of, no history to boast of … It seemed we were in for a definite period of foreign tutelage, without any hope of our ever again becoming our own masters. The end result of all this was that our self-pride and our self-confidence were badly undermined.”

Could a revitalised ANC Youth League under Maine pose a threat to the EFF?

“Imagine Collen being elected as president of the ANCYL, come on guys stop dreaming,” one sceptic wrote on a Facebook page set up in support of Maine before the Youth League’s electoral congress. It’s time for Maine to turn those dreams into action. DM

Photo: ANCYL President Collen Maine is seen on stage during the league’s congress held in Midrand on 05 September 2015. He was elected unopposed to lead the ANCYL. Photo: Lenyaro Sello/eNCA.