Reinterpreted: The Gospel According to Chris Hani 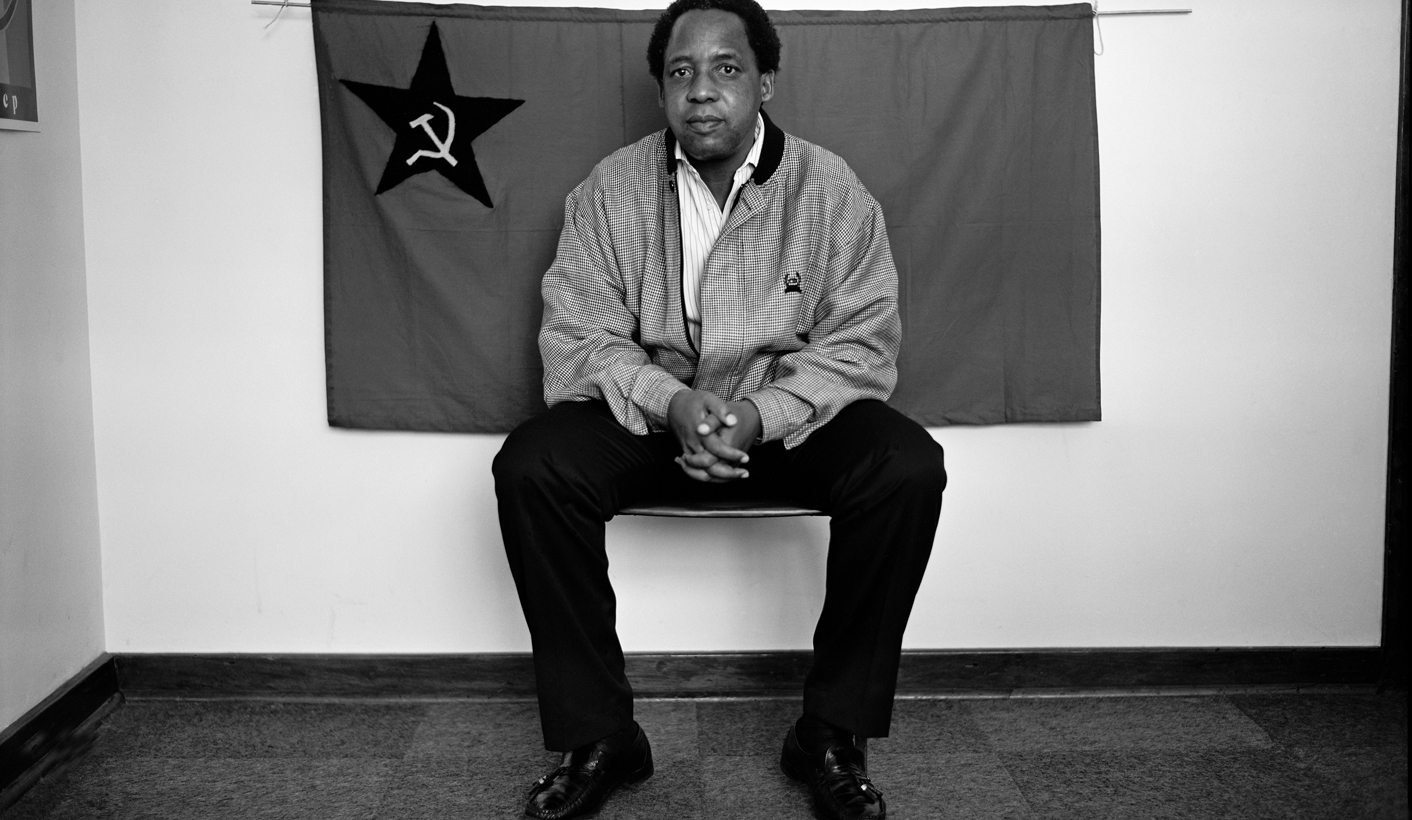 A new art exhibition has opened at Goethe on Main in Johannesburg, where young artists respond to a seminal interview with slain anti-Apartheid activist and South African Communist Party leader Chris Hani. The interview was recorded just a few months before his assassination on 10 April 1993, and recently became publicly available for the first time. MARELISE VAN DER MERWE spoke to curator Gabi Ngcobo.

Artist Gabi Ngcobo, despite having a number of collaborative and individual projects under her belt, is more recently known for founding the Johannesburg-based independent collective platform, the Centre for Historical Reenactments. The centre, in her words, is “a platform that I founded with two other collaborators who are artists, a kind of an alternative platform to think about history, and how we revisit historical material”.

“It is an intervention into the memory mandate, so that we can really think about the visual language we use to talk about the past,” she says. “It’s very experimental and we did a lot of things in Johannesburg and internationally, writing texts and making events.”

This interest in reimagining and reinterpreting history led her, more recently, to a collaborative project with a group of young artists she teaches at the University of the Witwatersrand (Wits), an exhibition which opened at Goethe on Main on Thursday 3 September.

The exhibition, entitled No Other Country: The Gospel According to Chris Hani, comprises eight contemporary responses to a 1993 interview with Hani, which were created following a series of workshops in which the artists got to grips with the content.

Ngcobo, one gets the impression, is first and foremost a teacher and mentor, wanting to draw out the voices of others. “The interview itself is not surprising if we know Hani and his ideas. But it’s the idea that we now have the interview – that it’s been given to us – and we are the first ones to respond to it. The responses are interesting,” she says.

Goethe, Ngcobo explains, approached her wishing to collaborate. At the same time, the historic interview between photographer Reiner Leist – whose book Another Country was launched last year – was made publicly available for the first time. (If you are in Johannesburg you may visit Wits’ historical papers archive to access it.) After conducting the interview, Leist published his famous Blue Portraits (1993), which reflected on early 1990s South Africa through images of, and conversations with, both ordinary and extraordinary South Africans. Another Country was the follow-up that sought to trace some of the people in Blue Portraits two decades on.

Ngcobo, having accessed the interview, believed it would make a valuable “teaching tool”, as she puts it. She played it to the group of young artists as a creative stimulus, followed by a biography of Marx and Lenin. After that, she distilled the material further, extracting key words. The responses which later formed the exhibition are largely in response to these. The artists were introduced to a number of guests too, who could give them some insight into the content of the interview as well as the context of the time: these included eminent artist Helen Sebidi, whose home they visited, and Simon Gush, whose exhibitions frequently centre around the theme of work.

Asked about the content of the exhibition, Ngcobo is hesitant to give too much detail. The works include the formation of an assembly line, portraits of dictators, ropes woven from workers’ uniforms, a number of pieces that explore the concept of work itself, a guerrilla radio station, and one artist’s union installation. “One created a number of membership forms, T-shirts, cups and other paraphernalia that he could sell at exorbitant prices … a comment on the capitalism that happens here?” Ngcobo says drily.

More seriously, Ngcobo describes an installation of uniforms that have been laid on the ground. “It’s quite an evocative installation,” she says. “The air that blows under the door lifts them up and they look ghostly. It evokes the worker. But it could also be Marikana…”

The featured piece is a sonic/ lecture item called ‘Sunday Bloody Sunday’, which will be performed on Sunday 13 September. “It activates the exhibition after it has been opened,” says Ngcobo. ‘Sunday Bloody Sunday’ is the handiwork of Athi Mongezeleli Joja and Sinethemba Twalo. Joja and Twalo share Ngcobo’s interest in the exhibition and narration of history; they are both completing their Master of Arts degrees in “The Curatorial as an Artistic Practice” under Ngcobo’s leadership.

For most of the young artists, this is their first exhibition. “It’s a big deal,” says Ngcobo. “It’s also important that it’s coming alongside Johannesburg Art Week and the Art Fair.”

Asked whether she herself wanted to participate in the exhibition, Ngobo is clear that she did not. Just curating then? No, not that either. “Teaching as a curatorial intervention,” she says. DM

No Other Country: The Gospel According to Chris Hani opened on Thursday 3 September at 18:30 and runs until 20 September at Goethe on Main. Admission is free.