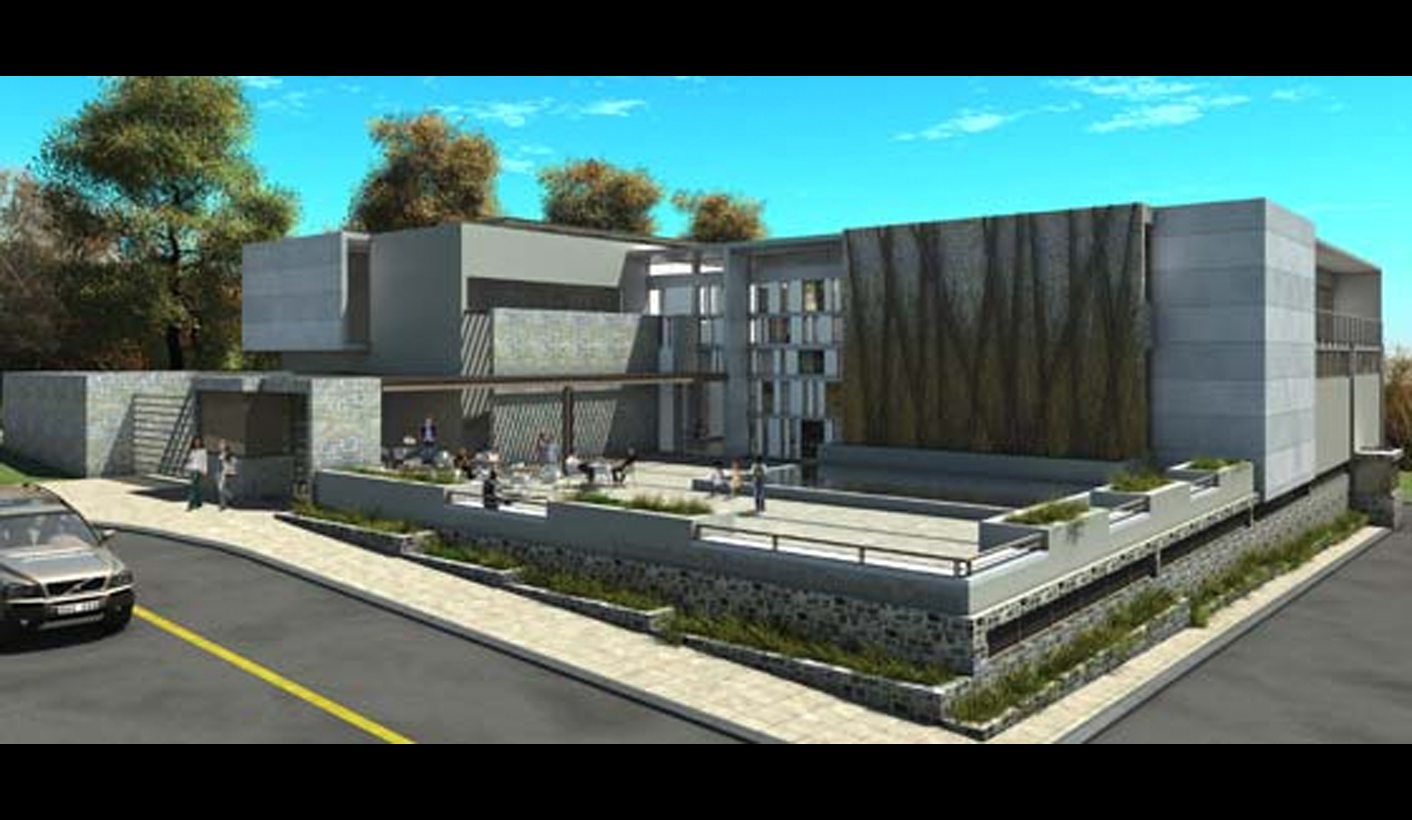 Johannesburg is set to get its own Holocaust & Genocide Centre, opening in early 2016. On Tuesday, speakers at the building dedication said lessons must continue to be learned from both the Holocaust and the Rwandan genocide to avoid a repeat of history. By GREG NICOLSON.

That’s how the building dedication for Johannesburg’s new Holocaust & Genocide Centre began on Tuesday. Both Cape Town and Durban have Holocaust centres and Johannesburg’s is set to open in early 2016. The centre was built in collaboration with the City of Johannesburg and the Johannesburg Property Company. Its founders hope it can to add the the city’s available cultural experiences and education.

“It all started with a dream in 2008 to create a genocide centre in the heart of Johannesburg focusing on the study and lessons of genocide,” Tali Nates, the founder and director of the Johannesburg Holocaust & Genocide Centre, told donors, the media and those who survived the Holocaust and Rwandan genocide.

For the last seven years the centre had operated from a temporary location but managed to hold programmes for more than 35,000 students in Gauteng. The wide, open halls in the centre are still bare and exhibits will be installed in the coming months, with particular focus on the Holocaust and the Rwandan genocide.

Speaking at the dedication, University of the Free State vice-chancellor Jonathan Jansen said the launch could not have come at a better time. He said a Freedom Front Plus leader had compared quotas in rugby to a Nazi Party system. He noted University of the Witwatersrand student Mcebo Dlamini’s comments that he loves Hitler, and North West University students allegedly giving a Nazi salute during an initiation ceremony.

“Have our moral arteries become so hardened that we are losing the capacity for both horror and empathy?” Jansen asked.

“We speak too quickly and unthinkingly,” he said, referring to “hateful tirades” he suggested are popular. Apartheid shouldn’t be the only memory of oppression and resistance in South Africa, Jansen said, adding that he hoped the new centre could “teach us to recognise rival memories and recognise other people’s pain”.

The dedication ceremony included speeches from survivors of the Holocaust and the Rwandan genocide. Veronica Phillips gave an emotional address about her childhood in a ghetto in Budapest before donating a doll she had as a young girl. Bonaventure Kageruka, from Rwanda, donated rosary beads and a key for his friend. His friend Xavier’s mother was killed in the genocide and was found with the rosary in one hand and the key in the other. The key is a symbol of home and education. The rosary is a symbol of faith, he said.

“It’s not for nothing. It’s for all of us. I did not know about genocide before it happened to me. I’d heard about the Holocaust, I did not care,” said Kageruka.

Rwandan Emmanuel Mwezi was nine during the genocide. “It was one of the darkest periods of my life. It still is,” he said on Tuesday. He spoke of the Hutu neighbour who decided to help his Tutsi family. The man who is still Mwezi’s hero. He called for the memory of those who perished to be preserved and for others to learn about what happened to avoid future genocides.

While there were basic displays on the Holocaust and the Rwandan Genocide on Tuesday, the organisation is still fundraising as it installs the exhibits. Looking at posters on the Holocaust, Rwandan Isaac Rumanyika noticed the similarities with what happened in Rwanda. “We will not stop talking about the genocide and the Holocaust … We need to fill the books and tell the history so it never happens again.”

Building project manager and architect Lewis Levin said it’s the most fulfilling project he’s worked on. The aim wasn’t to just create a building that’s nice to look at but something that could add to the work of the survivors and their witness accounts, he said. The property sits just off Jan Smuts Avenue in Forest Town, across from the Four Season Westcliff Hotel and down the road from the Johannesburg Zoo. Its previous owners left it to the City of Johannesburg with the express requirement that it one day become a museum.

Faced with the challenge of encapsulating a history of horror, pain and resilience, Levin started by asking survivors about their memories and images of the atrocities. The result is striking, functional and symbolic. “They remembered images of trains and railway lines which were used to haul people to their death in Europe. In Africa, railways represented the colonialists which brought oppression. The centre has railway lines embedded in the walls which also recall trees that stood witness to the murders. Survivors were haunted by forests and the landscapes of death. The Nazis murdered in forest settings and the Rwandan genocide took place amongst lush green vegetation and hills,” says Levin.

“Some of the walls use English brickwork common in industrial buildings which often hid atrocities. We used alternating rows of bricks in differing orientations. This serves as a reminder of painful associations. The courtyard stones are made from gravestone off-cuts, but recall the pavements of European cities and of unmarked graves.”

When it opens next year, the centre will feature space for public events, a permanent exhibition, a bookshop, a memorial garden and a resource centre. DM

Photo: An artist impression of Holocaust & Genocide Centre in Johannesburg.