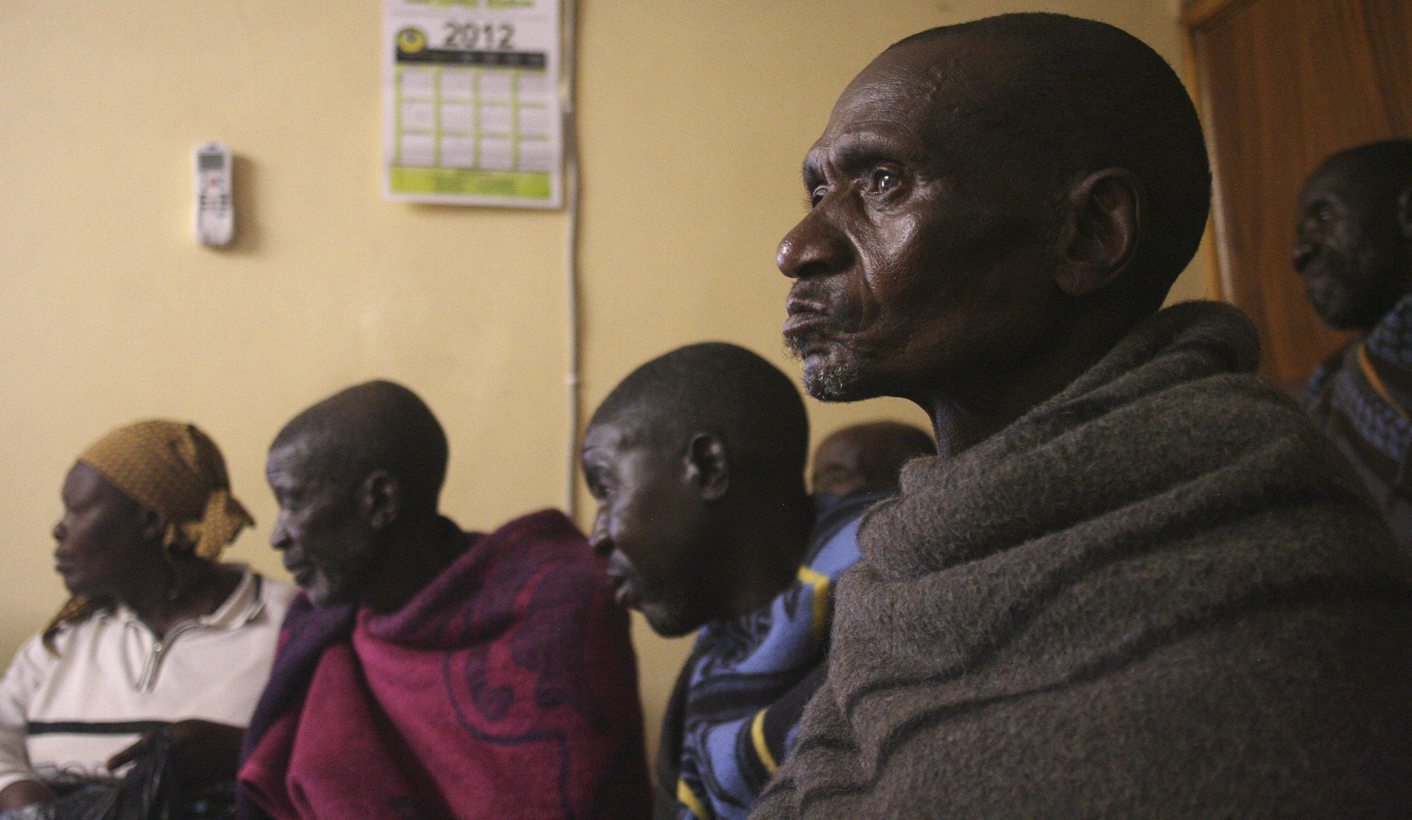 What happens if you try to oppose some of South Africa’s biggest mining houses? Civil society organisations found out last week in the South Gauteng High Court. They were trying to join the potential class action against gold mining companies demanding compensation for contracting silicosis. The nongovernmental organisations won this round. Next round: October. By GREG NICOLSON.

Sonke Gender Justice and the Treatment Action Campaign (TAC) were in court last week applying to join a class action that could affect as many as 200,000 current and former mineworkers. The organisations, which were accepted as friends of the court on Friday, will highlight the impact silicosis has had on communities, particularly women and girls, in labour-sending areas and question the denial of the mineworkers’ constitutional rights.

“The history of the gold mines in South Africa is a history of exploitation and of a disregard for the health and dignity of mostly poor black workers,” said TAC general secretary Anele Yawa. “The entry of TAC and Sonke, who are represented by Section27, will allow the two organisations to present to the court evidence showing the wider social impact of how gold mining companies have endangered workers, fuelled epidemics, impoverished communities and entrenched gender inequalities over the past five decades. This includes evidence on the way in which women bear the burden of the mining industry’s disregard for mineworkers’ health and their prioritisation of profit over people,” the three organisations said in a statement.

Their attempt to join the case was opposed by 18 of the 32 gold mining companies involved. They were represented by a team of counsel so large it would be fascinating to compare the mining houses’ legal bill to the cost of paying out compensation. In the coming month, papers must be submitted before the certification of the class action will be heard on October 12.

Desmond Lesejane from Sonke said the organisation is elated it can share the impact on communities of occupational lung diseases. “Mining companies have been let off scot-free,” he added. Systems in place to compensate workers have been shown to be inadequate and ineffective. Gold mining companies have attempted to engage the claimants and raised the possibility of a legacy fund, but the parties are far from a resolution.

The court rejected the mining companies’ argument that the TAC and Sonke did not satisfy the requirement to be admitted as friends of the court and that they would only burden the court and the parties involved. The case was heard after the companies postponed a hearing in April.

But not everything went Sonke and the TAC’s way. They wanted to introduce evidence from three experts. There was Francis Wilson’s work on the low pay of mineworkers and failures in the Occupational Diseases and Mines Work Act, which has an impact on access to justice. Dean Peacock from Sonke speaks on the impact the case has on women. And former United Nations special rapporteur Anand Grover is an expert on multinational corporations and their abuse of power. Only Peacock’s evidence has been admitted.

“The entry of TAC and Sonke means a whole new range of arguments,” said Section27’s John Stephens. They could have a crucial impact on whether the class is certified and the main case, led by Richard Spoor Attorneys, Abrahams Kiewitz Attorneys, and the Legal Resources Centre, will go ahead. Normally, the court would look at the similarities in a class action’s applicants and whether it makes sense to allow them to proceed as a collective.

Because this case now includes constitutional rights violations, as well as violations of legislative rights and common law rights, the civil society organisations will push the court to look at the matter considering the issue of constitutional rights. And, perhaps, bypass the need to certify the class. Not only could it help accelerate the current case, but it will test the boundaries of class action law in SA. “That shifts the goalposts completely,” said Stephens.

But with resources on the side of the mining companies, the applicants face a long, drawn-out battle. “They thought up a lot of technical arguments that in the end were overcome by the importance of our arguments and the importance of our evidence,” said Stephens. The mining companies even suggested the TAC and Sonke’s application could unduly cost the workers, who weren’t opposing their joining the case. “Obviously we’re dealing with people that have very, very deep pockets and are well resourced,” Stephens continued.

Lesejane believes that, at least in this stage of the case, the mining companies couldn’t put up a viable opposition. They wanted to fight because of the spotlight the prominent civil society organisations might attract to the issue. DM