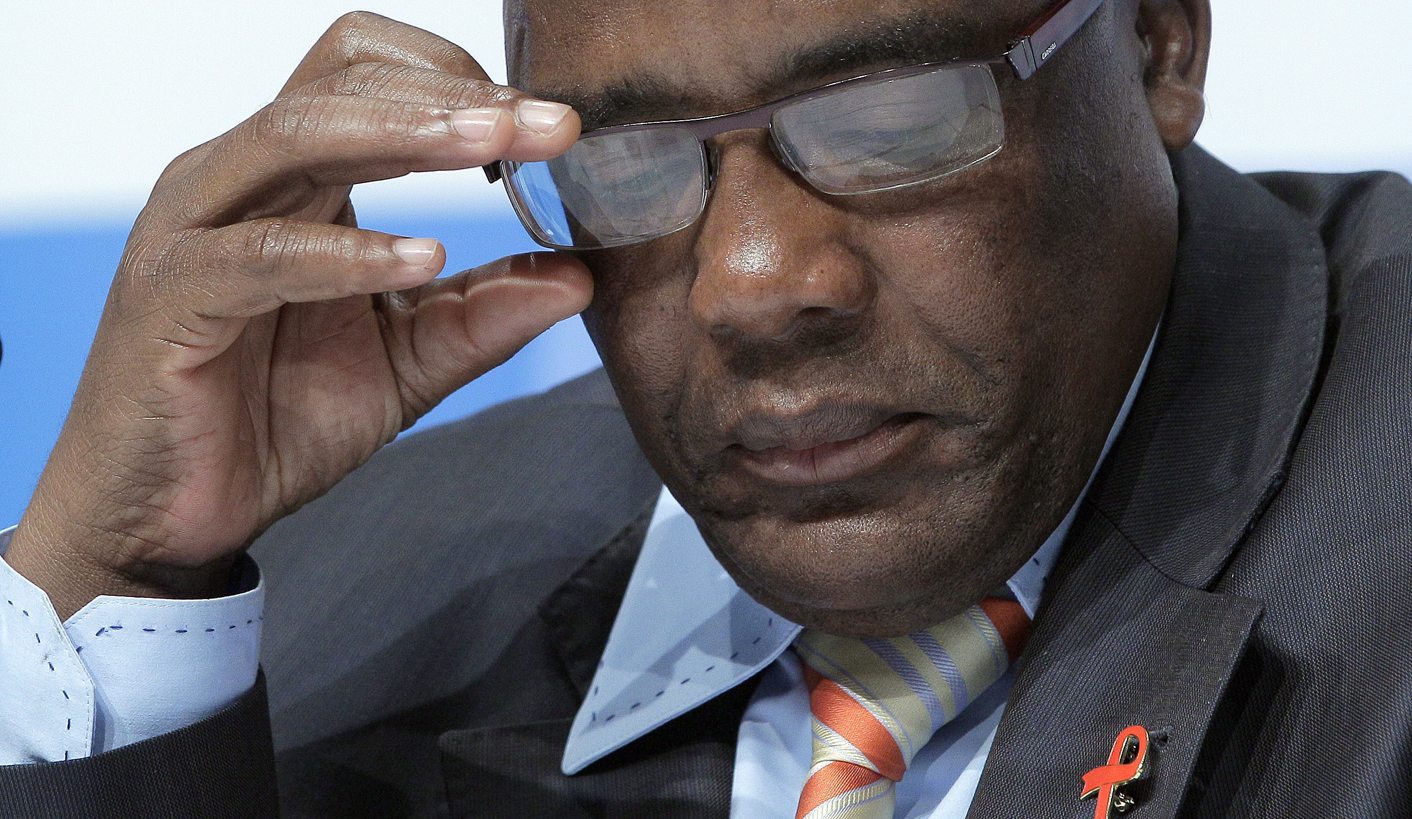 ‘Soon, soon’ – the complexity of radically transforming the health system underlies the snail’s pace of the National Health Insurance White Paper’s development, but a lot is happening to improve the quality of public health in preparation for one universal health system. By KERRY CULLINAN for HEALTH-E NEWS.

Barely a week ago, Health Minister Aaron Motsoaledi promised Parliament’s health portfolio committee that the White Paper on the National Health Insurance (NHI) would be with them ‘soon’.

But ‘soon’ is a word that has been linked with the elusive White Paper for the past two years. The Paper’s route to ‘soon’ is via the Treasury and the Cabinet, and sources close to the process say that there are still two major issues that need more consensus before it becomes public.

The first is defining the role of private medical aid schemes in the NHI era, when all working people will be legally compelled to contribute to the NHI, as the government tries to ensure that all citizens have access to the same basket of basic healthcare. The second involves the role of provinces in administering the NHI. A central NHI fund is going to be established to finance the NHI and it is unclear what powers and money will be delegated to the provinces.

Private healthcare is a multibillion-rand industry that has no intention of vanishing. At the annual meeting of the Board of Healthcare Funders last month, speakers paid a lot of attention to offering more affordable packages – with one as low as R300 being mooted as a possible option. A businessman who has set up a number of lower-cost private schools recently told me that he was in the process of launching lower-cost clinics, betting on the fact that “the NHI will not work”.

While Motsoaledi told the portfolio committee that there would still be a role for private medical aid, he didn’t elaborate on what this would be. Some – like the South African Communist Party – believe that private schemes should only exist to cover luxury add-on procedures such as plastic surgery.

Dr Jonathan Broomberg, CEO of Discovery Health, the country’s biggest private medical scheme, said that while his company has not been consulted individually, it has attended “stakeholder consultation meetings called by the National Department of Health to discuss aspects of the NHI”.

Broomberg added that it was very difficult to say what the role of private medical schemes would be, and whether households could afford to pay for both, “in the absence of greater clarity on the package of benefits that will be covered by the NHI”.

“The general assumption, supported by statements from the minister of health and National Department of Health officials, is that the NHI will most likely focus on various elements of primary healthcare services,” added Broomberg. “To the extent that this is true, there will remain a very extensive set of services not covered by the NHI, and these will continue to be covered by medical schemes.

“It will also be critical to have much more detail on the nature and level of the contributions that will be required for NHI before determining the impact of these on households’ ability to afford medical scheme cover.”

After economist Dawie Roodt was stabbed and seriously injured by intruders in his Pretoria home recently, he wrote an open letter describing the private healthcare providers who attended to him as “absolutely amazing”.

“The emergency process worked like a dream,” wrote Roodt. “Well-oiled gears, competent hands, kind eyes. I thought to myself, ‘why would any government even think of changing this to the way the state provides medical support? Why don’t they rather change the state’s medical system to what I have experienced?’ I know I do not want to be part of the NHI. I now know it will be just another disaster! Just like Eskom, SAA (South African Airways) or PetroSA and so many more.”

Roodt verbalised the fear that virtually all middle-class South Africans have about the NHI: that it won’t be able to help them in their hour of need and, as a result, they or their loved ones could end up dead, disabled or in great pain.

This is the current reality faced by poor South Africans without medical aid. The existence of two parallel health systems – one that offers world-class care to a few and another that offers often substandard care to many – is an unpalatable and unjust apartheid hangover. If South Africa is to prosper, it needs a healthy population where many more people have access to health resources that are currently privatised.

But it does not mean that Roodt’s fear is unreasonable. If the NHI is to work and get the buy-in of the working people who are going to partly bankroll it, it has to offer a better quality of healthcare than the public sector currently does.

Shortly after addressing the portfolio committee, Motsoaledi was admitted to Steve Biko Academic Hospital, a government hospital in Pretoria, suffering from pneumonia. While the minister always ensures that he gets medical care from government hospitals, the treatment he receives is unlikely to be the same as the Average Thabo.

The massive shortage of specialists in public healthcare in South Africa means ordinary patients wait for a long time for treatment, particularly those deemed “non-emergencies”. The wait for a simple tonsillectomy is reported to be an entire year at Steve Biko, for example. The waiting time for orthopaedic procedures is even longer, particularly in rural areas and less well-resourced provinces. Mental health is one of the least resourced areas of public health, and there is also a massive shortage of dentists.

In addition, a Health Facilities Audit was undertaken of every public health facility in the country in 2011/12, and the picture was not pretty, particularly at clinic level.

Motsoaledi once told me that he was more aware of the shortcomings in public health than most journalists because so many people have his cellphone number and call to tell him their horror stories.

He has been instrumental in introducing a number of measures to improve the quality of public healthcare since he became health minister. One of the key instruments is a new regulatory body called the Office of Health Standards Compliance (OHSC). The office was established last year as an independent regulatory body mandated to inspect and certify all the country’s health institutions – public and private.

It already has 50 inspectors and is busy recruiting more, as well as finalising a list of norms and standards to which health facilities will be expected to conform. Facilities will be inspected every four years, the weaker ones more regularly, and will need certificates of compliance in order to operate “and qualify for money from the NHI Fund”, according to OHSC board member Professor Stuart Whittaker. Leaders of health institutions that fail inspections and are unable to rectify their shortcomings within an acceptable time frame “will face prosecution”, adds Whittaker.

The OHSC has already tackled the mess at Holy Cross Hospital in the Eastern Cape in response to a memorandum sent to the minister by the Eastern Cape Health Crisis Action Coalition. Inspectors have visited twice, the last time a few weeks ago, and the hospital has been given three months to sort itself out.

At the same time, the government is involved in a massive “re-engineering of primary healthcare” in 10 NHI pilot districts. This involves measures such as the reintroduction of school nurses, employing community health workers to go house-to-house to find people at risk, and improving the services offered at clinics. The aim is to catch health problems before they escalate, requiring more costly hospital treatment.

The pilots have also been trying to contract private general practitioners to work in government clinics, but this has met with limited success. A doctor recruited in Mpumalanga explained that she was quitting public healthcare after a few months, as she could not work efficiently in a place that had broken equipment and medicine shortages. An official in KwaZulu-Natal admitted that the R300 hourly rate being offered was too low to attract doctors other than those who felt an obligation to “do public service”.

Resources and management are key to the success of the NHI. South Africa is producing far too few doctors and nurses to meet our needs, and the ones we do produce are in demand because there is a global shortage of medical staff as the world’s population is living longer and needs more care. The government has to introduce the NHI slowly and with sensitivity if it is to avoid an exodus of medical specialists. It is not an enviable task.

Given that the NHI is the biggest revolution the country has ever seen in healthcare, it is understandable that introducing it will be neither easy nor fast. But the sooner the White Paper is on the table, the sooner the hard bargaining can begin about what form it takes. DM

Photo: The Health Minister of South Africa Aaron Motsoaledi during a press conference at the 18th International AIDS Conference in Vienna, Austria, 20 July 2010. An estimated 20,000 participants from more than 185 countries are attending the 18th International AIDS Conference (AIDS 2010) held in Vienna, Austria which began on 18 July 2010. EPA/GEORG HOCHMUTH .