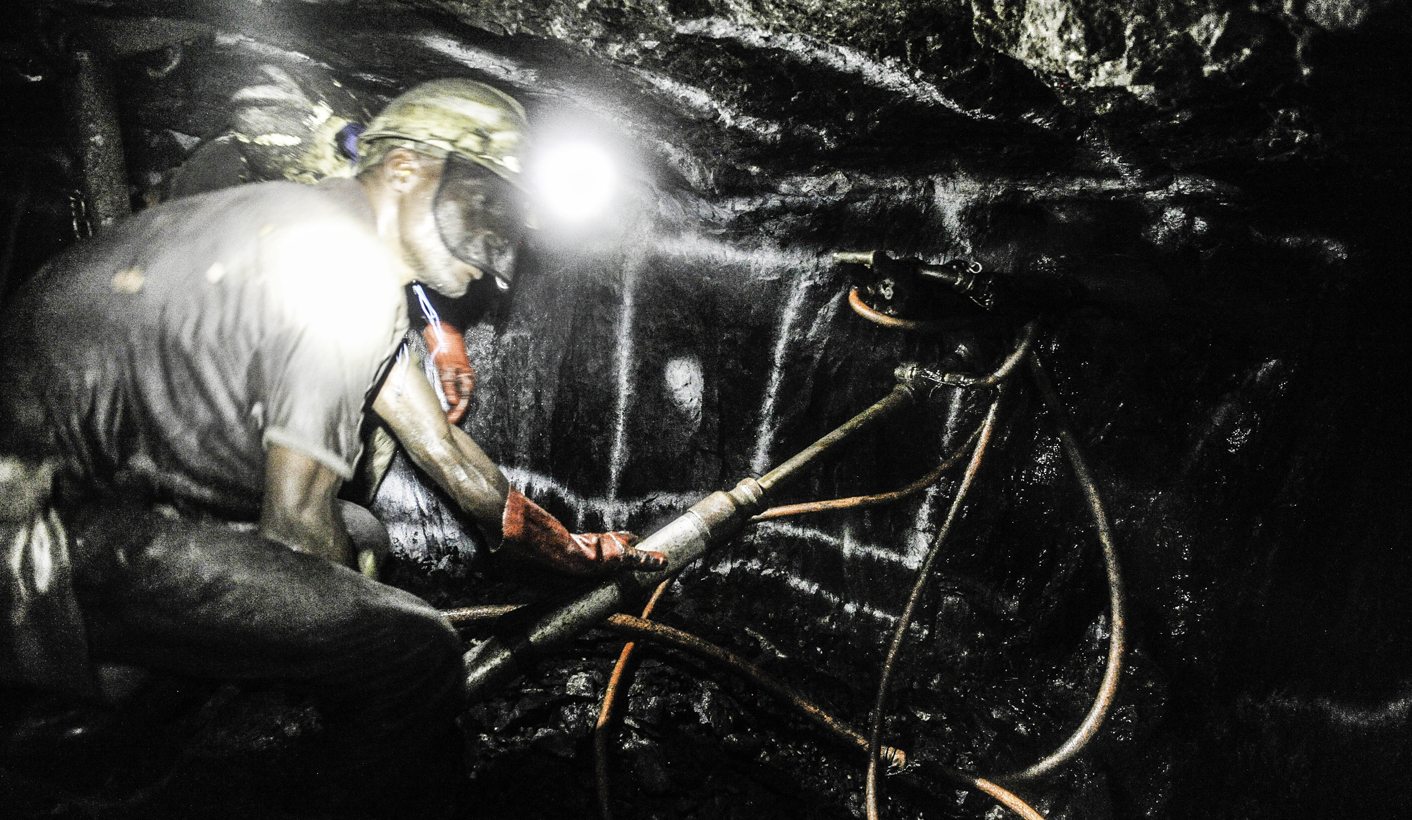 As the country’s economy continues to shrink, a report on Wednesday said mining stakeholders have come up with 10 initiatives to save jobs and ensure the industry remains viable. The agreement is likely to be signed on Monday and could include some novel solutions. By GREG NICOLSON.

A stakeholder agreement could potentially avert some job cuts in the mining sector as the government, unions and mining companies are expected to commit to interventions next week to help the sector, Reuters reported on Wednesday.

The potential agreement comes after Mineral Resources Minister Ngoako Ramatlhodi began discussions with industry leaders earlier this month under the auspices of the Mining Industry Growth Development and Employment Task Team to confront plans across the industry to cut jobs and ensure the industry remains sustainable.

“Parties have agreed on the broad framework on interventions to be pursued, and stakeholders have been given an opportunity, over the next few days, to obtain an official mandate from their respective constituencies,” a statement from Ramatlhodi’s spokesperson Mahlodi Muofhe said on Tuesday. The agreement is expected to be signed on Monday.

After the initial discussions, task teams were formed to investigate solutions. According to Reuters, which says it has seen the draft agreement, 10 broad interventions have been proposed. They are reported to include pushing for Brics nations (Brazil, Russia, India, China and South Africa) to treat platinum like gold and hold it as a reserve asset in central banks. Reuters said there was an agreement to streamline retrenchment processes, which was likely a compromise from unions and the state to avoid immediate job losses. The 10 interventions are also said to include commitments to delay job cuts and sell distressed mines rather than mothball them.

With low commodity prices and rising costs, mining houses recently announced plans to shed thousands of jobs in gold, coal, iron ore and platinum, at companies including Anglo American, Glencore, Kumba Iron Ore, Sibanye Gold and Lonmin. Economic Development Minister Ebrahim Patel has admitted the mining industry is in trouble. The Democratic Alliance’s James Lorimer has said: “Make no mistake, it’s carnage out there. There are jobs going left, right and centre and there are going to be a lot more.”

President Jacob Zuma touched on the problem while giving an update on Operation Phakisa two weeks ago. “The mining sector is extremely strategic to the South African economy. Evidently, the mining sector is facing an acute challenge, partly as a result of the dramatic drop in commodity prices,” he said. “An alarming number of companies are loss-making and investment in exploration and extraction has dropped significantly. At current prices, more than 40% of the country’s platinum mining industry and 31% of the gold mining industry is loss-making. We need to work together to turn this around.” He didn’t offer specific solutions but said discussions are ongoing and a “Mining Phakisa Laboratory” is due to be held in October.

The struggling sector is part of a struggling economy. On Tuesday, it was announced that gross domestic product has fallen 1.3% quarter on quarter, with mining contracting 6.8%, manufacturing taking a similar hit, and agriculture contracting 17%.

The African National Congress and its alliance partners have been critical of the mining companies planning retrenchments. The party claims they are cutting jobs as a knee-jerk reaction to cyclical commodity prices. It encouraged the state to discuss issues with stakeholders, while also looking to longer-term responses like launching a new state-owned mining company, promoting local beneficiation, and ensuring companies comply with the Mining Charter.

Anglo American CEO Mark Cutifani, whose company plans to cut a third of its global workforce, recently called for a reform in the labour system. “If we can work with labour and the government to negotiate, navigate and talk to a more flexible labour structure — I’m not asking people to work more hours — to address migrant labour in a more constructive way and to address the social issues and pressures we have, then we could operate our plants more hours, which provides more employment,” said Cutifani.

The full details of the proposed Mining Industry Growth Development and Employment Task Team agreement still need to be made available, and the parties need to sign, but the proposal for central banks to boost platinum as a reserve asset is a novel solution. The South African Reserve Bank maintains gold reserves of around 4-million fine ounces and can also lend gold to commercial banks at market rates to then lend to jewellery manufacturers to support manufacturing.

A Reserve Bank document explaining the basics of central bank assets and gold and foreign exchange reserves says: “Foreign-exchange reserves are normally denominated in the major currencies and invested in global bond and money markets. However, there are countries that invest in other asset classes such as real estate, equities and commodities, for example, oil.”

South Africa has the largest reported reserves of platinum but the price of the metal has fallen to its lowest in just over five years as demand has reduced. If the Reserve Bank was to invest in platinum as an asset, purchasing and storing it, the commodity price could be strengthened and stabilised. There would likely be a number of problems in South Africa leading the implementation of such a system, but they might be mitigated if the large Brics economies got on board, allowing South Africa to help mitigate the effects of cyclical commodity prices and promote stability in the mining industry. DM