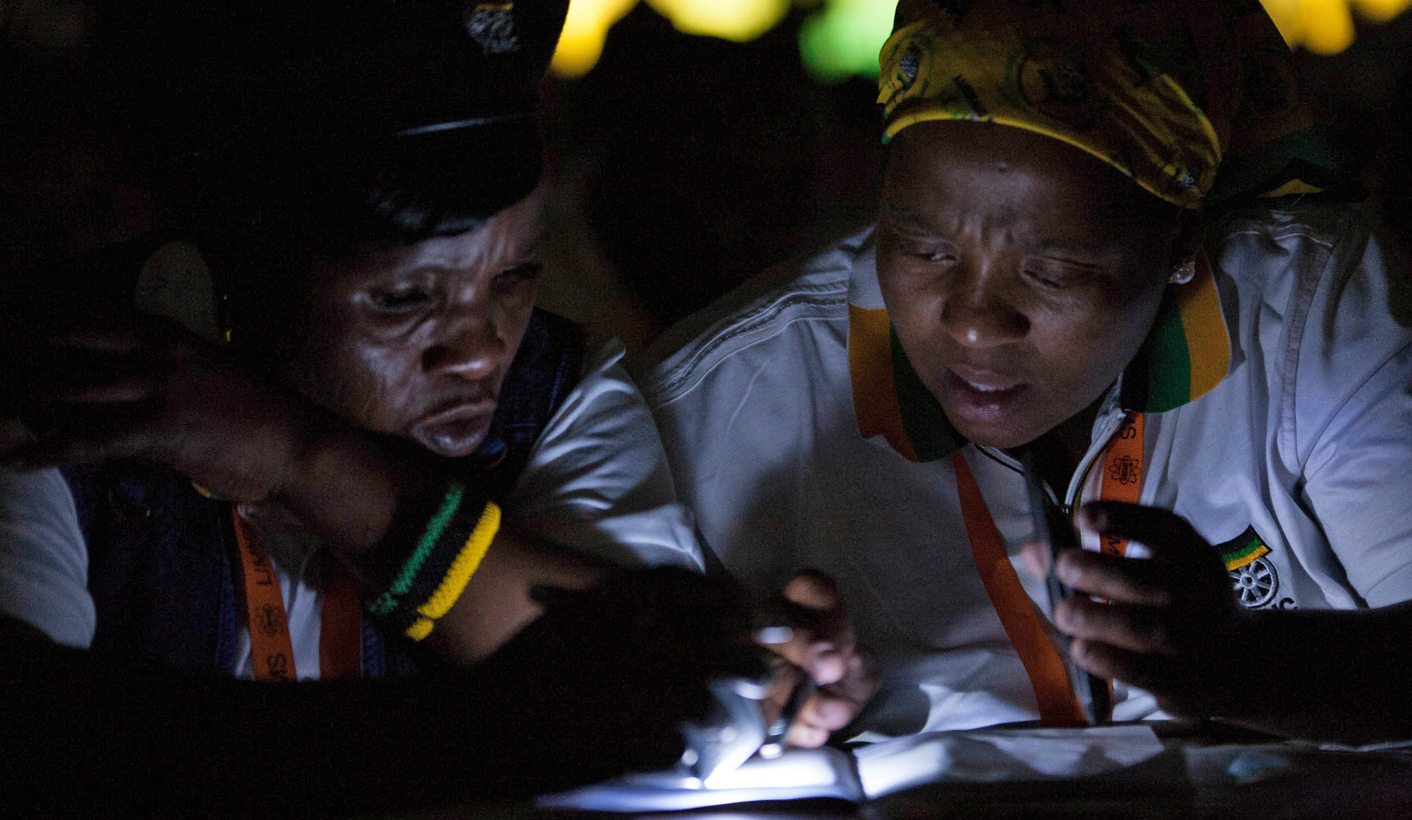 In this strange 'twilight zone' in which the power of one African National Congress (ANC) leader is slowly beginning to wane, while the next leader has not yet been identified, space exists in which to think again about certain policies and practices of the organisation. In just a few short months, the race for the next leader will have well and truly begun, with its strange sort of 'politics by subtext'. That the ANC is a grand old organisation is not in doubt. That it has brought democracy to South Africa is beyond question. But it also needs to change, to bring itself up to date with the times. It's time for the ANC to change the way it manages its leadership elections, and to usher in a new age of transparency. By STEPHEN GROOTES.

On Wednesday morning Deputy President Cyril Ramaphosa had been asked by a member of the Japanese National Press Club, if he were ready to take up the job at the president … and where would he like to take the country to and how? His answer was long, but not very detailed. It spoke about Nelson Mandela: “Did he choose himself? No, he was chosen by the people of our country to occupy that position”. It spoke about Ramaphosa’s own supposed attitude: “I am proud to belong to this great organisation, where in our organisation you never say, I am the one.”

It is, of course, all necessary hogwash. Ramaphosa knows, as the place in which he was speaking may have reminded him, that Tokyo Sexwale once openly campaigned for the presidency of the ANC, and lost. He knows that any hint of ambition will immediately bring down the wrath of President Jacob Zuma’s political machine on his head.

Many in the ANC proclaim that it is right and good that it continues this way. They say this keeps some dignity within the organisation, they point to its tradition, and say this is the right way to pick a leader, because it has s worked in the past. They may also say that this somehow keeps a lid on things, that it stops disputes spilling over and that, as a result, it is easier to foster unity in the party after the leadership election.

Well, the ANC has only had 12 leaders. In some cases there were contested conferences, in some cases not. Which means it’s not really a grand old tradition.

In fact, if you think of the kind of conference the ANC is approaching, where the party is the ruling party of the country, there has only been a contested election between two people who could be considered to have relatively equal power bases once. Of course, that was Polokwane.

And after Polokwane, there was indeed a split. The only other conference where this happened was Mangaung.

The case for opening things up is surely very strong.

Firstly, it would allow leaders themselves to be more honest. In the case of Ramaphosa, is his continued quoting of Zuma because he agrees with him, or because he’s playing a political game? When the ANC Women’s League now says that the time has come for a female president, is it really reversing policy, or is it just because it wants to support Nkosazana Dlamini-Zuma? It’s hard to know these things when all of the real politics happens under the radar.

Then there is the real impact of all of this secrecy. It means there is a genuine space for real skulduggery. Rumours abound about how Zuma won at Polokwane and Mangaung, wild claims are made about money changing hands, about the buying of delegates, about how much each delegate cost. They are probably untrue, but how can we ever know what really happened?

It would be much harder to buy delegates if they arrived at a conference stating in public what their mandate was from the branch they represent. Then, if the final result was wildly different from what could be predicted, we would know that something had gone wrong somewhere. Now, it’s very difficult to make predictions until the provinces vote.

At a time when intelligence services openly admit to jamming cellphone signals in Parliament, when a former police Crime Intelligence Unit head has been accused in public of using his powers to listen to the phone conversations of challengers to Zuma, there are also fears that more and more dirty tricks will be used to swing ANC elections. Again, the simplest way to counter this is to make the process as transparent as possible.

Another advantage of opening things up is that it might provide a solution to the problem that has dogged the ANC more than any other since Polokwane, the slate system. If leaders said in public that they were running for certain positions, this might make it harder for them to run on a slate. If they did run on a slate, at least we would know, it would be out in the open.

Another advantage would be that it would make future policy easier to predict. You would know long in advance who was going to run. They would have to explain what they stood for, and why. Of course, there would still be some double-speak, (for fun, you may want to watch Ted Kennedy answer the question of why he wanted to be president of the US) but at least we could ask the question, and get some sort of answer.

Imagine, for a moment, that Ramaphosa stood up and said he was running for the position, and that he believed the way to create jobs was to change, among other things, the Labour Relations Act. Then, Dlamini-Zuma could also announced her candidacy, and said she was going to use the power of the state to create jobs.

We would suddenly have a proper debate about the economy, that we could all follow and understand. It would mean the real issues facing the country were discussed, rather than the kind of behind-your-hands discussion we have at the moment.

It’s important to consider who benefits from the current system. It benefits those who have mastered it. By definition, that would be the incumbents. Before Mangaung this meant Zuma was able to use this ‘tradition’ to great effect against Kgalema Motlanthe. Before Polokwane, the then head of the presidency of the ANC, Smuts Ngonyama, kept claiming the time was not right for the leadership discussion. He also claimed that “there are no divisions in the ANC”. He was wrong on both counts. As a result, no one has ever really had both the power to change this tradition, and the motive. It has never benefitted them to do so.

Over the next few months an awful lot of tea leaves are going to be read. Signals will be sent, some will be misinterpreted. It’s going to be difficult to predict what will happen, which leads to more instability for policy and the country as whole. What is the ANC so afraid of, that it will not open up its leadership debate? The Democratic Alliance was able to do it, and survive. It’s time for the ANC to arrive in the 21st century. DM