Derailed: Will the public protector’s recommendations on Prasa fall on deaf ears? 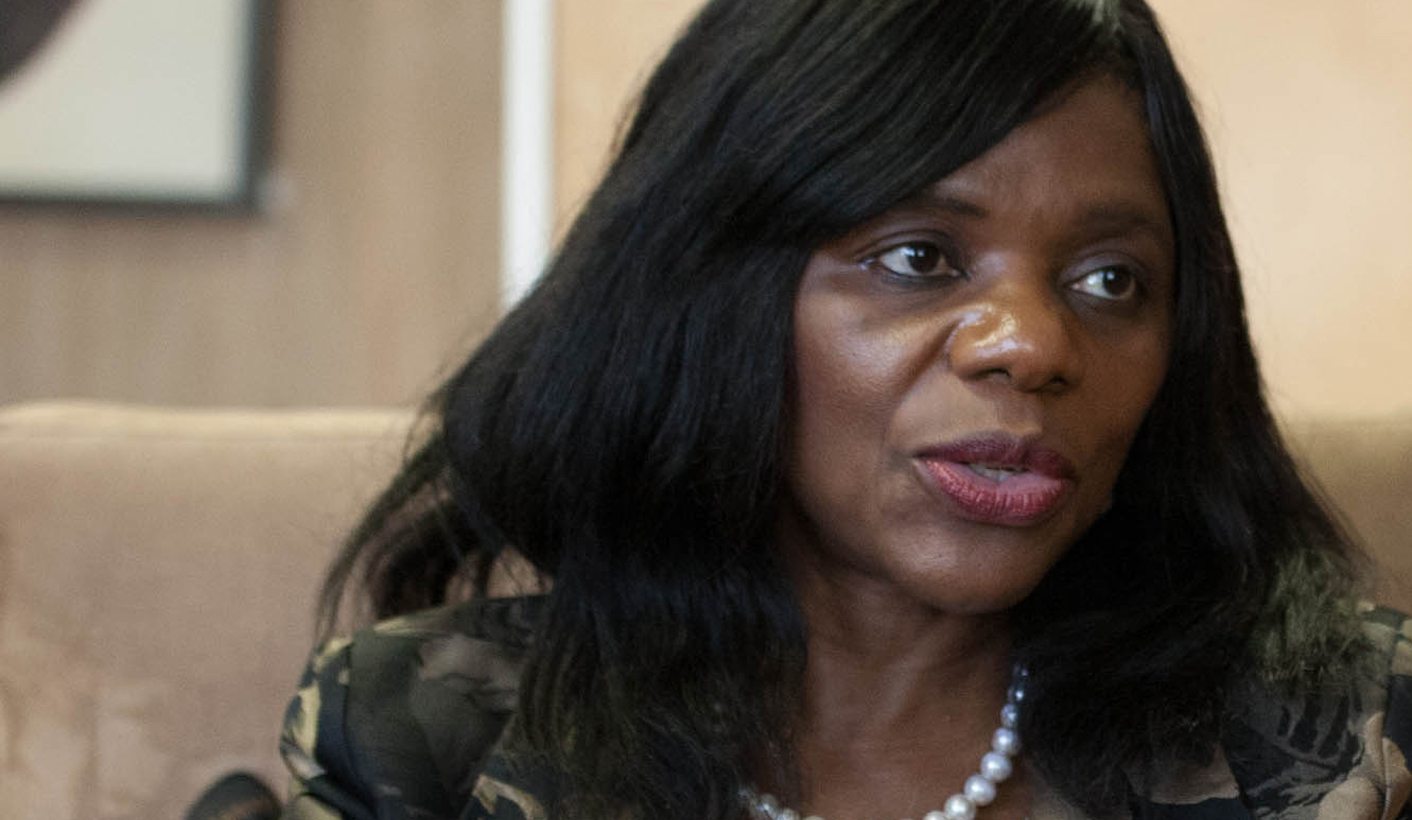 Public Protector Thuli Madonsela is not one for brevity. Her latest report into malfeasance at parastatal the Passenger Rail Agency of South Africa, runs to 391 pages. But who can blame her: if experience with her past reports is anything to go by, Madonsela needs her findings to be expressed in a watertight manner to have any hope of her recommendations being taken seriously. Of concern is the fact that Madonsela’s report records (again) how difficult it was to get the necessary information from the agency in order to complete her investigation. By REBECCA DAVIS.

In order to complete her investigation into the Passenger Rail Agency of South Africa (Prasa), Public Protector Thuli Madonsela and her team had “immense difficulty”, because “information had to be clawed out of Prasa management”. Even after issuing subpoenas, as is the public protector’s legal right, they were still not cooperated with entirely.

Moreover, Madonsela explicitly notes that the authenticity of some of the documentation that was provided to them was “doubtful”. Documentation relating to tenders, for instance, was in many instances “undated, unsigned, and in at least one case, incomplete”. As a result, Madonsela’s team had to hold more than seven issues for investigation in a subsequent report.

This is by no means the first time the public protector has complained about being unable to adequately complete her investigations due to the fact that the necessary information has not been forthcoming. To give just one example: in 2013, when Madonsela was struggling to finalise an investigation into the National Youth Development Agency, her spokesperson warned public organs of state that they were constitutionally required to cooperate with Madonsela’s office.

“Organs of state also need to be aware of the public protector’s subpoena and search and seizure powers, which the institution hardly uses because it strives to employ an inquisitorial, rather than an adversarial, approach,” spokesperson Oupa Segalwe said at the time.

Fast forward two years, and there’s little doubt that Madonsela’s relationship with the state is increasingly seen as “adversarial” rather than “inquisitorial” by the powers that be. The public protector has been accused of being everything from a Central Intelligence Agency spy to a pawn of the Democratic Alliance (DA).

The complaints against South Africa’s rail agency were not laid by the DA or any opposition party, however. They were initially lodged by the South African Transport and Allied Workers Union, which asked the public protector back in 2012 to look into issues such as nepotism, procurement irregularities, and the victimisation of whistleblowers.

Since then, the parastatal has faced many more problems, both from the management side and operationally. Prasa reported a loss of R1-billion over the 2014/2015 financial year. There have been at least two Shosholoza Meyl train crashes in the last four months, with the most recent accident last week seeing 63 people injured. In the same week, one of Prasa’s recently-purchased locomotives, an Afro-4000, derailed in the Northern Cape, injuring several people, after alleged warnings that these trains were unsuitable for South African rail conditions and prone to derailment.

In total, Madonsela looked into 37 complaints. The bulk of these allegations revolved around the improper awarding of tenders, the improper appointment or suspension of a number of individuals, incurring fruitless and wasteful expenditure, and some specific financial wastage by former Prasa CEO Lucky Montana.

In some cases, she found the extent of the wrongdoing was much larger than the complaints envisaged. For instance, one complaint held that a tender awarded for the installation of passenger gates had been improperly extended to the tune of R800-million. Madonsela found the actual amount was R1.95-billion. In other cases, Madonsela’s investigation revealed smaller amounts at stake than those alleged. An improperly extended Siemens contract for communication systems amounted to R256-million rather than the R800-million alleged.

Companies working with Prasa in the recent past clearly received some cushy treatment. A company called Enlightened Security invoiced for a payment of almost R700,000 for security services at one station, more than a month before a contract was actually signed for them to provide said services.

Several of Madonsela’s findings specifically pinpoint Montana. It was Montana, the report finds, who “summarily terminated” the contracts of seven cleaning companies and replaced them with new ones without going through the necessary procurement process.

Montana was at it again when he terminated the contracts of five executives between 2008 and 2013 without following proper procedures – leading to Prasa having to pay Commission for Conciliation, Mediation and Arbitration settlement amounts of almost R4-million.

It was Montana who extended the contract of a media company to produce the in-house magazine – to the tune of over R16-million – despite knowing it was probably unlawful. Madonsela describes Montana here as displaying “disconcerting disregard for the rule of law”.

It was Montana who improperly appointed a consultant delivering a service called “Value Creation and Culture Change”, billed at more than R10-million for a year’s work. “It is clear,” the report notes, that this appointment “was triggered by an existing relationship”.

Montana also irregularly appointed a special advisor and paid his consultancy a monthly retainer of R150,000.

Not all of the complaints were upheld. Madonsela did not find Prasa improperly failed to investigate the theft of buses by a subsidiary company, for instance. She couldn’t determine whether Montana replaced Prasa’s human resources head with his own uncle, without following the proper recruitment process, because there wasn’t any evidence that the employee in question was indeed Montana’s uncle. On a number of charges of awarding improper tenders, her report did not find it necessary to make a finding of maladministration.

Unsurprisingly, her recommendations are stringent. Madonsela wants the transport minister and the Prasa board to take disciplinary action against the officials who have committed acts of maladministration and improper conduct. She wants an overhaul of Prasa’s internal systems, particularly when it comes to tenders and recruitment, to make sure no repeat of this malfeasance is possible. She wants the Treasury to conduct a “forensic investigation” into all Prasa contracts valued at more than R10-million since 2012.

Will Lucky Montana face the music? Is it likely that Madonsela’s recommendations will be adhered to? There are at least two recent precedents to make one cynical. In the first, SABC boss Hlaudi Motsoeneng kept his job at the public broadcaster despite Madonsela’s recommendation that he should be suspended. (This is the subject of an important court case, a ruling on which – set to clarify the public protector’s powers – is expected next month.)

The second precedent is, of course, the public protector’s hitherto ignored recommendation that President Jacob Zuma should pay back a portion of what was spent on security upgrades at his Nkandla homestead.

In the Prasa case, all chairman Popo Molefe has said thus far is that the public protector’s report will be carefully scrutinised. Montana, however, has come out with guns blazing, calling the allegations baseless.

“The public protector, remember, is not a judge,” Montana told 702. “I am going to take this matter to a court of law.”

What is surprising about Montana’s response to the report is that Madonsela records within it that “both Mr Montana, and the board have welcomed the provisional report which did not differ vastly from this final report and committed themselves to implementing the remedial action once the report is made final”.

Madonsela described herself as “grateful” for this response, because she said it was in line with “the constitutional ideal regarding the relationship between the public protector and organs of state” as envisaged in the Constitution.

Clearly Montana has had a change of heart upon reading the finished product.

The African National Congress, for its part, put out a statement on Tuesday calling on Prasa and Transport Minister Dipuo Peters to “urgently consider the report”. But the statement repeatedly refers to Madonsela’s findings and recommendations as “allegations”. It also essentially called for an investigation into the public protector’s investigation – by demanding that a “process” is put in place to “ascertain the veracity of these allegations”.

The DA, however, isn’t taking any chances on this one. On Tuesday the party announced that it will be laying criminal charges against Montana for fraud and corruption. It also wants to see a Special Investigating Unit investigation into Prasa, and the public protector’s report to be tabled before Parliament so that its recommendations can be enforced by the relevant committee.

Are these steps tantamount to an acknowledgement that, otherwise, Madonsela’s recommendations are likely to be ignored?

“The remedial action steps found in the ‘Derailed’ report by the public protector do not explicitly state that criminal proceedings should be instituted,” DA spokesperson Mabine Seabe told the Daily Maverick on Tuesday. “We see fit to carry this responsibility on behalf of the people of South Africa, whose money was squandered.” DM