Op-Ed: Ian Khama has chance to change lives of women and girls 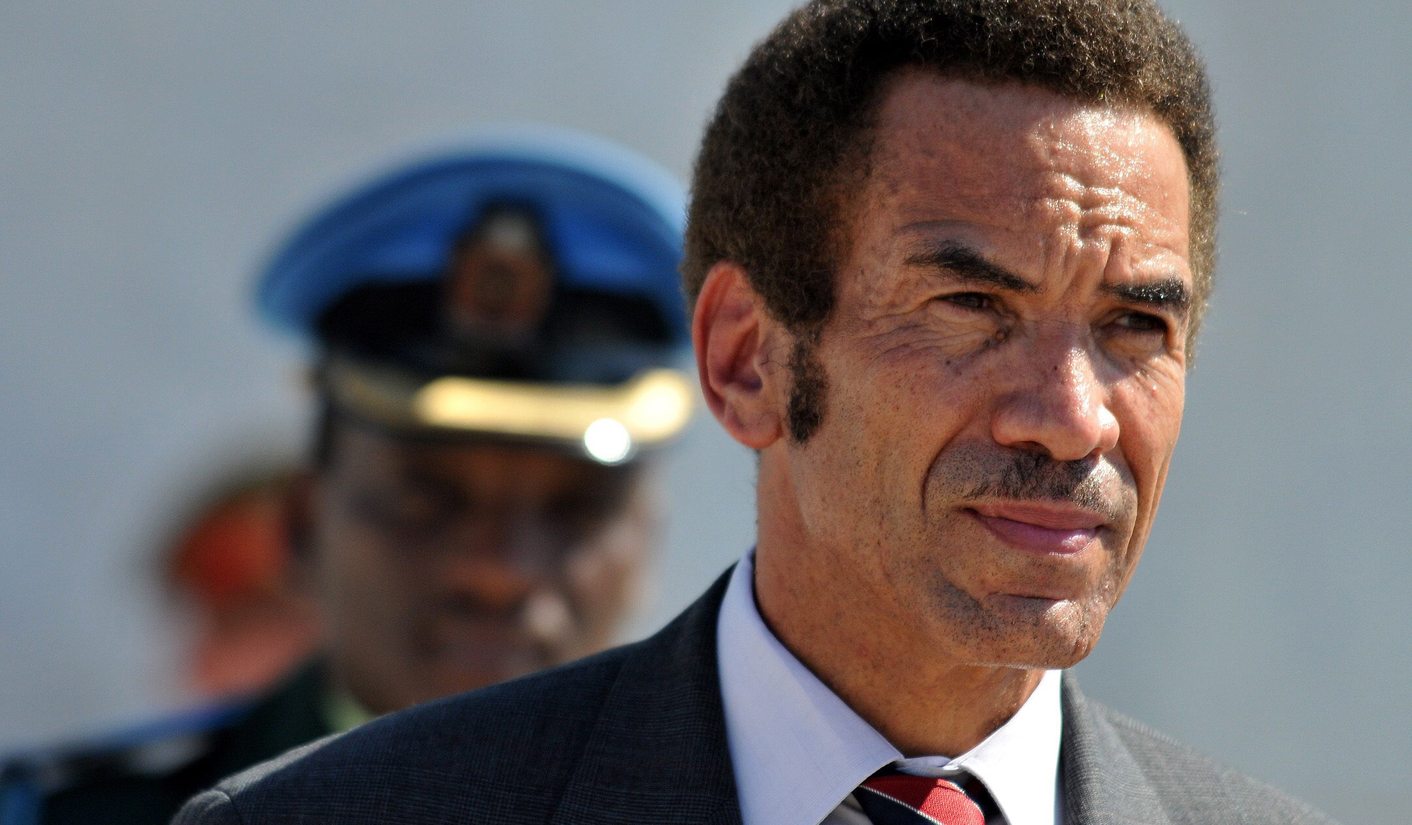 The economic circumstances of women in Southern African Development Community (SADC) states have been especially slow to change as women and girls continue to experience gender discrimination that limits their access to services, education, employment opportunities and justice. Now is a time for strong leadership. A good place for new SADC chairman Ian Khama to start his work would be to send a clear message in support of human rights and gender equality by signing the SADC Protocol on Gender and Development. By LOUISE CARMODY.

Botswanan President Ian Khama takes over as chairman of the SADC this week, he is also being presented with the enviable opportunity to improve the lives of millions of the region’s citizens – especially its women and girls.

An estimated 40% of people living within the SADC’s 15 member states live below the poverty line. Women’s economic circumstances have been especially slow to change as women and girls continue to experience gender discrimination that limits their access to services, education, employment opportunities and justice. At the same time, the need to protect human rights and the rule of the region intensifies.  Now is a time for strong leadership.

A good place for Khama to start his work would be to send a clear message in support of human rights and gender equality and sign the SADC Protocol on Gender and Development. The SADC is the only region in the world to have such a legally binding instrument. Its objectives include the provision of empowerment for women and the elimination of gender discrimination and inequality. The Gender Protocol entered into force in 2011 and has been signed by all of the SADC states, with the disappointing exception of Mauritius and Botswana.

Alongside commitments relating to education, political participation, the economy, health, HIV and Aids, and the media, the gender protocol contains targets that are vital for tracking SADC countries’ progress. These were aligned to the Millennium Development Goals (MDGs), which include that rates of maternal mortality be reduced by 75% and that gender equality in education be achieved by the end of 2015.

The SADC Gender Protocol Barometer 2015, released last week, has monitored the SADC’s performance since 2009. The data demonstrates that the gender protocol has been vital in driving the progress to date, with successes having been achieved in increasing the number of women in parliaments across the region. The data also highlights that much work remains to be done. Access to sexual and reproductive health services and information has increased but continues to be problematic, accompanied by a high prevalence of HIV and unacceptable rates women and girls dying in pregnancy or shortly after giving birth. While significant improvements have been achieved in gender parity of school enrollments, girls remain at greater risk of dropping out due to social, cultural and economic pressures. Alarmingly, girls continue to face dangers of sexual abuse at school. More generally, the unchecked scourge of gender based violence in the region, reflects the lack of commitment to gender equality from SADC leaders.

Driving the call for change, civil society organisations from SADC states gathered in Gaborone last week on the eve of the 35th SADC summit. Amnesty International, the Southern Africa Litigation Centre and Women in Law in Southern Africa hosted a high-level discussion around the SADC Protocol on Gender and Development. Malawian Gender, Children and Community Development Minister Patricia Kaliati provided the keynote address (delivered on her behalf by Emma Kaliya, chairwoman of Malawian nongovernmental organisation the Gender Coordination Network) to urge the region to “do better on gender equality and the empowerment of women”. Kaliati called for ‘visionary leadership’ especially to prioritise the education of girls. Speakers highlighted the progress made since 2009 as a result of the strong targets and indicators of the gender protocol, but also raised ongoing challenges. For example, women’s access to land and property rights remains hostage to discriminatory customary law and practices.

Real change for the women and girls of the SADC region relies on political will and Khama has the opportunity chance to drive that change at a regional and national level. Like the MDGs, the targets of the SADC Protocol on Gender and Development expire this year. SADC gender ministers have agreed to review it for the post-2015 agenda, so that new targets on gender equality and development would be in line with the United Nations Sustainable Development Goals and include a framework for monitoring and evaluating the progress. This is key in ensuring accountability for the promises made by leaders. Let’s hope Botswana can lead in this review and sign up to the SADC’s gender protocol.

To go further and really make an impact on the lives of SADC citizens, Khama should also take urgent steps to review the status of the SADC Tribunal. This judicial body has the authority to hear complaints from individuals who had not received justice in their national courts. It also had a human rights mandate and enforcement powers related to the gender protocol. As such, it was a significant tool for implementing commitments to achieve gender equality.

When the SADC Tribunal was disbanded last August, without consultation with SADC citizens, it left a gap in the protection of human rights and gender equality in the region.

The citizens of the SADC are waiting and watching for Khama to display real leadership and close the gaps. It is time to deliver. DM