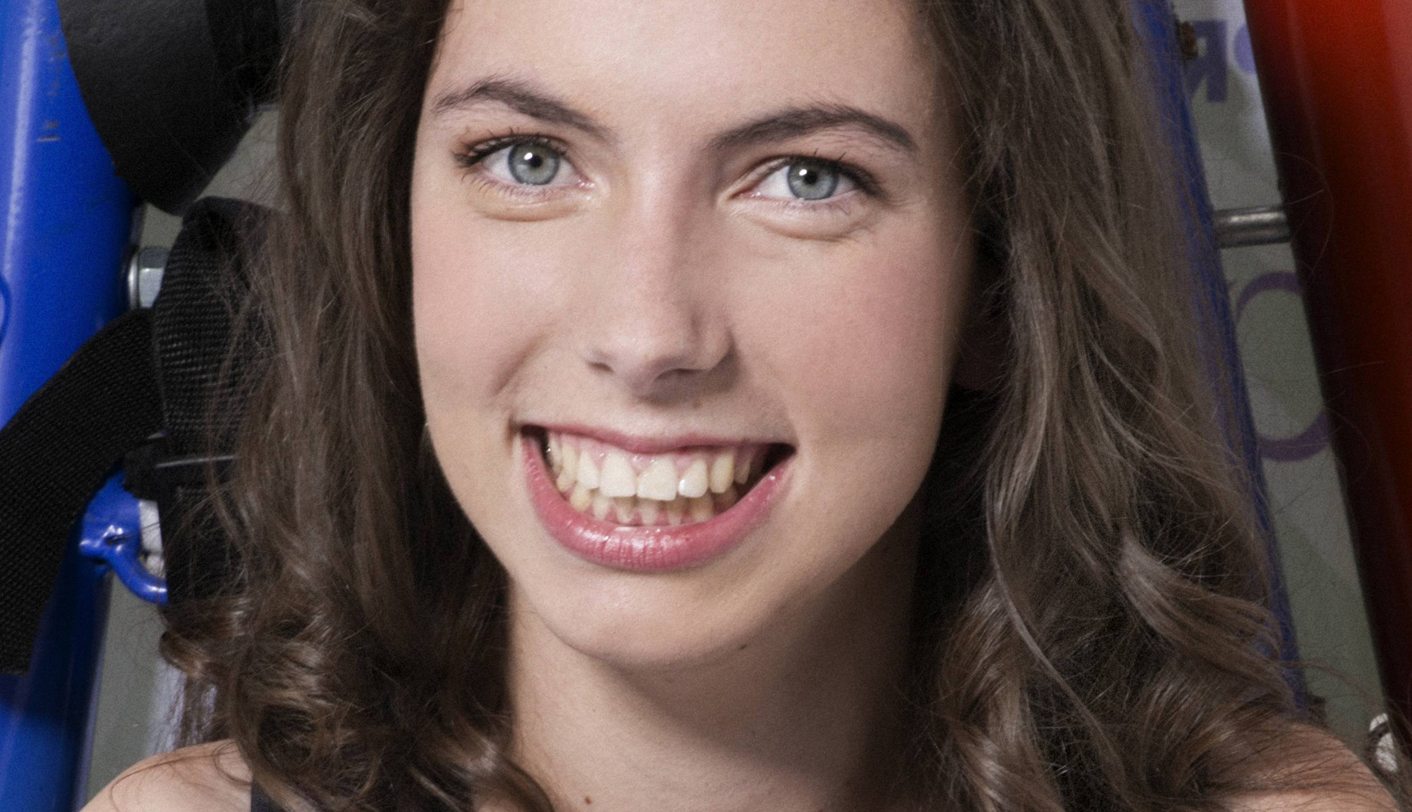 South Africa met Chaeli Mycroft as a determined little girl with cerebral palsy, desperate to raise enough money for a motorised wheelchair. Just over a decade later, she’s gearing up for her 21st birthday, which she plans to celebrate as the first female quadriplegic to scale Kilimanjaro. By MARELISE VAN DER MERWE.

Meeting Chaeli Mycroft, one can’t help but feel one really should put more of an effort into one’s own goals. Chaeli’s achievements, by any standard, are remarkable. But coming face to face with the first young woman in a motorised wheelchair to take on Kilimanjaro, it really does drive home that there is no excuse for the phrase ‘I can’t’.

Chaeli, now 20, co-founded The Chaeli Campaign in 2004, with her sister Erin and her friends Tarryn, Justine and Chelsea Terry. The girls, then aged between six and 12, raised R20,000 in seven weeks for Chaeli’s wheelchair by selling their artwork and plants they dubbed Sunshine Pots. Heartened by their success in raising the money for Chaeli, they decided to raise money for other children, too. The rest is history. Today, The Chaeli Campaign runs multiple programmes to help children living with disabilities, and focuses on a philosophy of inclusion. It assists more than 5,000 children annually. Chaeli herself has won the 2011 International Children’s Peace Prize, the 2012 Nobel Peace Laureates’ Medal for Social Activism and the 2013 World of Children Youth Award.

The Kilimanjaro climb has two main purposes: to raise awareness of The Chaeli Campaign and its inclusive education philosophy, and to raise funds for one of its eight early childhood development (ECD) programmes running in Masiphumelele, Khayelitsha and Phillippi.

In February this year, the Chaeli Cottage Pre-School and Enrichment Centre was officially opened.

“There are different aspects to the programme,” says Chaeli, speaking from her residence at the University of Cape Town, where she is studying a Bachelor of Social Sciences in Politics and Social Development. “On the one side, we have preschool, where we have able-bodied and disabled children learning together. Children learn through play, so our focus is on being inclusive. Our approach is on individualised learning, because children don’t fit into boxes. We have 11 children enrolled in the preschool. It’s very exciting.

“The other aspect is more preventative. We visit the ECD centres. Our programmes here revolve around occupational therapy, early detection, teaching and capacity building. A lot of children don’t have resources. They have never seen Play-Doh, for example, or used a pair of scissors. So each child gets their own box to take home, containing these things and more, so they can continue playing  and learning beyond the school hours. But this is quite difficult to sustain, and the programme is quite intricate, so we are raising funds for that.”

Chaeli’s wheelchair for the climb is custom-built and extra-lightweight. “It’s beautiful,” she says. Byron Keulemans from Boss Models made the donation, and it was designed by Chairman Industries, who have extensive experience designing wheelchairs for sportspeople. “However, there were a couple of unique challenges,” says Chaeli. “Altitude brings a whole set of other difficulties. The chair will not only be used at sea level. We needed a really hardcore chair, lightweight and very manoeuvrable. The chair is very sturdy and easy to push around. It works for all of us.”

The team, which includes tour leader Carel Verhoef, physiotherapist Sally Grierson, Adam Schäfer, Taylor Jackson, Thembi Chagonda, Anne Henschel and Johanna Gallego, has opted for the Rondai route, which has a gentler slope that will be kinder to both them and the wheelchair. They are aiming to complete the trip in seven days – five days up, two days down. They will also have porters and guides coming along. The trip, says Chaeli, has been nerve-wracking to plan. “If we have forgotten anything and we’re on the mountain, we’re just going to have to make it work,” she says. Yes, this is true of everyone, but with Chaeli’s medical needs, it means the team will have to have some ingenuity should anything go wrong. Chaeli’s body temperature is prone to dropping suddenly, she can struggle with chewing and swallowing, and dealing with a frozen catheter on a mountaintop could cause major complications.

Chaeli is so efficient and positive that it’s easy to forget she even has a disability, but she needs assistance doing many of the things others take for granted. To this end, she recently acquired a service dog, a golden retriever named Eden, who offers a greeting at the door.

“I got her in October from the South African Guide Dog Association,” Chaeli explains. “She helps with the little things that able-bodied people might not think of. If I drop something, she can pick it up for me. She can open and close doors. She can speak. That is, she can bark on demand. If anything happens to me, she will call for help. People underestimate what that means – being able to have a closed door. Before, I couldn’t do that. Now I can, because I have her. I have that privacy.

“As a bridge to other people, she’s also amazing. People are less threatened by the wheelchair. If you have a dog, people are much less hesitant to approach you.”

The question of assistance is an important one for Chaeli, and one she wants to communicate clearly. Regarding the trip up Kilimanjaro, it’s a message she specifically wants to send – the importance of having a great team around you, and having the courage to lean on others. “People with disabilities who have gone up Kilimanjaro before have had more ability than I have,” she says. “I’m going to need a lot more help. This is one of the messages I’m sending. You can’t do everything by yourself.”

One of Chaeli’s great lifelong cheerleaders has been her mother, Zelda Mycroft. Asked how her mother feels about the ascent, Chaeli turns quiet for a minute. “Umm …” she trails off. “I think she’s excited. Now that it’s a week away, she’s starting to show her nerves, but we have full confidence in the team. We spoke about it last night, and we agreed that if she’s not with me, she can’t worry about me. You’ve just got to let it go.” For the duration of the climb, Zelda will be in Tanzania, holding training workshops. “It’s a good opportunity for us to get The Chaeli Campaign into other parts of Africa,” says Chaeli.

The team is leaving in stages – “a logistical nightmare”, says Chaeli – and her turn to leave rolls around on August 27. With the altitude training completed, the research done on how to keep batteries alive at cold temperatures, and the team trained in how to get Chaeli in and out of a body-warming onesie in under three minutes, it only remains to get on the plane and get going. The team will document the climb as they go.

Chaeli will turn 21 on the mountain, with her climbing team beside her. She will have a party when she returns, she says, because although she is excited to celebrate with “my amazing team of climbers”, she also wants to celebrate with “the people who have been with me from the beginning”. “Not that being on the mountain isn’t celebrating properly,” she ponders. “I hope there is cake. I don’t know if there will be. One can always hint.” DM

* The climbers will keep followers updated on their progress in real time, using data hotspots pointed out by the porters. Find out more at http://www.discoverafrica.com/teamwork/, make a donation , or share the campaign on Twitter.