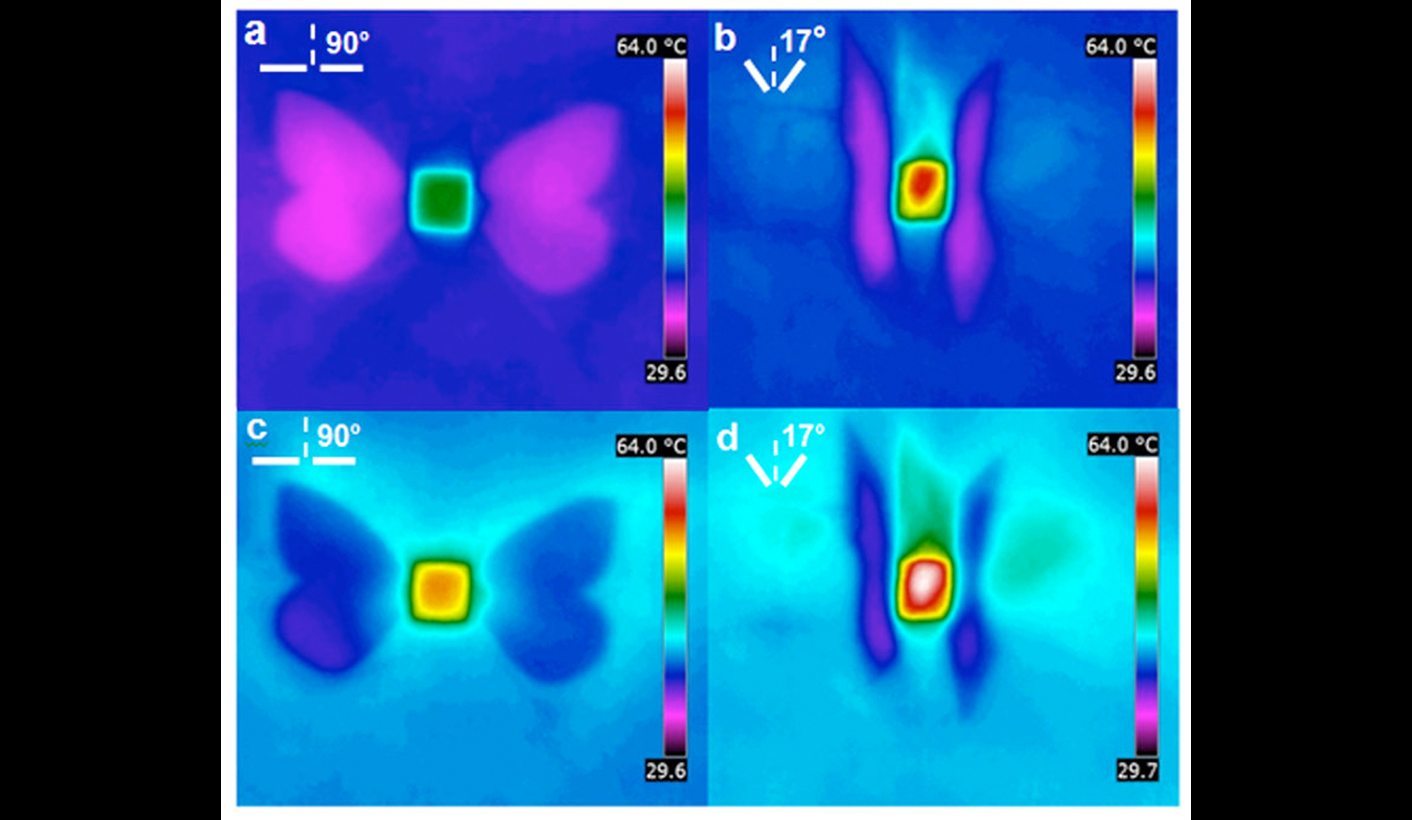 Much like solar farms use mirrors to concentrate sunlight onto solar cells, large white butterflies use their wings to direct sunlight onto their bodies before flight. Butterfly wings are both highly reflective and are far lighter than solar panels. A group of researchers from the University of Exeter got to thinking: what if we could mimic butterfly wings to create super lightweight solar concentrators? By ANDREA TEAGLE.

“You could look at nature as being like a catalogue of products, and all of those have benefited from a 3.8-billion year research and development period.” – architect and biomimicry thought leader Michael Pawlyn.

The bright, white material is so light that it trembles slightly. Two sheets are arranged in a V-shape, concentrating sunlight onto the body at the centre. When it is warm enough, nature’s most efficient solar panel, the large white butterfly, flutters away.

For a team of researchers at the Environment and Sustainability Institute at the University of Exeter, it leaves an idea in its wake.

Solar energy has gained popularity in many parts of the world in recent years as a green source of energy. South Africa boasts the largest solar farm on the continent: the 96-megawatt (MW) Jasper Solar Energy Project in the Karoo. To harvest the sun’s energy, these plants rely on vast arrays of solar panels. Solar concentrators – mirrors or other reflective material – direct sunlight onto photovoltaic (PV) cells, where it is converted into electricity. Solar concentrators reduce the cost of the overall system by decreasing the required area of expensive PV material. Jasper has more than 1,000 tracking mirrors for this purpose, looking to the untrained eye like squares of sky fallen to earth.

The butterfly’s neat trick of angling its wings to optimise reflectance is not new to solar farms: the V-Trough solar concentrator, for example, has been around for decades. But whereas solar concentrators tend to be prohibitively heavy and costly to install, the wings of the large white butterfly are inspiringly light. And, held in a V-position, they are reflective enough to warm the insect’s flight muscles even on cloudy days, enabling it to take off sooner than other butterflies.

But would the wings be reflective enough to increase the output of a PV cell? In a recent study published in the journal Nature, the University of Exeter research team explores exactly that.

Led by PhD student Katie Shanks, the team began by removing the wings from some unfortunate bugs. They then attached them to 1cm by 1cm solar cells, transforming the solar cells into winged (somewhat Snitch-like) objects. Reflective film cut in the same shape as the wings was also measured with the solar cell for comparison.

They found that the winged solar cells increased output by 42%, thanks to a sunlight concentration effect of 1.3x. The concentration effect of the standard reflective film was higher, at 2x. However, although less reflective, the wings had a power to weight ratio 17 times higher than that of the tape. Further, the researchers speculated that the shape of the wings might be partly responsible for the lower reflectance, rather than the material itself.

What is the material? Butterflies owe their reflectance partly to a chemical compound called pterin: more precisely, to the unique arrangement of pterin beads in the scale cells of their wings.  Incidentally, the word pterin comes from the Greek for ‘wing’, as it was in butterfly wings that it was first discovered. Scientists believe the way that the scale cells tilt also helps to reflect light. (Microstructures have been introduced in some solar panels for the same purpose.)

Given the complexity of the wing, Shanks and her team wondered whether a simple, single layer of scale cells might on their own be effective enough to be used in solar concentrators.

They removed single layers of scale cells from wings and laid them onto adhesive tape. They discovered that such monolayers are still effective, maintaining 78.6% of the wing’s reflectance. One potential problem the study noted was overheating: while the core purpose of wings (while still attached to butterflies) is to improve sunbathing, solar cells work less efficiently when over-heated. In larger concentrations systems, receiver coolers might have to be employed to prevent damage to the solar cells, which would presumably offset some of the cost advantages that such a super lightweight material might offer. However, the power-to-weight improvements remain striking.

The next challenge will be actually making it.

Says professor in renewable energy Tapas Mallick, who was part of the the research team: “We are currently looking into the manufacturing process and we believe it will be a cheap and low-cost process but we don’t have the engineering method to verify it at the current stage. Currently reflective films are very cheap to manufacture.”

With, one imagines, butterfly wings scattered across a laboratory floor like celebratory confetti, the study concluded that mimicking the reflective structures of butterfly wings could be extremely useful in the design of lightweight coatings for solar concentrators. Thank you, Nature. Hopefully we can stop picking wings off butterflies now. DM

Photo: Thermal analysis of butterflies with wings held open (90°) or in a V-shape (17°). (Nature magazine)