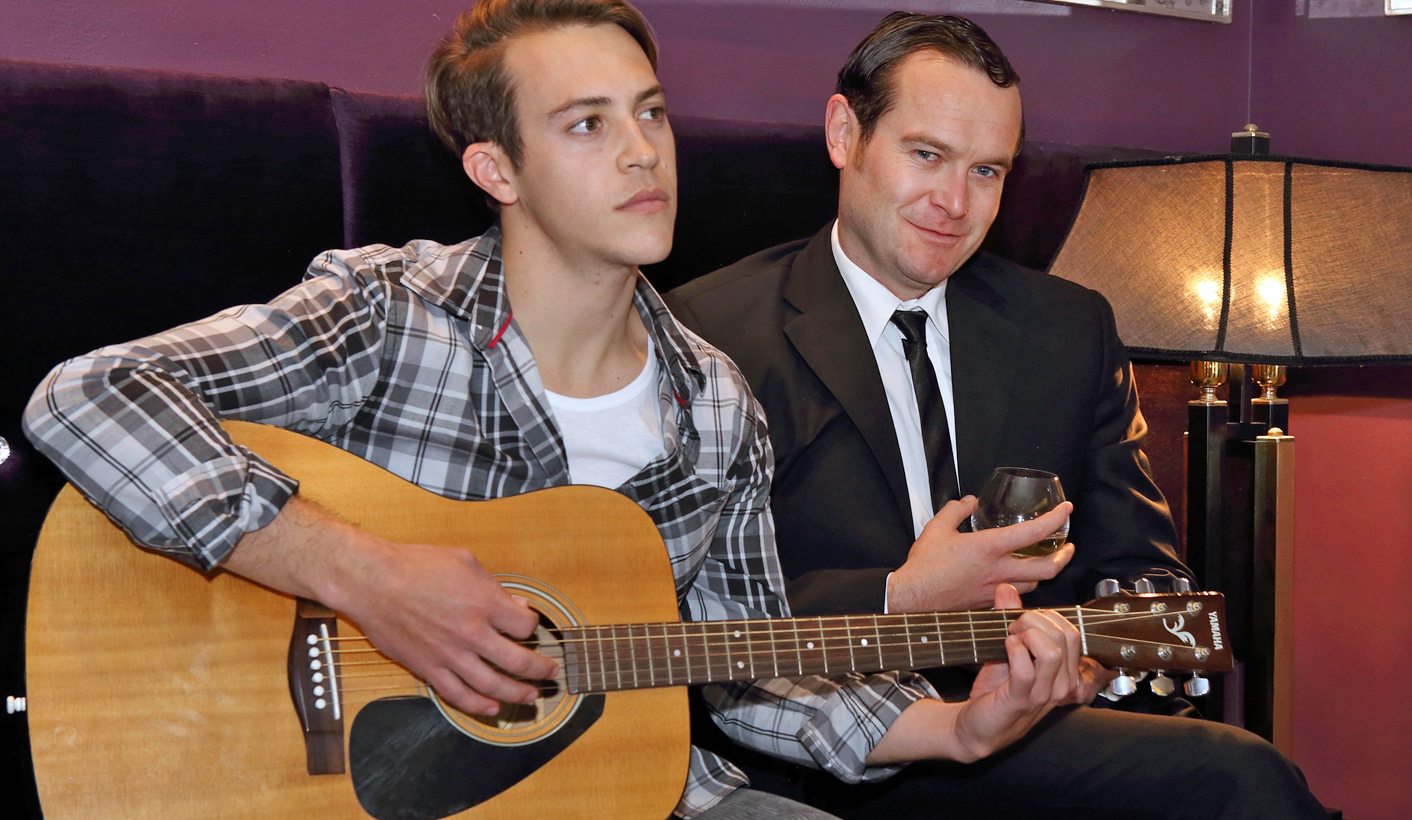 You don’t need to have even heard of Brian Epstein or like the Beatles to enjoy Epstein: The Man Who Made The Beatles. It’s a sharp, crackling piece of theatre that paints a woeful picture of fame and pressure as much as it’s about one particular man from a few decades ago. By LESLEY STONES.

A show revolving around the Beatles that doesn’t involve much music might sound like a wasted opportunity.

Thankfully, Epstein: The Man Who Made The Beatles, is no Barnyard Theatre tribute show, but an intense and riveting drama focusing on the man behind Liverpool’s greatest export.

It’s a British play written by Andrew Sherlock and running at Montecasino, which seems to have developed a penchant for plays nostalgically recalling a certain era of English entertainment. We’ve had Monty Python, Eric Morecambe and now we have Brian Epstein.

The unexpected thing about this play is that you don’t need to remember Epstein. You don’t need to have even heard of him, really, and it doesn’t much matter if you don’t like The Beatles. It’s a sharp, crackling piece of theatre that paints a woeful picture of fame and pressure as much as it’s about one particular man from a few decades ago.

Epstein was a sort of fifth Beatle, the manager who discovered them and steered them to the big time, the driving force as they recorded hit after hit and graduated from the dingy Cavern Club in Liverpool to the Shea Stadium in New York in the 1960s.

Epstein is played with utter brilliance by Nicholas Pauling, initially supercilious then suspicious of the young rent boy he’s brought back to his London apartment. As he opens up, Pauling strips off the layers of his character to show us Epstein’s appalling demons, engorged and enraged by drink and drugs. We see his masochistic sexuality and vulnerability in stark detail, the highs and lows of a tormented man.

Sven Ruygrok as the opportunistic young writer pleading with Epstein to tell his story is equally fabulous. He’s mesmerising as he paints a verbal picture of the Cavern Club, drawing us down the sticky stairs and into the grimy, sweaty basement until we can practically smell the smoke and feel the bass beat. He’s star-struck then sassy, angry then touchingly concerned for the wellbeing of the man disintegrating before him. Ruygrok’s Liverpudlian accent occasionally falters in its authenticity, but his intensity and sheer watchability never fade for a second.

The lighting is excellent, augmenting the mood perfectly with its subtle changes.

Together the pair give us quick flashes of events from Epstein’s life, re-living the pressure cooker excitement of the days when The Beatles were literally making cultural history.

Director Fred Abrahamse picked up the original script and liberally augmented it with snippets of Beatles songs that enhance the drama perfectly. When Epstein falls to pieces on the sofa of his apartment, John Lennon’s voice fills the lonely void with his own plea of “Help”. When he talks of his then illicit homosexuality, the calming notes of “You’ve got to hide your love away” fill the anguished gap.

Anguished. That’s a good word for this play. Enthralling is another one. You don’t need to know your musical history to feel his pain or be sucked in by this riveting piece of theatre. DM

Epstein: The Man Who Made The Beatles runs at Montecasino Theatre until September 27. Tickets from the Theatre Box Office (011) 511 1818 or www.computicket.com