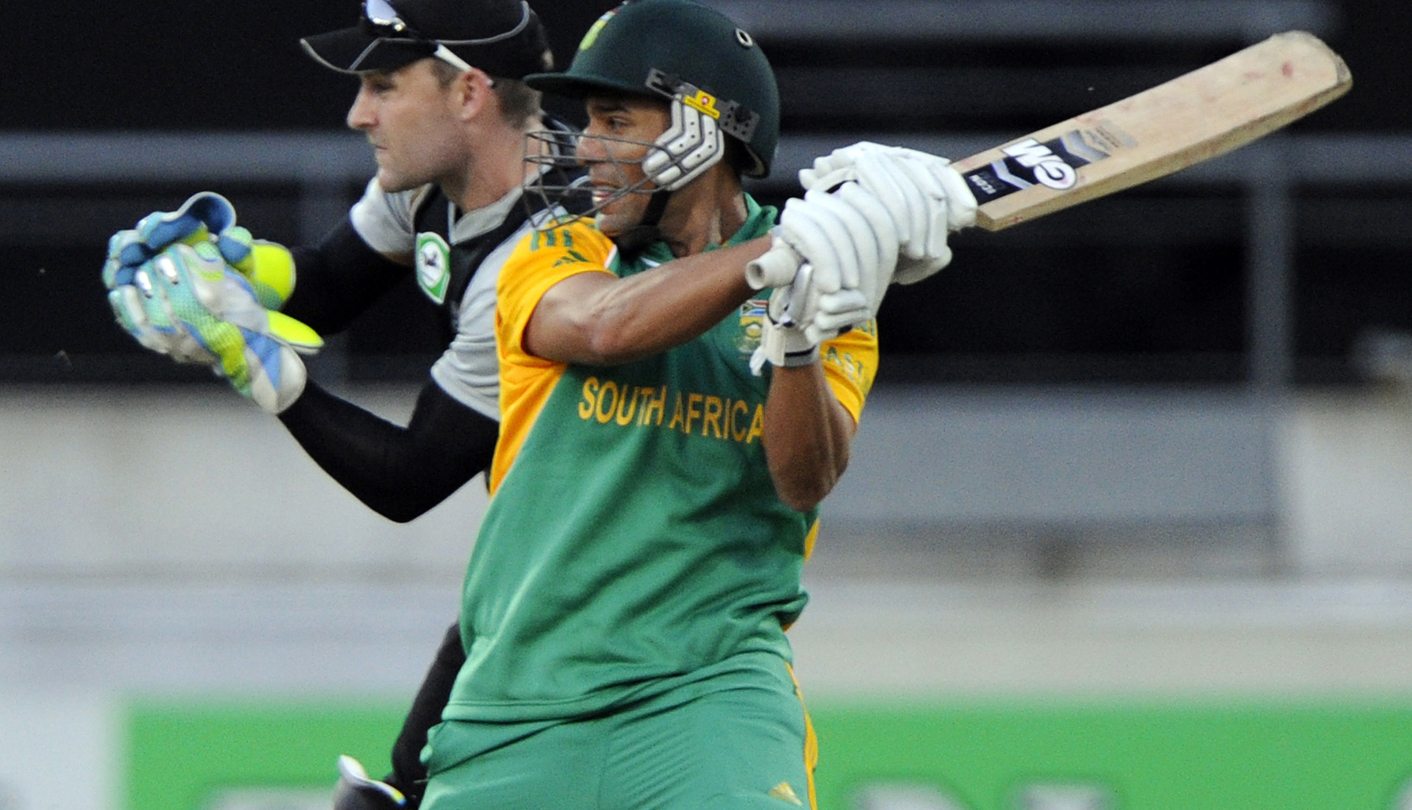 The upcoming three-match, one-day international series between South Africa and New Zealand will surely serve up a few enjoyable nuggets of cricket, but it will do so with absolutely no context and will feel like nothing more than a stop-gap pacifier to appease stakeholders. By ANTOINETTE MULLER.

In the next few days, you might find yourself wondering what exactly the point is of South Africa and New Zealand playing a three-match series against each other in winter. At any given time during the series, which begins in Centurion on Wednesday, either side will be missing a few key players. Whether that’s South Africa deciding to rest some of its stalwarts or Brendon McCullum and others simply deciding they won’t bother showing up for the series, this is hardly full-strength, intense stuff.

The answer to the “what is the point” question is not “to watch AB de Villiers be AB de Villiers”. While that particular exercise is one that is frequently savoured, it’s not exactly a reason to hold a three-match, one-day international series. This little jamboree against New Zealand is the first of many completely pointless one-day series to be played over the coming months and it highlights one of cricket’s many issues – the lack of context.

South Africa and New Zealand have both already qualified for the Champions Trophy, the next World Cup is far away and the rankings in one-day cricket hardly mean anything, so the purpose of this exercise is nothing more than a contextual nuisance.

Cricket continuously falls short not just in context but in global appeal. There really is little need for a one-day series other than to appease broadcasters and stakeholders. Nobody begrudges these people the honour of making a few bucks but the game cannot go on like this time and time again and expect fans to remain interested, especially as more and more players opt to sit out whenever they like. Part of the appeal of sport is the big picture. Following a team across its trials and tribulations where intense highs and depressing lows all come with consequences, even at international level. Outside of so-called “World” tournaments (which aren’t really world tournaments at all” cricket has no substance. Yes, when we’re old and grey we might sit contently in our rocking chairs relaying tales of how De Villiers suddenly sprouted hair and hit yet another ridiculous shot for a ridiculous 100 to the next generation, but when they ask what the point of it all was, we will struggle to find an answer.

While there is no doubt the upcoming one-day series will serve up some enjoyable nuggets of cricket, it really isn’t a great advertisement for the International Cricket Council and the so-called “Big Three” who are holding world cricket to ransom.

While other sports continue to grow at a rapid rate and expand their global footprint, cricket chooses to remain insular time and time again. Cricket South Africa themselves deserve some credit for bucking the trend with the upcoming “Africa Cup” – a Twenty20 series that will see South Africa’s provincial teams compete against Namibia, Zimbabwe and Kenya – but globally, the sport remains elitist and crude and it is never more evident than in a one-day series that could, with a little bit of context, actually have been quite an interesting one.

Cricket South Africa can invite teams from outside the realms of Test cricket until they are blue in the face, but until the game stops existing to serve only an elite few, there will be a risk of series like the one between South Africa and New Zealand being dull and boring.

With a World Twenty20 around the corner, imagine that instead of a bunch of wasteful one-day internationals, Twenty20s that actually counted towards qualification for the tournament were being played by all those teams now taking part in the “Africa Twenty20 Cup”. It is not often that the words “Fifa” and “right” are used in the same sentence, but despite its moral barrenness, football has actually gotten it right. And, despite detractors saying it will stifle the game’s finances, Fifa has proven that if you grow the game, so the finances will grow too.

By continuously blocking the pathway for all nations to become sustainable and compete with everyone else, cricket’s administrators are shooting themselves in the foot through their greed for power. But what goes around comes around. Greed keeps men forever poor, even the abundance of this world will not make them rich. DM