Kenan Malik: Freedom of speech is under threat but not from government censorship 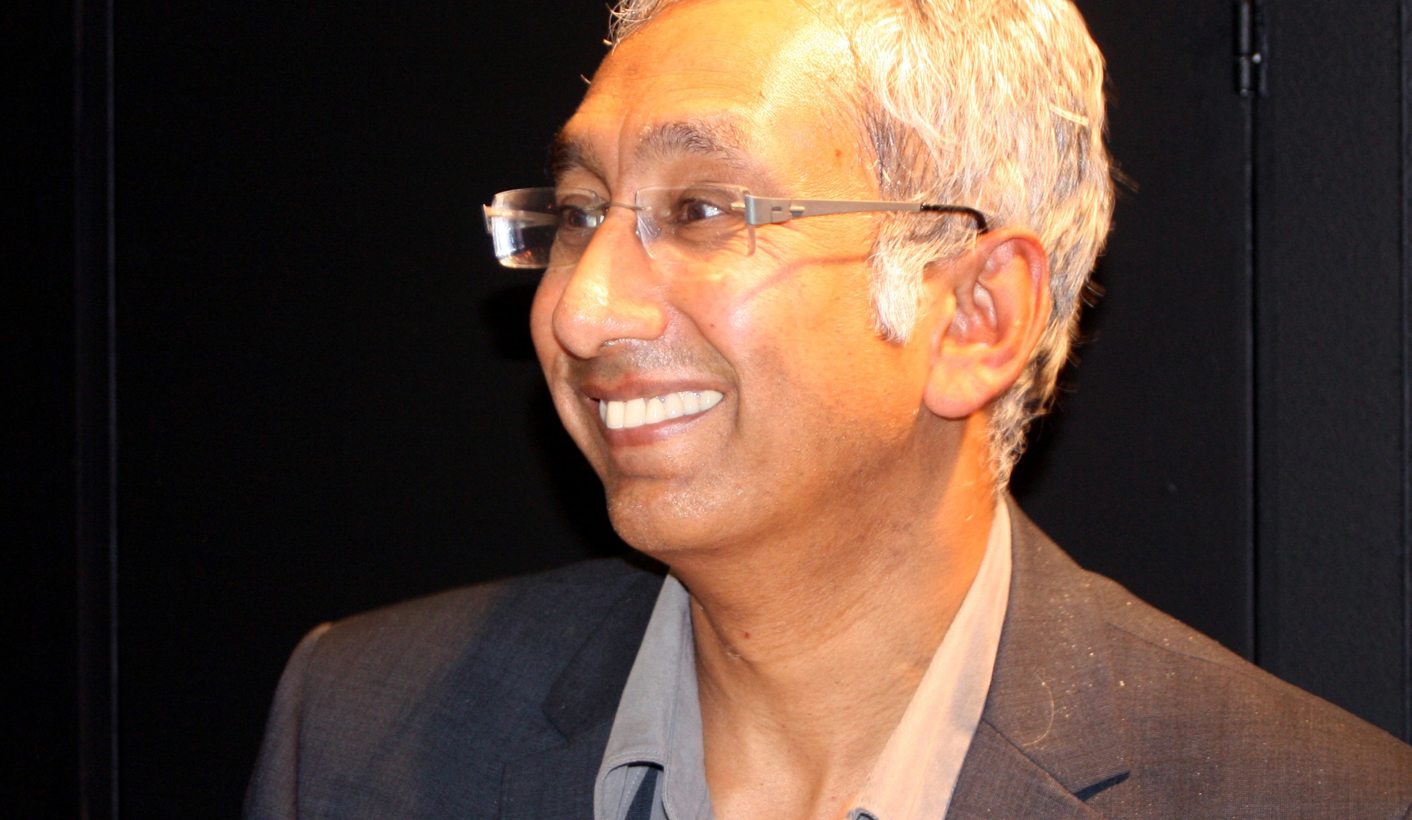 Internationally renowned broadcaster and writer Kenan Malik was in town this week to deliver the University of Cape Town’s annual TB Davie Memorial Lecture. Malik warns that free speech is under threat – but not necessarily in the ways we fear most, like government censorship or Charlie Hebdo bombings. By REBECCA DAVIS.

Kenan Malik’s lengthy list of publications didn’t save him from Home Affairs’ new regulations. Malik’s trip to Cape Town was delayed after the birth certificate he produced to enable his daughter to fly with him to South Africa was found not to be the right type. “And I thought British petty bureaucracy was bad enough,” Malik tweeted.

Having eventually made it over, Malik was met with a warm welcome at the University of Cape Town (UCT). The British author’s main areas of academic interest are theories of race and identity – matters that have been occupying a significant amount of space at UCT in recent times. No stranger to controversy, Malik has in the past argued against multiculturalism and defended experiments on animals.

Malik’s topic was “Free Speech in the Age of Identity Politics”. UCT’s Academic Freedom Committee chairman Jacques Rousseau said in his introductory remarks that it had become common for ideas to be dismissed on the basis of who expressed them, rather than their content. By way of example, he cited the recent row that erupted when a group of  Hollywood celebrities publically called on Amnesty International to reconsider its position on the decriminalisation of sex work.

A common view appeared to be that these women did not have the right to speak on the issue by virtue of their wealth, privilege and the fact that they were not sex workers – regardless of the quality of their viewpoints. (See: ‘In this prostitution debate, listen to sex workers not Hollywood stars’ .) In this manner, invoking identity politics increasingly outweighs concerns about freedom of speech.

Malik’s view is that freedom of expression is currently under threat in ways quite different to 50 years ago, and in ways that might be quite hard to perceive. New forms of censorship are more “insidious”, Malik holds, because they might not be recognised as such.

One such form is the growth of regulations against “offensive speech”, with the definition of “offensive” being both broad and vague. In universities these days, lecturers are often warned to preface material with “trigger warnings” to protect students from potential harm. Malik said the notion of trigger warnings originated with Vietnam veterans suffering from post-traumatic stress disorder: the idea that being unexpectedly exposed to material which reminds you of a past trauma can cause new trauma.

These days, he suggested, the list of what warrants trigger warnings has been expanded to the point of absurdity: references to terrorism, gun violence, drunk driving, slimy things and holes.

“Wouldn’t it be easier just to put a trigger warning on life itself?” Malik asked.

He stressed that trigger warnings are not a form of censorship as such. But they entrench the idea that merely discussing something can cause harm, and they reinforce the notion that certain identity groups (such as women) are inherently vulnerable and require special protection from language.

“Harm is now the everyday, constant effect of almost any kind of speech,” Malik said. The consequence is that censorship has come to be seen as a politically progressive act; a means of protecting people.

How has this become the case? Malik suggested two possibilities: the rise of identity politics, and the popularisation of the idea of the “therapeutic society”.

While identity was always an intimate part of political discourse, Malik posits that political affiliation in the past was shaped largely by attachment to ideologies, which were often framed quite broadly: right versus left, etc. The end of the Cold War, the collapse of the Left and the post-colonial movement all played a role in erasing these broad ideological divides. What has replaced them are separatist movements and a respect for difference: values shaped by identity more than ideals.

In tandem with this process, Malik proposes the rise of the therapeutic society. This lens sees social problems as psychological problems. It paints the world as fundamentally dangerous, and individuals as vulnerable. This notion – that people are weak and need protection – normalises the idea of harm.

In this manner, the notion of free speech can be transformed.

“Words can appear not as a way to find a common humanity but as a constant threat to our self,” Malik said. In such a world, censorship can come to be seen as something both necessary and positive.

Diverse societies, Malik says, have the most urgent need for free speech. If we censor ourselves at every turn out of “moral horror” at the thought of offending someone, we overlook the fact that it is sometimes important to offend – because any social progress requires offending some deep sensibilities. The notion of giving offence suggests certain beliefs are so important or sacred that they should be put beyond the possibility of questioning. For this reason, Malik suggests, free speech is especially essential to marginalised groups.

“The real value of free speech is not to those who possess power, but those who wish to challenge it,” he said.

Are there any contexts in which Malik would place restraints on freedom of speech?

“I would want society as a whole to draw a line at the incitement of physical violence,” he says.