Cricket: Proteas should let Eddie Leie play as much as...

Cricket: Proteas should let Eddie Leie play as much as possible 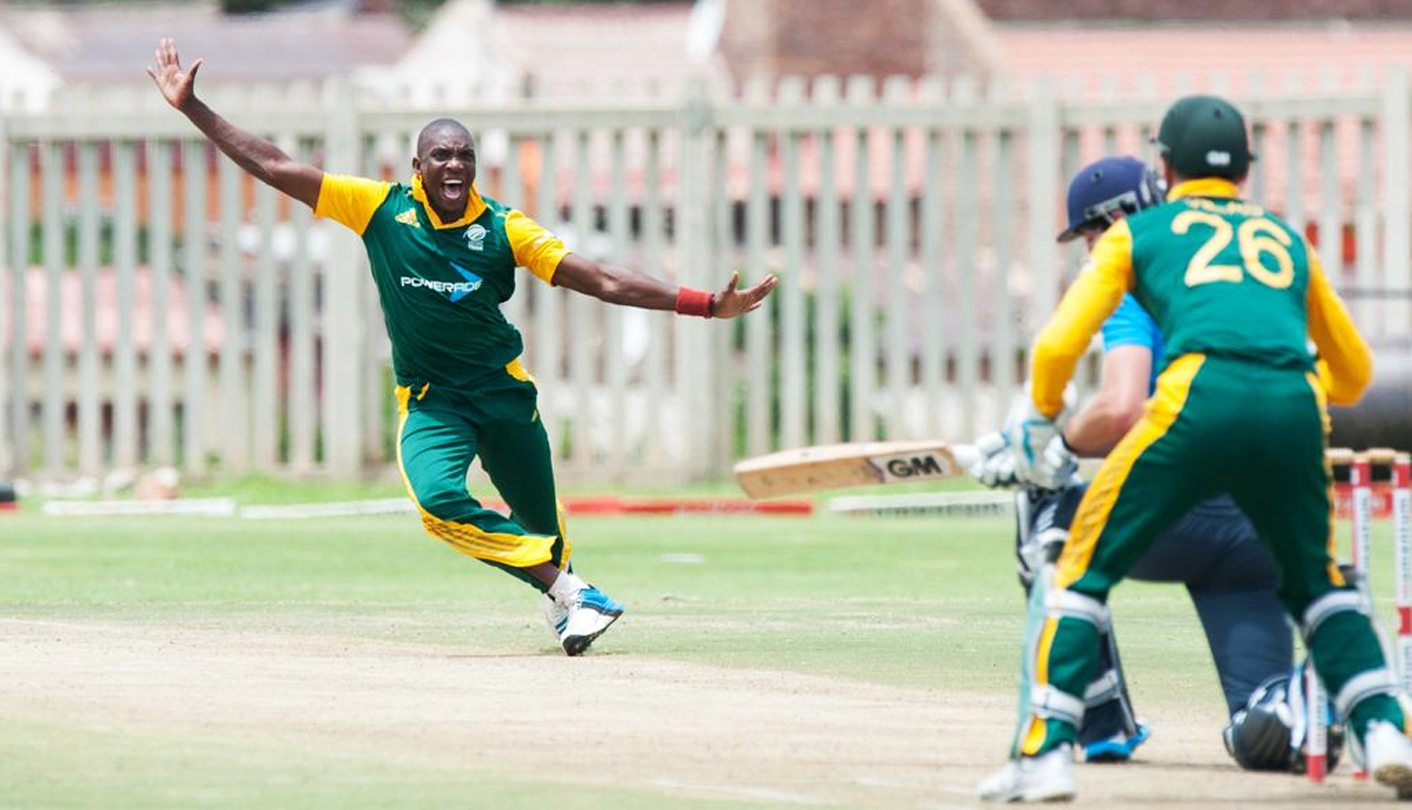 Eddie Leie is a name you’ll hear a lot in the next few months. Although he’s played just a few Twenty20s, he’s a rare breed of spinner and letting him play as often as possible would be to South Africa’s advantage. BY ANTOINETTE MULLER.

The story goes like this: Once upon a time, in a land where bowlers snarl, bowl seam up and usually aim for the heads of batsmen, there was a young kid who began bowling leg spin by complete fluke. One day, when he was bundling about the shop, he picked up a few rocks, tried to spin them and they all turned. That was that. Young Eddie Leie was in the nets bowling leg spin the next day.

Sit net side at practice long enough and you might hear his teammates pipe up with ‘Warnie’ once in a while, but Leie seems himself more in the mould of Mushtaq Ahmed than Shane Warne. In a country that rarely produced spinners (never mind leg spinners) Leie had to look elsewhere for inspiration.

“I watched Danish Kaneria, Shane Warne but Anil Kumble is my favourite. I had a look at Mushtaq Ahmed as well. I tried to learn a lot by watching their videos,” he said in recent interviews.

Fluke, videos and a little bit of patience have all paid off for the 28-year old. In Twenty20 terms, he is relatively green. He’s played just 23 domestic matches, but has managed 29 wickets at an average of 16.00, and recently made his international Twenty20 debut, taking three for 16 against Bangladesh. His effort earned him a spot in the Twenty20 series for the upcoming Twenty20s against Bangladesh, but he missed out on a spot in the one-day international team, with Imran Tahir and Aaron Phangiso taking up the place of the spinners.

It’s a curious case for South Africa who have, in recent times, gone from having no spinner to having an overflow of turners. It’s by no means a bad thing. Competition for positions means nobody is afford any slack and, even more encouragingly, all bar one of the spinners currently in contention are not white.

South Africa’s jam-packed cricketing schedule, which will see them play eight Tests, 13 one-day internationals and 10 Twenty20s between now and next year March, kicks off on Friday. The flux of Twenty20s is, in part, to help teams prepare for next year’s World Twenty20 while the one-day internationals remain stocking fillers with only an underlying end goal: the 2017 Champions Trophy and, eventually, the next World Cup. The glut of cricket presents the perfect opportunity to try new things and with nothing really at stake (qualification is secured for the World Twenty20 and the Champions Trophy) there is no better time to blood youngsters.

While there is no need to harp on about selection too much, it might have been worth South Africa’s while not just to include Leie in the one-day side for the upcoming matches against New Zealand, but also to give him a cap. The domestic season will not start for quite some time and as any player will tell you, there is no practice like match practice.

Spin is a vocation that is not troubled by aging cricketers, but Tahir is already 36. He will be 40 by the time next World Cup comes around. While nothing prevents him playing on until then, having options in the bag is never a bad thing. Phangiso has a few years on his side. He is 31, and has proven to be a useful option in the one-day format.

However, leg spin bowlers are a rare breed and allowing young talents the opportunity to test the waters when there is nothing to lose is not a bad idea. Leie’s domestic one-day average isn’t too great, but allowing him to try to test his skill against the best now will mean he’s one step up when the domestic season rolls around. It would by no means sideline Tahir and Phangiso, but simply show what cloth Leie is cut from. Those who have watched him at domestic level will know that he is attacking, risky sometimes, but fearless. These tactics don’t always work at international level, but giving young players the opportunity to test their skills against top players is a great way to help them map out their future.

Leie will have to tussle it out for a spot in the Twenty20s with Lions teammate Phangiso. On the more spin-friendly pitch of Durban, it might very well be Leie who gets a chance. Whatever happens, for a while to come, South Africa won’t be short on spinners. DM