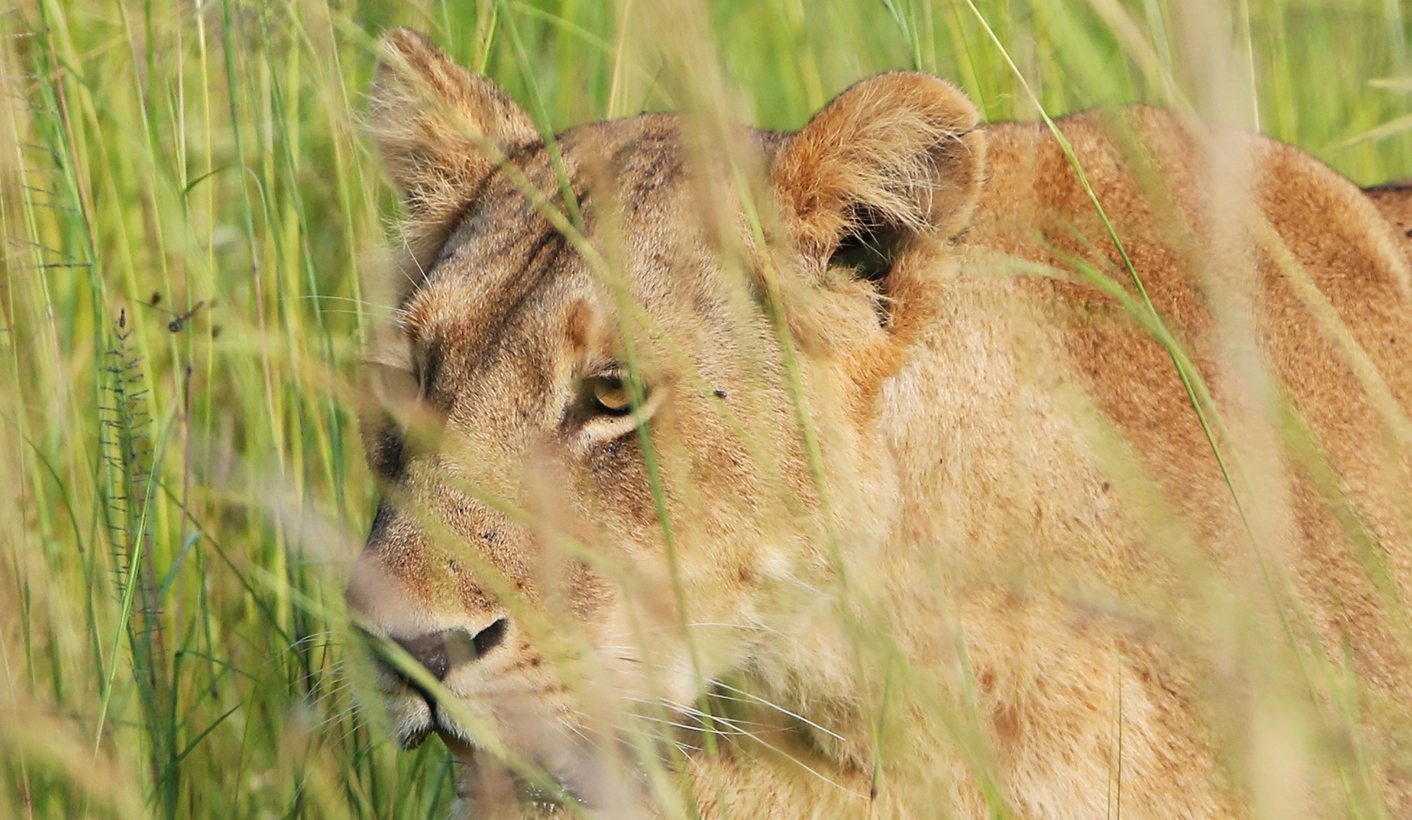 New research suggests things are getting worse for South Africa’s declining wild lion population as the trophy hunting industry is boosting the Asian trade in lion bones. Tiger wine, made using powdered bones, is a much sought after elixir in Asia but tiger numbers are in acute decline and lion bones are now filling the gap, with a sharp increase in lion products in the markets of Vietnam, China and especially Laos. By ADAM CRUISE.

In the first full research report of its kind, the trophy hunting industry in South Africa has been exposed as the main source of East and Southeast Asia’s rapidly expanding lion bone trade.

The numbers of African free-range lions have declined alarmingly over the last several decades due to rampant poaching, trophy hunting and habitat loss.

However, the report, which is jointly compiled by WildCru, the same Oxford University Research Unit studying Cecil the Lion before he was shot, and Traffic, an international wildlife monitoring trade network administered by the World Wildlife Fund (WWF) and the World Conservation Union (IUCN), has noted that things could be getting worse for lions.

In 2008 Asian traders began taking an interest in Africa’s lions when the decline in tigers became acute. Tiger wine, made using powdered bones, is a much sought after elixir in Asia. It allegedly cures a variety of ills and increases strength and wellbeing. With the demise of tigers, lion bones are now filling the gap with a sharp increase in lion products in the markets of Vietnam, China and especially Laos.

The South African Department of Environmental Affairs has raised concerns that the demand for lion bones could potentially threaten South Africa’s 2,300 wild lions.

South Africa, though, finds itself in a unique situation. Apart from the population of wild lions found mainly in the National Parks and smaller private reserves, there are also around 174 captive lion breeding facilities in the country where, at any given time, 7,000 lions are in breeding facilities exclusively used for trophy hunting.

A lion breeder in South Africa can be paid anywhere from $5,000 to $25,000 for each lion bred in captivity shot, but now, according to statistics released by the Department of Environmental Affairs, a breeder can boost his earnings by selling a lion skeleton, which is worth another $1,260 to $1,560 a set without skulls, and up to $1,890 to $2,100) with skulls (depending on the size of the skeleton).

Skeletons are sold to Chinese dealers in Durban or Johannesburg, then shipped to Asia where the product, once boiled down and bottled, could fetch a market value exceeding $20,000.

According to the South African Biodiversity Management Plan (BMP) on lions, not only is the practice of selling lion bones legal, it is fully endorsed by the government, which views lion bones as economically viable and actively “promotes sustainable legal trade in lions and lion products” using a Convention on International Trade of Endangered Species (Cites) regulated permit system.

The South African thinking is that if consumer demand is satiated by a surplus of captive-bred lion products, wild lions ought to be left alone. According to the BMP, breeders keep an average of 104 lions in a facility with an average of 68 lions shot by trophy hunters annually.

The WildCru-Traffic report states: “Trophy hunts from this vast pool of captive-bred lions are now the primary sources of lion bones sold to East–Southeast Asia.” The report reveals that “from 2008 to 2011, the official number of skeletons legally exported with Cites permits totalled 1,160 skeletons.”

However, the report also cautions that “there are flaws in the regulatory systems that have created opportunities to exploit weaknesses in the legislation”.

Permits to hunt lions in South Africa are issued to professional hunters who are obliged to record all completed hunts in a register. The report states that from 1977 to 2011, South Africa issued permits to export 7,014 lion trophies. A trophy normally consists of just the head and pelt of the dead lion. Exported figures should be less than the number of lions hunted since not all hunters take their trophies home.

Furthermore, lion trophies were exported to Laos for the first time in 2009, despite no records of Laotian clients having hunted lions in South Africa. Since 2010, the number of permits issued to export lion trophies to Laos has increased exponentially and dominate the export market for this commodity to the region.

These discrepancies have left many wildlife conservationists deeply concerned.

Dr Luke Hunter, president of Panthera, an organisation dedicated to conserving endangered big cats, worries that the captive-bred trophy hunting industry just “pumps out cats to be shot in cages or shipped to Asia to supply the demand for big cat parts”.

Ian Michler, protagonist and narrator of Blood Lions, a new documentary film that delivers a damning verdict on the captive bred trophy hunting industry, says most of the breeders claim to be involved in conservation, research, education and tourism, but in fact it’s just about the money. “It’s about breeding wildlife as intensively as they can, as quickly as they can, to make as much money as they can,” he explains.

Dr Pieter Kat a trustee with LionAid, a UK charity working globally to save lions, warns that the South African government’s desire to facilitate trade in lion bones will be to the detriment of wild lions.

He maintains that “by stimulating an Asian market for lion products, increased demand will affect lions across the continent as they now have value for poachers and illegal traders”.

Adam Welz of WildAid, a global organisation that works to reduce consumption by persuading consumers not to buy wildlife products, compares the lion bone trade with the tiger bone trade: “Since China began tiger farming in 1986, there has been a massive increase in the number of captive-bred tigers and a massive decrease in the wild tiger population.

“Breeding thousands of tigers in captivity has not halted the decline of wild tigers,” Welz maintains, “in fact it’s created a supply of tiger parts to an increasingly visible market which has stimulated consumer demand for products like tiger bone wine.”

The WildCru-Traffic report said there have been “various reports of illegal lion trade over the years, which seems to have escalated since 2008”.

Kat points out that there is already significant evidence that lions are being poached for their skins and bones in Zimbabwe and Tanzania, and trophy hunting operators outside South Africa have already been approached to sell lion bones. He says it is a short step from there to middlemen arranging for communities to poach and sell lion bones.

The report raises further concerns that the “value of lion bones generated as a secondary by-product of the trophy hunting industry have allegedly motivated farmers to exhume carcasses that were discarded after past trophy hunts and captive mortalities”. These allegations have yet to be verified.

Also, lionesses and sub-adults had little or no value to breeders from a trophy hunter’s perspective, but the growth of the lion bone trade “has generated a previously unexploited value for females and cubs”.

This latest research report, therefore, has flagged a potential problem that there may be an “incentive to breed lions solely for the lion bone trade”. This is something the Department of Environmental Affairs refute. Nevertheless, despite lionesses and juveniles being at risk of being shot primarily for their bones, the trophy hunting industry is the primary source of a burgeoning trade that could potentially have a big impact on Africa’s lions. DM