International Crisis Group: Turkey and the US in Syria – it is time for some hard choices 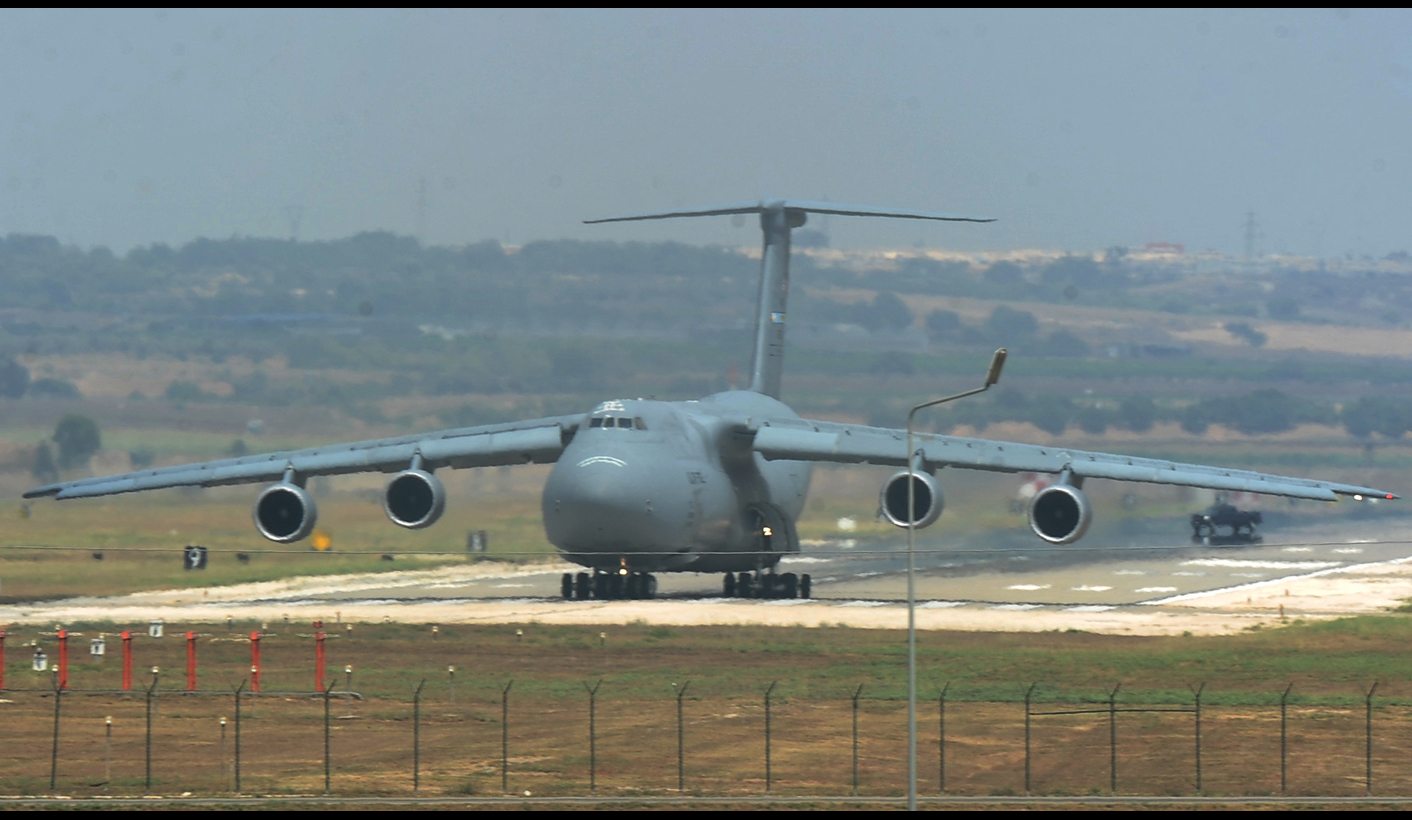 The conflict in Syria appears likely to enter a new phase, with Turkey, the US and Syrian rebel factions working on a plan to seize the last stretch of northern border territory from Islamic State (IS). But the combined effort against IS is not going well and the US will ultimately have to address its policy disconnect to fundamentally degrade jihadi power in Syria. By NOAH BONSEY for the INTERNATIONAL CRISIS GROUP.

Dizzying developments among northern Syria’s local and external protagonists suggest the war may enter a new phase in this strategically crucial part of the country, the ramifications of which could have an impact far beyond. As Turkey, the US and Syrian rebel factions negotiate a plan to seize the final stretch of northern border territory under Islamic State (IS) control, the Turkish government and the insurgent Kurdistan Workers’ Party (PKK) engage in a dangerous escalation, and Jabhat al-Nusra turns its sights on the beneficiaries of overt US support, here are four key points to bear in mind:

1. The US-led effort against IS is not going well.

More than 10 months after President Barack Obama announced a strategy to “degrade and ultimately destroy” IS, US intelligence assessments acknowledge that the group is no weaker. As the International Crisis Group has argued elsewhere, this is due in large part to a fundamental disconnect between Washington’s approach and the conflict’s reality in Syria: the US insistence on focusing narrowly on IS while ignoring the more deadly military activity of the Assad regime, whose reliance on collective punishment and sectarian militias is a prime driver of radicalisation and directly undermines US efforts to empower mainstream Sunni alternatives to jihadi groups. The fact that American planes strike IS and Jabhat al-Nusra targets while allowing regime aircraft to drop barrel bombs on nearby civilian areas strengthens key elements of the jihadi narrative. It also helps explain why al-Nusra’s power has grown in northern Syria since these strikes began and why IS is able to replenish its ranks by recruitment. Recent embarrassments surrounding the public centrepiece of the effort in Syria — an overt programme to train and equip rebels who commit to exclusively fight IS, which has yielded fewer than 60 graduates and recently saw affiliated fighters captured by Jabhat al-Nusra — are indicative of the extent to which US policy on Syria fails to take effective measures to shape the conflict’s dynamics on the ground.

2. The value-added of Washington’s principal ally in northern Syria – Kurdish forces – is diminishing.

Since the US initiated air strikes in Syria, its primary partners on the ground have been the People’s Protection Units (YPG), the armed branch of the PKK’s Syrian affiliate. (Indeed, given enthusiastic US support for the YPG, it is easy to forget that Washington, like Ankara, designates the PKK as a terrorist organisation.) That partnership has been useful to a point: YPG forces have proven effective in capturing Kurdish-majority areas from IS with support of US air strikes. But the Kurdish-majority areas of northern Syria are not contiguous, and the strategic focus in the counter-IS campaign has now turned to Arab-majority areas within the final swathe of IS-held territory along the Turkish border, beginning north of Aleppo and stretching east to the Euphrates River. There, the YPG would be more of a liability than an asset. Already, its capture of Arab-majority towns east of the Euphrates threatens to redound to IS’s advantage, as among anti-regime Syrian Arabs, the YPG is broadly perceived as having failed to meaningfully empower Arab allies, is suspected of pursuing unilateral control of an eventual de-facto Kurdish autonomous entity and stands accused of forcibly displacing Arab residents. If the remaining stretch of northern border territory is to be taken, held and effectively defended from IS, the liberators must be rebel forces with local credibility.

3. Improving results against IS will depend upon genuine coordination between Washington and Ankara.

Ultimately, a fundamental degrading of jihadi power in Syria requires addressing the US policy disconnect. In the absence of political will to do so, however, enabling the seizure of the IS-held border strip would at least disrupt the organisation’s ability to move resources and manpower across the porous Turkish border. Turkey’s influence with (and logistical support to) northern rebel factions render it an essential partner in such a campaign, but the failure of Washington and Ankara to agree on a joint approach to northern Syria has — until recently at least — been a major obstacle. The US is wary of the array of Islamist factions that dominate much of the frontline with IS north of Aleppo, lacks a strategy to divide the mainstream groups from Jabhat al-Nusra (more on which below), and is disappointed with insufficient Turkish action to limit jihadi traffic across its border; Turkey, long frustrated with the Obama administration’s unwillingness to impose a no-fly zone or pursue a serious strategy aimed at achieving President Bashar al-Assad’s departure, has watched with growing concern as US backing has enabled YPG expansion.

A potential breakthrough was reached in July, however, when Ankara and Washington finally agreed on the outlines of a joint effort to empower rebel factions to seize the border strip from IS, and Ankara consented to Washington’s use of US bases on its territory to carry out air strikes inside Syria. The talks producing this initial agreement followed a tangible escalation in Turkey’s effort to crackdown on IS networks and were concluded two days after a suicide bomber suspected of IS ties attacked a meeting of young activists in the Turkish town of Suruç. If enhanced measures against IS operatives inside Turkey continue, these would amplify the impact of a successful campaign to supplant IS from the Syrian side of the border. Little wonder, then, that Washington has thus far voiced support for Ankara amid the current flare-up of violence between Turkey and the PKK.

4. Details of the joint plan to drive IS from its final foothold on the Turkish border will be tricky to resolve and could have major ramifications for the broader Syrian war.

First, while several local factions have been vetted by the US for covert support through the joint operations room run by the state backers of the Syrian opposition (an effort distinct from the overt train-and-equip programme mentioned above), their forces are already stretched thin between active fronts with the regime and IS in greater Aleppo and may not be sufficient to capture and hold the intended territory. Thus the question: Will the US accept the full participation of Islamist factionsclose to Turkey and influential in the area, such as al-Jabha al-Shamia and (more problematically from Washington’s perspective) Ahrar al-Sham?

Secondly, can Turkey and the US reach common ground on the crucial question of whether to protect the border strip from potential regime attacks once IS has been driven out? The fact that Ankara refers to this prospective area as a “safe zone”, while Washington calls it an “IS-free zone”, reflects the rift between the two over the latter’s refusal to join in an effort to halt regime aerial attacks on opposition-held areas. Given that preventing the emergence of effective opposition institutions on Syrian soil is a pillar of the regime’s strategy, Damascus can be expected to eventually strike this territory unless it believes it will face significant consequences for doing so. The White House’s decision, after months of deliberation, that it will provide air support to defend beneficiaries of its overt train-and-equip programme in the event they are attacked by regime forces is significant, but its ramifications for the intended “IS-free zone” are unclear. Will graduates of the overt train-and-equip programme remain within this area after it is taken from IS, and if so would the US pledge to defend them prove sufficient to deter regime attacks on the entirety of the zone?

Thirdly, given Jabhat al-Nusra’s influence north of Aleppo, how will the US, Turkey, and their rebel partners exclude it from the operation and intended “IS-free zone” (a US priority), while preventing it from emerging as a spoiler? Al-Nusra’s clashes with and capture of members of Division 30, a rebel faction that has sent some of its fighters through the overt train-and-equip programme, are indicative of how challenging this will prove and may seriously complicate US support to the planned campaign. ?On August 6 2015, al-Nusra withdrew from some of its positions near the IS front as part of an agreement with local rebel factions reached after al-Nusra’s attacks on Division 30; it is far from clear, however, that this will prevent al-Nusra from exploiting or undermining the operation.

These three questions are linked to a familiar problem among the US, Turkey, and other states backing opposition factions: their failure to develop a joint strategy in which the provision of coordinated incentives would bring to the fore wedge issues dividing Syrian “revolutionary” factions that claim to pursue a political future within a pluralistic Syrian nation state (al-fasa’il al-thawria, including Islamists such as al-Jabha al-Shamia and Ahrar al-Sham) on one hand, and transnational jihadi elements (al-salafia al-jihadia, including Jabhat al-Nusra) on the other. If the US and Turkey agree to support the former in establishing an IS-free area protected from regime bombardment, they would find it much easier to isolate the latter (and prevent them from spoiling the project). They would also, in so doing, introduce a model for addressing jihadi challenges elsewhere in the country. DM

Photo: US Air Force C-5 Galaxy Outsize Cargo Transport Aircraft landing at Incirlik air base in Adana, Turkey, 10 August 2015. The US military has deployed six F-16 strike fighters to Turkey’s Incirlik Air Base to participate in the air campaign against the Islamic State (IS) jihadist organization in Syria, US Forces Europe said 09 August 2015. The US Air Force Fighting Falcons were moved to the base along with support equipment and about 300 personnel in support of Operation Inherent Resolve. As part of the operation, the US has been carrying out airstrikes against Islamic State targets in Iraq since August 2014 and in Syria since September 2014. EPA/SERDAR YILDIZ