Ramatlhodi's tightrope act to save jobs on SA’s mines

Ramatlhodi’s tightrope act to save jobs on SA’s mines 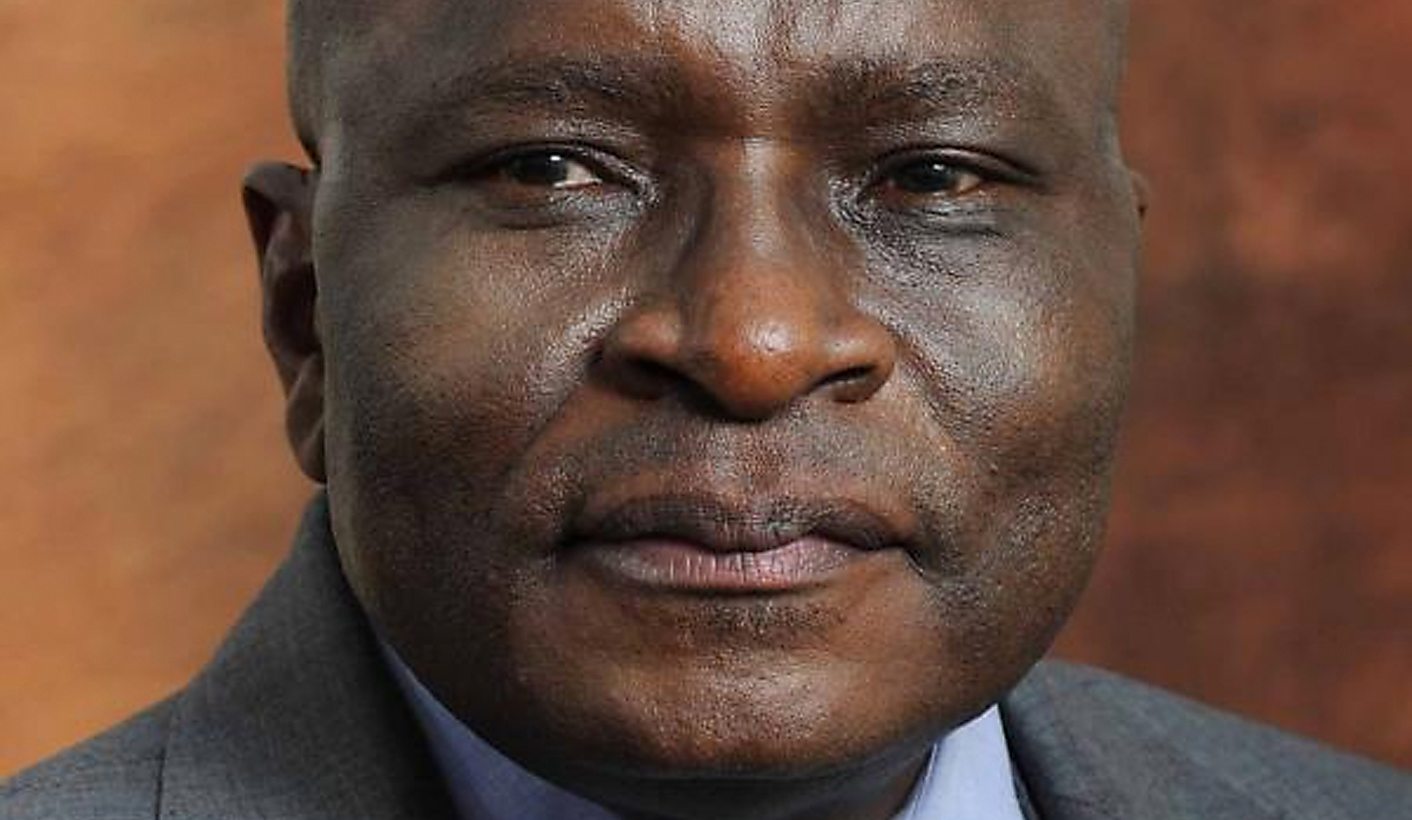 Faced with jobs being slashed across the industry, Mineral Resources Minister Ngoako Ramatlhodi took the first step in addressing the crisis on Wednesday by getting companies, the government and unions together to find a solution. The minister made it clear this week that he is not going to go easy on the mining houses, but if the parties can't find a solution in these challenging times the job losses will continue. By GREG NICOLSON.

“The minister has said that by the end of engagements tomorrow there will be some kind of accord signed, some kind of agreement of the way forward because more than anything else this engagement is about the issue of job-shedding,” Mineral Resources Minister Ngoako Ramatlhodi’s spokesman Mahlodi Muofhe said on Wednesday.

While the mining industry faces low commodity prices and high costs, the minister called companies and unions for talks on how to prevent job losses. Mining houses have announced that they will slash thousands of jobs, forcing the state and the African National Congress (ANC) to confront warnings from the sector in recent years.

Muofhe said it sometimes feels progress is being made in such engagements, sometimes not, but it’s positive thal all the relevant stakeholders are in the room. “At the end of it all, all of the stakeholders realise the importance of moving in the same direction for all the stakeholders – that we shouldn’t shed jobs in the manner the market forces dictate.” The meeting is set to continue on Thursday, and according to BDLive the state wants to harmonise its approach in dealing with the sector to help overcome key challenges.

Muofhe framed the issue as one of overcoming cyclical market forces. Last month the ANC was critical of the planned retrenchments, with secretary-general Gwede Mantashe saying: “All I’m saying is when there are difficulties and problems, players in that sector must get their hands together and not leave it to the employers who just look to profit maximisation and see the cutting of jobs as the obvious.”

“It’s about jobs, jobs, jobs and none of us should leave this place without committing something to the table,” Ramatlhodi was quoted as saying on Wednesday. Economic Development Minister Ebrahim Patel also expressed concern on Talk Radio 702. “Jobs growth over the last three months has been fairly vigorous, but the mining industry is in trouble,” he said.

The Chamber of Mines said it is committed to the work of the stakeholder meeting and the task teams set up to investigate practical interventions, which are due to report back next week. “The meeting was constructive and comes at a critical juncture as mining companies face a ‘perfect storm’ – weak commodity prices combined with spiralling costs. The mining industry is supportive of collaboration between all stakeholders ensuring that the mining industry continues to play a fundamental wealth creation role in South Africa,” said chamber CEO Roger Baxter. He was accompanied on Wednesday by chamber office bearers Mike Teke, Graham Briggs and Andile Sangqu, as well as Anglo American Platinum CEO Chris Griffith.

Mining companies have announced plans to cut thousands of jobs and in the current round of wage negotiations in the gold sector producers are warning of further losses if a sustainable agreement can’t be reached. AngloGold Ashanti, Evander Gold Mines, Harmony and Sibanye Gold tabled what they called their final offers last week. The offers would see entry-level workers receive a guaranteed sum, including basic wages, allowances and medical and retirement contributions, of between R12,800 and R13,200 a month in the third year of the deal. The offers vary according to the companies, with AngloGold Ashanti and Sibanye offering increases of R1,000 a month and Harmony on the other end of the scale offering a R500 per month.

While the gold producers will meet the sector’s largest union, the National Union of Mineworkers, Solidarity and Uasa on Friday, the Association of Mineworkers and Construction Union (Amcu), with the second-highest representation, has already rejected the deal, leading to a potential stand-off and a possible strike for its members. Amcu claims mining companies always cry poverty during wage negotiations, but planning scenarios prepared by the gold industry say that if profitability does not improve and costs remain higher than gold prices, in the next decade production could halve and employment could be reduced by 43%. That could mean a loss of around 52,000 jobs in a sector that’s already seen jobs cut by 25% in the last five years.

Democratic Alliance mineral resources shadow minister James Lorimer on Wednesday welcomed Ramatlhodi’s intervention “but only as long as it’s done properly”. He called on the minister not to dictate to the companies but “give them some certainty and some hope that when the bad times are done they’ll be able to make money in South Africa”. “Make no mistake, it’s carnage out there. There are jobs going left, right and centre and there are going to be a lot more,” said Lorimer. He suggested three interventions that could alleviate investor concerns: withdrawing the Mineral and Petroleum Resources Development Amendment Bill, ensuring the historically-disadvantaged ownership quota remains at 26% rather than raising it, and accepting the once-empowered always-empowered principle. Basically, he said Ramatlhodi must not make it any harder for the mining companies.

On Tuesday the minister suspended a mining licence for Glencore Optimum Colliery, which the company was already putting into business rescue, for failing to meet requirements around its retrenchment plans and state social labour plans.

“Minister Ramatlhodi’s threat that other mining companies will meet the same fate if they cut jobs is obviously a reaction to the mounting wave of job cuts announced in the last few weeks that follow a trend of job losses over the past two years,” said Lorimer. The Economic Freedom Fighters, however, welcomed the move. The party called on Ramatlhodi to be tougher on other companies and use the current crisis to push for more state control in mining through nationalisation.

While mining companies met the minister on Wednesday, in Parliament the Department of Mineral Resources outlined new plans to punish those who don’t meet the conditions of the Mining Charter. Instead of fining the mining houses, department deputy director-general Mosa Mabuza said taking 10% of transgressors’ income would be a more effective deterrent. DM