New vaccine may end the biggest Ebola outbreak in histo...

New vaccine may end the biggest Ebola outbreak in history 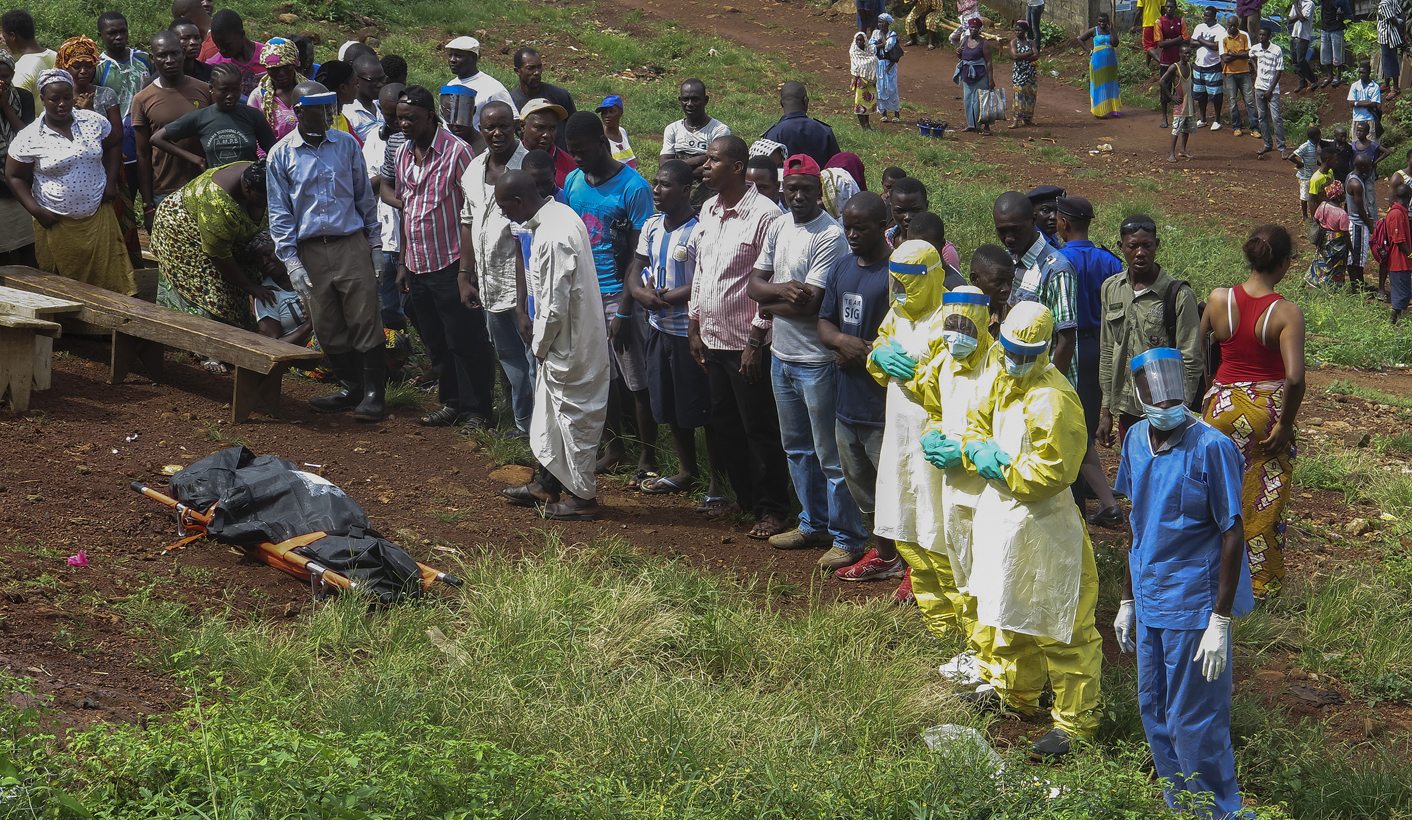 Until now, the fight against Ebola has been an indirect one, akin to joining a battle unarmed and poorly protected. Those at the frontline, healthcare workers and volunteers, treated the symptoms of the infected and coordinated efforts to minimize contagion. But there was no cure, and no means of protecting against contagion. A new vaccine may change all that. By ANDREA TEAGLE.

Over a year – and 11,279 reported deaths – since the beginning of the Ebola outbreak, the first effective ‘armour’ against the virus has been developed. The VSV-ZEBOV vaccine showed 100% efficacy in offering protection from Ebola virus, according to preliminary results published in the Lancet on Friday. The vaccine is the result of a massive collaborative effort between the Guinean Government, World Health Organization (WHO), Doctors without Borders and others.

Beginning in March, the trial involved over 4,000 volunteers, all of whom had come into contact with Ebola patients. The participants were randomly divided into two groups. The first – the intervention group – immediately received the vaccine. To test the protection conferred by the vaccine, those in the second, or control, group were given the vaccine three weeks later. (Usually the control group is only given a placebo; however, this was decided against for ethical reasons).

Although the Ebola outbreak has been largely extinguished, the vaccine could prove instrumental is ensuring that it does not flare up again – as happened in Liberia in earlier this month and in Guinea in May.

Says Jens Pederson, Humanitarian Policy Advisor for Medecins sans Frontieres, “The prospect of having a preventative measure – a vaccine in other words – to help stop the transmission and bring the outbreak to zero cases is a very important milestone.”

The vaccine encodes a protein from the Ebola virus into an unrelated virus called VSV, which is harmless. A single dose of the modified VSV triggers an immune response in the human body involving the production of antibodies able to recognize and fight the Ebola virus.

Although the results are very promising, the researchers emphasize the need for further study. In particular, the longevity of the vaccination is yet to be seen. Whether the vaccine will provide protection against future outbreaks is also unclear.

“There has been very little mutation historically recorded in Ebola, says Pederson, “So there is of course the hope that it will help beyond the current outbreak.”

Going forward, randomization of the trial will be removed so that vaccination is offered to every person believed to have come into contact with the disease. Dubbed ‘ring vaccination’, this strategy was initially designed to eliminate smallpox. In some cases, the ‘ring’ will be relatively small group of people (for example relatives and healthcare workers); in others, it will be an entire village. In this way, it may well help to eradicate the deadly disease.

In announcing the results of the trial Marie-Paule Kieny, WHO assistant director general for health systems and innovation, called the vaccine groundbreaking work that “marks a turning point in the history of health R&D.”

Yet, the success of the trial also highlights the many lives that may have been lost unnecessarily at the start of the outbreak.

The speedy development of the vaccine – from initial testing through to large-scale evaluation – stands in stark contrast to the sluggish response with which the outbreak was initially met. Arguably, it was only once the first Ebola patients appeared in the US, and Ebola became perceived as a security threat, that the international response really got off the ground. By this time, the wildfire outbreak had killed thousands of people in Liberia, Guinea and Sierre Leone.

“The takeaway [from the development of the vaccine] is that when the right investment… and the right resources, are made available, curbing epidemics like Ebola is possible.” says Pederson, “and that is encouraging.” DM