Cameroon and Nigeria join forces to tackle Boko Haram, but are they doing enough? 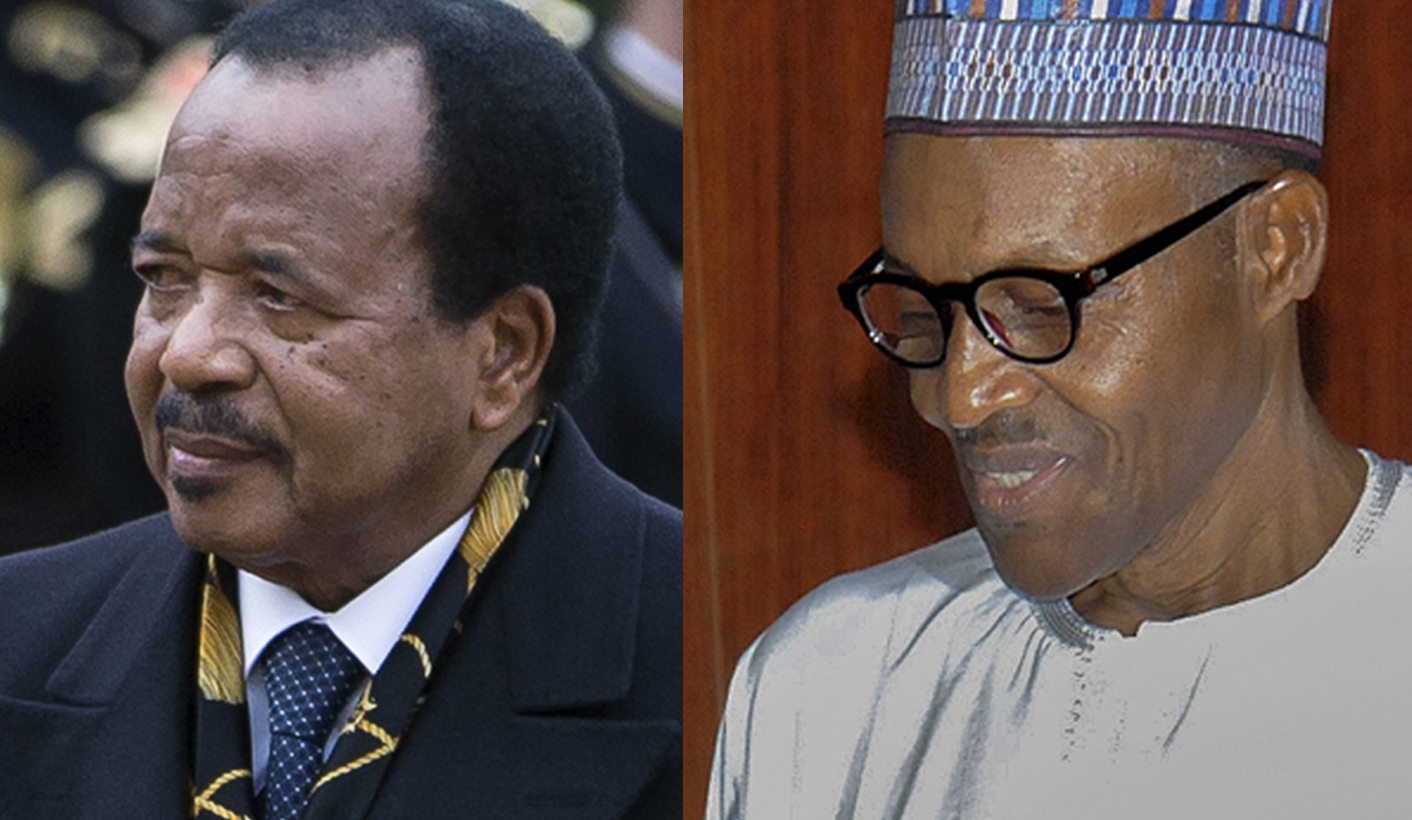 As the fight against Boko Haram enters a new phase, the presidents of Cameroon and Nigeria – the countries most affected by the insurgency – are trying to figure out what comes next. At their meeting in Yaounde, the two presidents discussed co-ordinating tactics and hot pursuit, but analysts worry that they still haven’t grasped the severity, and the geographical scale, of the problem. By SIMON ALLISON.

This week, Nigeria’s new president Muhammadu Buhari – so new that he has yet to appoint a cabinet – paid a visit to his Cameroonian counterpart, Paul Biya. It wasn’t a ceremonial state visit, or a courtesy call, but a working trip: these two have a lot to discuss, and are finally beginning to realise that their fates are intertwined, at least when it comes to Boko Haram.

The last few months, following Boko Haram’s formal pledge of allegiance to the Islamic State, have been a period of change and disruption for the Islamist militant group. A new, co-ordinated offensive from Nigerian and regional forces have pushed it out of much of the territory it once occupied, forcing it to revert to the guerrilla tactics which have served it so well in the past.

“Following a multilateral counterinsurgency campaign which dislodged Boko Haram from areas under its control in north eastern Nigeria, there has been a discernible shift in the sect’s strategy. We have seen Boko Haram revert to an expansive and resource-light asymmetric armed campaign, using suicide bombings in urban centres whilst targeting isolated settlements in hit-and-run raids. The current modus operandi employed by the sect mirrors the tactics used by Boko Haram prior to mid-2014 when it begun capturing and holding territory in rural north eastern Nigeria,” explained Ryan Cummings, chief Africa analyst at risk analysis firm Red24.

As Boko Haram changes its approach, so the forces fighting Boko Haram need to adapt. But this won’t be easy. “With Boko Haram reverting to acts of terrorism and hit-and-run armed raids, both of which leverage off their unpredictability, Nigeria and her allies will need to secure a reliable and extensive local intelligence network to counter such acts of violence. A major concern, however, is that Nigeria’s counterterrorism strategy to date, which has been mired in claims of human rights abuses, has fostered a degree of distrust in local communities and is serving as a significant barrier to the local intelligence gathering … Moreover, while conventional tactics may have proved effective in sparsely populated rural areas in Nigeria’s north east, replicating such strategies in heavily populated urban settings where Boko Haram possesses an operational presence may prove difficult,” said Cummings.

These issues lie at the heart of the meeting between Buhari and Biya, who are rumoured to have a frosty relationship: Biya skipped Buhari’s inauguration, and the Nigerian president visited Chad and Niger two months ago, indicating a reluctance to engage too closely with Cameroon.

There are some signs that the relationship is evolving. At the meeting, the two leaders agreed to intensify intelligence sharing between their security forces – a key element in tackling a cross-border threat. Even more encouraging is the decision to allow the 8,700 troops of the Multinational Joint Task Force – headquartered in Chad and comprising soldiers from Benin, Cameroon, Chad, Niger and Nigeria – to cross national borders in pursuit of Boko Haram militants. “All the countries agreed this operation will not recognise international boundaries – wherever terrorists are they will be chased to these locations and they will be fought until they are finished,” said a Nigerian government spokesman.

Africa director for the Terrorism Research and Analysis Jasmine Opperman warns that while significant, this decision does not equate to the necessary tactical shift. “Hot pursuits will have the same limited impact what we have seen in the past, where Boko Haram cannon fodder will be attacked and a perception created that areas are cleared. It will have a limited impact on Boko Haram’s cell presence and its ability to execute attacks such as suicide bombings.”

Questions also remain about Biya’s attitude to Boko Haram. Biya tends to treat Boko Haram as a Nigerian problem that spills over the border, which is not strictly accurate – and has implications for the response. There was no sign, following the meeting with Buhari, that Biya has changed tack.

“This perspective holds Boko Haram as a problem that comes from Nigeria and that can be prevented by an increased military presence on the border. This is flawed … the threat of Boko Haram to Cameroon is not only coming from Nigeria. No matter how many troops are deployed, if regional states do not face up to the realities of Boko Haram as a regional problem, counter offensives will fail. Recent attacks in Chad and Cameroon is already proof that.”

Cummings concurs: “To date, Biya has not explicitly acknowledged an established Boko Haram presence in northern Cameroon and has limited his response to the sect by deploying additional forces to the country’s north western border with Nigeria. This strongly suggests that Biya continues to view the Boko Haram threat in Cameroon as being rooted in neighbouring Nigeria, implicitly dispelling claims that Boko Haram could have grassroot levels of operational and logistical support in Cameroon. The fact that Cameroon is calling for the ability to conduct hot pursuit operations in Nigeria further reinforces the narrative that the solution to the Boko Haram paradox is limited to the actions (or inaction) of the Nigerian government,” he said. DM